Peace is only narrow when we allow it to be.

The first full day of Global Peace Film Festival screenings and events has come to a close.  Reflecting on this first day, I am left with the feeling that "Global Peace" as a theme ostensibly feels so narrow and yet through the dedication and hard work of the festival's director and programmer, the topics and themes covered by the films screening here are seemingly endless.

In addition to the huge honour of being invited to speak to two classes today, I was also among some of the filmmakers interviewed at the radio station at Rollins College, one of the sponsors of the festival.  Being interviewed with other directors and hearing about their films has been for me one of the highlights of the festival so far.  Festivals are about interacting with the audiences, yes, but these are also opportunities to meet and discuss our work with our colleagues. 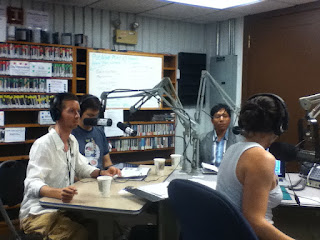 Perhaps because most of us that were being interviewed were directors, we almost seemed to take over the interviews at some points, asking each other and even the DJs questions.  Some of the other filmmakers I had the honour of being interview with were:

Purna Singh Baraily, chairperson of the Human Rights Film Center in Nepal.  Purna has brought with him the short documentary film "Khaati Sunn" that was produced in workshop with his Human Rights Centre.  The documentary was made by and about women in rural Nepal, and screens Saturday and Sunday (more here) 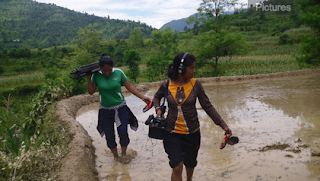 Charlie, Gage, director, "Inspired, the Voices Against Prop 8".  Charlie's feature documentary is about Proposition 8, the law that would ban the recently passed order to allow same-sex marriage in California in 2008.  Charlie shared how his film was born almost by accident and that much of the early footage of the protest marches was shot on a $60 digital camera set to 'movie mode'.   I had the honour of attending the screening of "Inspired" tonight and it struck me how universal this film is; yes, on one level it is about gay marriage, but it is very much about an individual's rights and how the laws in a country affects each of us.  After the film, a woman in the audience shared her own story about how her marriage with a man of a different race would have been outlawed in this country until just relatively recently.  The film screens again Thursday, and I highly recommend it.  (more here) 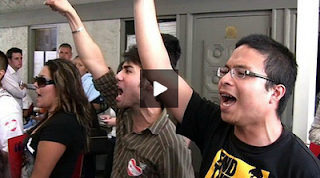 Brad Rothschild, director, "Kinderblock 66: Return to Buchenwald".  "Kinderblock" follows four men, who as boys were imprisoned in the same concentration camp, as they return to commemorate the 65th anniversary of their liberation.  I also had the honour of attending the screening of this feature documentary that was held tonight at the Holocaust Center.  During the opening of the film, the four elderly men are given flip cameras to record video diaries of their memories and their preparations to return to the concentration camp where they had been held so many years ago.  As they were given these cameras to use and taught how to use them, the tears started flowing and never stopped.  A truly powerful film.  The film screens again on Thursday and is not to be missed.  (more here) 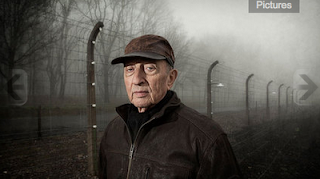 Jonathon Eason and Chris Ramsey, producers, "Marching to Sanford", a short documentary film which follows a group of students as they march in protest of the Trayvon Martin shooting.  Jonathon and Chris remarked on how the use of cell phone cameras and modern technology was putting the power back in the hands of the activists and how they were actually 'scooping' news reports that would traditionally have been picked up (or not) and controlled by mainstream media.  (more here) 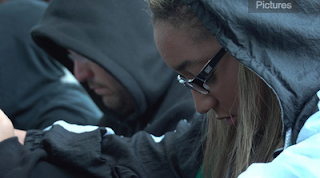 Steve Roese and Shawn Small, director/ producer, "Ru: Water is Life", a short documentary about the importance of water in the life of the people of South Sudan through the eyes of a little girl.  The film documents a very important week in the life of the little girl, whose days are spent on one task: fetching water for her family.  For the first few days, Shawn documents her life of walking several kilometers to get water, which which she then carries back on her head, continues as it has for years.  A well is then drilled near her home by a local Sudanese company established by Steve (an American).  How will having  abundant safe water, a necessity that so many of us take for granted, change her life?  I look very much look forward to the film's screening on Thursday.  (more here) 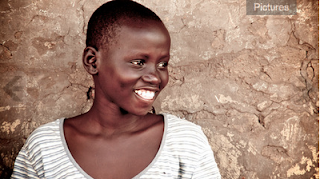 It was an amazing experience to meet these guys and hear about their work.  At one point the DJ interviewing us complimented us on the wide variety of topics that our films cover.  But as I stated in the beginning of this post, this reflects not on us as filmmakers; after all, there are films in the world about almost everything.  The wide variety of films here is the result of the careful curation that Peace Film Festival undergoes in order to bring the audiences an amazing and ecclectic collection of films.
Before coming here, I realize that I had thought that "peace" was something much more narrow than it is.  Now I know that peace is only narrow when we allow it to be.

Off to the cinema...