It was an honour to travel to Germany and Berlin over the past ten days to present two of my documentary films during events marking the 5th anniversary of the March 11, 2011, disaster in Japan.  The first of these was on February 27 in Berlin with a work-in-progress screening of my newest documentary at the international congress “5 years living with Fukushima - 30 years living with Chernobyl” sponsored by the International Physicians for the Prevention of Nuclear War (INFO).  This film is my third in my series about families with children living in Fukushima after "In the Grey Zone" (2012 WEBSITE) and "A2-B-C" (2013 WEBSITE).  IPPNW has screened my films before (HERE, for example) and also used my photographs in their publications (HERE, for example).

The congress in Berlin was an amazing opportunity to receive feedback about the film from medical professionals and specifically doctors who have extensive experience both working in and researching  heath effects after the nuclear disasters in Chernobyl and Fukushima.  I will carry their feedback, questions, and comments from the post-screening Q&A led by Dr. Alex Rosen (photo below) with me as I prepare to lock picture, finish the film, and begin submissions. 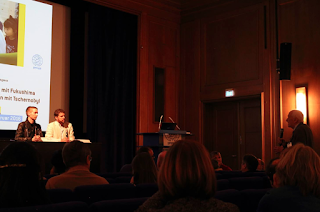 After attending the congress in Berlin, I flew to Cork, Ireland, where I presented my films 'A2-B-C' and the work-in-progress of the newest film in the series, and gave a lecture (March 1 and 2 INFO).  This was at the generous invitation of professor Dr. Till Weingartner, whom I had first met three years ago when he was my "translator" at the world premier of 'A2-B-C' (photo and story HERE).  Dr. Weingartner is now a lecturer in Contemporary East Asian Studies at the University College Cork. 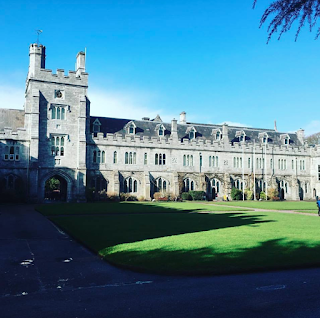 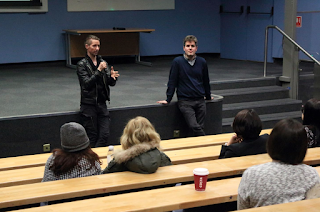 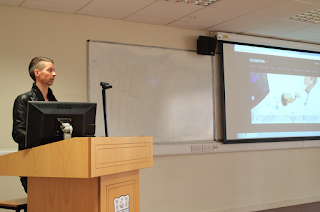 On March 3, we moved on to Dublin, where 'A2-B-C' was screened at the University of College Dublin with the support of the UCD Japanese Society and Experience Japan (INFO).  The pre-screening talk and post-screening Q&A were led by the UCD School of Social Policy, Social Work and Social Justice's Dr. Naonori Kodate (photo below).  It was an honour to screen before an audience of mostly young people and to hear their questions/ comments nearly five years after the disaster. 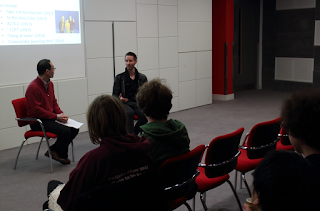 Taking a few days off from work at the end of the trip, I had an opportunity to explore a bit of Dublin and then to take the ferry over to North Wales, where I visited friends and the family grave. 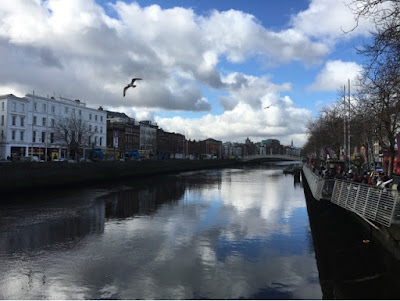 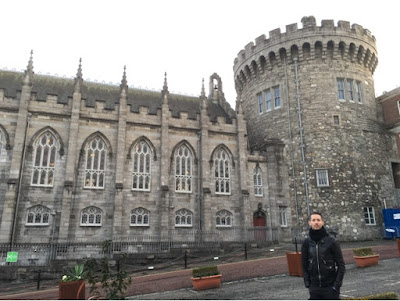 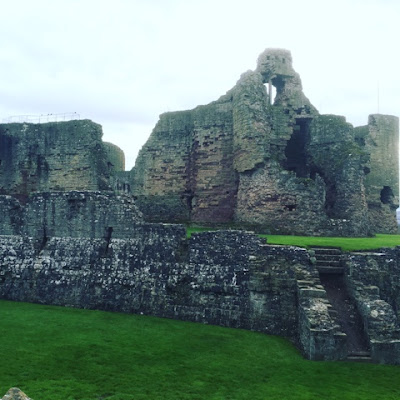 Freshly back from the trip, there is much to think about and reflect upon.  However, there is not much time to settle back in as these screenings were just the first in a series of events I will attend that are marking the 5th anniversary of the March 11, 2011, triple disasters of earthquake, tsunami and nuclear meltdown; I leave tomorrow for domestic screening in Nagano and Fukushima.  Thank you all so very much for your support and encouragement over these five years.
Peace,
Ian
Tokyo, Japan
Posted by Ian Thomas Ash at 6:59 pm