During the marking of the 5th anniversary of the March 11, 2011, disasters, screenings of my documentaries about the effect on children of the nuclear disaster in Fukushima were held in several cities around the world and in Japan (screenings in Canada, Germany HERE, Japan domestic screenings HERE).  Just back from screenings in Germany and Ireland (STORY), my assistant, Rei, and I traveled to Nagano Prefecture on Friday, March 11, to attend screenings of my film "In the Grey Zone" (WEBSITE) on Saturday (screening INFO).

On the way to Nagano, I received a notice about an extremely important press conference that had been suddenly scheduled about a group that had formed for families with children who have been diagnosed with thyroid cancer after the nuclear disaster; it was scheduled for the following day when we were supposed to be in Nagano for the screenings.

This issue of post-Fukushima pediatric thyroid cancer is the main theme of my new documentary, and I felt I needed to be at the press conference in Tokyo.  Arriving in Nagano on Friday evening, I held my breath as I told the screening organizers about the press conference and asked for their understanding in my desire to return to Tokyo first thing in the morning, thus missing the Saturday screenings which I had come all the way to Nagano to attend.  I explained that their desire to show my film and create a dialogue in their community about what has happened in Fukushima was directly tied to my desire to return to Tokyo and continue to document the current situation.  After a long discussion at dinner, during which the board members debated the pros and cons of suddenly cancelling my advertised appearance at the screenings (and during which my nerves did not allow me to eat), the board members decided to give me their blessing to return to Tokyo to attend the press conference and we agreed that I would take part in the post-screening discussion via video phone from outside the press conference directly after it was finished (explanation from the Nagano screening group HERE).


Back in Tokyo after leaving Nagano first thing Saturday the morning, we attended the press conference given by three organizing members of the 311 Thyroid Cancer Family Group, along with two fathers of Fukushima children who have developed thyroid cancer.  The fathers took part in the press conference in Tokyo via Skype from Fukushima, but they did not show their faces and their voices were electronically altered.  During the question period, Rei asked the fathers to talk about their need to hide their identities.  In response, one father expressed concern about discussing his child's thyroid cancer when there was not direct proof it was caused by exposure to radiation.  The other father spoke of his desire to protect his children's future and his fear of the possibility of some kind of repercussion or negative effect from speaking out.


Immediately after the press conference ended, we hurried to a Karaoke Bar near the venue, where we had rented a sound-proof Karaoke box from which I took part in the post-screening discussion of "In the Grey Zone" in Nagano via video phone.

The next day, we traveled to Fukushima, where a screening of my film 'A2-B-C' (WEBSITE) was being held in Sukagawa City in the beautiful (and delicious!) veggie restaurant Ginga No Hotori (screening INFO). 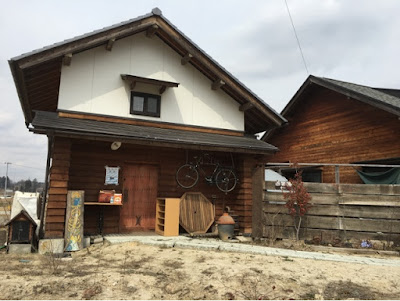 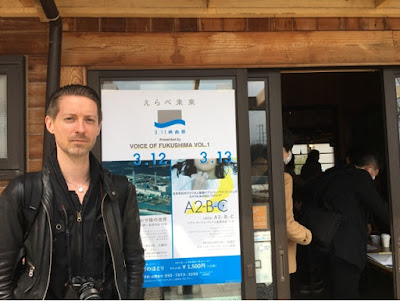 During the Q&A, I was delighted to be able to present a scene from my new film (the work-in-progress I screened in Germany in Ireland) featuring the decontamination activities of Fukushima fathers Mr. Suzuki and Mr. Murakami.  It was an honour to have them both in attendance at the screening and to hear from them directly about their activities. 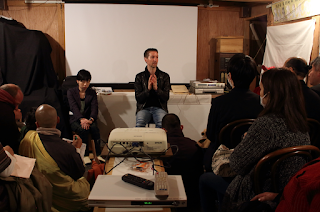 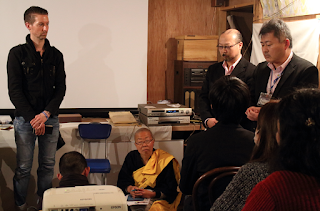 The screening was a wonderful opportunity to see some familiar faces (including one who appeared in 'A2-B-C'!) as well as to meet some new supporters. 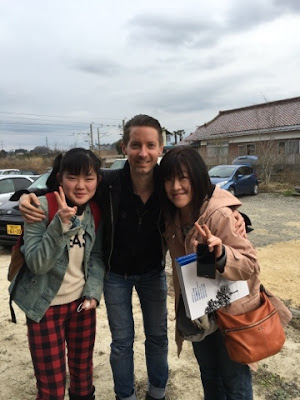 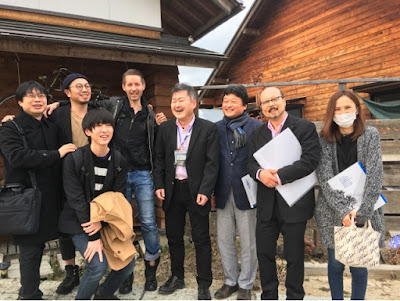