In just a few hours, 'A2-B-C' (website ENGLISH/ 日本語) will open in Tokyo.  For the next three weeks, the film will be screening twice a day in Tokyo (subject to change, INFO).  Yet although this is the first time for one of my films to be screened theatrically, it will not find me pacing in the lobby of a cinema, checking in with the box-office about ticket sales every 5 minutes; tomorrow I will be on a plane to Brazil (via Canada) for the Canadian and South American Premiers of 'A2-B-C' (INFO).

Leading up to today's opening, I have been over-whelmed at the broad and in-depth coverage the film has received, although this has been notably limited to independent and foreign media.  Stories include: 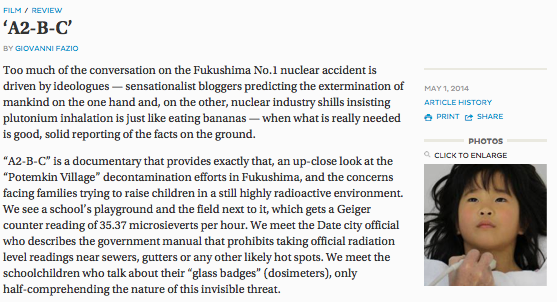 Last week, I was a guest on the internet-based DemoCra TV (Democracy TV).  Originally allotted 15 minutes to speak about the film, due to technical problems with the commercials I was on the program for nearly 30 minutes!
「ドキュメンタリー映画「A2-B-C」のアッシュ監督にスタジオにお越しいただき、お話を伺っています」 (リンク) 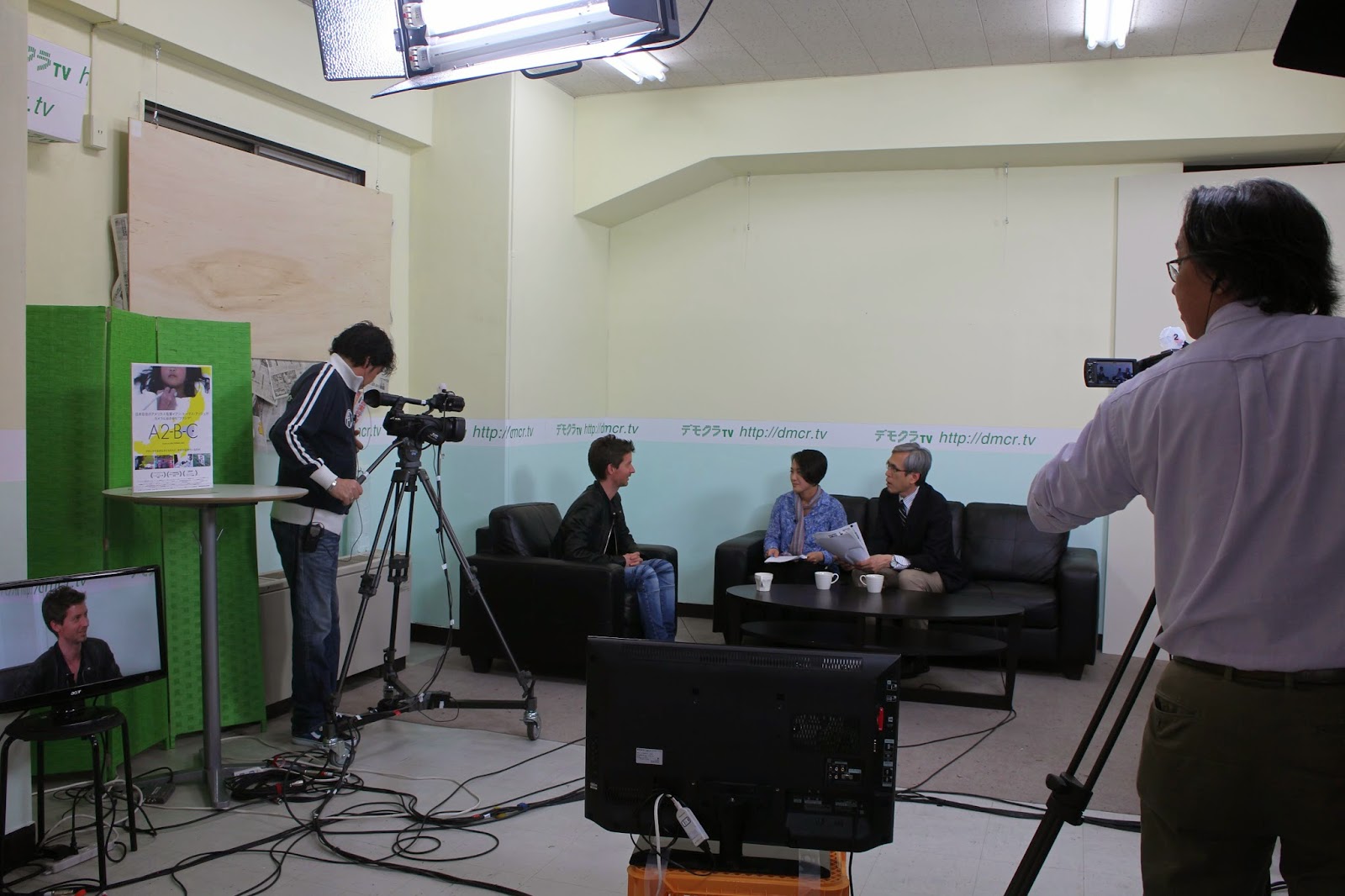 And it was a huge honour to appear on the Tokyo FM radio show Time Line, hosted by Uesugi Takashi, while also receiving a shout-out on the show's Facebook page (PHOTO).
「福島の子供たちに、今何が起きているのか？ 映画「A2-B-C」が描き出す現実」(リンク) 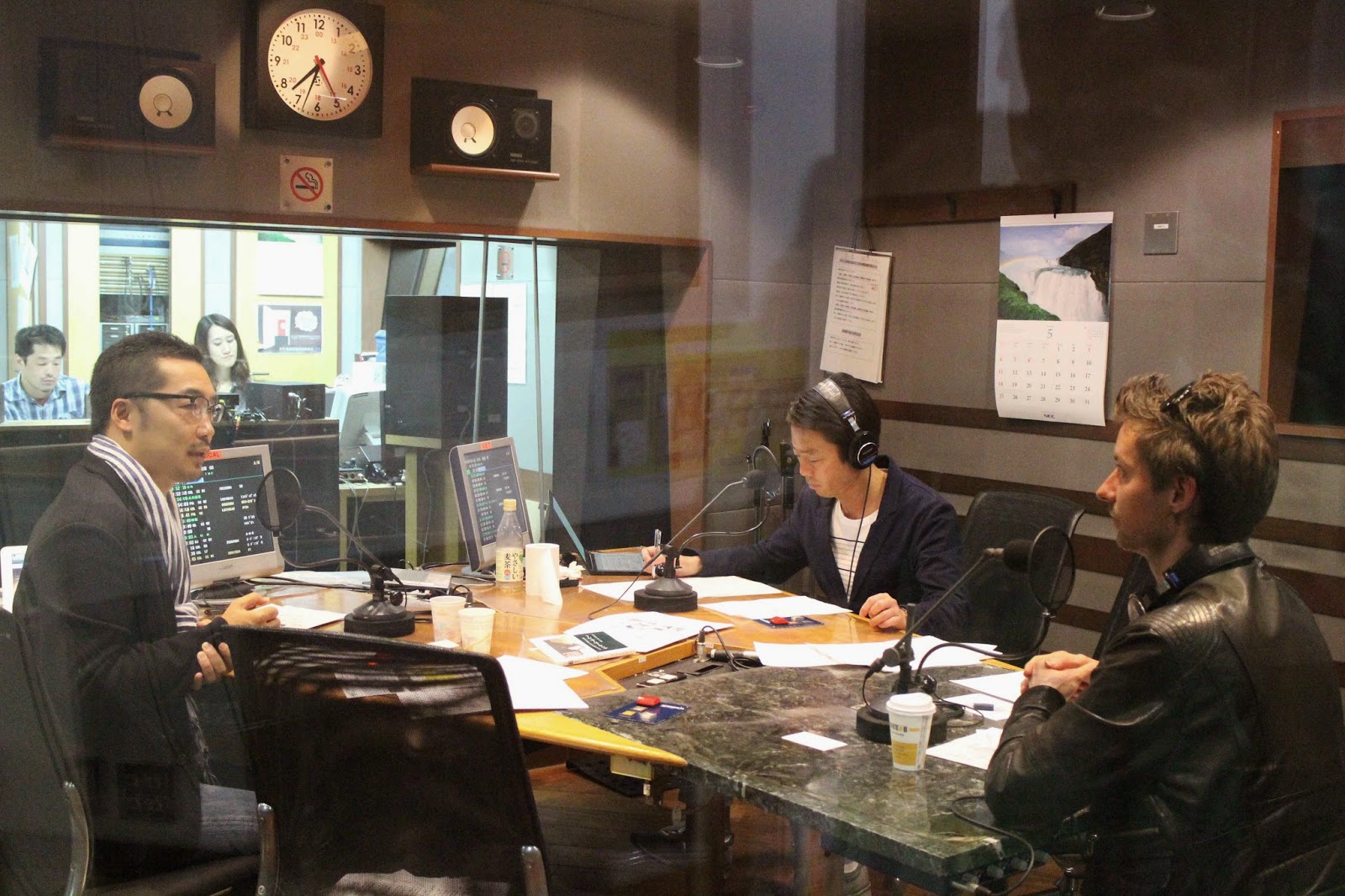 Today, this article on NeoNeo (日本語) written by Suzuki Noriko, a young journalist I met for the second time last week, was published.  Ms. Suzuki was apparently rather traumatized the first time she interviewed me last autumn during the Yamagata International Documentary Film Festival (photo HERE).  After that interview, she wrote very honestly on the NeoNeo blog (日本語) about how I had become quite annoyed with her questions, causing her to become so flustered that she was unable to continue the interview, forcing her colleague, Sato Hiroaki, to take over asking me questions. 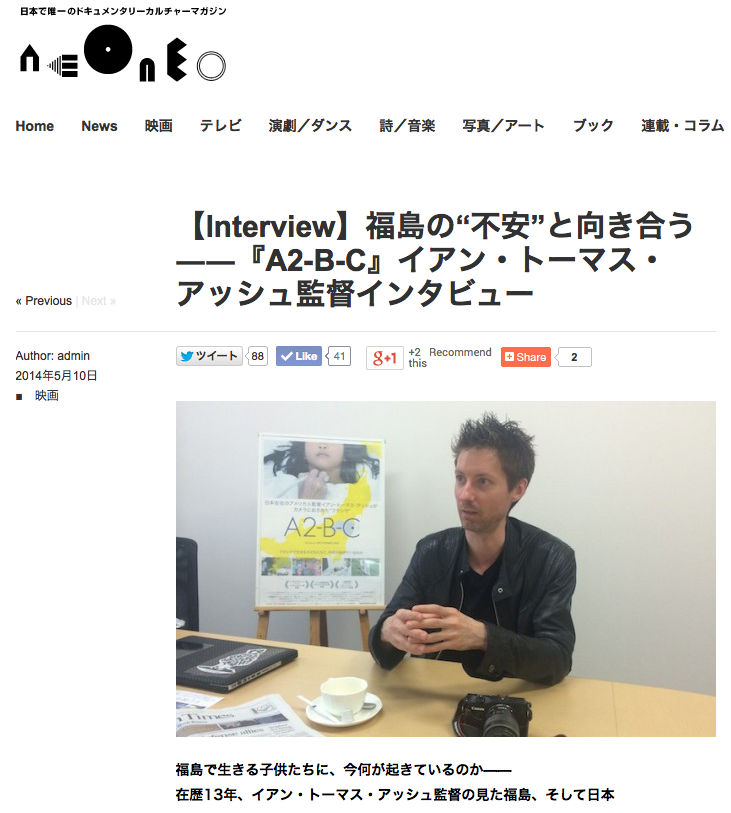 For Ms. Suzuki, interviewing me for the second time had evidently become a kind of personal challenge for her.  Yet although she was apparently quite nervous about meeting me again, it didn't show, and the resulting story shows her adeptness at getting a subject to speak; I revealed things that I had never told anyone before about my work, and even my distributor, who has been my "handler" during these recent interactions with the press, was surprised at some of the details.

And for the record, Ms. Suzuki's first story about the film (during the interview for which she had become traumatized) was extremely well-written.  The English version (HERE) was actually translated from the interview conducted in Japanese (日本語).  This being the first time for me to read an interview I had given in Japanese translated into English, I found myself thinking, "Now that's how you would say that in English" (!).

The film's distributor has also been busy promoting the film, with a Facebook page (HERE) and Twitter account (HERE).  I also recently published a VIDEO of messages to the families in the film (HERE), and the distributor published this report from the recently held press conference (日本語).

These stories just in:

An article in Cinema Today about the Tokyo release:
「福島で暮らす子供たちが直面している現実 アメリカ人監督が捉えた福島のドキュメンタリー映画公開」(LINK日本語) 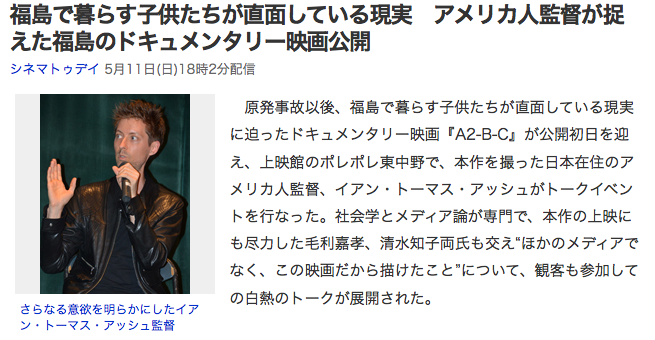 And THIS review in Tokyo Weekender, an English-language publication: 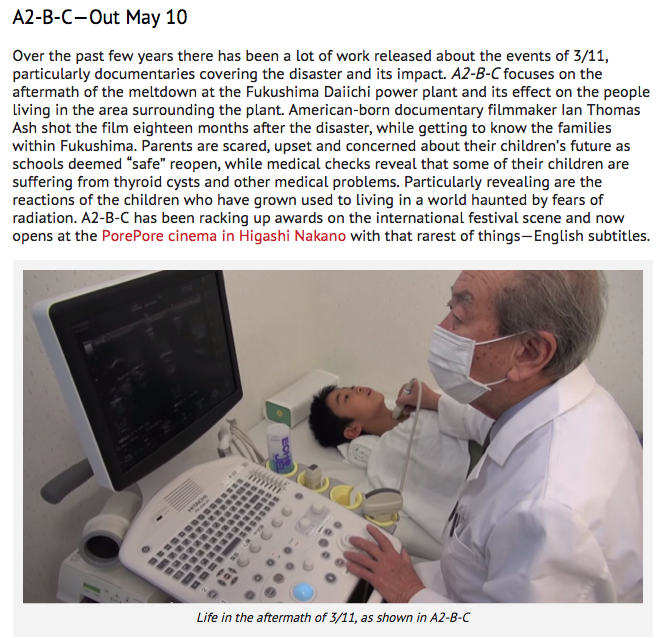