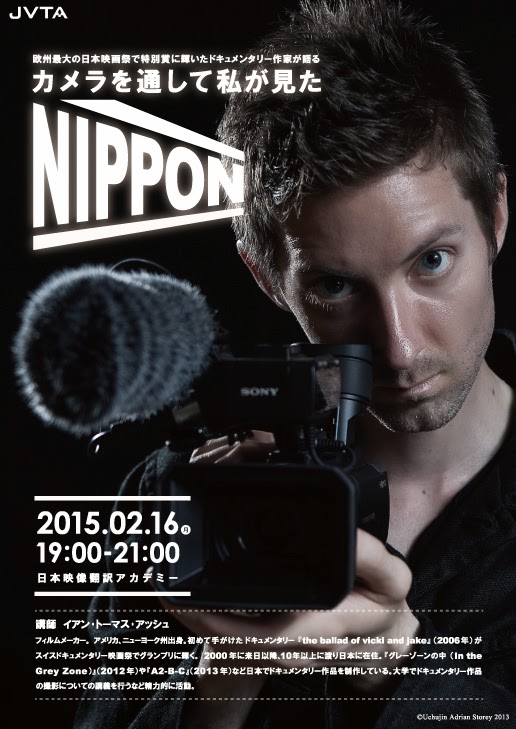 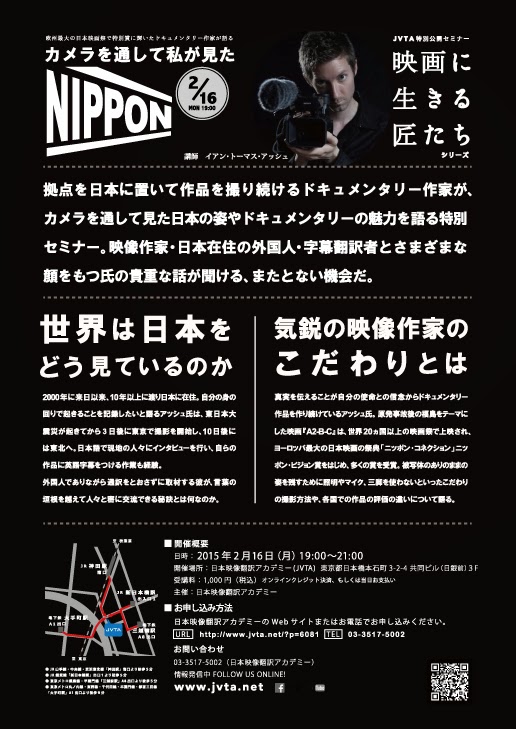 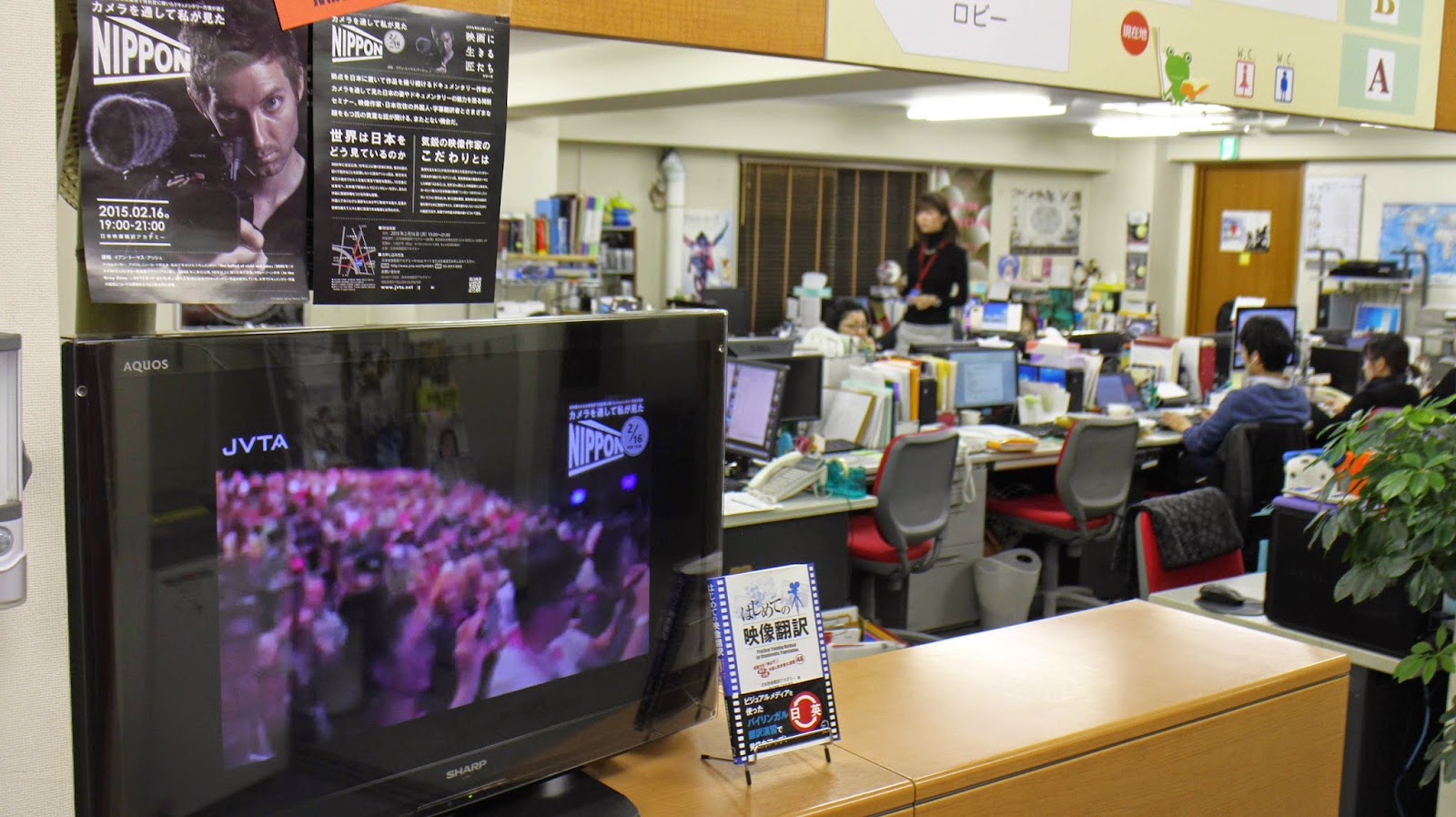 The next time I will be meeting Mr. Ishii and the JVTA staff will be not in Tokyo, but in Germany at the 2015 Nippon Connection Film Festival, where the German premier of my new film '-1287' (WEBSITE) will take place (more info on that soon!).  I am so grateful for their continued support and look forward to our future collaborations.
Posted by Ian Thomas Ash at 11:30 pm