A three-hour train ride from Taiwan's capital, this is my first time in the gorgeous ocean-side city of Hualien, where tonight's screening of my film '-1287' kicked off the Taiwan International Documentary Film Festival (TIDF) tour here (INFO).

Held at Timelight 1939, a former Japanese residence from the period of occupation, the screening was followed by a talk entitled "When Camera Comes in Between: An Intimate Vision" which focused on the ethical and moral boundaries of documentary filmmaking.  Taiwanese documentary director Mr. Shen Ko-shang joined the discussion which was moderated by TIDF Programmer Ms. Fan Wu. 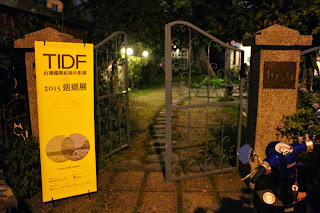 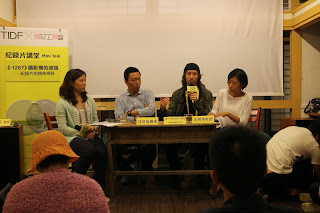 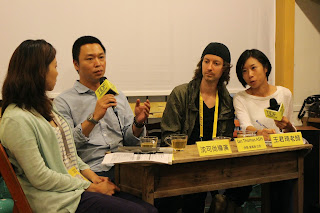 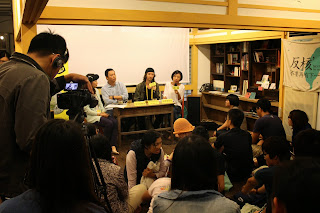 As the talk immediately followed the screening of '-1287', the conversation included questions from the audience specifically relating to the film.  The last question of the evening: "How does one keep a 'safe distance' from one's subject when filming?"

I explained that making a film is no different than any other relationship one has in life.  There is no "safe distance" that can be kept if one ever wishes to have a meaningful relationship.  We must open ourselves up to the possibility of being hurt while trusting that the person we care for will not hurt us.  At a "safe distance" one could never truly know love.

There was a wonderful surprise waiting when I arrived at the screening: TIDF had commissioned Mr. Yan Jhen-fa, the last practicing painter of movie posters in Taiwan, to create a portrait of Kazuko.  More about Mr. Yan Jhen-fa and the lost art of painting movie posters can be found in THIS AP News article. 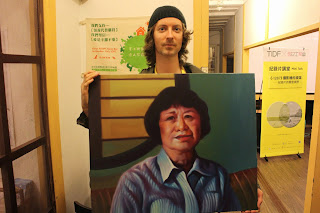