Perhaps I am a masochist.  Why else would I be releasing a new film, '-1287' (INFO), next month, with two new feature documentaries currently in production while still traveling with and promoting last year's 'A2-B-C' (website English/ 日本語)?  It's either that or I have some kind of addiction: much as a coke addict puts all of their money up their nose, I put all of mine on the screen.  Given the choice of buying food or one more memory card, I would go for the memory card and eat the paper packaging.  That's normal, right?

In any case, I am, as the Japanese expression goes, "貧乏暇なし", literally translated as "there is no leisure for the poor", which means I have neither the time or money to do anything even remotely naughty.

Recently, a colleague who has helped me with getting the word out about 'A2-B-C' and who spends a great deal of time working on nuclear-related issues, asked if me putting out a new film about something other than the children being affected by the nuclear disaster in Fukushima meant that I was no longer going to work on raising awareness about this issue.  It felt strangely like the suggestion was that me working on something other than the nuclear disaster was some kind of affront to those who have been helping me with my work in Fukushima over the past three years.

Just to be perfectly clear, here is my response to such a black and white way of thinking:
Now that that is off my chest, here are a few highlights of upcoming screenings of my films:

After screening in the 2014 Newburyport Documentary Film Festival (STORY), 'A2-B-C' has been invited to take part in two encore screenings in the coming weeks.  News article HERE, Facebook event HERE. 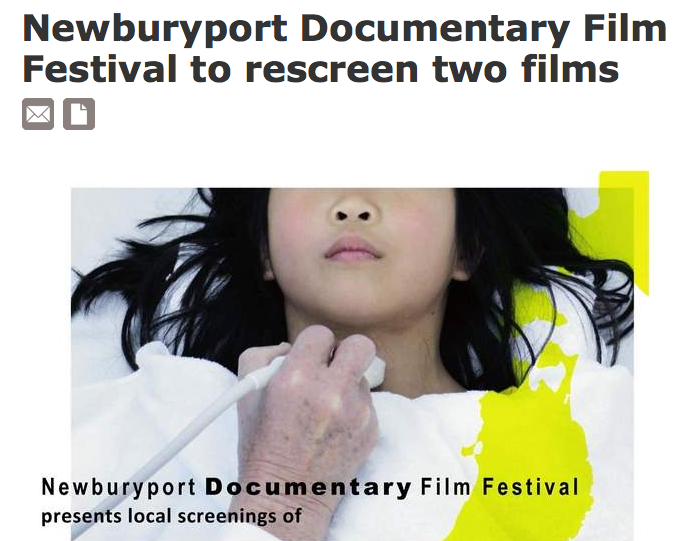 Was honoured to take part in a Skype Q&A after August 24 screening (PHOTO via Newburyport Documentary Film Festival below).  There will be another Q&A via Skype following the September 7 screening as well! 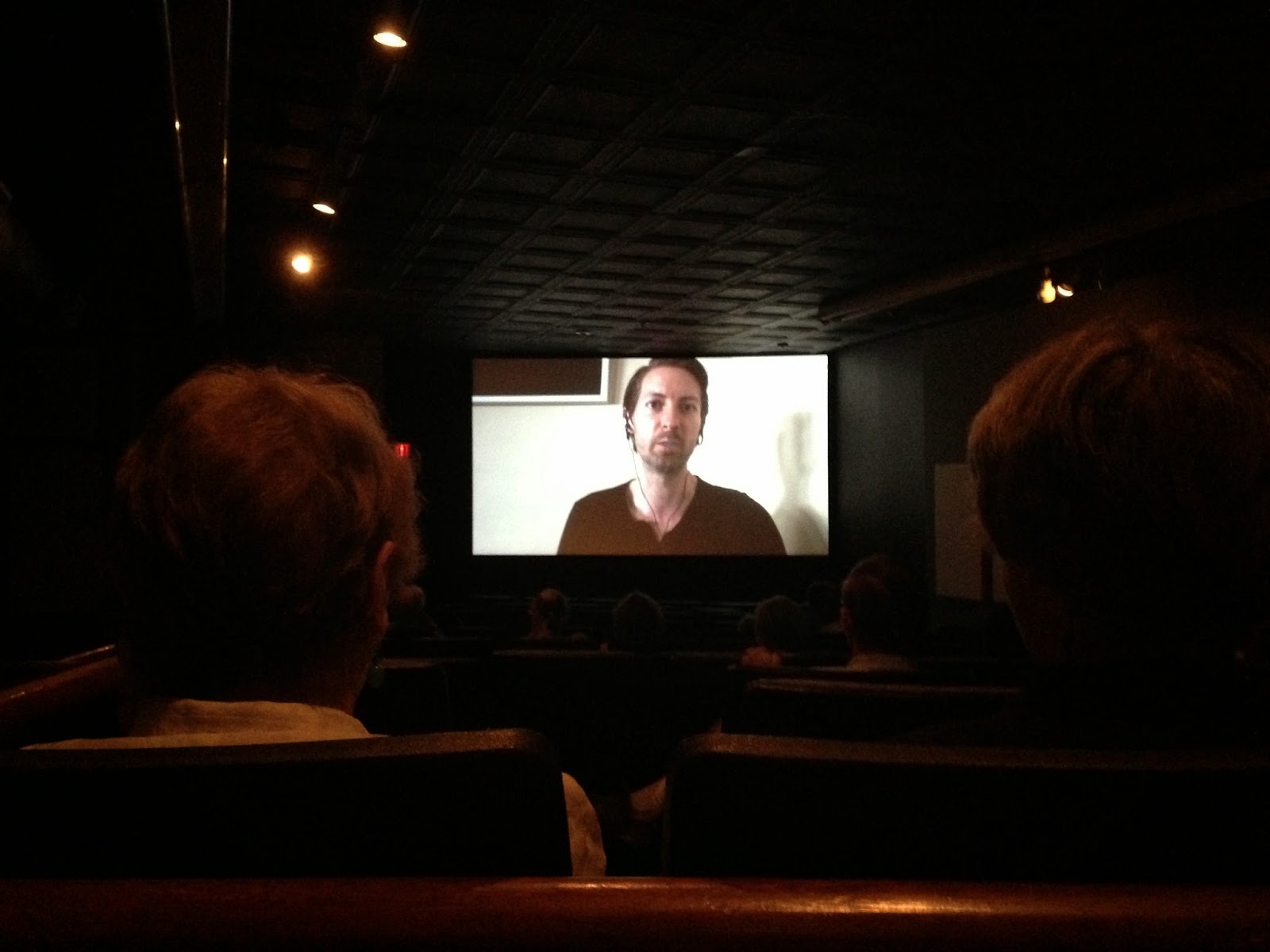 Next month, 'A2-B-C' will be screening in Australia at Monash University.  Official event link HERE. 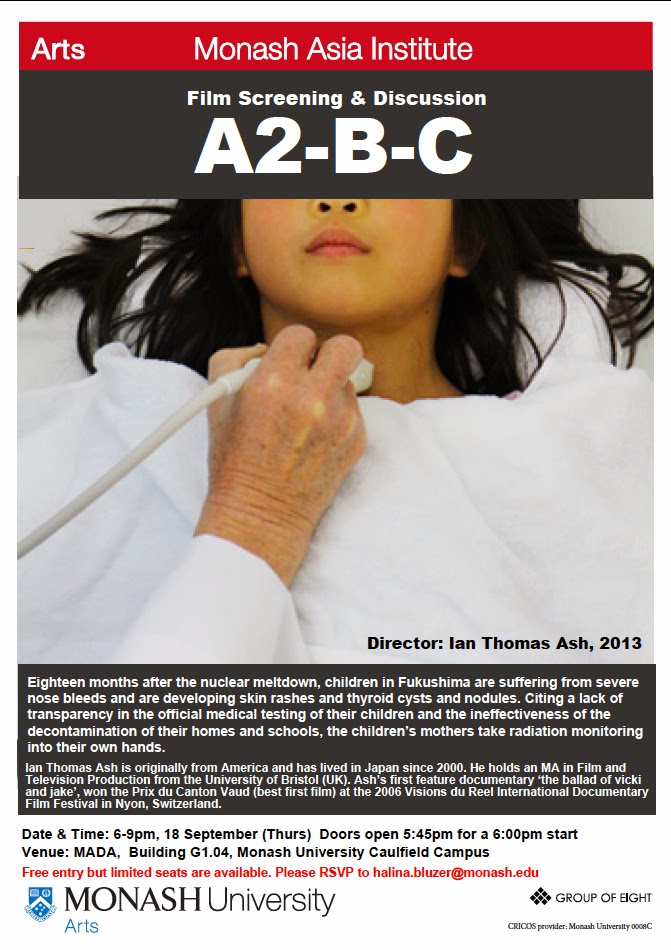 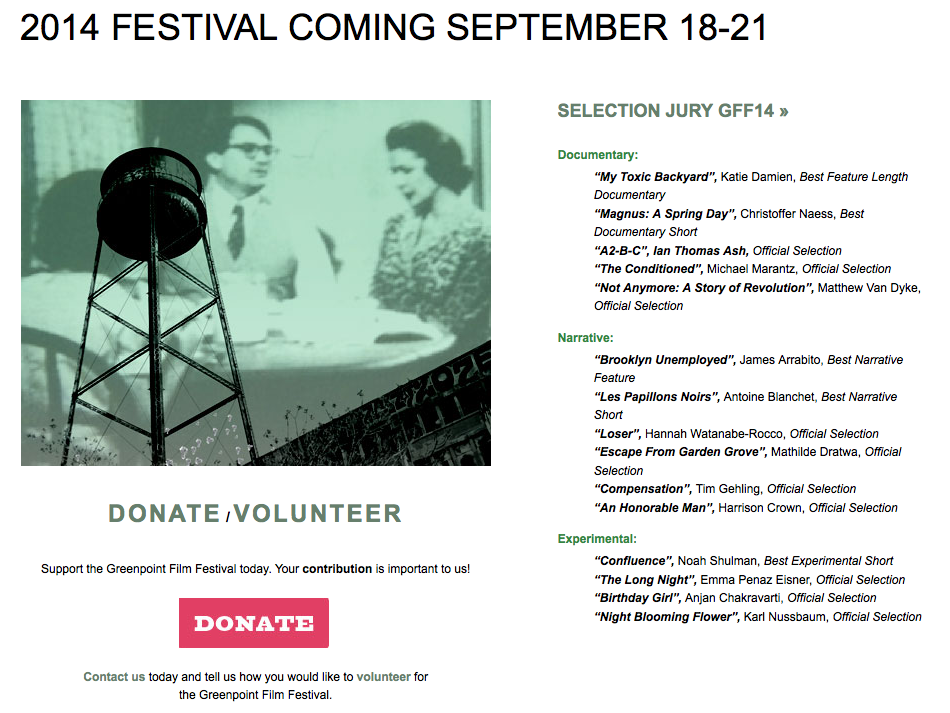 In September, I will be traveling to Europe for the World Premier of '-1287' (details coming soon!).  While there, 'A2-B-C' will be screening in the Berlin edition of the Uranium Film Festival (info HERE).  In May, 'A2-B-C' held the South American Premier in the main festival in Rio de Janeiro (story HERE).  Schedule and funding permitting, while in Europe I hope to be able to pop over to Berlin for the screening.

After returning from Europe, I will come home to Japan briefly before heading off to Singapore where I have been invited to present 'A2-B-C' at an academic conference entitled Exposure and Effect: Measuring Safety, Environment and Life in Asia at the Nanyang Technological University.  Details coming soon!

I will then immediately be off to Taiwan where '-1287' will be be holding the Asian Premier in the Taiwan International Documentary Film Festival (INFO).  Screening scheudle coming soon!

Community screenings of 'A2-B-C' will continue throughout the autumn, with several groups in North America arranging screenings, including:

And the newly created French version of 'A2-B-C', with subtitles graciously donated by Janick Magne, will be premiering in Quebec.

Thank you all so much for your continued support and encouragement!

Much Peace,
Ian
Posted by Ian Thomas Ash at 9:45 pm