The Asian Premier of my new documentary '-1287' has been taking place this week in the Taiwan International Documentary Festival in Taipei (INFO), and it is a great honour to be here among some of the most celebrated documentary filmmakers in the world.

In addition to my own screenings, I have been taking advantage of the chance to see as many of the carefully curated films as possible.  Yesterday, I spent the entire day in the cinema watching 5 films (!), including the iconic Alan Berliner's masterpieces "City Edition" (1980) and "Nobody's Business" (1996) after which the director gave a fascinating Q&A (photo below). 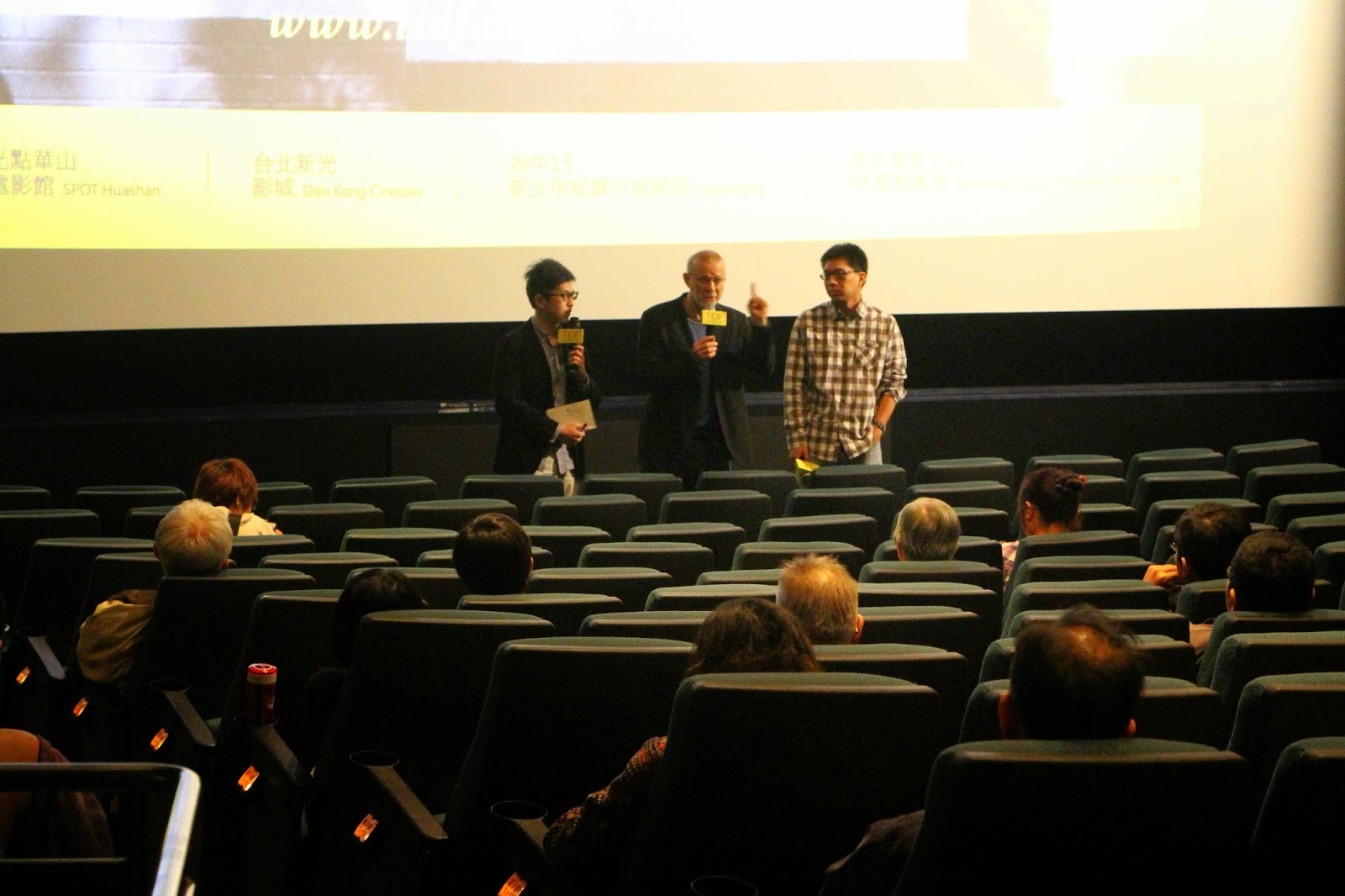 '-1287' (WEBSITE) has been selected to screen in the International Competition, and upon my arrival in Taipei I was honoured to receive the official nomination certificate shortly before being whisked off to the screening at the 400+ seat venue at Shin Kong Complex for the first of three screenings this week. 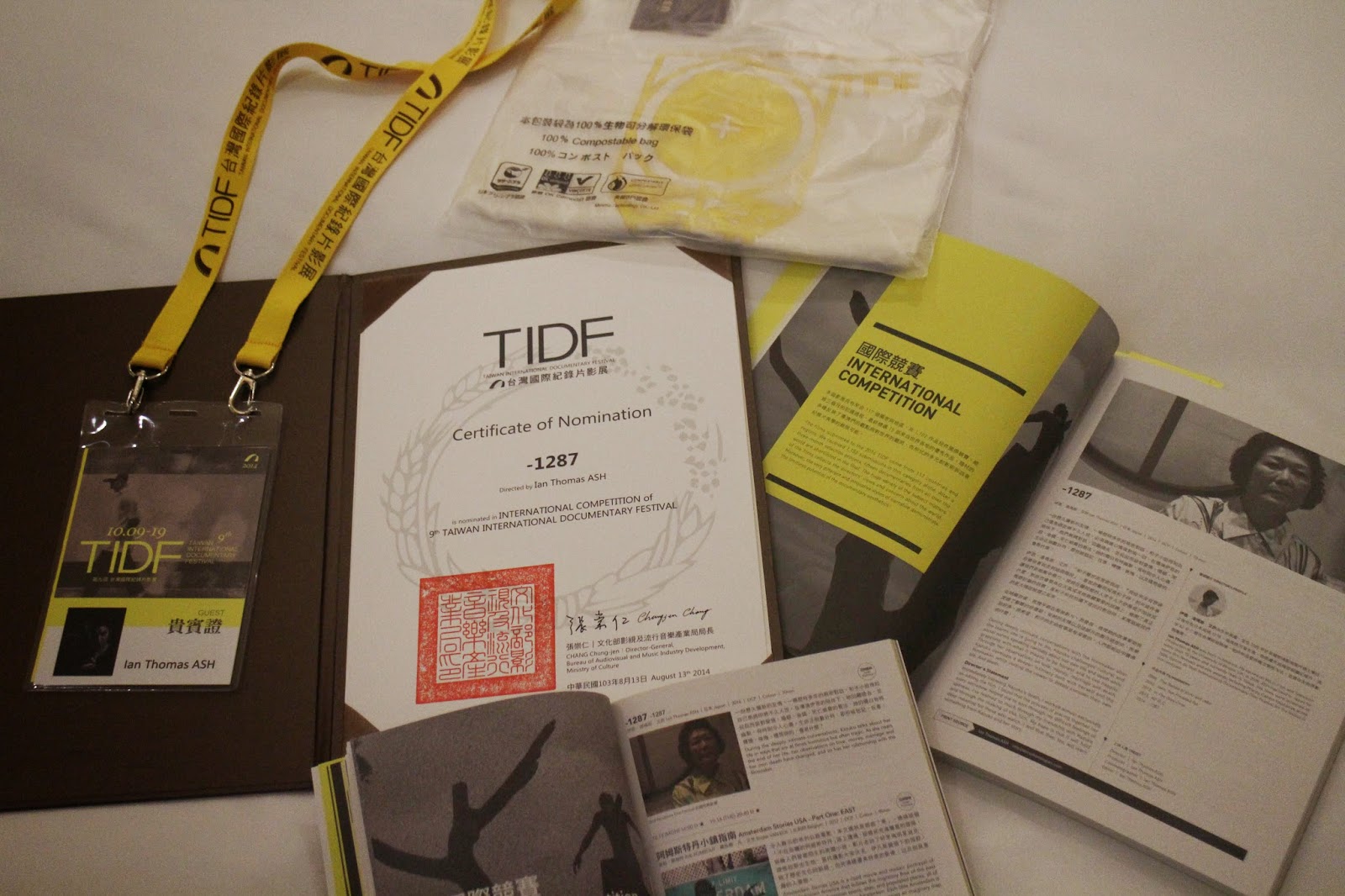 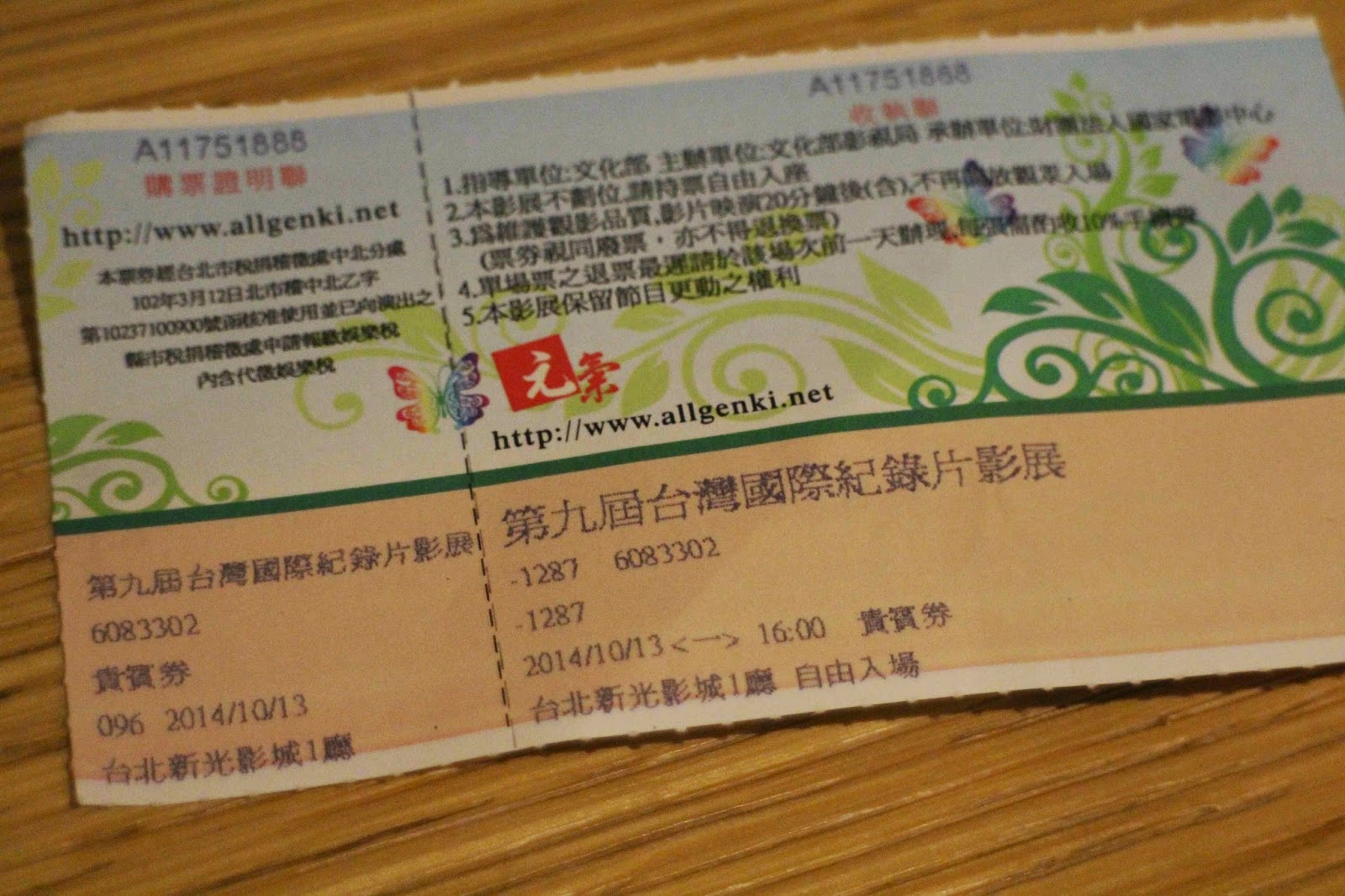 This was this first time for me to see the DCP version of the film on such a huge screen, and I have the post-production team (Colin, Ed and Richard) to thank for the beauty of the colours and the clarity of the sound.  And it was so cool to see the film with the Chinese subtitles as well! 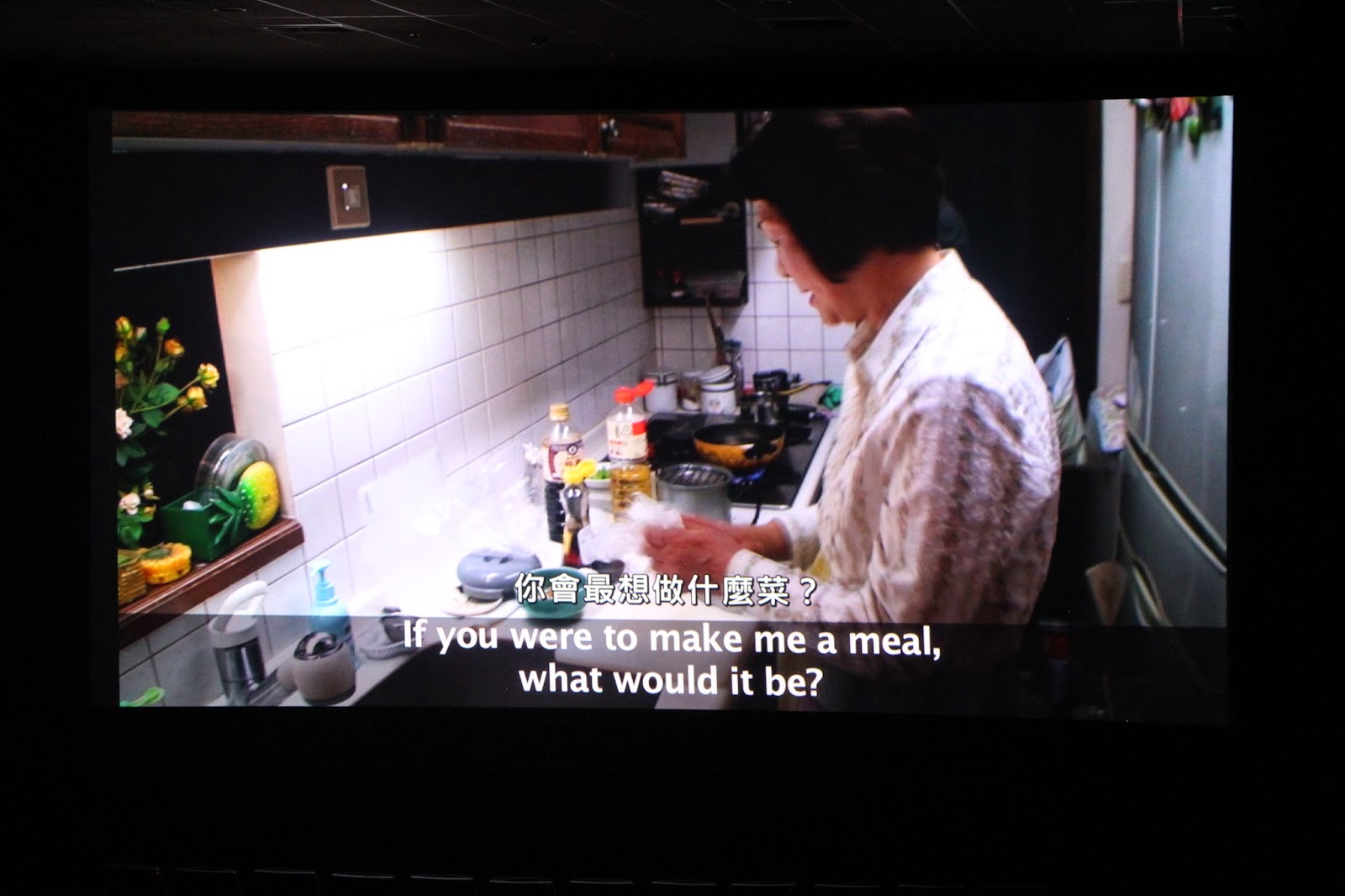 Immediately following both the Monday and Tuesday evening screenings, festival director Wood Lin (whom I first met HERE in Taiwan last year when I was screening 'A2-B-C' and then again this year HERE) moderated the Q&A sessions, which were interpreted by the talented Joyce Wen to whom I am grateful for giving me a voice in Chinese.

The questions at the World Premier HERE last week in the UK focused on the issues of life and death and my filming technique; however, here in Taiwan, the audience at the first screening of the film was so fascinated with my relationship with Kazuko that many of the questions were quite personal.  The discussion after the second screening was much more philosophical, with questions relating to life and death being the focus. 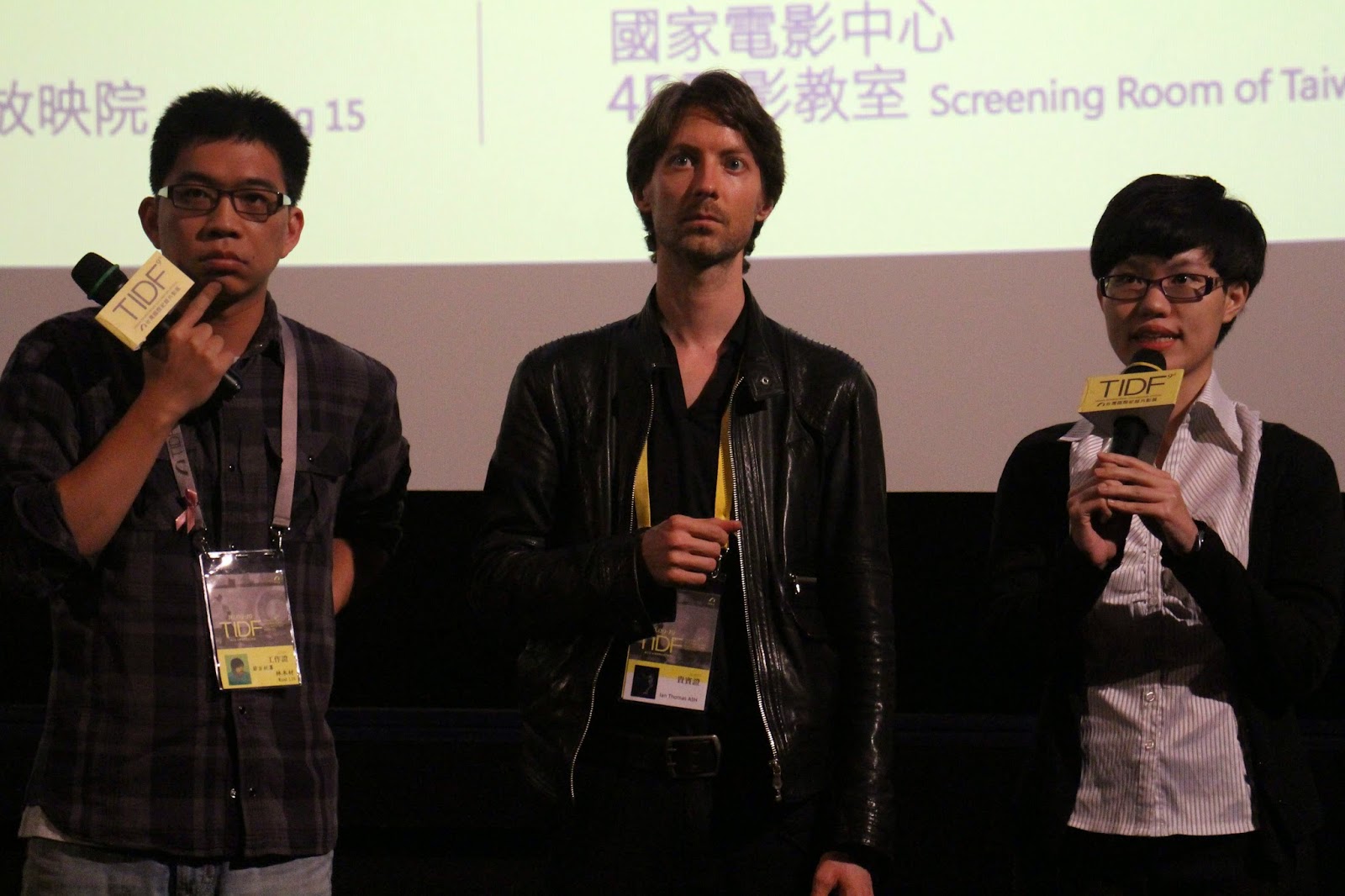 This has been a time for making new friends as well as reuniting with old ones.  Clockwise from Top Left, with Wood Lin (TIDF Festival Director), Joyce Wen (interpreter), Matsubayashi Yoji (Japnese documentary film director whom I last saw HERE in Brazil), and Shu-Hsin Tsui (GCAA Secretary General whom I first met in Taiwan HERE). 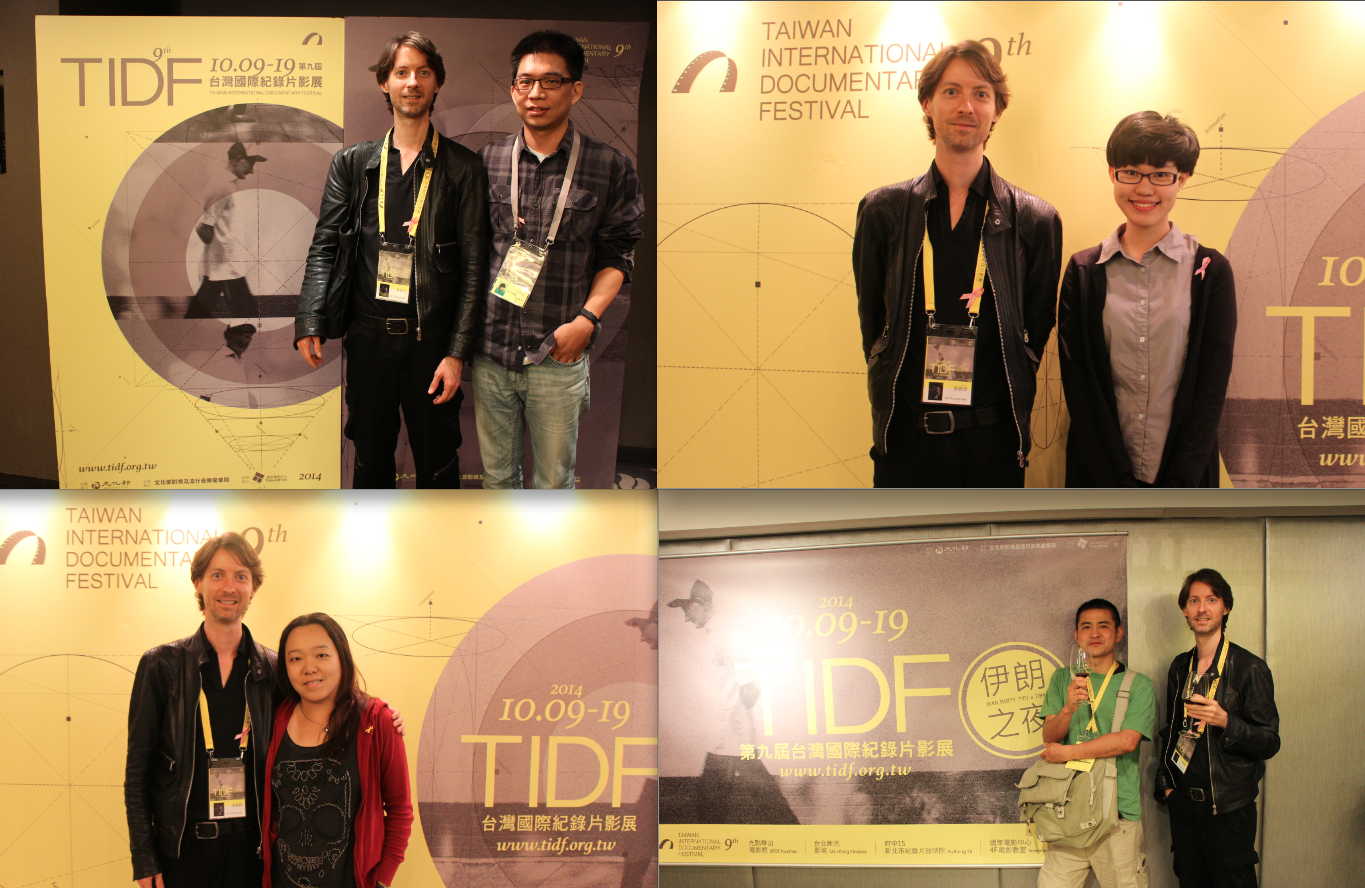 After my screening on Monday evening, there was an Iranian-themed party held in the VIP Room of the posh Regent Taipei Hotel.  The Iranian theme was inspired by some of the Iranian films being screened this year at the festival, and by coincidence, the next stop on the tour for '-1287' is Tehran (INFO), although I don't think it will be possible for me to attend due to political and other reasons.  One of the Iranian filmmakers I had met earlier in the day at the hotel saw me at the party, and exclaimed loudly, "Oh, our friend, the American" in a tone that I wasn't quite able to interpret.  Without pausing, I replied in a friendly tone, "Just because our countries are not friends does not mean that we can not be", to which he smiled and shook my hand.  This morning we had coffee together at the hotel. 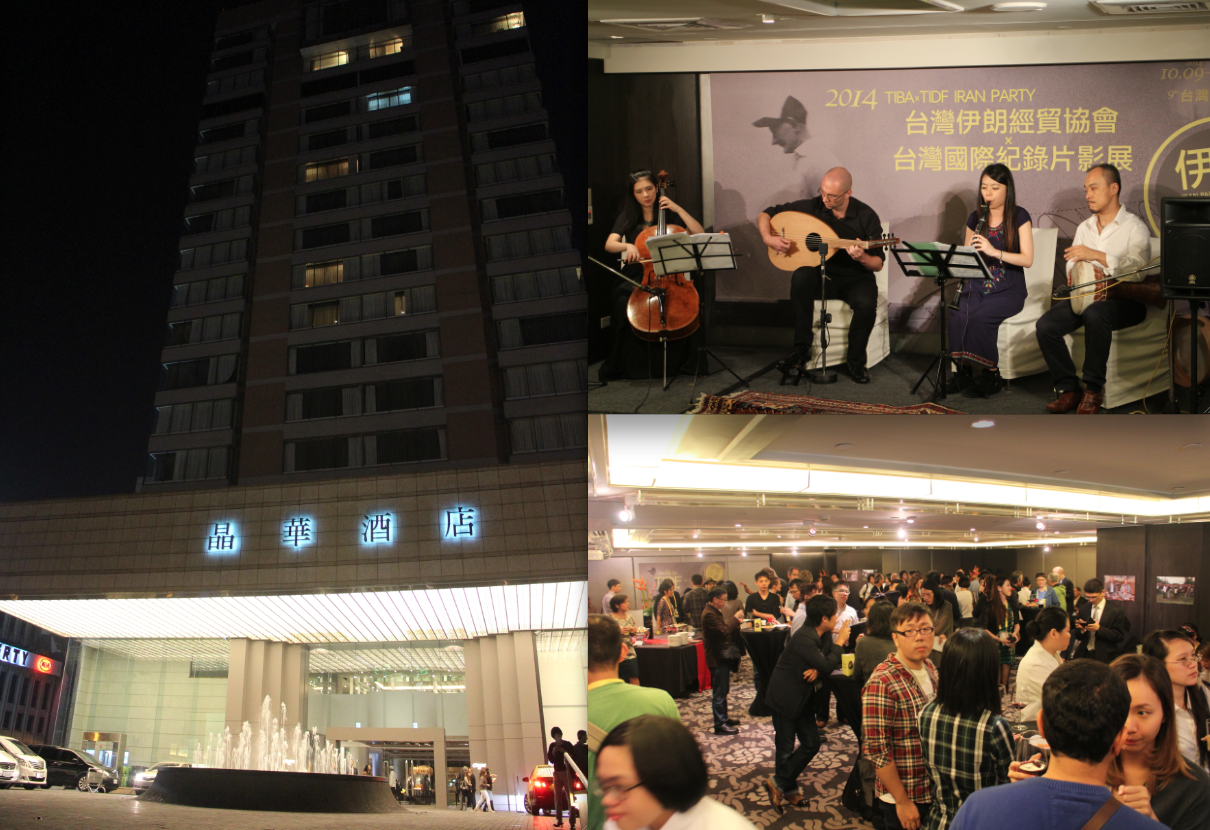