Over the weekend, I attended screenings of ‘A2-B-C’ (website ENGLISH/ 日本語) for the third time in Kyushu.  The first time was in Usa (STORY) and Nakatsu (STORY), and the second time was in Fukuoka and Oita (STORY), while this time I was in the City of Beppu, perhaps best known for its multitude of natural onsens, each with their own unique characteristics.

Arriving in Beppu on Saturday, Mr. Kotegawa, the organizer of the screenings, gave me a “Tour of Hell”, the name given to the onsen hotsprings district, including the “Lake of Blood”, “Sea Hell” and “Shaven Head Hell”.  The area is also known for a variety of delicacies cooked over the “Steam of Hell”, baskets of food, such as hard-boiled eggs and pudding, being lowered into or hung over the pits of steam. 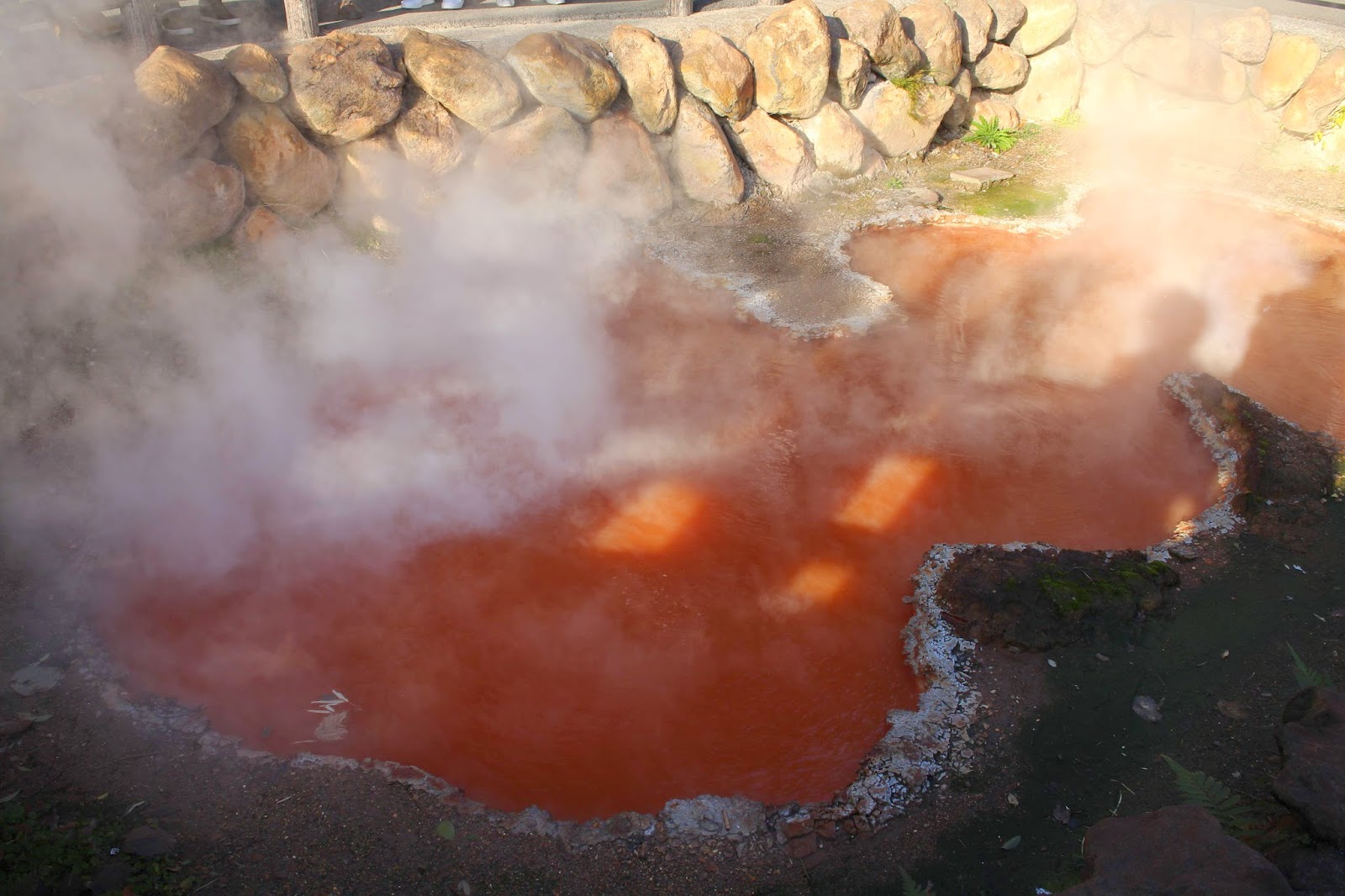 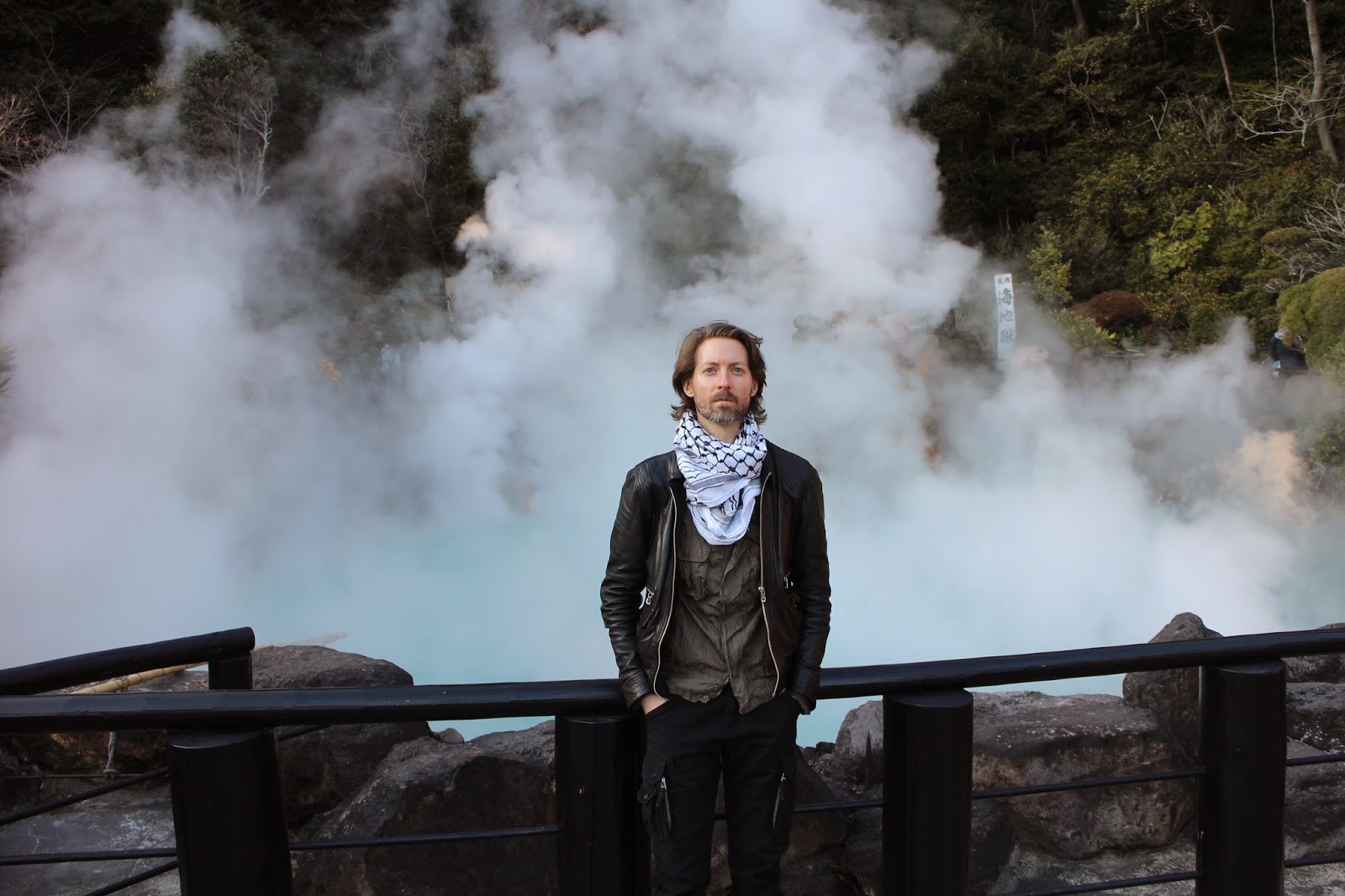 In the afternoon, Mr. Kotegawa took me for a “steam bath”. On the floor of a little hut built directly over one of the “Steams of Hell” was a grate covered with medicinal grass upon which we laid naked side-by-side, in a fashion not unlike the puddings we had eaten earlier (!). After 10 minutes, the limit that one is recommended to remain in the steam, we crawled back out on our hands and knees through the small wooden door, where we then washed the sweat and grasses from our bodies in a hot spring. This was followed by a “mud bath”, where, still naked, we swam around in a large pit filled with a mixture of mud and hot water that was bubbling up directly from the inner depths of the earth. Awesome. 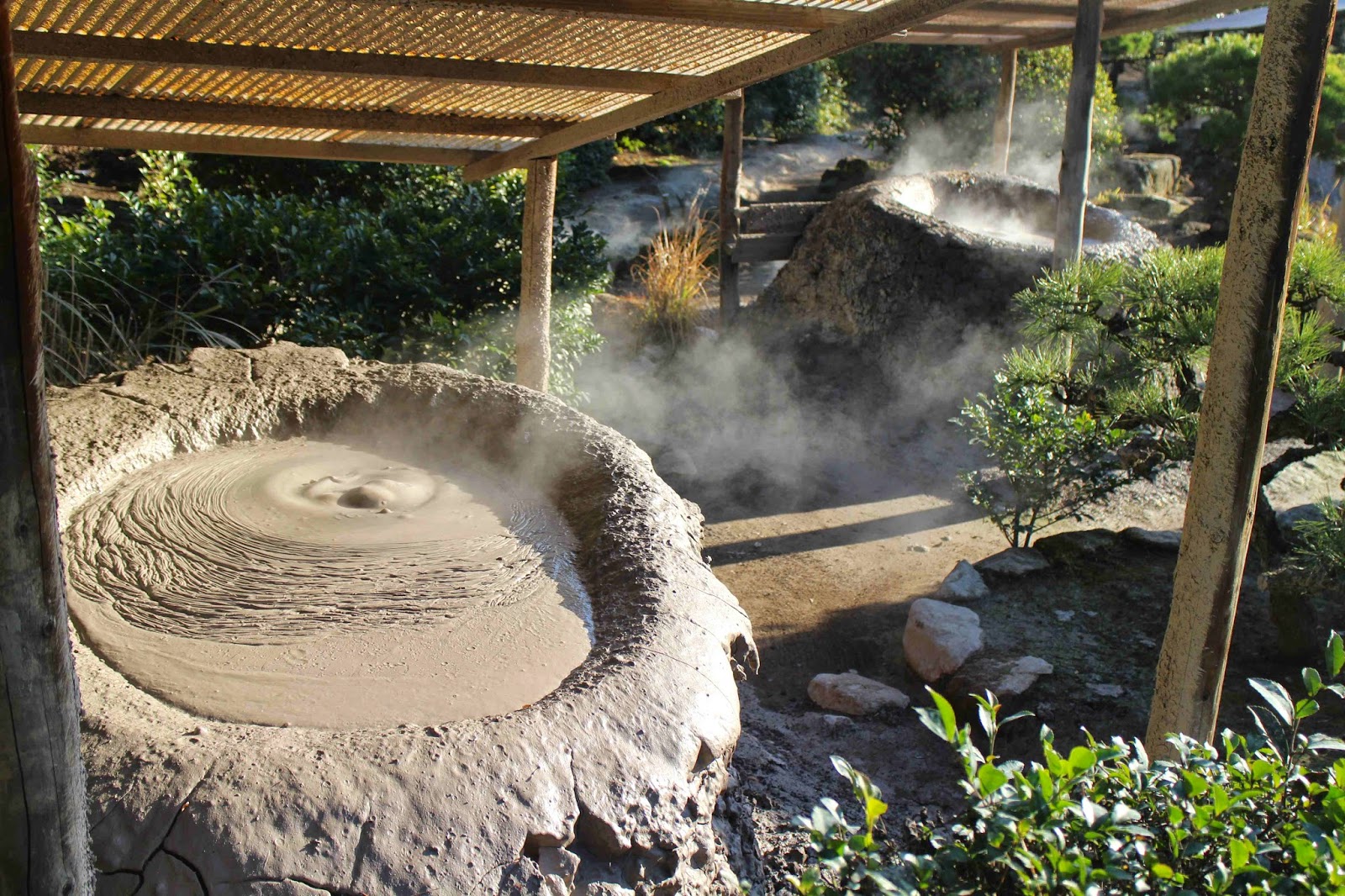 On Sunday, there were two screenings of ‘A2-B-C’ held in a beautiful theatre purpose-built for Kabuki plays. Lining the sides of the theatre were traditional box seats, while the main seating area was a “pit” in which each guest sat on thin cushions called "zabuton".

The Q&A sessions lasted for over an hour each, and together there were over 150 people in attendance at the two screenings. Topics we talked about included my thoughts about Japan’s investment in the 2020 Olympics while there are still so many people in Fukushima living in temporary housing (I think it is shocking), if I drink water/ eat local food when I am filming in Fukushima (I do), and whether I am making a new film in Fukushima (I am). I also addressed the fact that I prefer not to be referred to as a "director".

Traveling with my films over the past year and half, it would have been easy to become caught up in what I can only describe as the artificial and fleeting moment of being a “film director”. But “director” is a word that I feel should be used for truly great makers of fiction films, such as Director Kurosawa.  The word “director” (especially as it is used in Japanese), while a gesture of respect, creates a gap, something like a class divide, between the person who uses it and the person about whom it is being used. If I thought of myself as a “director”, or worse, if I were to act like a director, then I feel I could no longer make films as it would change the relationship I had with the person I was documenting resulting in a film that would be lacking in both depth and compassion.

'A2-B-C' has been merely a vehicle for helping to share the voices and stories of these families in Fukushima, but it is the mothers themselves who are the ones that are worthy of respect, having spoken out despite the very real fear of retaliation and alienation.

When a screening is are over, I reminded the audience in Beppu, both the film and I leave to go home. But what remains is the desire within the people who have shared in this story to help those who have been affected by this great disaster. I have documented a problem, but it is after the film is over and the lights go up that the real work begins.

I was extremely happy to see many students in the audience, both from local high schools and Asia Pacific University (APU) located in Beppu. Several APU students and faculty approached me after the screening and expressed their interest in holding a screening at their university, and it is my sincere hope that this will take place.

It was also wonderful to see many familiar faces from my previous visits to Kyushu, and I was once again reminded of how grateful I am for this continued support. Thank you all so very much! Until we meet again… 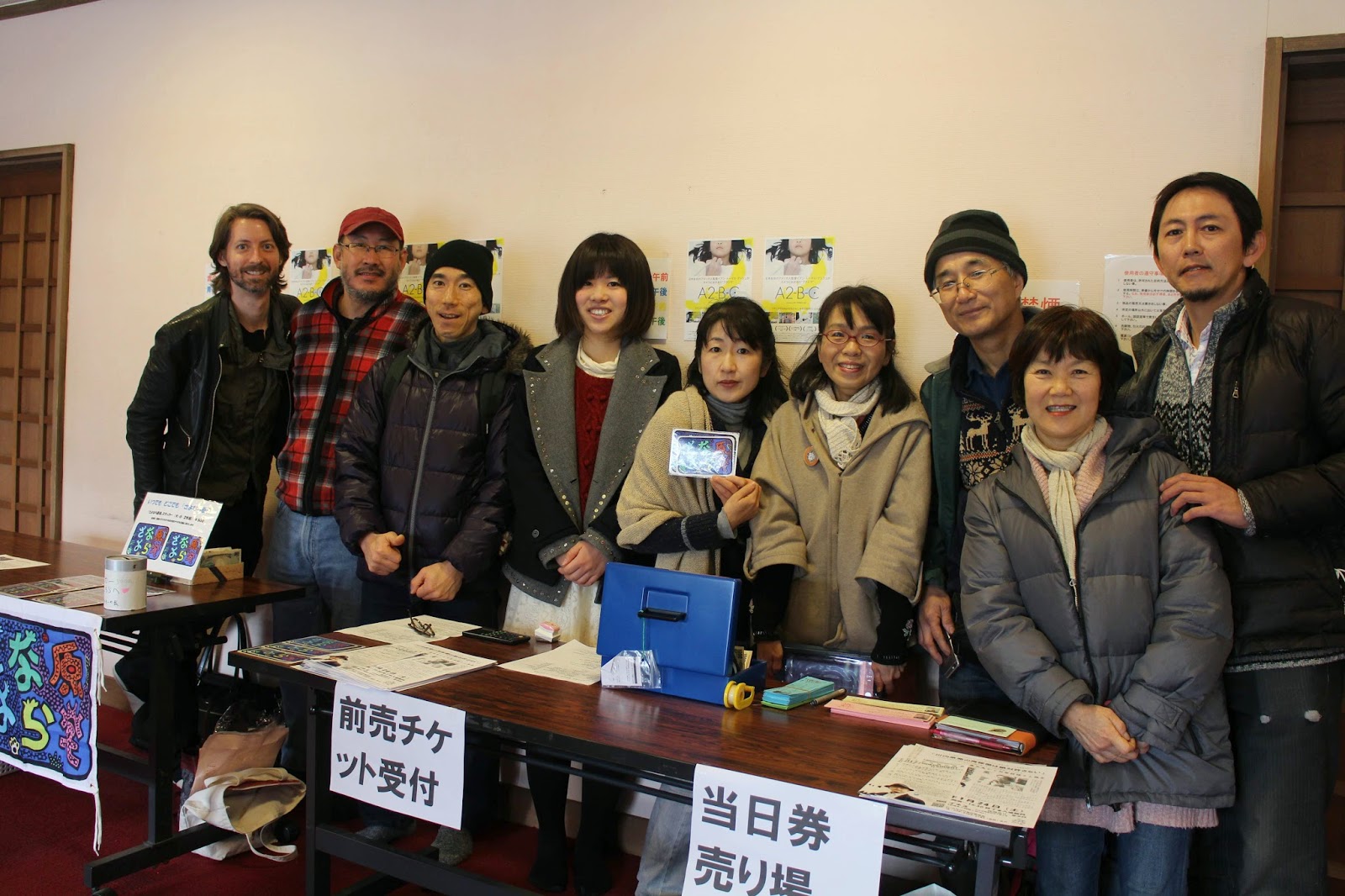