This weekend was the Obon Festival, or Festival of the Dead, where there is a mass exodus from the cities as people return to their hometowns in the countryside.  I joined the crowds boarding the bulletin trains heading out of Tokyo, to return to the town of Bato (now called Nakagawa after merging with the neighboring town of Ogawa ten years ago) in Tochigi prefecture.  I lived in Bato for three years when I first moved to Japan, and this weekend I joined Koji, my friend and television producer/ director (and with whom I co-created by TV show "Ian's Kitchen" INFO), while he filmed the festivities for cable TV.  I decided to document the events in pictures.

The day of the Bon Odori (dance) has come, but dark rain clouds threaten the event. 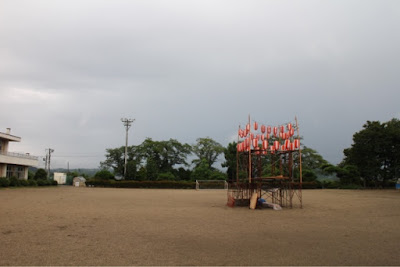 Having faith the festival will take place, the children of the festival's volunteer staff help prepare the games. 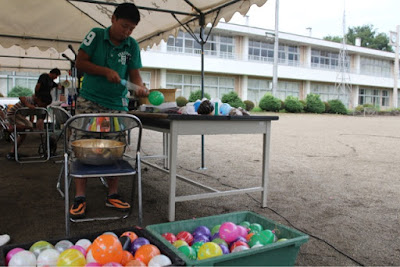 The men test the beer to make sure it hasn't gone flat while they listen to the weather report. 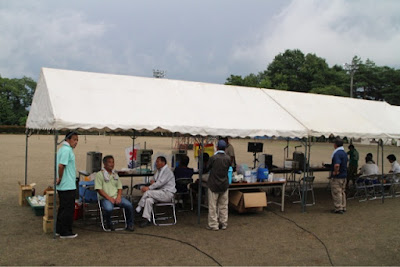 Meanwhile, the children test the cotton candy to be sure it is sweet enough. 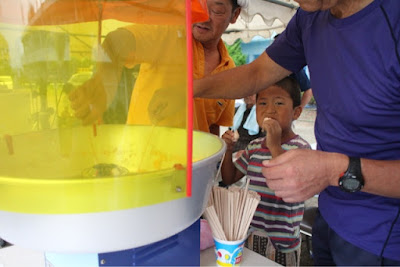 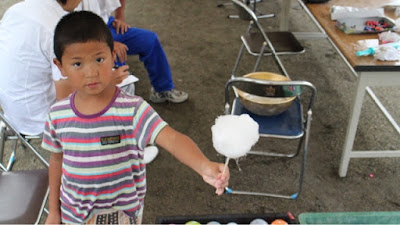 Hoping that tonight's fireworks won't be rained out, the volunteer firefighters arrive. 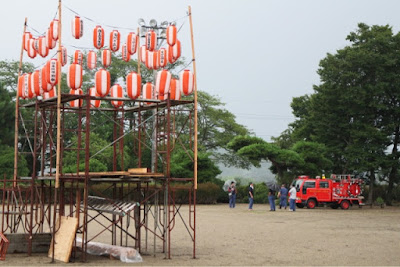 A few people trickle in, but so does the rain... 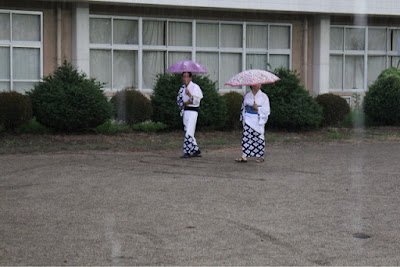 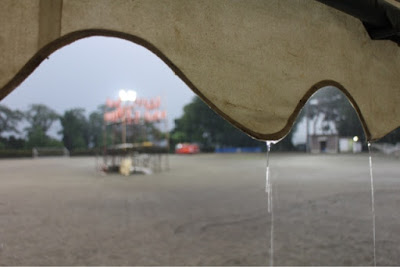 The elders gather and decide that the festival will go ahead as planned!  A circle is drawn in chalk around the bandstand to mark where the participants will dance. 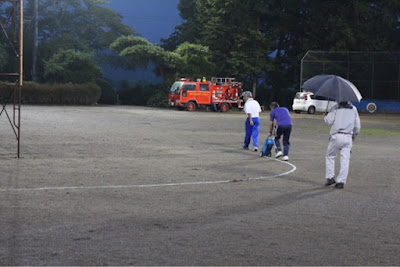 Miraculously, just as the fireworks are set off to signal to the community to gather, the rain stops! 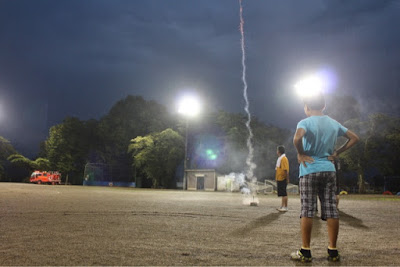 The bandstand is prepared with cloth in the celebratory colors of red and white. 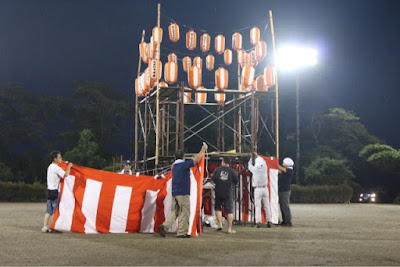 The musicians, who traditionally perform from atop the bandstand, worry about more rain and discuss if they will risk taking the large taiko drum outside. 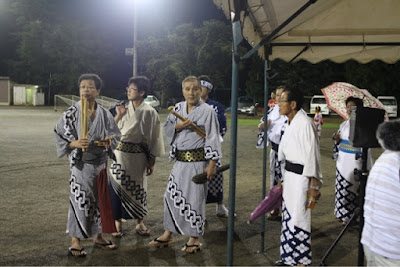 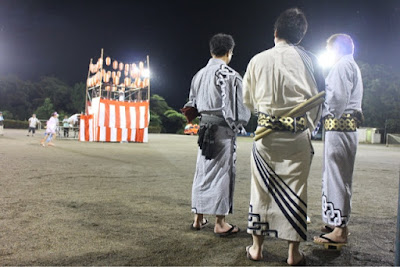 The decision is made to keep the drum under the tent, but the singers and flute player will perform from atop the bandstand. 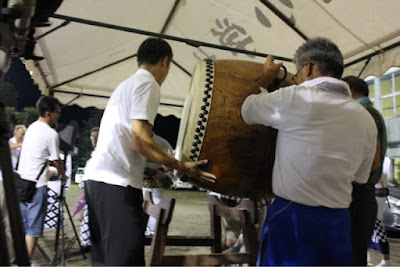 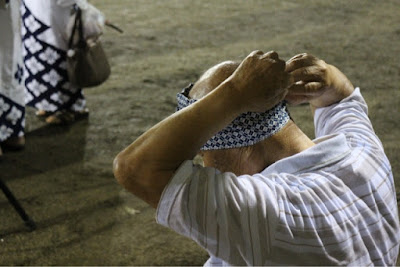 The neighborhood has gathered, the opening speeches are made, and the festival begins! 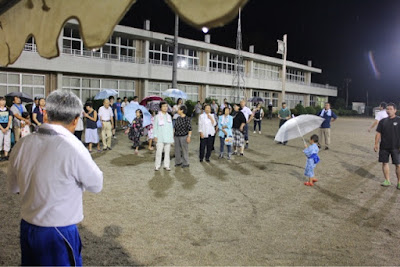