In the middle of this tour accompanying 'A2-B-C' to film festivals all over the world (SCREENINGS), this week I am actually back home in Japan attending the Yamagata International Documentary Film Festival (YIDFF).  The festival takes place only once every two years, and it has been my dream to someday screen one of my documentaries here.

I arrived in Yamagata yesterday straight from the UK, spending just one night in Tokyo where I picked up some more supplies and warm clothes (the first part of the tour was in Florida and Guam, and this morning in Yamagata the kerosene heaters in the inn's lobby are gentle creaking away).

'A2-B-C' was programmed in the 「ともにある」, or "Cinema With Us", strand of YIDFF, which is a program of documentary films that all deal with the March 11, 2011 disaster in some way (INFO in ENGLISH/日本語).  It is significant that this program takes place here as Yamagata Prefecture is in Tohoku, the region of Japan that was so devastated by the disaster.  Yamagata also lies beside Fukushima, and many people who fled the radioactive contamination have re-settled here.

All of the screenings in the "Cinema With Us" strand take place in the beautiful Yamagata Museum of Art, which itself is a sight to behold. 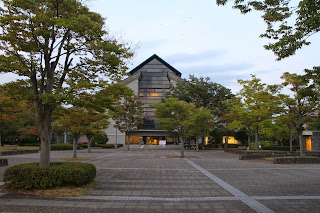 The screening took place yesterday (LISTING in ENGLISH/日本語), and because of its close proximity to Fukushima, several of the families who appear in 'A2-B-C' were able to attend.  It was an amazing experience to be able to share the film with them as they sat in an audience where some of the people attending were so-called 'nuclear refugees'. 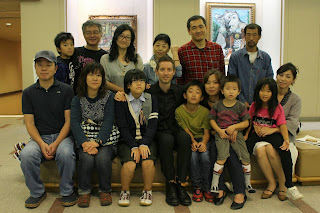 The screening was packed, and the post-screening discussion focused on how the families in Fukushima can move forward and what prevents some of them from leaving and starting a new life somewhere else. 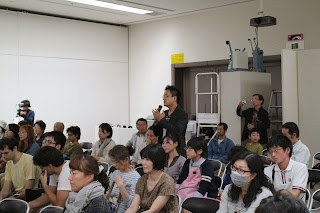 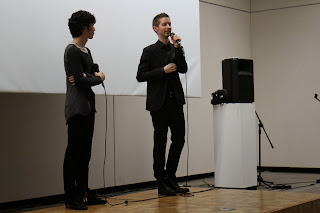 After the screening, the festival prepared a room for us so that the families and I could share some private time together away from the lobby where festival attendees were eager to meet and take photos of the 'A2-B-C' mothers and children.  We talked about their experience of watching the film along with the general public and what they hope to gain from upcoming screenings of the film in Japan and abroad.  As is tradition, I filmed post-screening messages, but this time not from the festival goers, but from the families themselves.

When I asked what they wanted to tell the world, one of the fathers quickly said, "Tell them that nothing has changed.  Nothing." 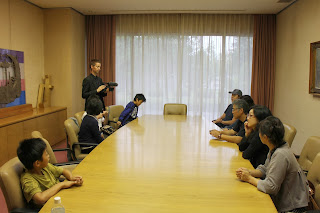