The Five Flavours Film Festival (WEBSITE) takes advantage of the many beautiful cinemas and gallery spaces in Warsaw, putting an emphasis both on film and on creating spaces and opportunities for the audience to interact with the visiting film directors and with each other to talk about film.

One such venue was Południk Zero café (WEBSITE) and gallery space, which has a wonderful atmosphere to just sit, relax and *try* to catch up on some e-mails. 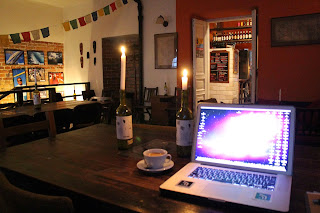 Last night, ‘A2-B-C’ was screened to a standing room only crowd at Południk Zero (INFO), and the at-home atmosphere created a great vibe in the room.  The screening began with a talk about the current situation in Fukushima delivered by Yasuhiro Igarashi, the author of articles on nuclear energy in Japan and a screening of the short film "Encroaching Nuclear Power Plant (Japan, 2013) about Japan's export of nuclear technology to Vietnam. 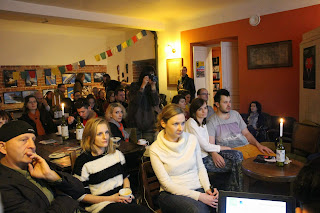 The post-screening Q&A, interpreted and led by the Fukushima strand coordinator Ewa Dryjańska, was hands-down the most lively and passionate debate that I have ever witnessed following a screening of 'A2-B-C'.  Half of those in attendance seemingly held anti-nuclear views and the other half apparently had come directly from the nuclear commission here in Poland, although they insisted they were there in a personal, not professional, capacity.  The hour-long debate that ensued seemed clearly based on one very important issue: Japan's desire to export nuclear technology to Poland (and other countries) and some Polish politicians' views that building nuclear power plants is a great way to boost the economy.  Haven't we heard that argument somewhere before? 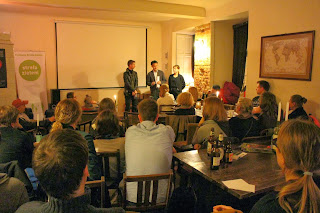 Following the Q&A, as is tradition, I offered those in attendance an opportunity to share words of support with the families in Fukushima, and I was extremely honoured to film many heart-felt messages. 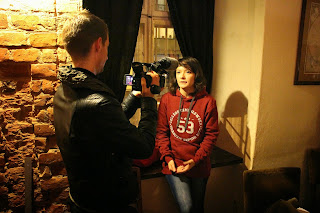 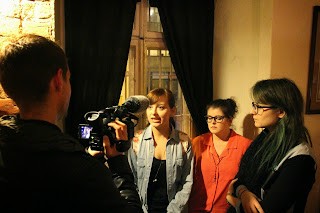 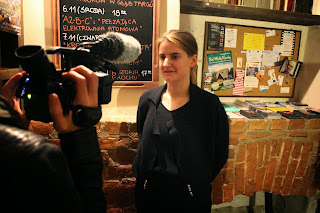 Later, I was interviewed by an independence journalist in Warsaw who seemed to hint at recent pressure to tone-down his stories that criticize pro-nuclear policy in Poland.  If that is in fact happening, Poland would seem to be at the top of some slippery slopes lined by isotopes.

I am now at the airport on my way to the Ukraine...
Posted by Ian Thomas Ash at 6:24 pm