First thing this morning, I was at the airport in Tokyo on my way to Western Japan, where 'A2-B-C' (website ENGLISH/ 日本語) is screening in Osaka and Kyoto.  First stop was Osaka's 7Gei Cinema (screening info 日本語) where last month's press junket took place (STORY).  'A2-B-C' is screening here for the next three weeks, and I was able to conduct a Q&A following both the 10:00 and 14:30 screenings today. 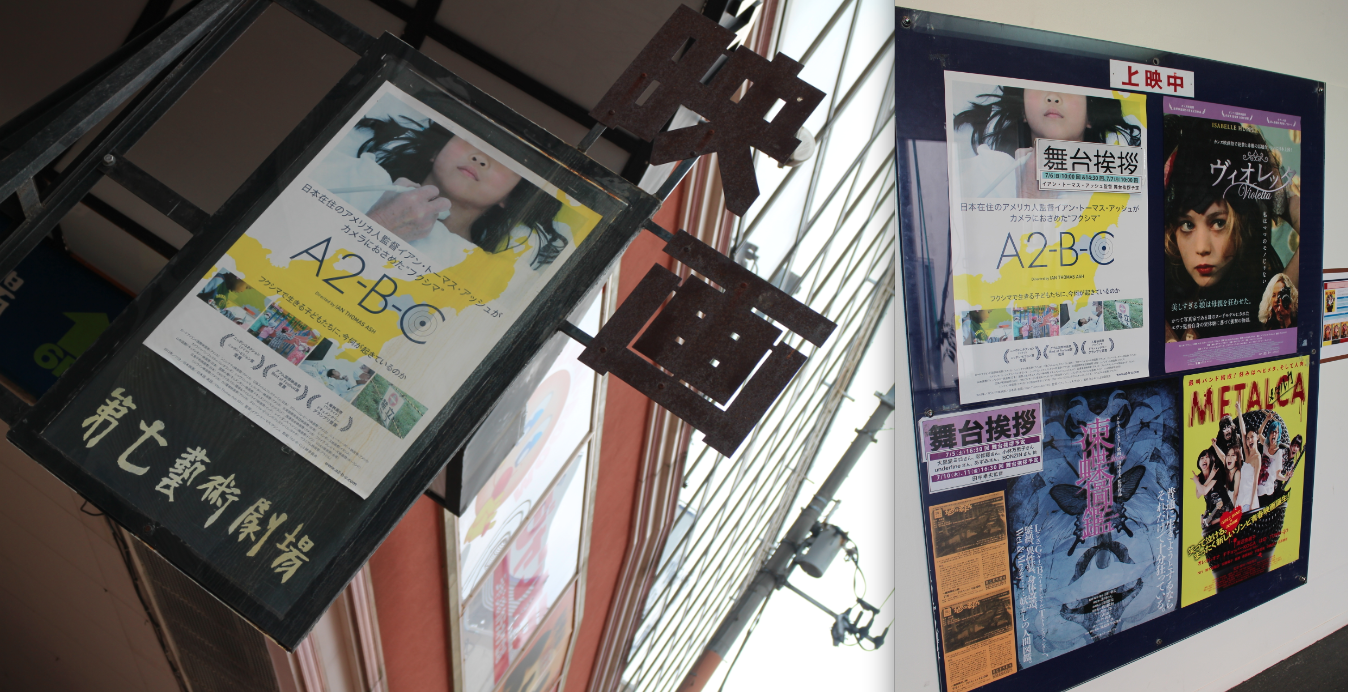 After the formal Q&A, the cinema had set aside time for "autographs", but since I don't have any merchandise like T-shirts or programs to hock (nor do I feel that with a film like this that it would be appropriate), we decided to use the time to continue the discussion informally in the lobby of the cinema.  The formal Q&A lasted for 20 minutes, but the discussion that followed in the lobby lasted for nearly three quarters of an hour!

No time for even a quick break to eat something as I was then ushered into a meeting room for an interview with newspaper Sankei Shinbun.  It was a wonderful discussion with staff writer Nami Hashimoto, but by the time the hour interview was over, I was definitely ready for something to eat! 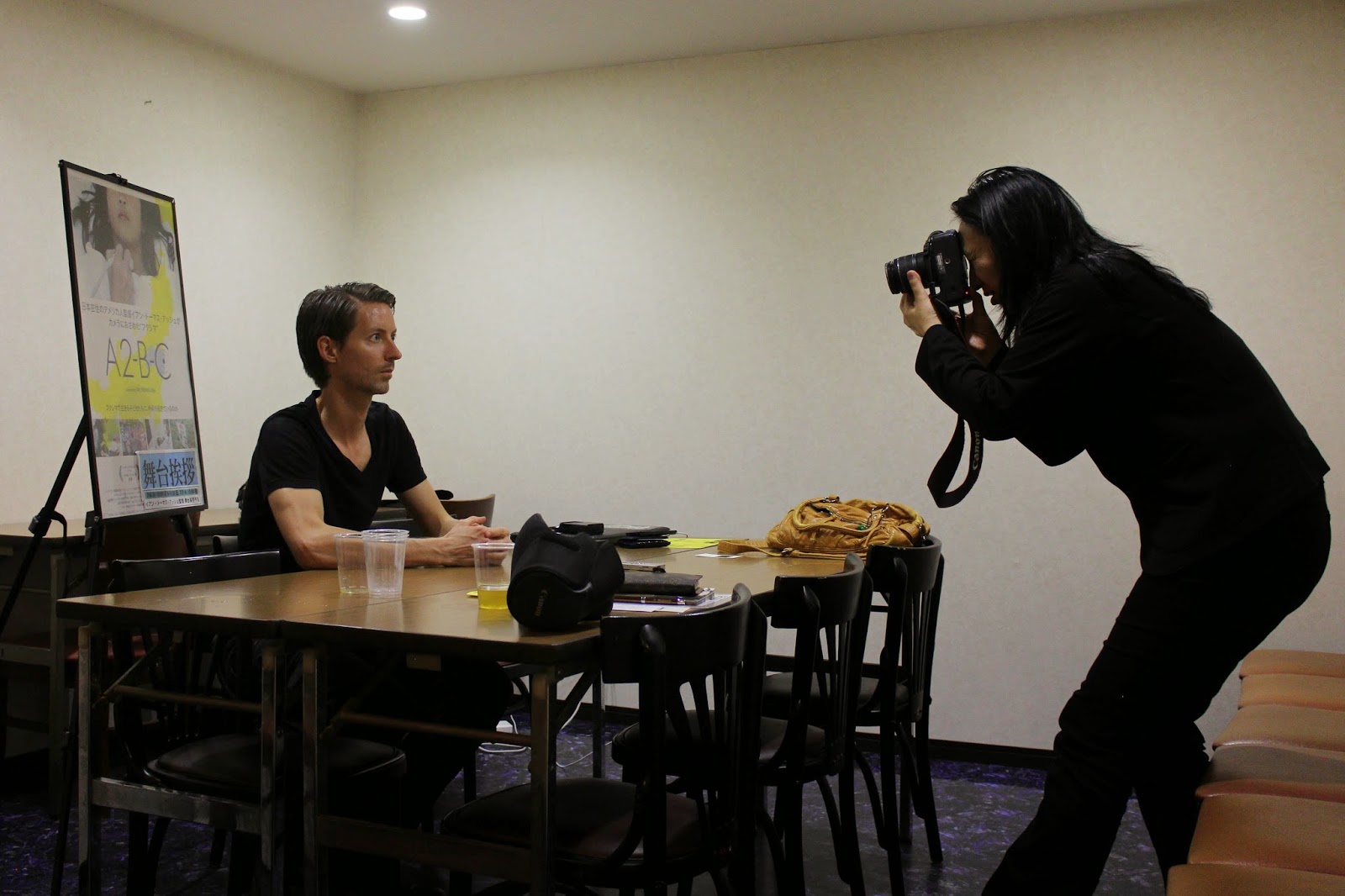 7 Gei Cinema boss Matsumura-san kindly offered to accompany me on the 45 minute train ride to Kyoto where 'A2-B-C' is screening for the next two weeks (screening info 日本語).  The time on the train gave us an opportunity to talk more causally and openly about making/ screening films, the business of running a theatre, and the making/ screening of films that we feel are important but don't pay the rent (for independent filmmakers or theatre owners).

After arriving at Kyoto Cinema, I had the honour of joining cinema director Yokochi-san for dinner during which we discussed several of the so-called "3.11 disaster films" that she has programmed.  Apparently it is becoming more difficult to attract theatre-goers to such films, despite there being an increasing number of requests to show them.  This would seem to indicate that as a growing majority of people do not want to see such films, some people in the minority are becoming more vocal in their requests to have them screened.

It seems that the independent cinemas who want to screen films about important social issues face many of the same problems as those of us who make the films: how do you get people to begin to care about what is happening in the world around them?