Deer in the Headlights

Although 'A2-B-C' (WEBSITE ENGLISH/ 日本語) is no longer playing in the cinema in Tokyo after a successful six-week run (INFO), the theatrical release continues around the country (theatre listings 日本語) and in private screenings around the capital and beyond (日本語).  Today, one such screening took place in Yanaka, an old and beautiful part of Tokyo.

The screening was held in the "Yanaka House" (INFO 日本語) and was organized by the "Once a Month Film Festival", an event that brings together people from the community for a screening followed by discussion over a meal together. 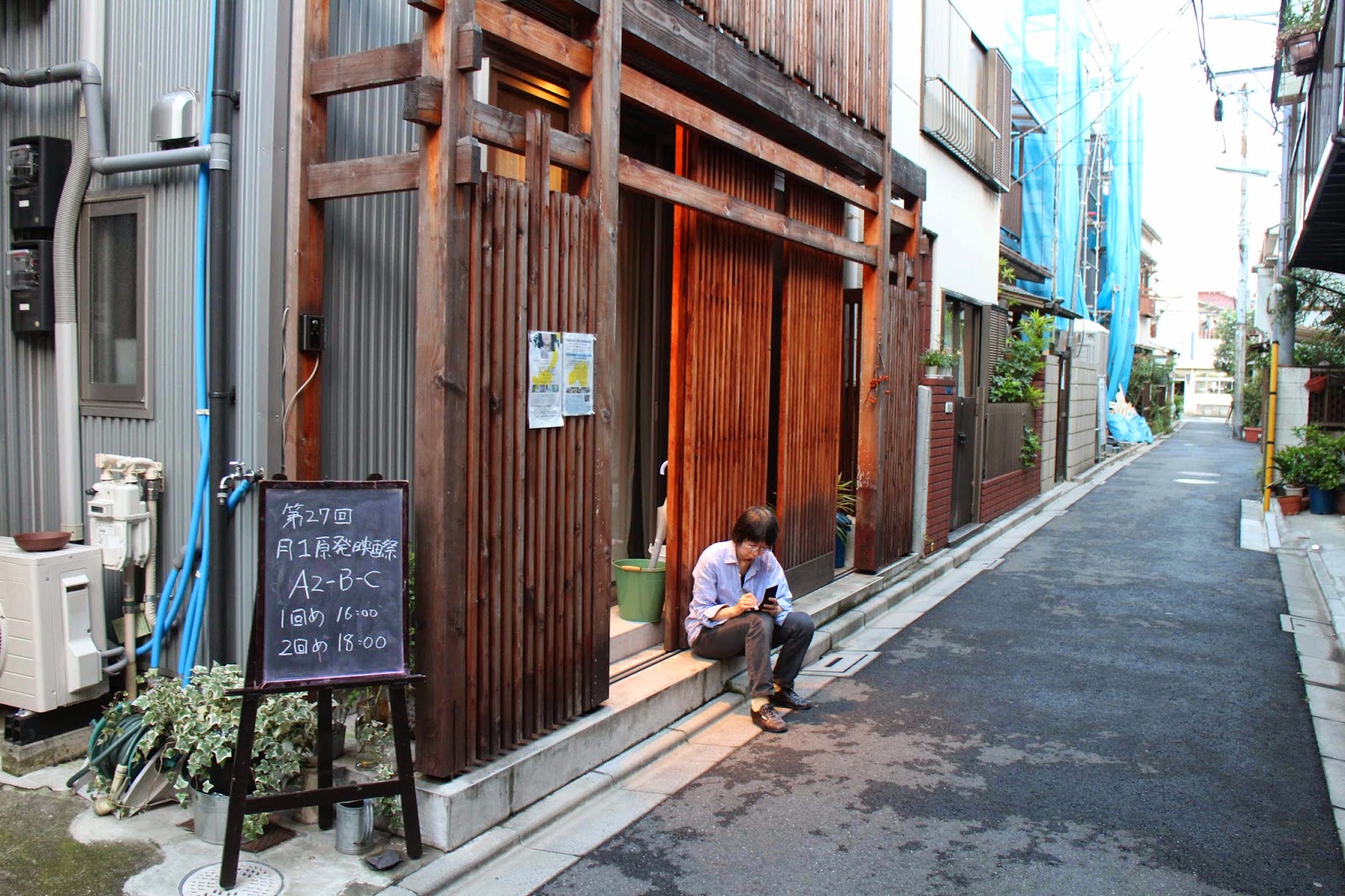 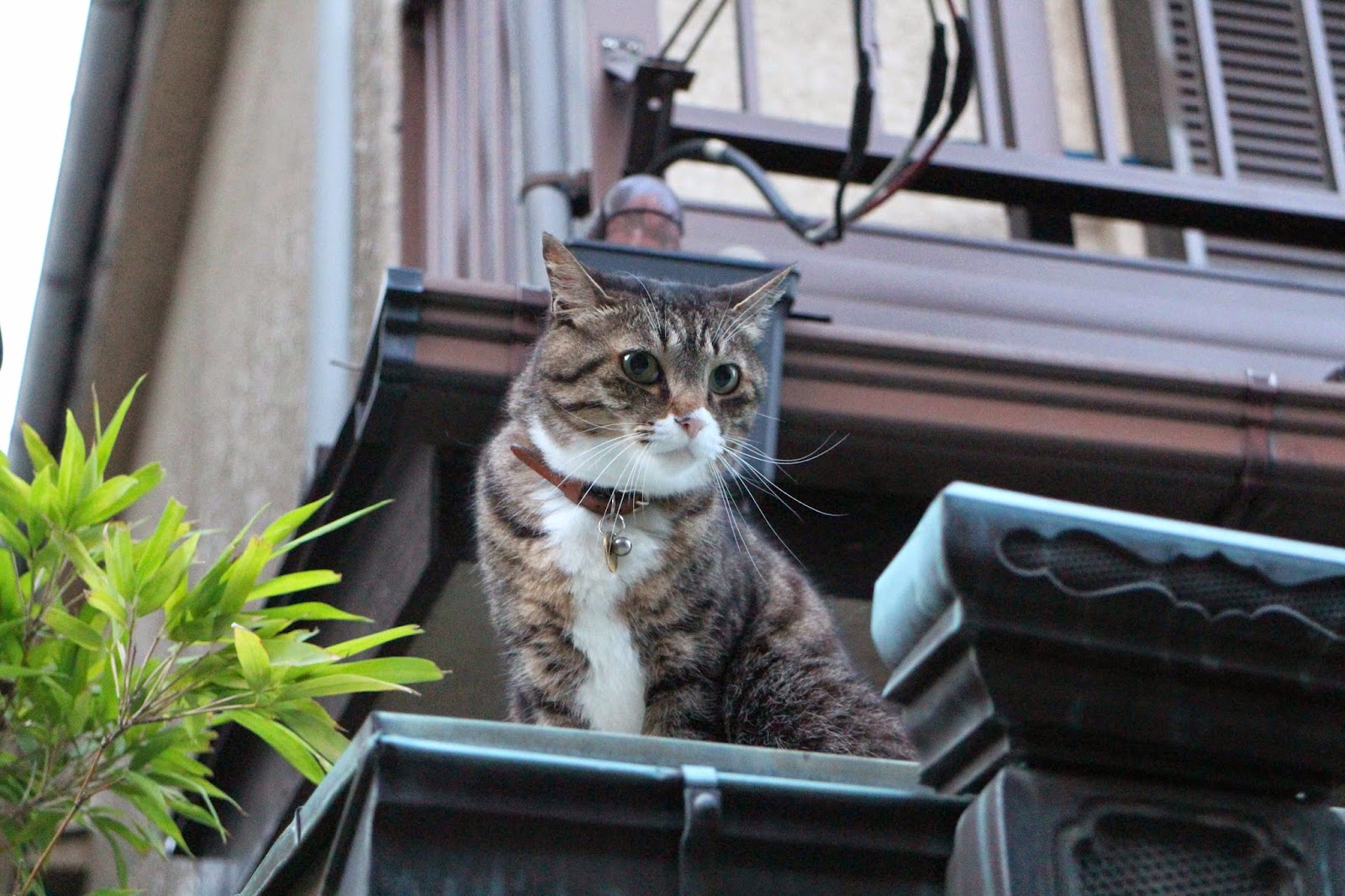 The two screenings that were held today were both sold out, and I joined the post-screening discussion following the second screening.  The discussion was live-streamed over the internet and also recorded to be uploaded to the group's homepage.  I must admit to being nervous about speaking when I know it is going out live or will be posted to the internet.  I always start out trying to choose my words carefully, but I seem to get caught up in the passion of the discussion and quickly forget that I am being filmed... 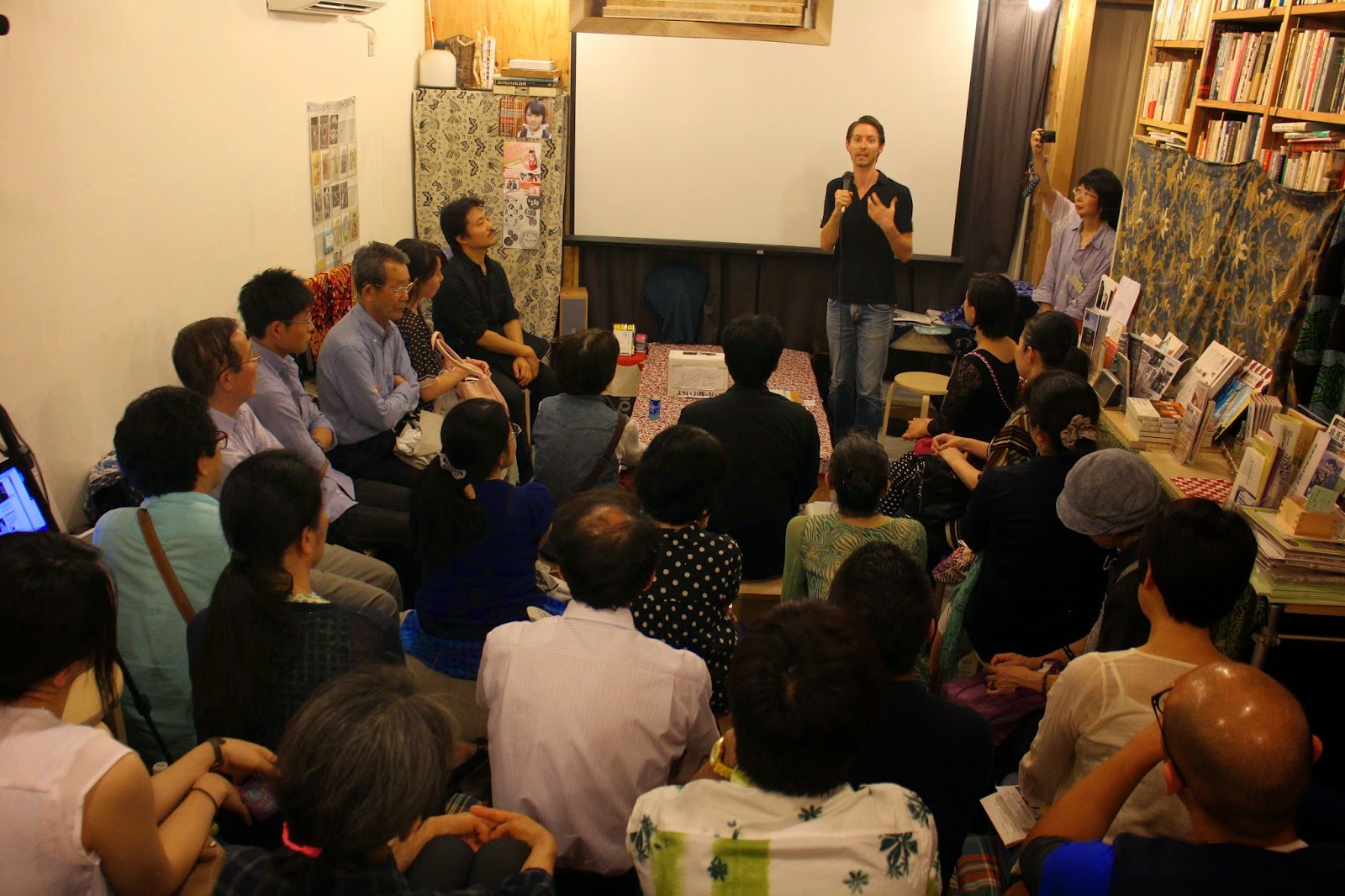 Following the formal Q&A, the informal "Cafe" session began.  Tables were set up and the chairs rearranged so that the entire group was seated in one giant circle.  We then shared a meal together as the discussion continued. 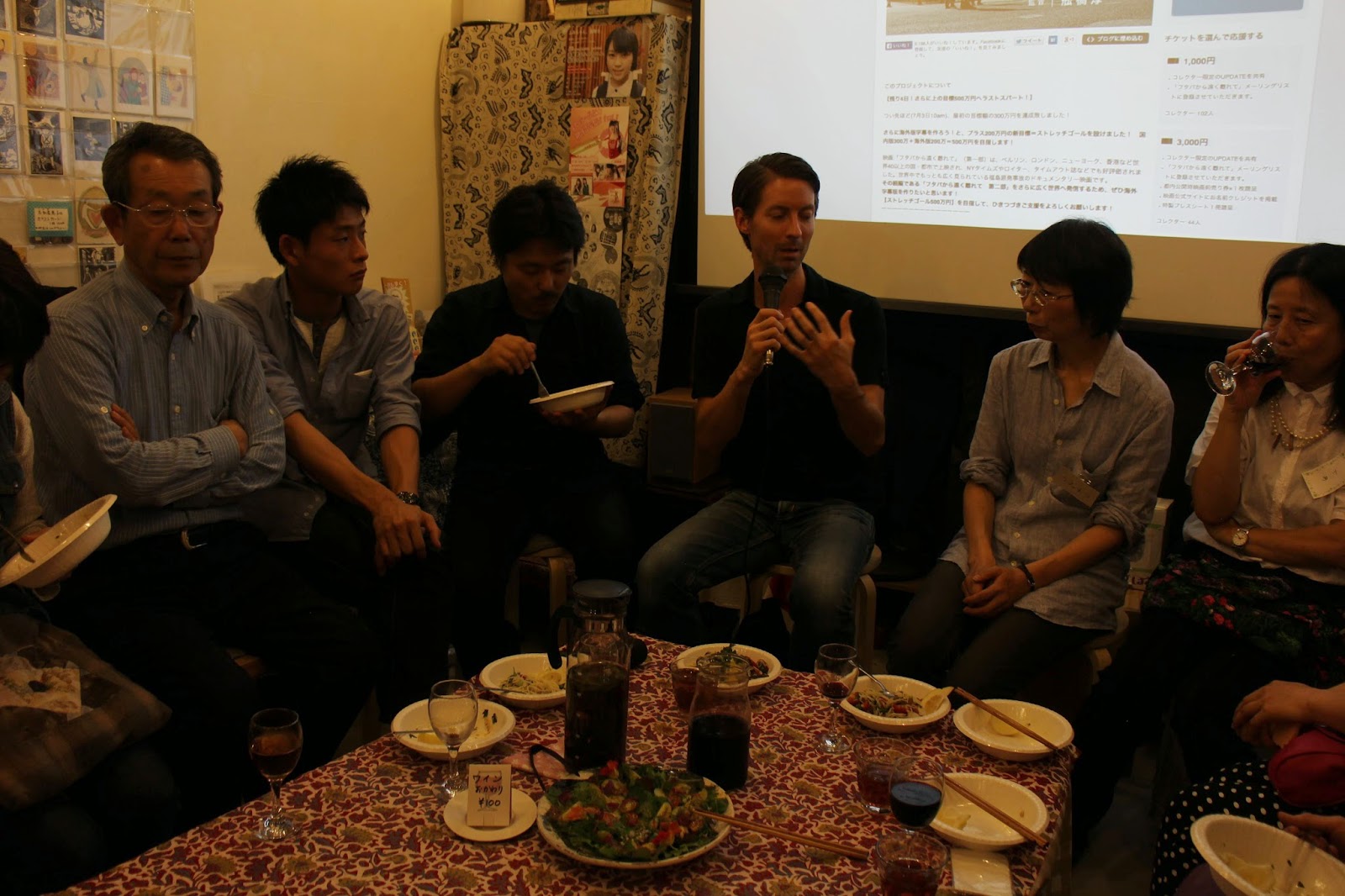 Funahashi Atsushi, director of Nuclear Nation (WEBSITE), who happens to live in the neighbourhood, attended the cafe session, and it was wonderful to see him again.  I first met Funahashi-san last year when we were screening our films during the Cultural Typhoon conference in Tokyo (INFO).

It is rather unusual to have two filmmakers whose work centers on Fukushima at the same event, and Funahashi-san joined the discussion giving the audience further context and insight into the problems facing people living in Fukushima.  And for me, it was a rare opportunity to be able to ask another filmmaker questions directly and to be able to springboard off of their answers. 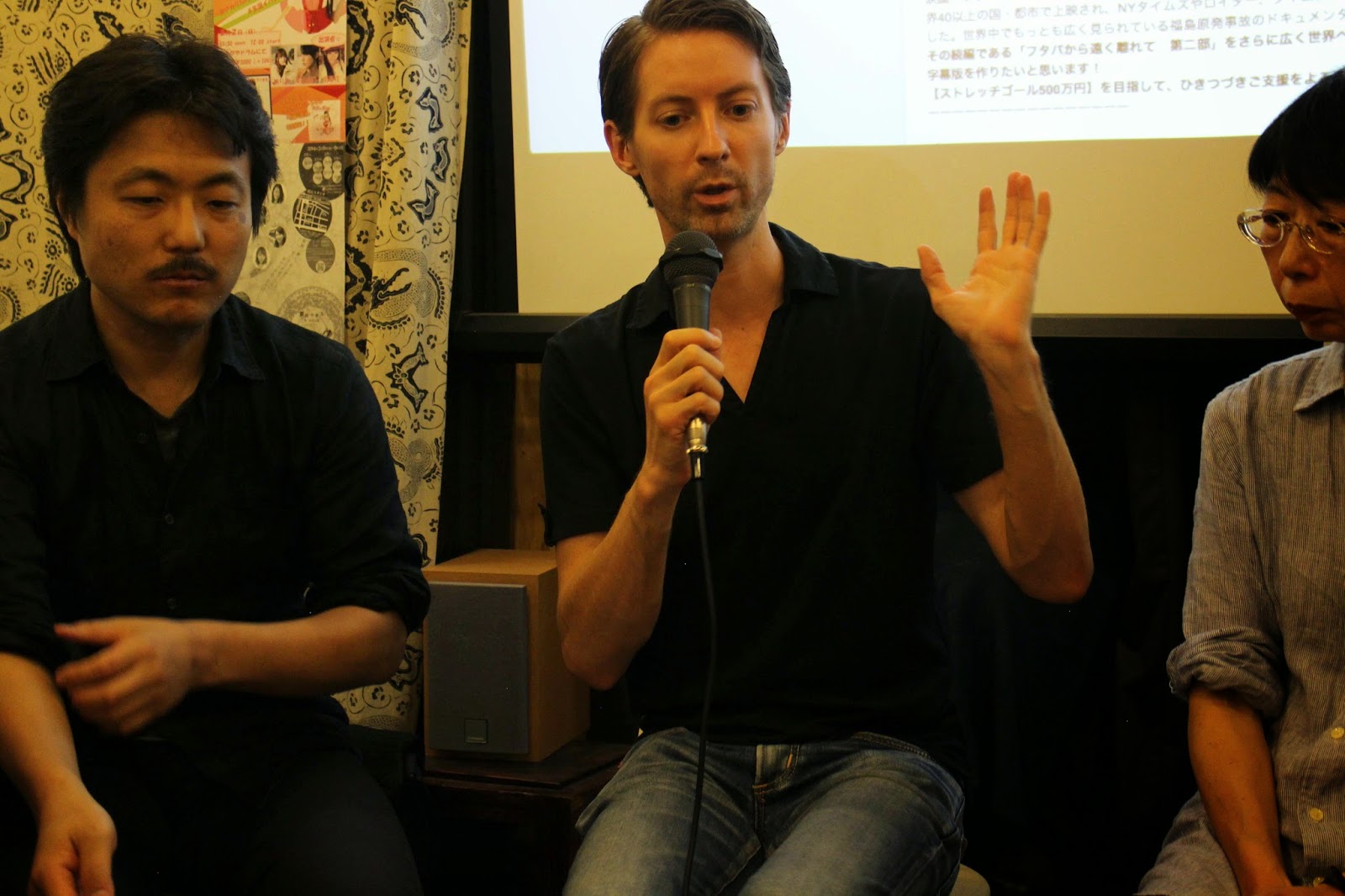 Yesterday, a nicely written and prominently-placed article about my work was published in the Tokyo Shinbun newspaper (PHOTO below, online version here: 日本語).  However, just as some reporters and newspaper editors in Japan have become bolder about publishing articles related to Fukushima, it seems supporters of the government's current policy have become bolder in their attacks against such articles. I find the bashing increasingly vicious and personal, and the backlash against the film, the mothers that appear in it, and me, on Twitter after the article was published was particularly distasteful and, quite frankly, unintelligent and immature.  And anonymous.

In the witching-hunting mobs' defense, however, I must admit the photo that accompanied the article did make me look as if I was possessed by demons, LOL. 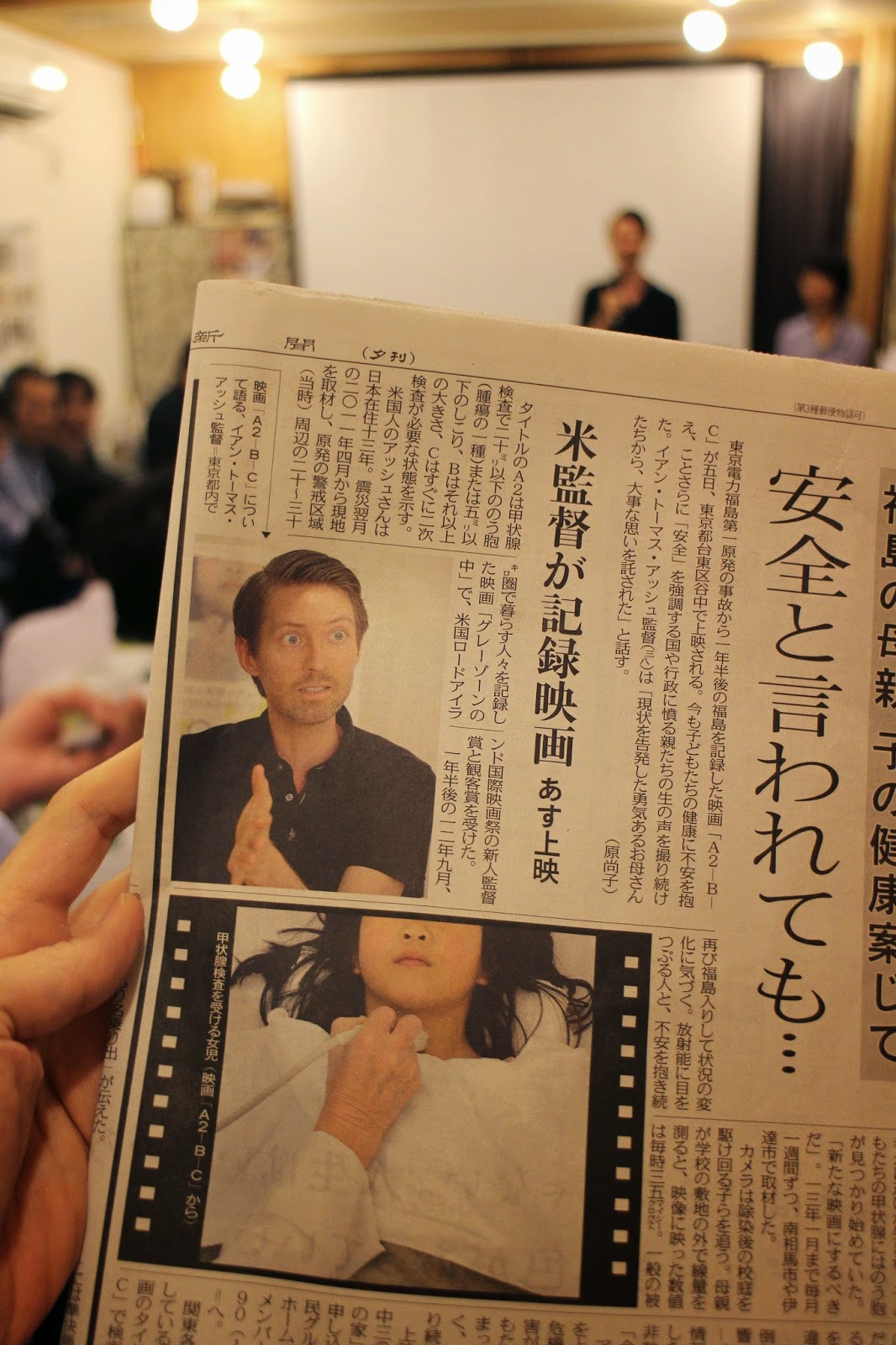 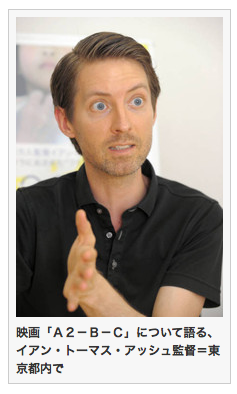 My sister and I had a good laugh over the photo while talking on the phone yesterday, but the joke was soon over:  the photo led at least one influential Tweeter to speculate in a series of sensational tweets (one is below) that my "bulging eyes" were clearly a symptom that I myself was suffering from a thyroid condition, the implication being that my work in Fukushima was directly impacting my health.  The tweets were eventually deleted at the request of a colleague (HERE), but not before they were re-tweeted dozens of times, making the rounds around the Twitterverse.  Honestly, some people have too much time on their hands... 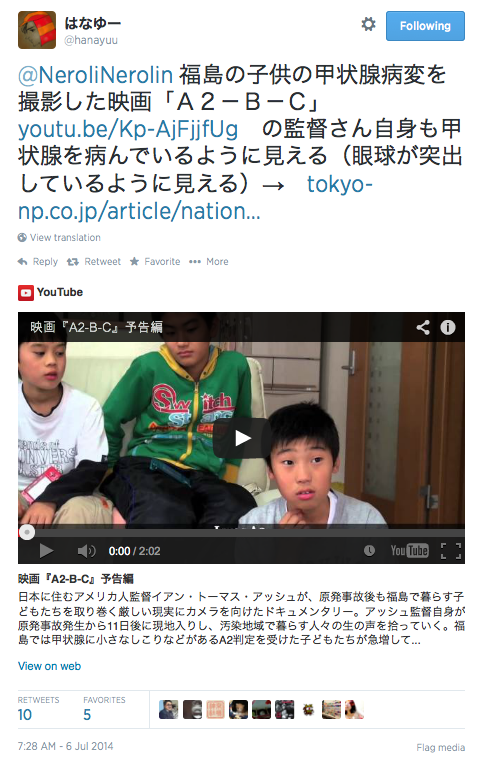 Tomorrow I leave bright and early for the airport where I will fly to Kansai for screenings in Osaka and Kyoto; and then I will be off to Kobe where I will be giving a speech on Monday evening.