The second screening of 'A2-B-C' (WEBSITE) in Kyushu this weekend was held in the town of Nakatsu.  When I met Ms. Shiraiwa, the screening organizer, she was being pulled in many directions, at least one of which was by her son, Jiro! 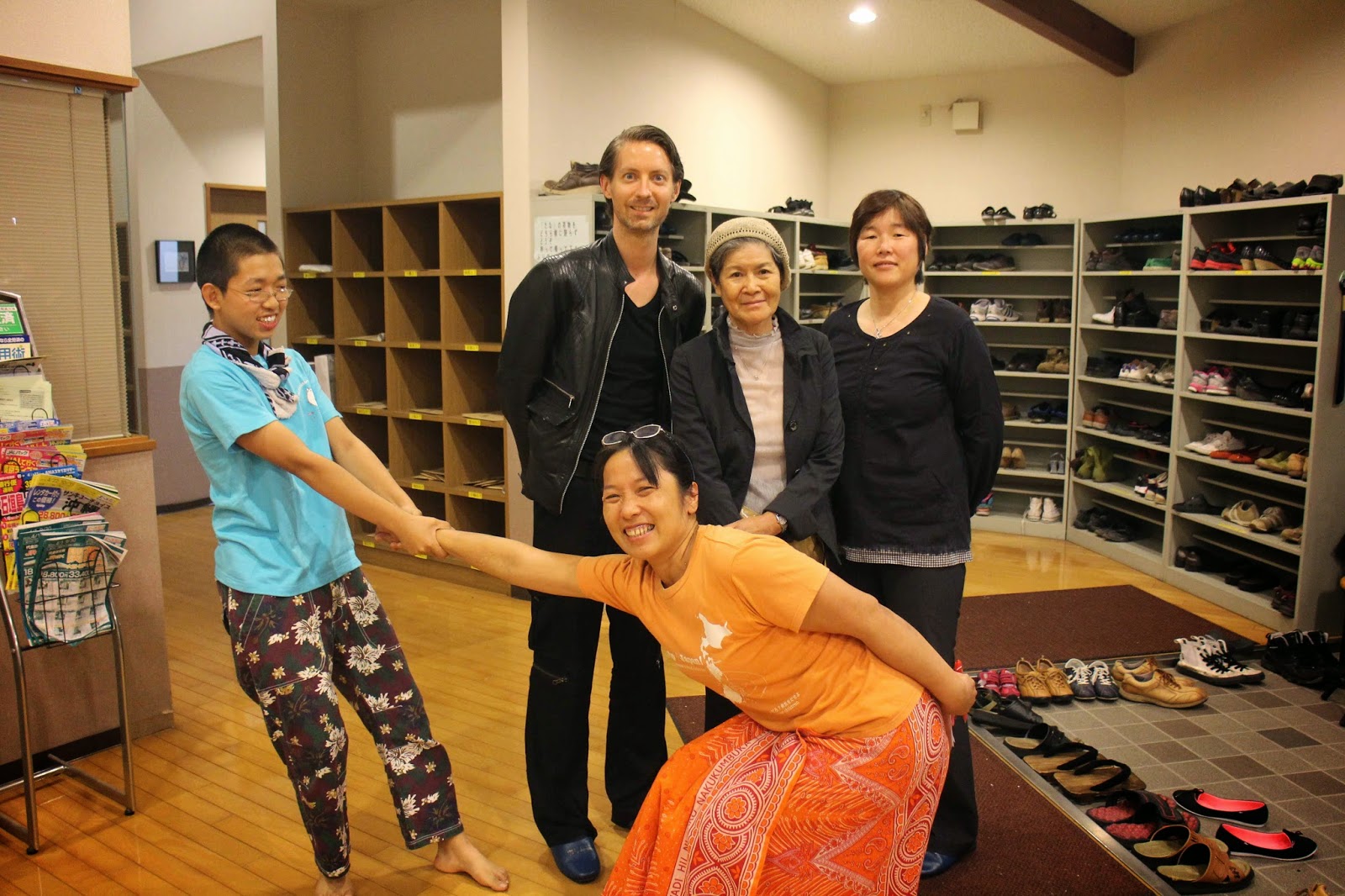 Following the screening, at which more than 130 people were in attendance, an older man stood up and introduced himself as a dentist.  He said he was representing a group of doctors who were potentially interested in arranging a showing of the film and that he had attended the screening with the intent of deciding whether they would move forward with their plans.  After having seen the film, he said he was no longer sure if showing the film was a good idea, and he expressed concern for the mothers who appear in it.  "I don't think they should have showed their faces," he said, adding, "for their own protection."  The Doctor then suggested that they could be accused of spreading false rumours, and having appeared in the film could result in them suffering prejudice or some other negative affect in the future.  He then advised me to consider deleting the trailer of the film from the internet.  Immediately. 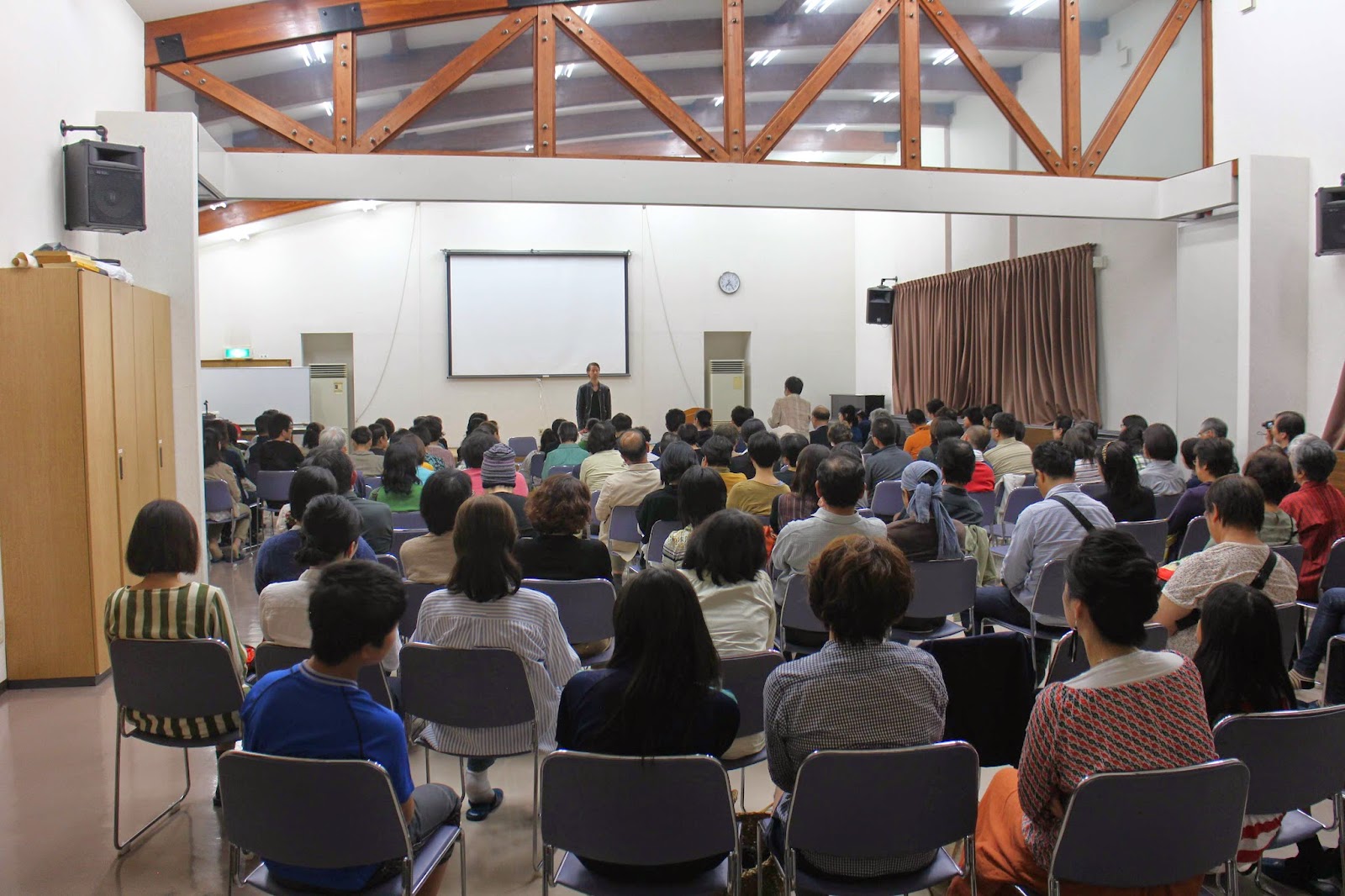 Remaining calm, I began by admitting that it is true there is no irrefutable proof that the medical issues documented in my film are the direct result of exposure to radiation.  But how many years will it take until that proof is found?  I asked the Doctor if the experts understood all that had happened in Chernobyl.  He shook his head.  "No." I said, "Although it has been 28 years, there are still things that are not known."

Addressing the Doctor, I asked, "if I told you that a glass of water may or may not have poison in it but not to worry because after you drink it, we will test it, would you drink it?"  He shook his head.

"We should be protecting children first, then trying to figure out what is happening!" I shouted, my blood pressure rising for the second time this weekend.  "Would it not be better to regret having done too much to protect children than to say in ten years 'I wish we had done more'?!"

After repeating to the audience the Doctor's suggestion that the mothers in the film should not have shown their faces, I looked him right in the eyes and said that it was exactly that way of thinking that was used to control victims of Hiroshima, Nagasaki, Minamata sickness, and more recently Fukushima.  Victims are made to feel that for the sake of their other children, they should not speak out about one that is sick.  "You wouldn't want to make it difficult for your daughter to marry, would you?" is a disgusting phrase that has been repeatedly used to keep victims quiet.

After talking a deep breath, I continued that of course I agree that the people in the film should be protected as much as possible.  That is why the film has not been put onto the internet and a DVD has not, nor probably ever will be, available for sale.  The only way to see the film is in the theatre or at a private screening.

"But why should the mothers be ashamed to talk about their fears?  Why should they cover their faces?!" I asked.  "You are suggesting that the victims self-censor by remaining quiet.  With your way of thinking, Doctor, we don't even need the recently passed Secrecy Law (STORY)!  If something terrible happens to them as a result of having spoken out, it will not be because of this film!  It will be because of people who think like you, Doctor," I hissed while pointing a finger at him.

Turning back to the audience, I shared with them about the article that was published in a gossip rag several months ago which, like the Doctor, accused my film of spreading false rumours and contributing to prejudice against people from Fukushima (STORY).  "As the saying goes 'there is no bad publicity'," I told them.  "And for a week after that story was published, nearly every screening of 'A2-B-C' in the cinema in Tokyo was sold out", I said laughing.

Once again turning to the doctor, I asked him for a favour.  "When your group of doctors decides that it is best not to screen this film, please publish a press release to that affect.  Please tell the world that your prestigious group of doctors has decided that this film should not be seen in order to protect the people who have been brave enough to speak out.  Please, I beg you," my tone dripping with sarcasm, adding, "shall I lend you a pen now?" to the audience's delight. 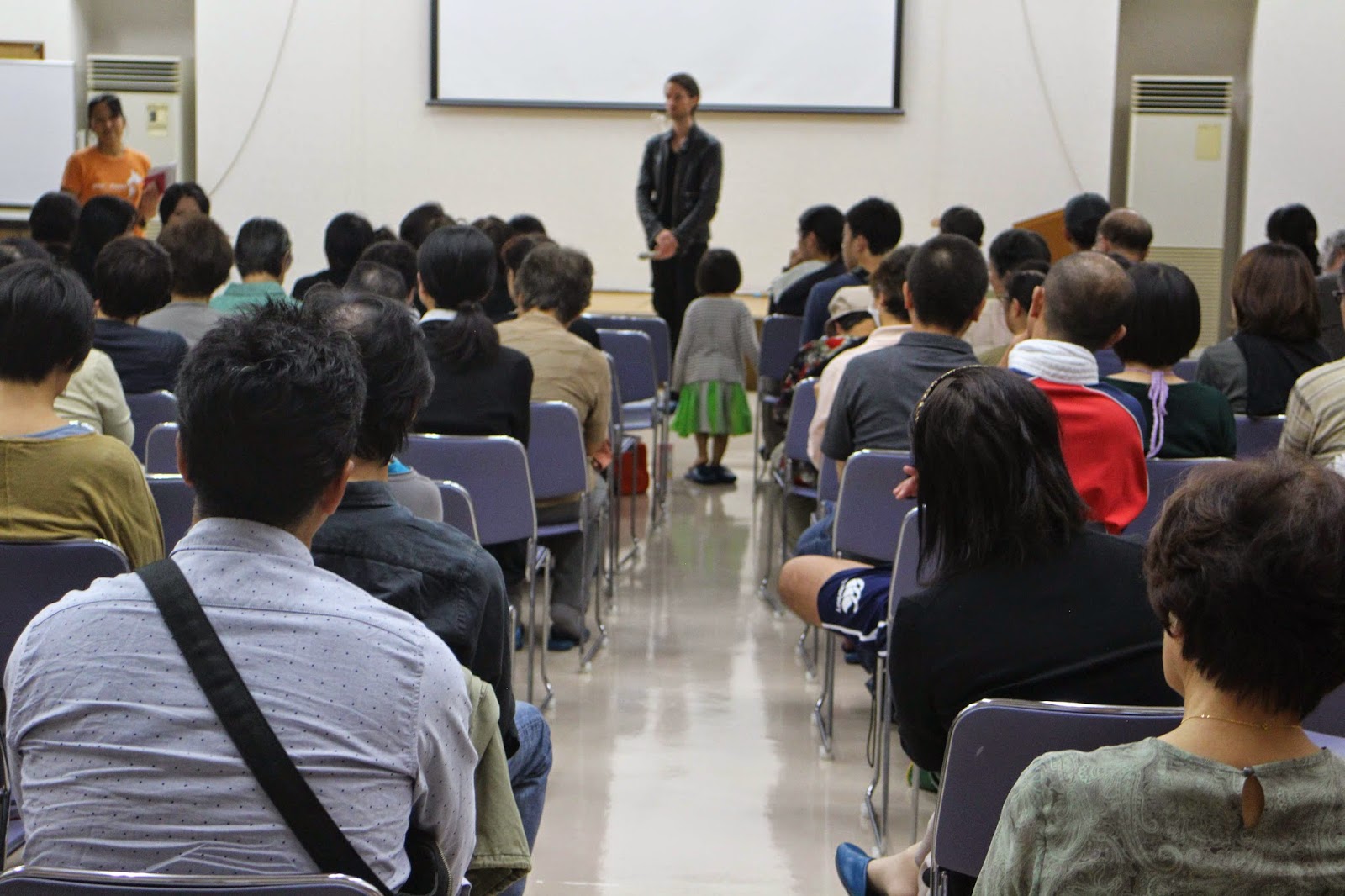 Concerned that perhaps I had said too much in my rebuttal to the Doctor's comments, after the event was over I asked Ms. Shiraiwa if I had gone too far.  She insisted I had not and said, "when the Doctor suggested that the victims should be quiet or hide their faces, I saw the fathers in the front row starting to clench their fists.  They evacuated here from Fukushima.  If you hadn't put him in his place, I'm afraid the crowd would have attacked him."
Posted by Ian Thomas Ash at 11:26 pm

Dear Ian, my blood was boiling while I was reading your message. Thank you, a thousand THANK YOU for the way you answered back, it was so just, so brave and so beautiful.
Keep going my friend !
Janick

Thank you so much for your comment and support! これからも宜しくお願いします！