After months of having to keep it a secret, the press embargo was lifted today as the official announcement was made: the World Premier of my documentary '-1287' will be in London's Raindance Film Festival, the largest festival of independent film in Europe!

Information about the screenings on October 1 at 1:10pm and October 3 at 9pm, along with the festival write-up of the film, can be found on the official Raindance film page for '-1287' (HERE). 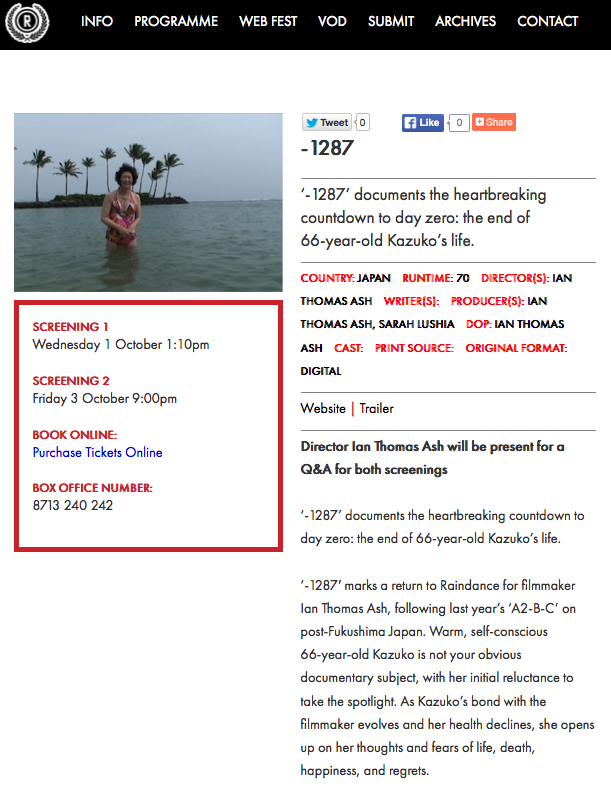 This marks the second time for one of my films to screen in Raindance, after having the honour of holding the UK premier of 'A2-B-C' in last year's edition (STORY).

Thank you all so very much for your continued support!