This weekend marked the end of the fifth week for 'A2-B-C' (website ENGLISH/ 日本語) to be in the theatre in Tokyo (INFO).  Despite the rainy-season weather and the start of the World Cup, big audiences came out to see the film, and I continue to be humbled at the response the film is receiving. 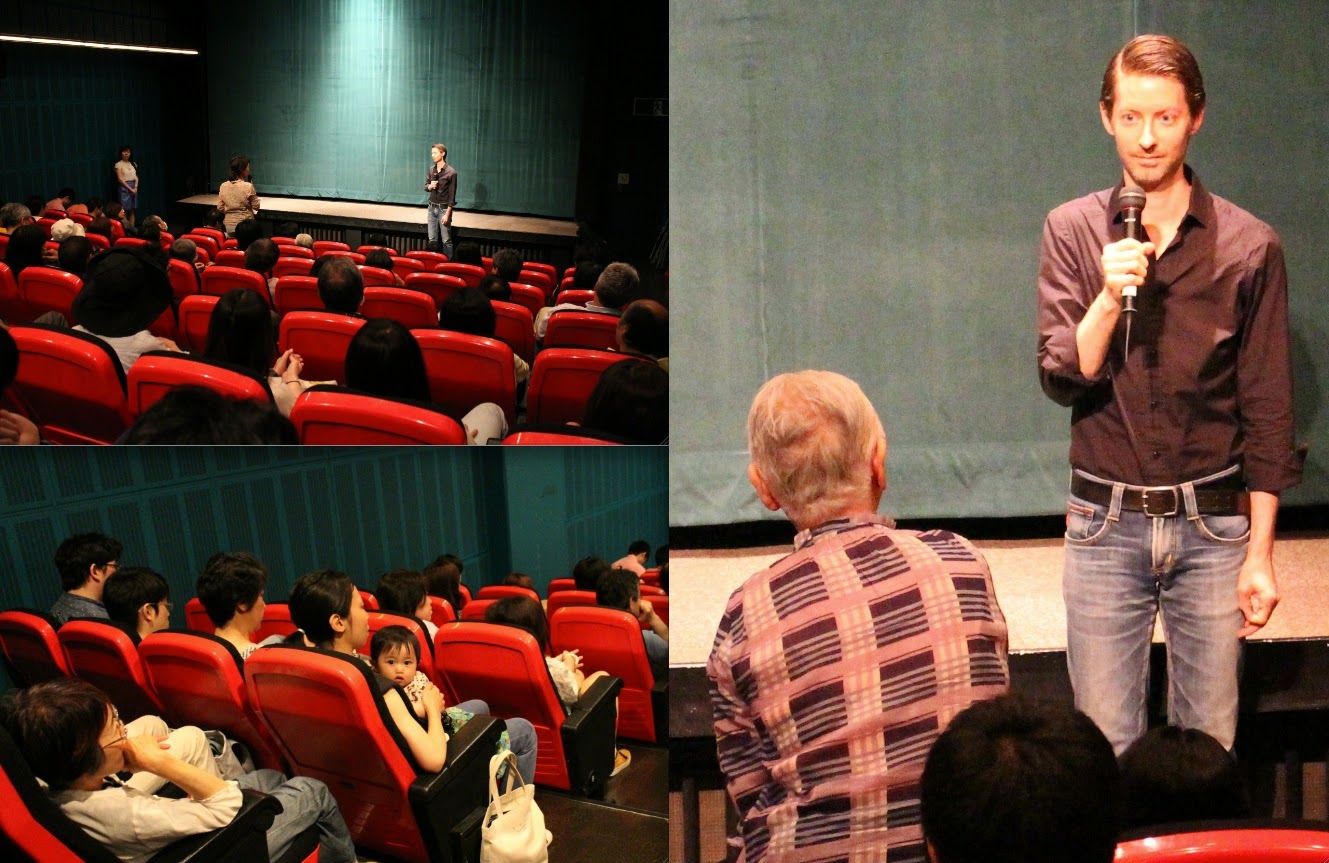 This is not to say that all of the response has been positive.  One notable (and particularly vicious) attack on me, the film and the mothers who appear in it, was published this week in Asa Ge Plus (アサ芸プラスここ) under the title "Fukushima Discrimination Film 'A2-B-C' Encourages International Discrimination of Fukushima" (福島差別映画「A2-B-C」が国際的な“福島差別”を助長する). 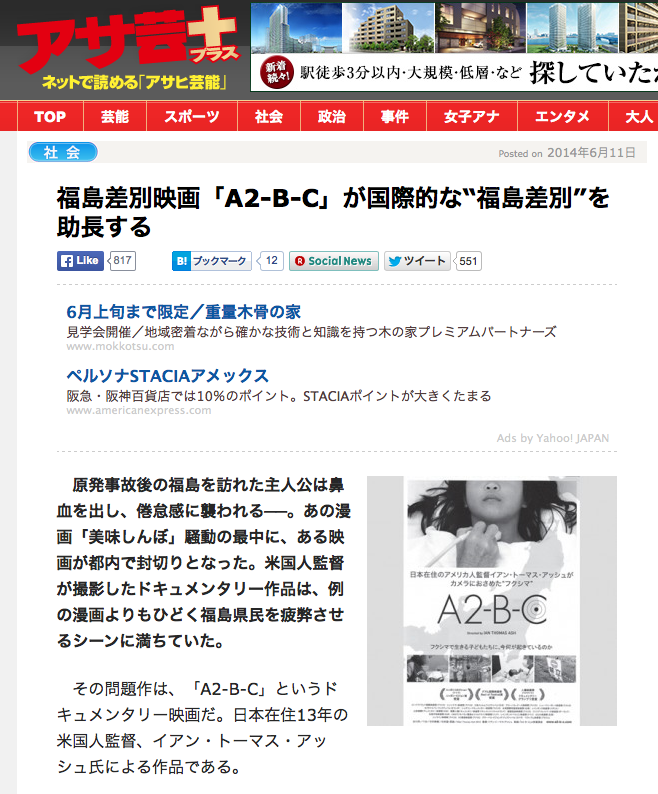 This awkwardly-worded and repetitively-titled article accused me of intentionally inciting discrimination against Fukushima without, of course, suggesting any possible motive for me wanting to do so.  I can certainly handle this kind of accusation but the article then goes on to attempt to discredit the mothers in the film at a time when they are already feeling exposed and vulnerable to retaliation.

I was never asked for my comments about the story before it was published, and the writing was simply not of high quality (I mean, if you are going to attack me, at least have the decency to do it with proper grammar, for goodness sakes!).  Further putting into question the editorial integrity of the magazine, the article was published anonymously, with no byline.  Anonymously attacking people with differing points-of-view is a particularly popular weapon of choice in Japan (one needs to look no further than popular website "2-channel" for some gruesome examples), but it only leaves one guessing about any possible political affiliations or motivations of the author.

Thankfully, the Twitter-verse rallied around us and encouraged people to go and see the film.  With with a nearly full house at the 10:30am screening on a rainy Saturday morning, it would indeed seem "there is no bad publicity".  And there were even a few chuckles to be had, like when some Twitter users altered one syllable in the name of the publication into the word for "a#@hole"(!).
Posted by Ian Thomas Ash at 11:00 pm

citizenperth, thank you for your support! Much Peace, Ian

I have no words... Whoever created that attack, is a coward and a person with a heart of stone. Keep strong, Ian, true humans trust you and believe in you.

Your work is extremely important, informing the people, giving an opportunity to the Fukushima victims to express their plight to the outside of Fukushima.
It disturbs those who'd like to cover it up with a lead lid, to me that is proof of your testimony worthiness. Courage
I love your work and you have my deep respect and full support.

Asagei, Asahi Geinou (朝日芸能), is the yellow journalism magazine. Every Japanese knows the magazine is not good and their influence is quite small. Anyway, I saw the movie twice in Tokyo and New York, I want to see new documentary of Fukushima of Mr. Ian.

Thank you all so very much for your support! As they say, "there is no bad publicity", and ironically this article resulted in creating much more awareness about the film than it did damage.

Thank you for your continued support and encouragement.

I read your blog.I thought it was great.. Hope you have a great day. God bless.

Thanks for sharing your article and for giving us the chance to read it. It is very helpful and encouraging. Visit my site too.