Today I had the honour of being invited to speak at the 2014 Cultural Typhoon, "one of the largest events of Cultural Studies in Asia-Pacific Regions" (WEBSITE).  This was the second time for me to present my work at this conference after my film 'A2-B-C' (WEBSITE) was screened for the first time in Japan during last year's edition (INFO).

This year the conference took place on the gorgeous campus of the International Christian University (WEBSITE). 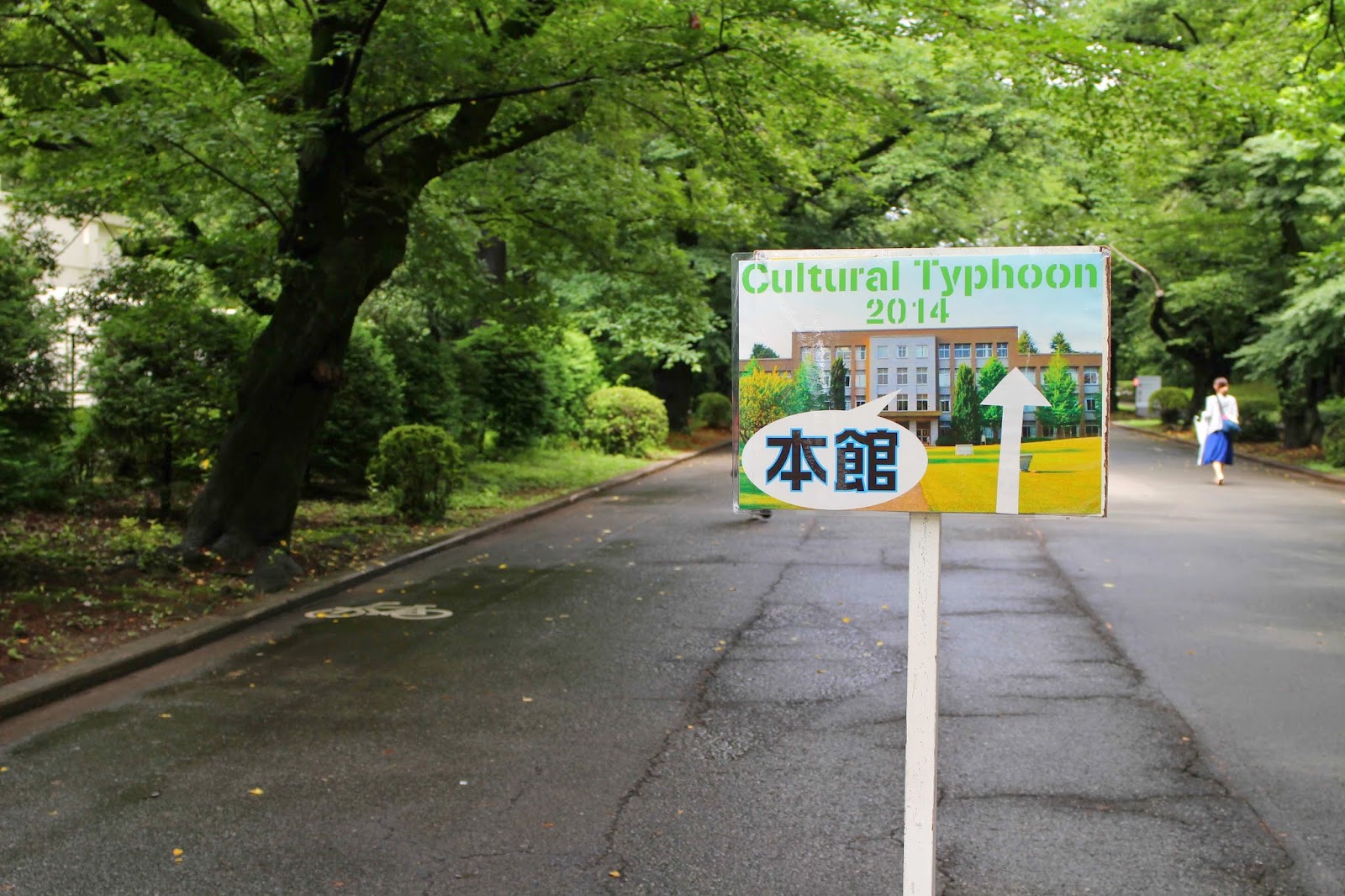 In the morning I was a panelist at a symposium called "A verification Study on the media environment- On the 3rd year of the 311 nuclear accident of Fukushima".  I have had the honour of presenting with two of the other panelists, Waseda University Professor Mamoru Ito and Tokyo University of the Arts Professor Yoshitaka Mōri, in March of this year (HERE) and earlier this month (HERE).  I don't really think about how I make films, so it is extremely humbling (although slightly surreal) to hear these influential media academics talk about my work.  And I often feel they understand more about how I make films than I do! 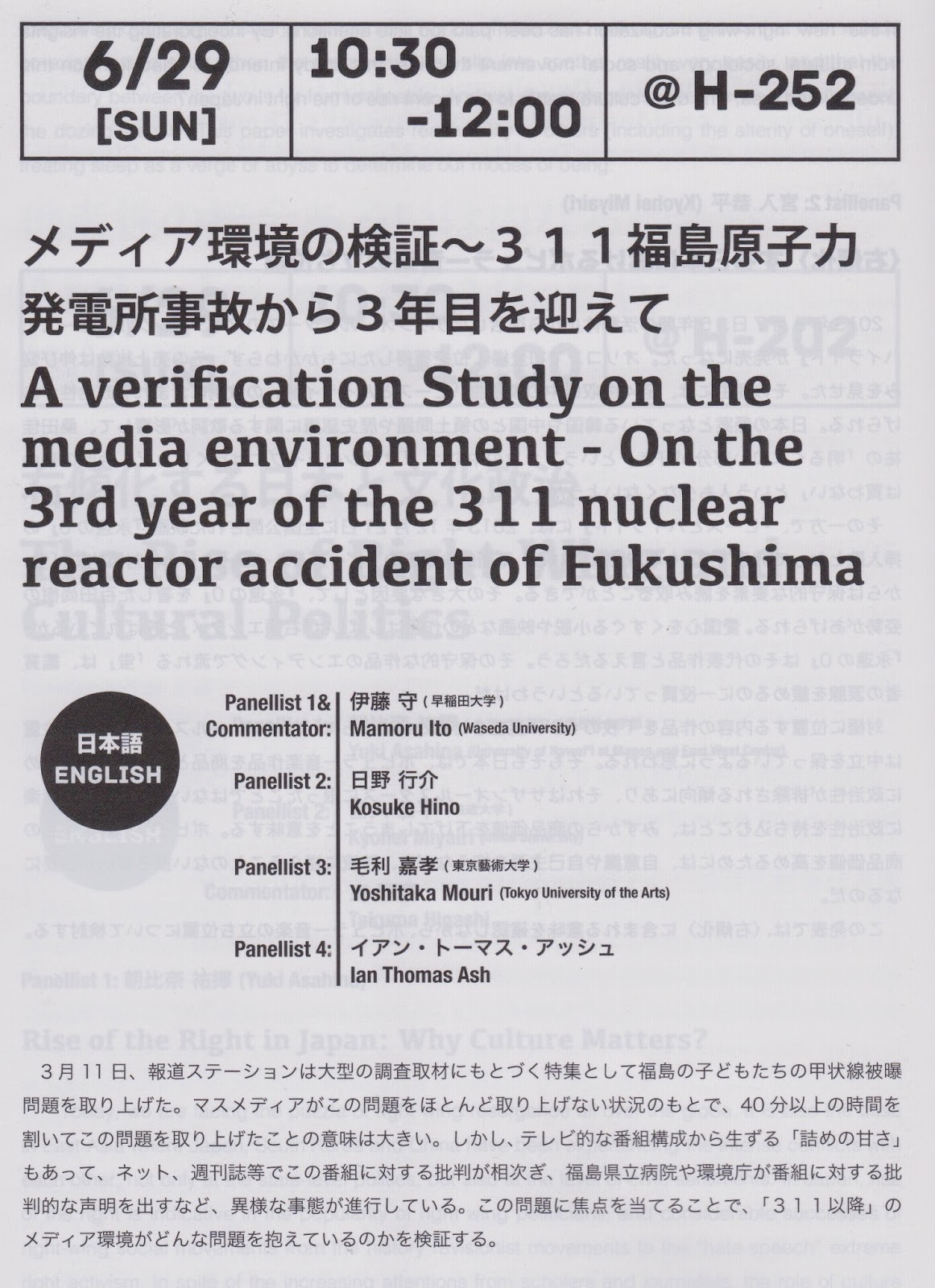 I was there to talk about my work as an independent filmmaker covering issues that are affecting the children living in Fukushima, while Mainichi Shinbun (newspaper) journalist Kosuke Hino, spoke about covering the same topic within the limitations of a large media organization.

I must admit to being slightly concerned if my Japanese ability would not only allow me to understand the academic nature of what was being discussed, but then also enable me to contribute anything even half-way intelligent to the debate.


After a lunch break in the beautiful grounds outside the ICU chapel (PHOTO below), 'A2-B-C' was screened for conference participants.  Following the screening, there was just enough time for a brief Q&A and discussion before I had to rush to the train station to attend another screening. 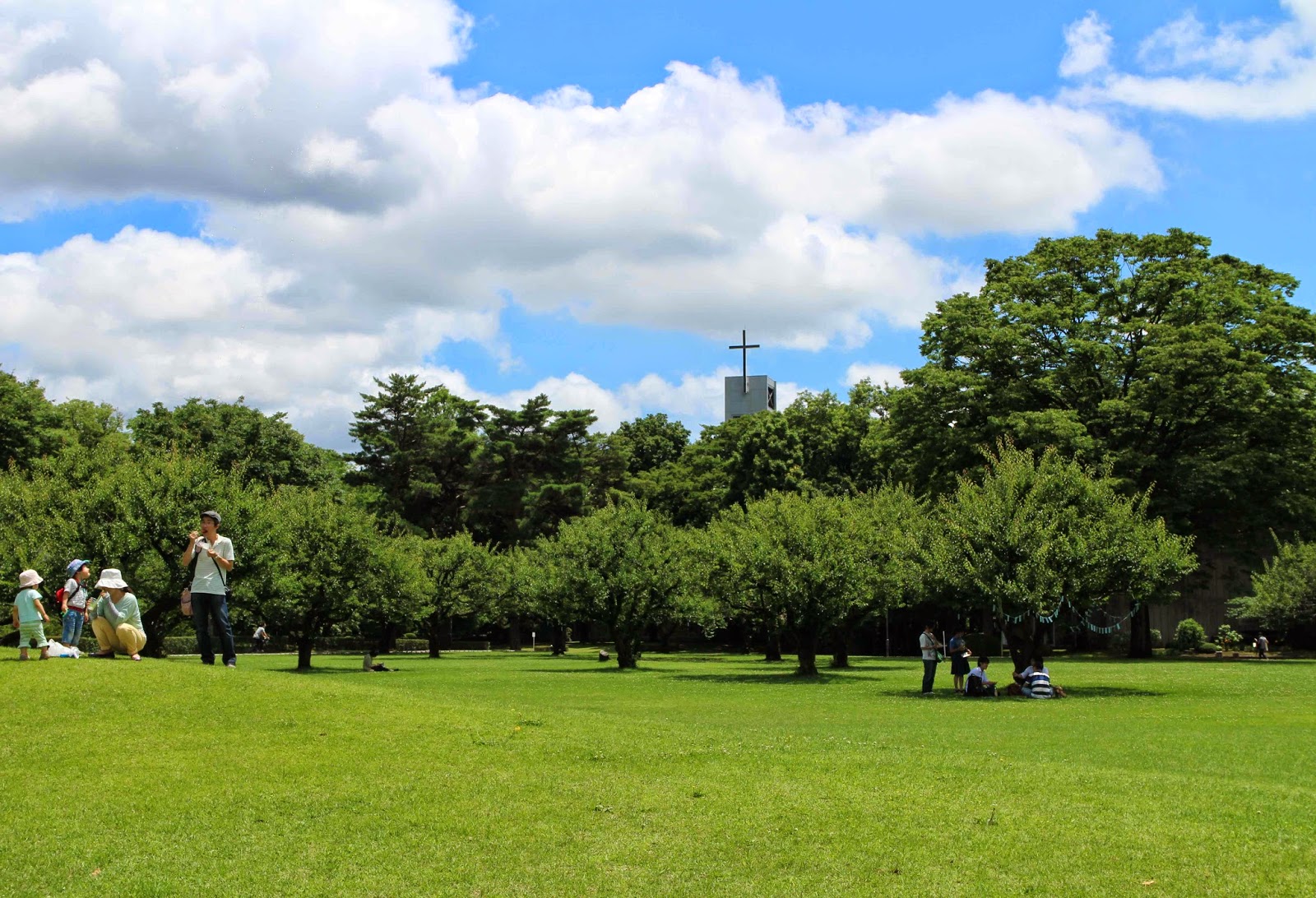 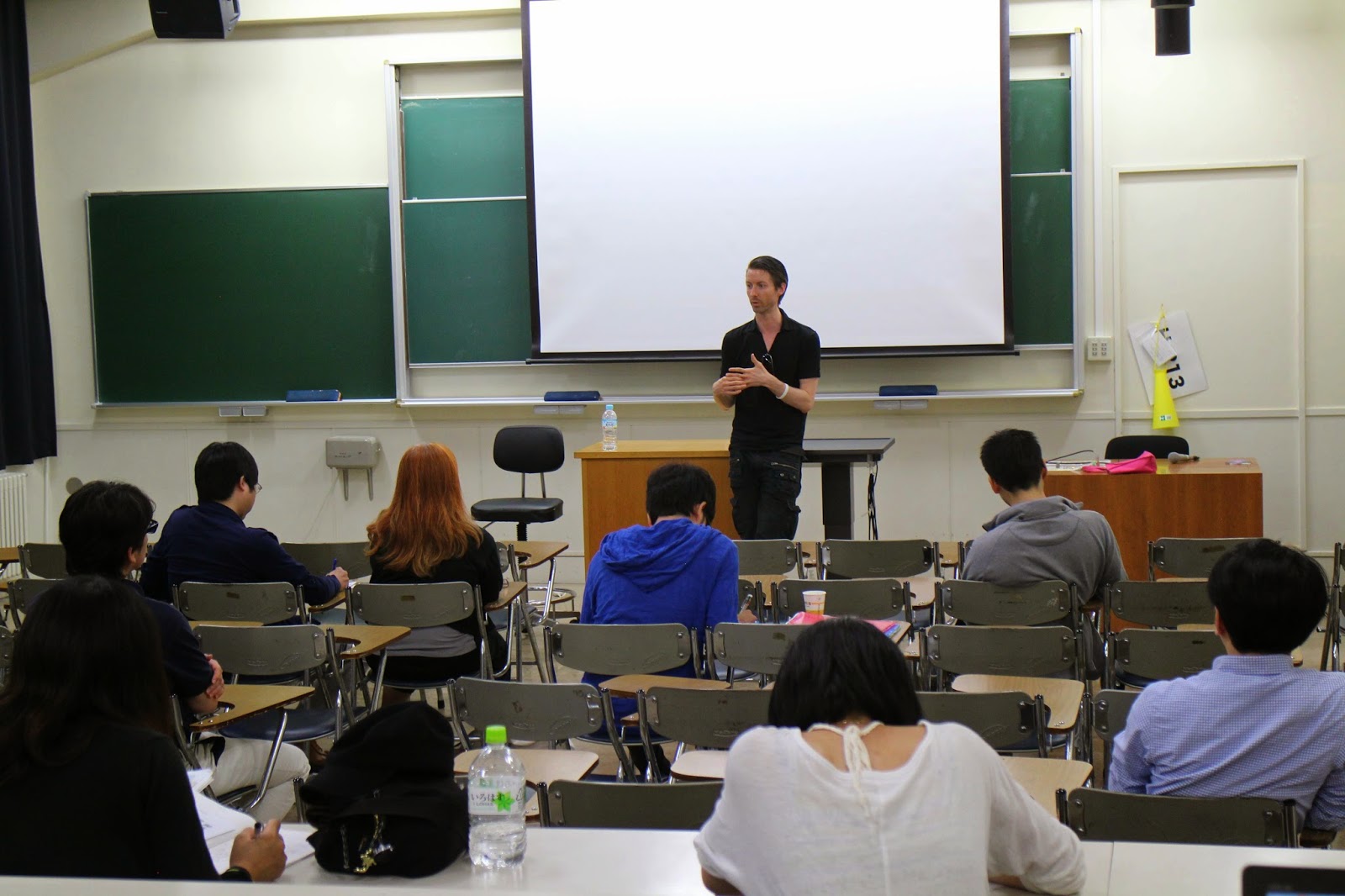 'A2-B-C' was also being screened twice today in Saitama, an hour and a half outside of Tokyo.  The screening was arranged by the curators of Kaguya, a house built more than 150 years and is now an art gallery.  The house is situated in a gloriously green setting, and the intricate craftsmanship of the building itself is a work of art. 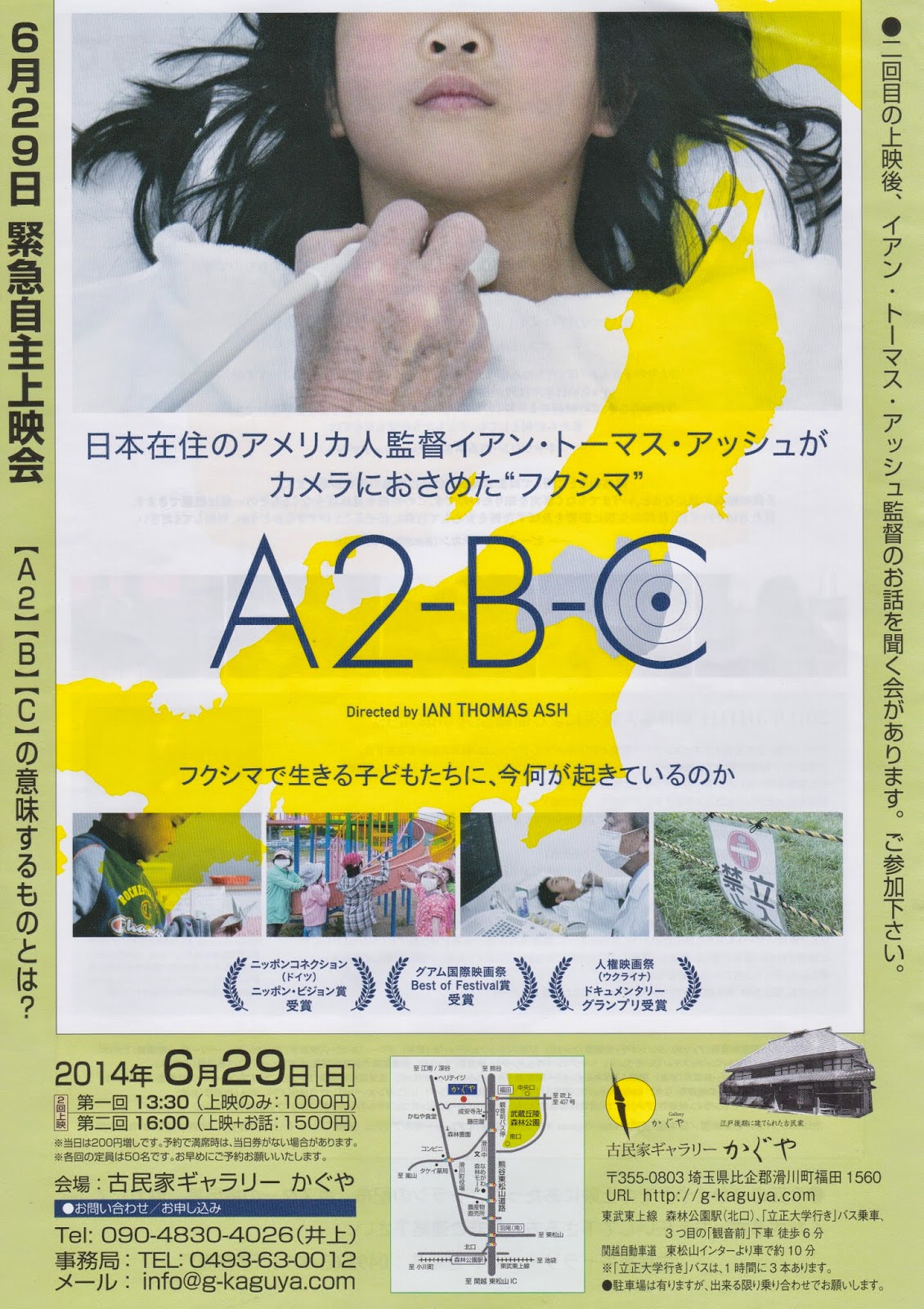 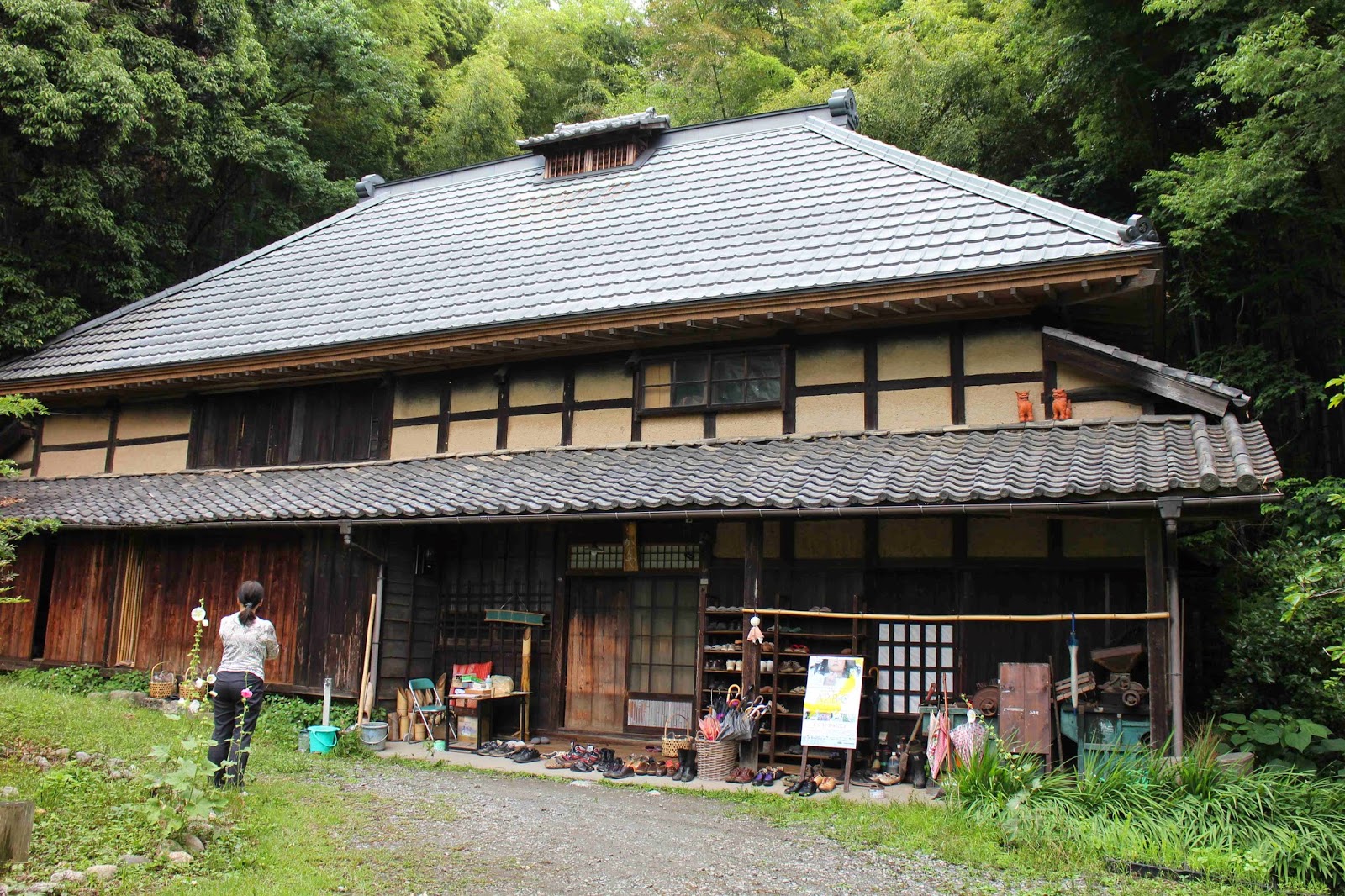 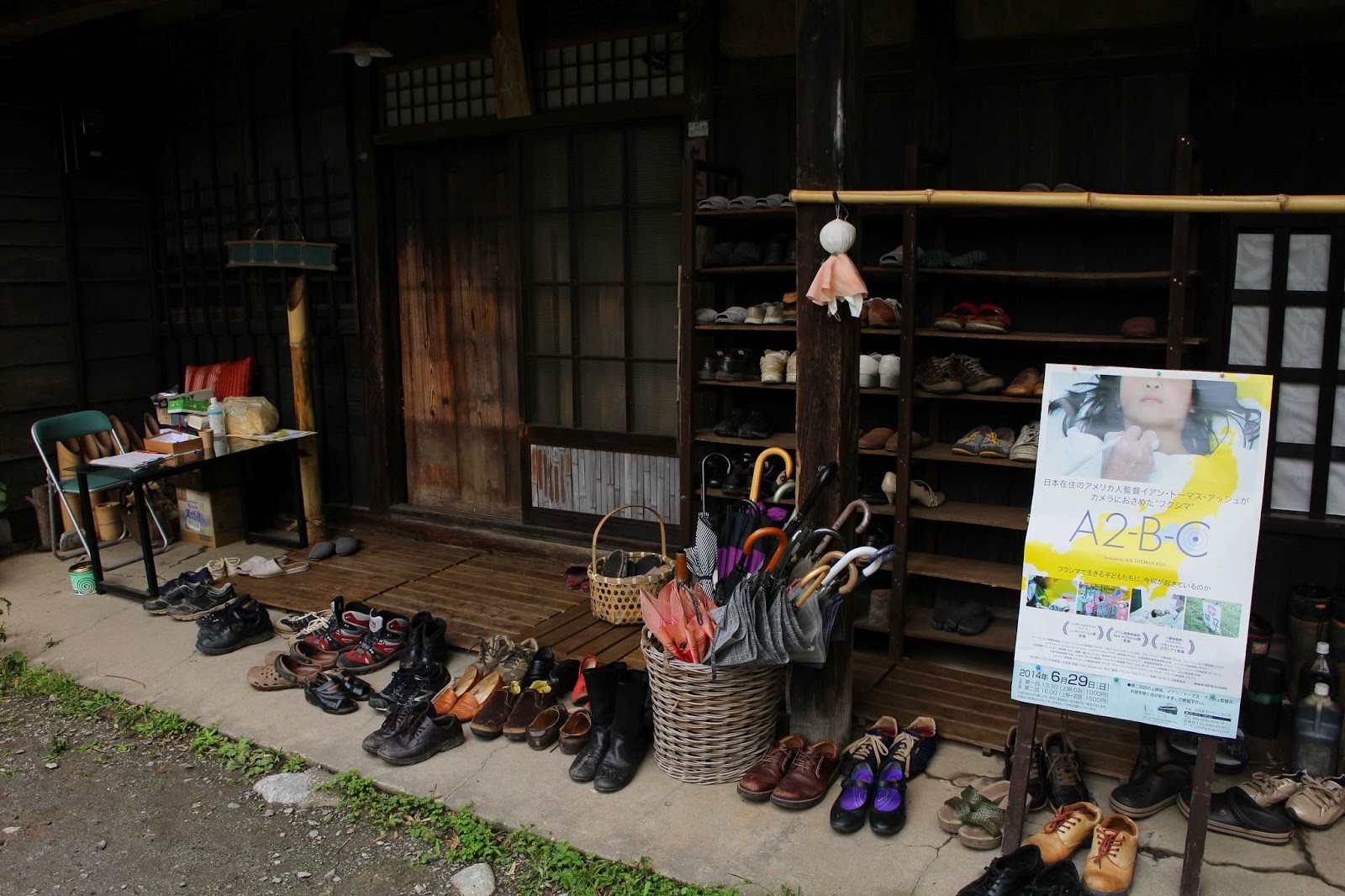 More than 60 people were gathered together for the second screening, and I arrived with just 10 minutes to spare before the post-screening discussion.  The film is 71 minutes, but the discussion over tea and homemade baked goods that followed lasted more than an hour and a half (!).  It was a wonderful opportunity to hear so many different opinions and be asked so many questions on a variety of topics.  This experience solidified for me that a film like 'A2-B-C' really does have more impact when paired with some kind post-screening discussion, however informal, to help people talk through some of the shocking things they have just seen.

After screening the film, I am often asked, "What can I do?", but I am afraid I do not know the answer.   I am still trying to figure out what I can do myself, because for me, this is just the beginning of what I am capable.  For people who watch the film to suddenly want to do something is an important first step, but what each of us can do is different; and while we are all on the same team, we have different roles.  To know what it is we can do, we must look into our own hearts for the answer. 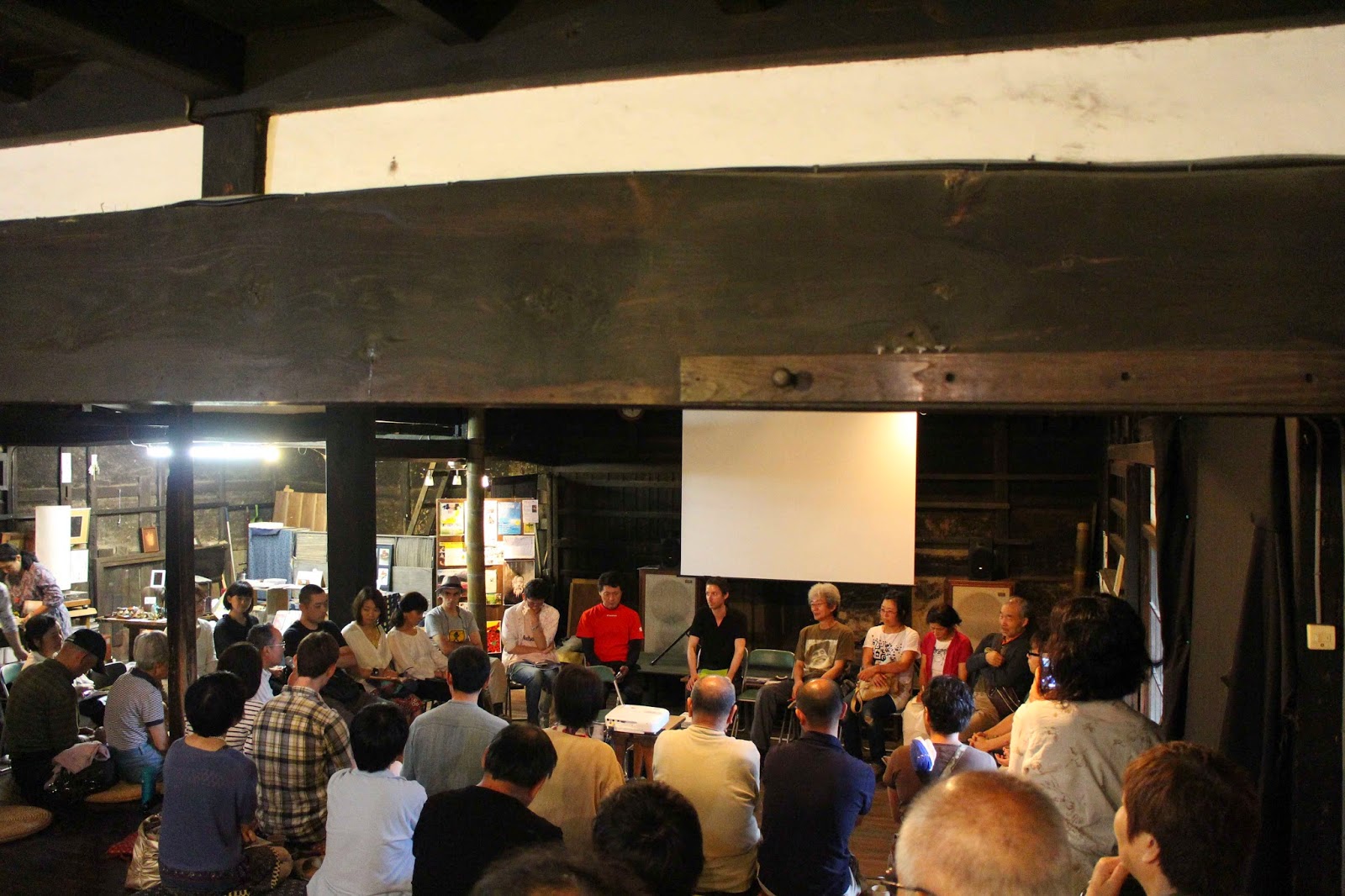