Last evening I was honoured to take part in the symposium "Deciphering Japan" organized by Dr. Minna Valjakka (University of Helsinki / Tokyo University of the Arts) and overseen by Dr. Mouri Yoshitaka (to whom I am grateful for introducing my work in a number of settings, including THIS symposium held in March and the opening night of 'A2-B-C' HERE). 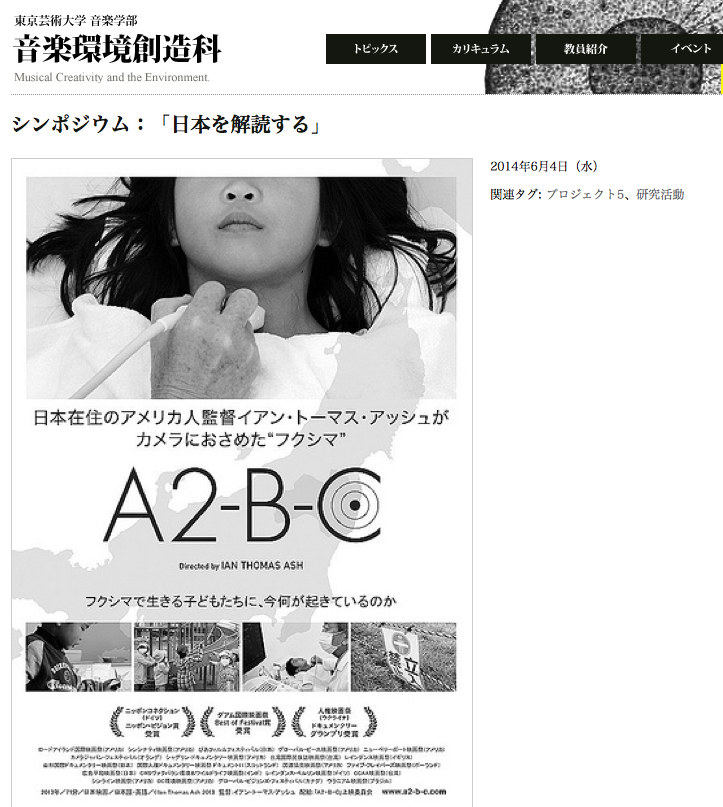 The focus of the symposium was on independent filmmaking in Japan and its role in disseminating information among a seemingly ever-tightening control of the official media:

Creating video documentaries is a popular trend to spread information on current issues. In Japan, it is also becoming a significant form of giving a voice to people whose perceptions are not covered by the official media. What kind of challenges do independent filmmakers encounter in Japan? What does it take to interpret the story of a Japanese individual person or a community through film?

Friend and colleague Adrian Storey (a.k.a. Uchujin WEBSITE) and I were invited to speak about our path to filmmaking and our lives as filmmakers in Japan, as well as share clips from some of our recent films. 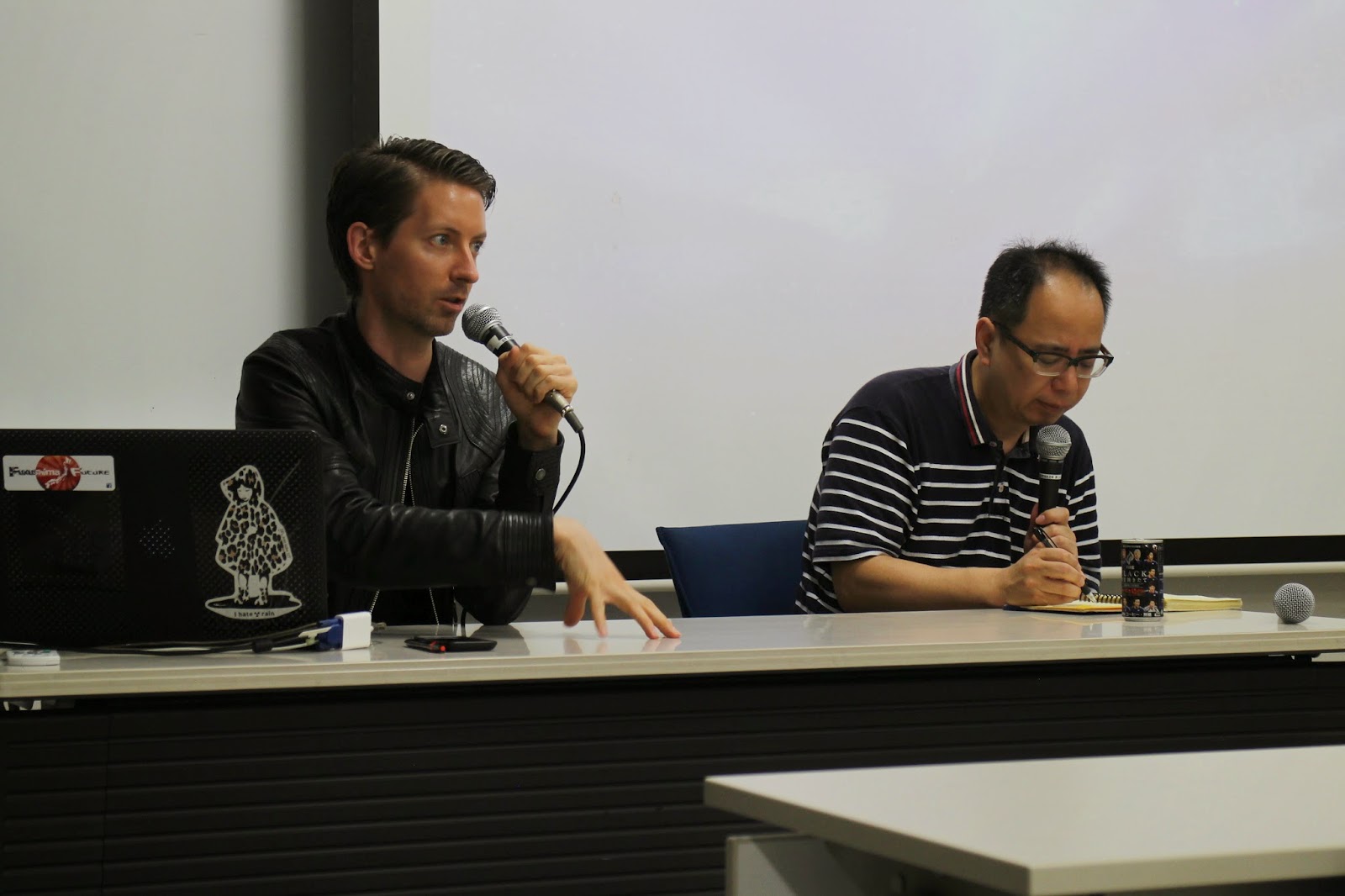 Taking part in post-screening discussions and symposiums like this, gives me an opportunity to think about what it is that I do.  It isn't often that I actually sit down and reflect deeply on what I have done (and certainly not regarding what I am about to do), and so having to explain what I do and why I do it forces me to actually think about it.  And every time I do, I have some kind of revelation, some understanding that I have never had before about what I do.

And last night's was HUGE.

During my talk, I shared two clips of my work.  The first was from 'A2-B-C' (website HERE, trailer BELOW), the film I have been promoting since last year.  I also shared a clip from my newest film, '-1287' (website HERE, trailer below) which will be premiering in September.  As it is not even completely finished, very few people have seen '-1287', and it was the first time for me to publicly share any clips from it.  I was really surprised at how self-conscious I found myself when it was playing.


Both Adrian's path to filmmaking and his filmmaking style are quite different from mine, which made both for a fascinating presentation and extremely interesting discussion.  Where I have only lived and worked as a filmmaker in Japan, Adrian has lived and worked in many countries around the world;  and while my work is almost exclusively independent documentary features, Adrian directs both independent documentaries and larger commercial pieces. 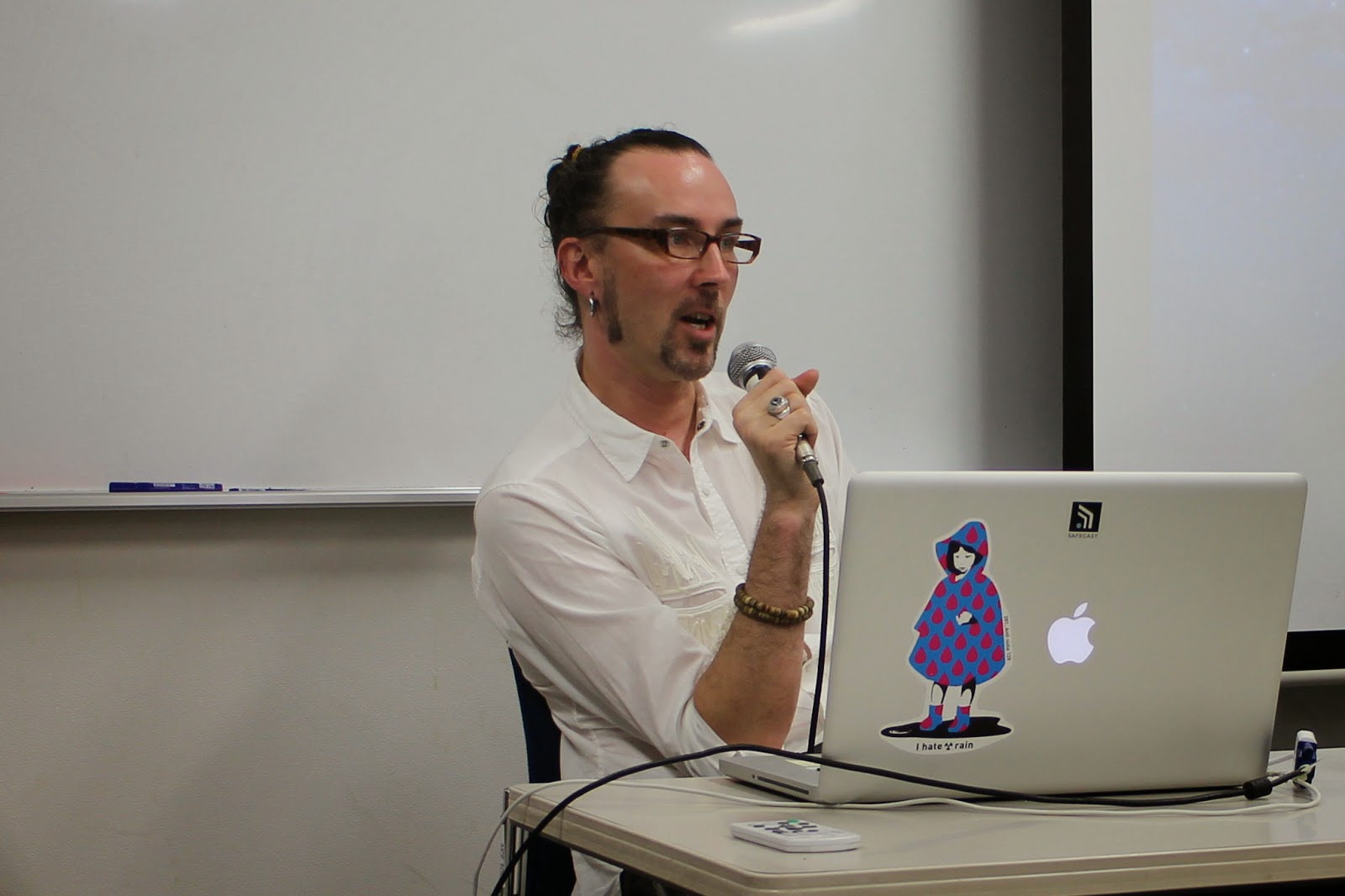 From his recent work, Adrian shared "Only Japanese Imam in Tokyo" and "281_Anti-Nuke" (both full films BELOW).

281 is a mysterious street artist who has come to world fame because of his anti nuclear power art. But his art has also made him many enemies...a reason why he has to conceal his identity.


Following our presentations, the floor was opened for questions from the students and members of the public in attendance.  Not surprisingly, many of the questions were about the practicalities of filming people on the fringe of society, both how we gain their trust and how we try to protect them even while sharing their story in such a public way. 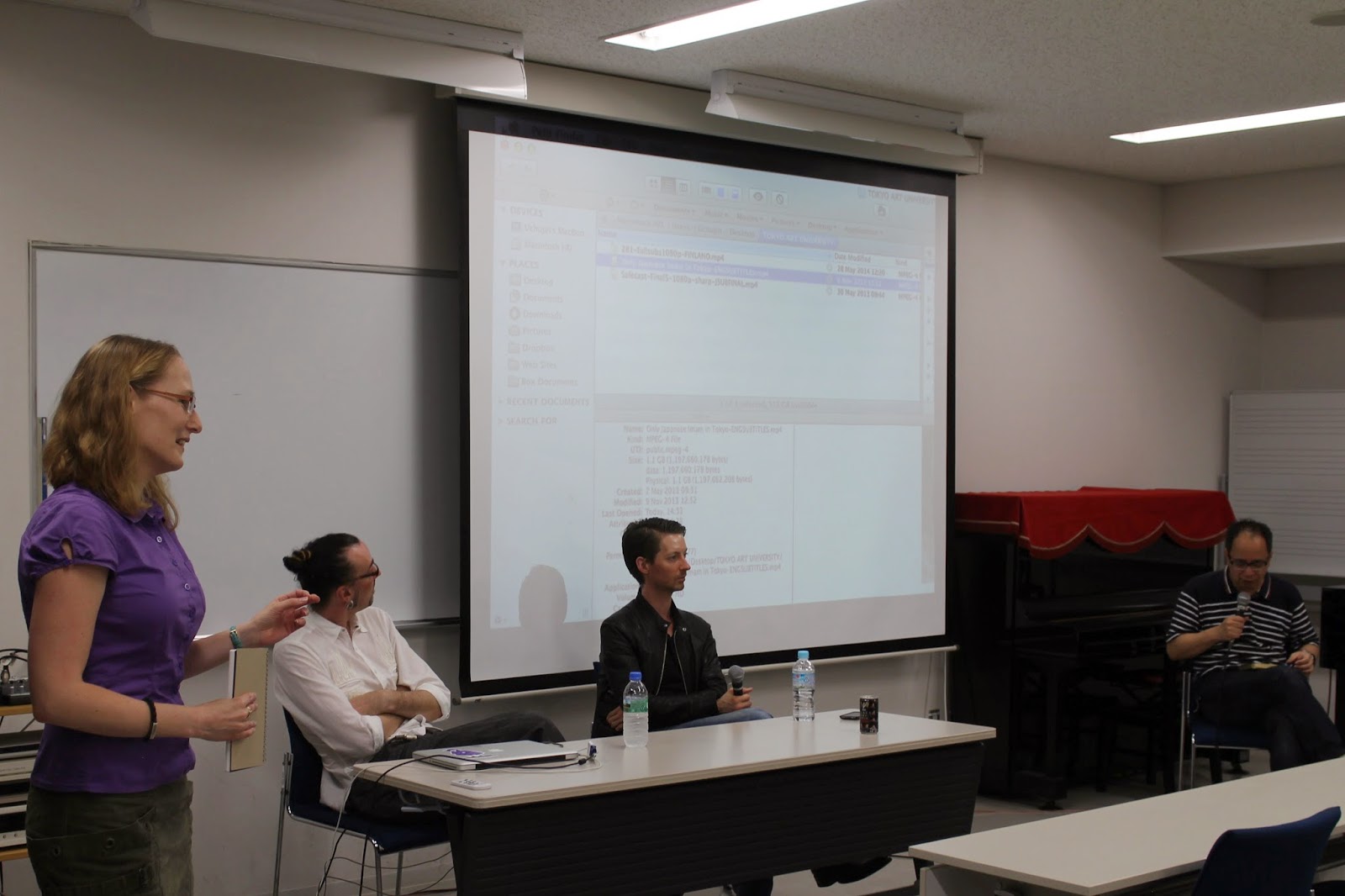 And one of the last questions: how do we as filmmakers protect ourselves both from the people who would want to stop us from telling these stories and from the darkness that often accompanies delving into these topics.

Yes, how do we protect ourselves?
Posted by Ian Thomas Ash at 9:32 am