Mrs. Takano's son, Ayato, was born in January 2011, two months before the nuclear meltdown.  The Takano family is from the evacuated village of Iitate in Fukushima, and are now living in temporary accommodation nearby.

While most mothers keep a baby book, Mrs. Takano has a folder in which she files the results of the government health checks and radiation monitoring for her son. 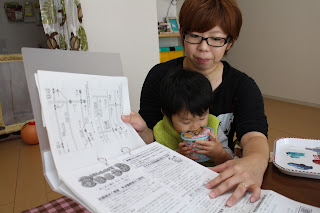 Months after the nuclear meltdown, families in Fukushima were required to fill out extensive paperwork by recalling where they had traveled to, how many hours they had been outside, and what foods they had consumed in the weeks and months after March 11.  Although it is impossible to know the true figures since no one had personal radiation monitoring devices with them at the time,  the government used this information to estimate what each person's likely level of radiation exposure had been.

According to the official government calculation, in the four-month period following the nuclear meltdown alone, it was estimated that Ayato, now two-years-old, had been exposed to 5.4 millisieverts of radiation, more than five times the government's pre-disaster limit of 1 millisievert per year. 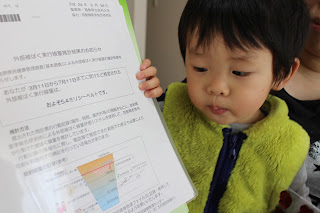 Ayato's friend Itsuki, who just turned three, came over to play.  The boys ran, threw balls and even rode little 3-wheel bikes inside, things we would never have been allowed to do in the house growing up.

But Mrs. Takano does not allow Ayato to play outside.  She has never allowed him to play outside.  Having been born just before the nuclear accident, Ayato is part of a generation of children in Fukushima that will grow up not ever knowing what it is like to play outside freely. 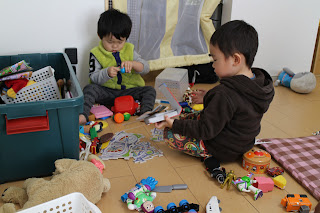 Only once has Ayato known what it is like to run outdoors, touch dirt and play in the water freely.  It was on a recent visit to the Japanese island of Okinawa.  The trip was organized by a non-profit group that arranges for children from Fukushima to visit far away places for respite.

Ayato showed me a picture from his trip. 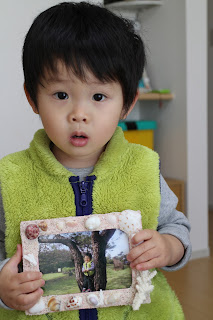 Mrs. Takano said that when Ayato came back from Okinawa, she had a difficult time making him understand that he couldn't go outside to play in the dirt and in the water as he had done in Okinawa.

When I left, the boys walked me to the front door.  As I turned around to say goodbye, Itsuki, Ayato's friend, was slyly dipping his foot into his shoe.  He looked like he was planning an escape, about to make a run for the big outdoors, just like an indoor cat. 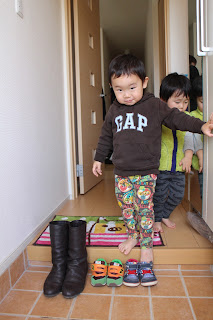