Today, as the cherry trees begin to blossom in Fukushima, the start of a new school year began. 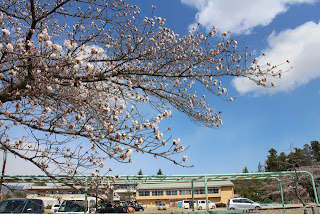 Kae stood in front of her new school and showed me the new pink backpack that she is so proud of.  This school is new to Kae because she will be entering the first grade.  But it is also new to her because she and her family have evacuated from their home that was contaminated with radiation.  Evacuation has brought relative safety to Kae and her two brothers, but it has also meant leaving their familiar school and friends. 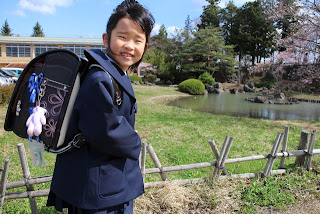 Before the School Entrance Ceremony in the gymnasium began, Kae's mother pinned her name on her daughter's new uniform.  Her brother, Koutaro, signed the school-transfer paperwork as their little brother, Shinjirou, looked on. 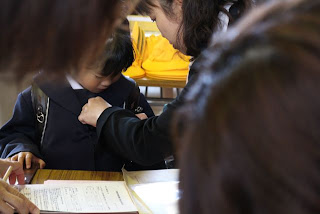 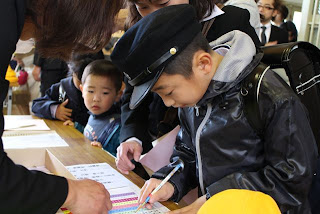 At the front of the auditorium, Kae sat on a little chair where packets of textbooks had been neatly laid out for the new students.  As her parents and brother looked on, I wondered who was more nervous: Kae or her mom and dad. 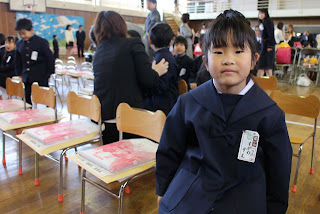 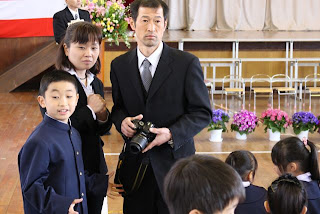 All of her new classmates and teachers were gathered, and the ceremony was about to begin!  Kae turned around just one more time to check where her family was sitting. 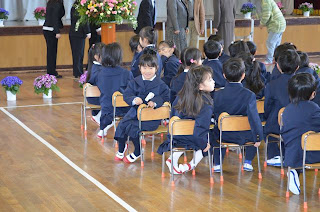 The children listened intently to speeches about obedience and the importance of study.  Then the older children at the school made a short presentation about making new friends that ended with them holding up cards that spelled out "Congratulations for Entering School". 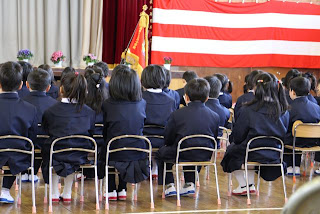 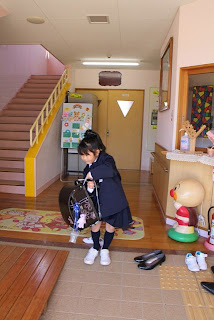 (In October of 2012, I documented the decontamination of the home that Kae had lived in with her two brothers HERE, HERE and HERE, and then again in November of that year HERE and HERE.)
Posted by Ian Thomas Ash at 1:47 am