After the nuclear meltdown, the families of Iitate Village in Fukushima, were evacuated... but not until two months after the entire area was contaminated.

(The documentary I filmed about Iitate as all the villagers were being evacuated two years ago is here:)

The levels of radiation in the district of Nagatoro in Iitate Village are so high that barricades have now been set up along all roads leading into the area.  Access is restricted and special permission is required for non-residents to enter.  To limit negative affects on visitor's health, time in Nagatoro is limited to two hours.  I entered Nagatoro today. 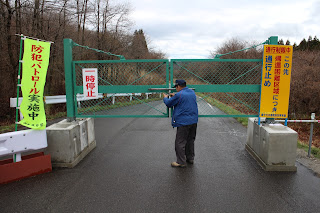 Mr. and Mrs. Takahashi were evacuated from Nagatoro nearly two years ago, but they return every week to check on their home. 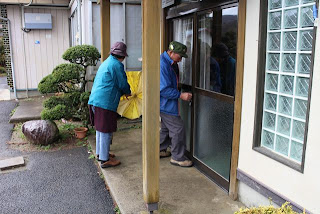 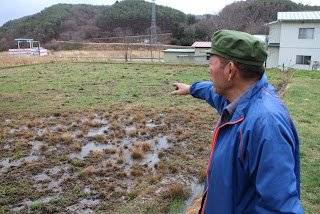 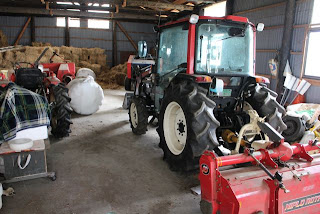 Although it will probably be years before anyone can return to live and perhaps decades before food can be safely grown here, Mr. Takahashi runs the engines on his farm equipment to keep it in working condition.  Mrs. Takahashi feeds their cat, Tora.  The Takahashi's had to leave Tora behind because pets are not allowed in their temporary housing facility. 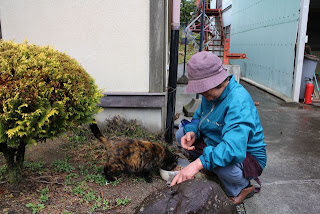 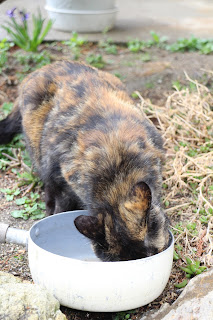 The two-hour time limit up, the Takahashi's locked up their home and reluctantly said goodbye to Tora. 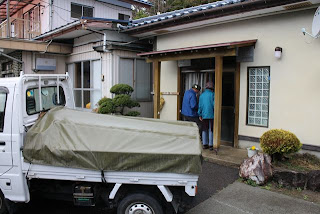 The Takahashi's, who have lived their entire lives in this big house in the beautiful countryside, return to their cramped temporary house, but Tora must stay behind at their contaminated home in this exclusion zone. 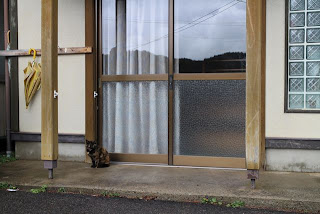