Fresh from the amazing experience of screening in Frankfurt's Nippon Connection and the honour of receiving the audience award for my film '-1287' (STORY), I am in Munich where several of my films are screening all this week at the Werkstattkino cinema. 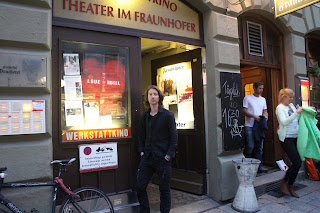 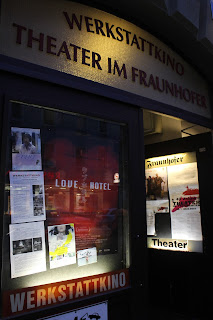 A gorgeous underground (literally!) cinema that shows awesome films old and new, it is an honour to be screening my films during their Artist in the Focus series.  Screenings will be nightly from Monday to Saturday of this week (SCHEDULE) and will include my films 'In the Grey Zone' (2012, WEBSITE), 'A2-B-C' (2013, WEBSITE), '-1287, (2014, WEBSITE) and a program of my short films, including 'Even the Birds Need to be Loved' (INFO). 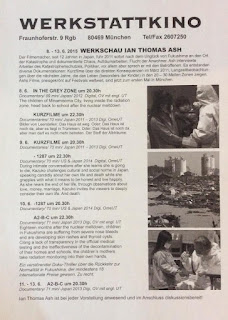 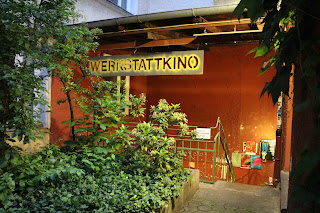 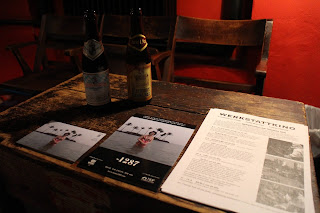 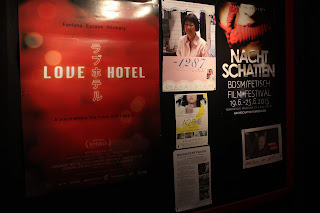 Connecting with the Audience

I am so honoured to have been able to share my most recent film, '-1287' (WEBSITE) at the 2015 Nippon Connection Film Festival in Germany this week (INFO).  This festival is close to my heart; after receiving the Nippon Visions Award here in 2013 for my film 'A2-B-C' (STORY), not only did the life of the film, but my life changed, and in ways for which I will be forever grateful.

This year, I was absolutely floored to receive the Nippon Vision Audience Award for the Best Feature Film.  While receiving awards from a jury of one's peers is an immense honour, to receive an award from the voting cinema-goers is absolutely humbling, and I am truly grateful. 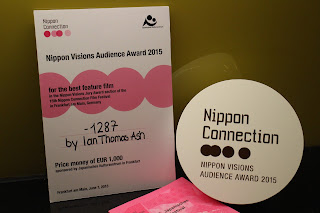 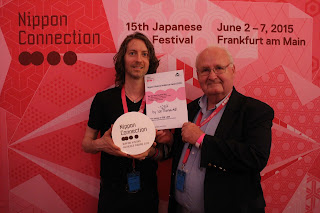 Its been an amazing experience to attend the 2015 Nippon Connection this week, and  am so thrilled I could share it with my dad.  Here are some of the highlights:

What exactly this award will mean for '-1287', only time will tell.  This film has not yet been screened in Japan, and more than one Japanese guest in attendance went out of their way to tell me how difficult they thought it would be to screen it back home.  It would seem that both my films and me are always on the edge.  My gratitude to all of you for being my parachute through your continued support and encouragement.

Much Peace and Gratitude,
Ian
Frankfurt, Germany
Posted by Ian Thomas Ash at 5:49 pm No comments:

Since returning from screenings in Taiwan 2 weeks ago (INFO), I have been chained to a computer within the depths of the edit suite (thus my relative silence on social media).  I have just handed over the edit to my filmmaking partner Adrian (a.k.a. Uchujin), and we are really excited to be able to share with you more about the film, called MSM, over the next couple of months.

In the meantime, I find myself writing this on the way to the airport.  This time I am on my way to Germany where the German premier of my film '-1287' will take place in the 15th annual Nippon Connection Film Festival in Frankfurt (INFO).  It is an honour to again be invited to screen at Nippon Connection, where the World Premier of my film 'A2-B-C' took place two years ago (INFO). 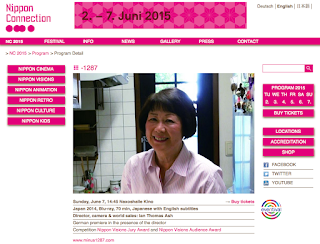 Following the Nippon Connection film festival, I will be traveling to Munich, where my films 'In the Grey Zone" (2012), 'A2-B-C' (2013), '-1287' (2014) and several of my short films will be screening in the "New Asian Cinema" program of the Werkstatt Kino 2015 (INFO).
Thank you all so very much for your continued encouragement and support of my work.

Posted by Ian Thomas Ash at 9:17 am No comments: