Five months after the deadly tsunami and Fukushima nuclear power plant disaster, Japanese authorities have acknowledged that they misled residents about the radioactive dangers. John Sparks of Independent Television News gets an inside look at the area and reports on how citizens are dealing with the ongoing risks.

Second, this 3-minute clip of Germany's 'Today' show which is an attempt to deal with the idiocy and bureaucracy of the handling of the nuclear meltdown through humour. Be sure to click the "CC" button for English subtitles (via @Shogannai):
Posted by Ian Thomas Ash at 1:20 pm No comments:

We each have our own way of trying to work out our thoughts and feelings about things that are not easily understood.
Seven months after the triple disasters of March 11, the first films about it are starting to appear.

One such film, "311", premiered recently at the 16th Busan International Film festival in Korea. The documentary was shot by four director friends shortly after March 11.

Survivors often act with a mixture of horror and fury when they see the cameras capturing their grief and Mori said the team was constantly forced to question just what they were doing -- documenting or intruding. 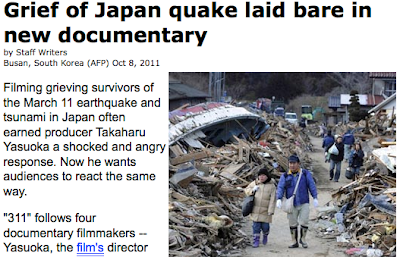 This year's Tokyo International Film Festival (currently taking place) features 3 films about the events of March 11 in a special category, "Overcoming the Disaster".

"Overcoming the Disaster" showcases three films related to March 11, and any money raised from the category goes toward TIFF's "Arigato Project" fundraiser for Tohoku. But the support goes deeper than just financial aid. TIFF is using the festival's unique program to acknowledge support from the international film festival community, and provide a bit of hope in stressing how far Tohoku has recovered since the slew of catastrophes. 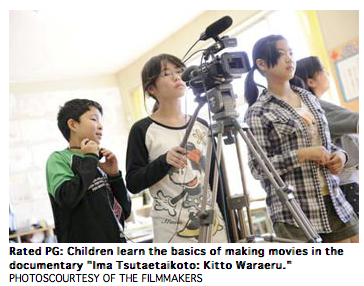 In an interesting project organized by the Sendai Short Film Festival 2011, sixty directors have created short films 3 minutes and 11 seconds in length that will be programmed together. One section of this project aired last night on satellite television here in Japan.

The films will be three minutes and 11 seconds in length to symbolize March 11, when the disaster struck northeastern and eastern Japan... The directors were asked to make movies on the theme of "tomorrow" to inspire hope for the reconstruction of the devastated region.

Shot 50 days after the earthquake on the coast of Iwate and Miyagi prefectures, the film captures the ravaged landscape and the voices of survivors calmly recounting their memories of the twin disasters. But the film purposely does not reveal the exact location or the names of the people and their backgrounds. 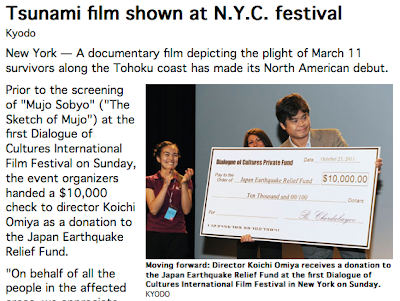 I am honoured to receive continuing encouragement from Discovery News with the publication today of my 8th guest blog.

In case you missed any of the previous ones, there are links to them at the bottom of the blog on the Discovery website.

Thank you all for your continued interest and support during these seven months! 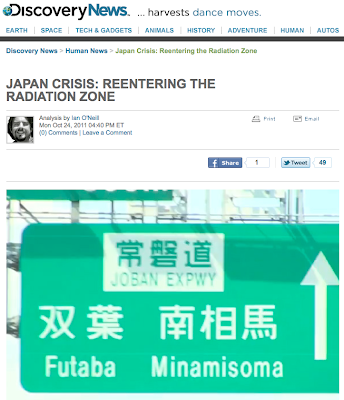 A breath of fresh (radiation-free) air

I came across this video (via @silverstar22b) and it put a smile on my face and allowed me to escape to a different world for its five-minute duration.

Must-see.
Posted by Ian Thomas Ash at 6:57 pm No comments:

Fukushima Fallout: life on the edge of the evacuation zone

It was filmed in Minamisoma City, most of which lies in the zone 20-30 km from the damaged nuclear power plant in Fukushima.
I posted this team's previous video (here). 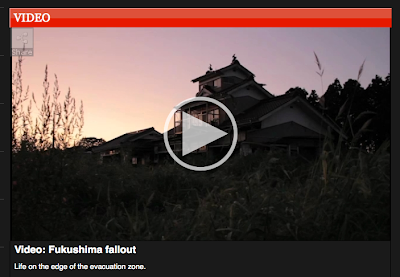 Posted by Ian Thomas Ash at 4:13 pm No comments:

In the Radiation Zone: Revisiting Minamisoma (part 3 of 3)

I have just uploaded Part 3 of our "Revisiting Minamisoma" update. In case you missed it, more information on Part 1 can be found here and on Part 2 here.

While this marks the end of the update Colin and I filmed in Minamisoma in September, we have already filmed the next update which I will start editing next week.

We are going to be filming the stories of the people of the north and sharing them with you until they recover. We hope you will be watching and thinking of them for just as long.

The Shoot, "The Fallout", and "The Japanese People"

I am just back from shooting the 6th episode of my television documentary program, "Tadaima, Ian Desu!" (more on that here and here). It was beautiful weather in Tochigi Prefecture, which is located just south of Fukushima. There has been a lot of negative impact on the area as a result of radiation fallout, with some farms going bankrupt and the tourism industry suffering falling numbers of visitors.

My program, however, focuses on the local people and their stories (the concept for it was conceived prior to March 11), so the filming for me is a welcome relief from the work I am doing in Fukushima. It isn't that we ever forget what has happened or is happening... it's just that we still have hope.

The opening of this month's program was filmed at a Meiji-era (late 1800's) wooden elementary that has now been turned into an art museum (more on the current exhibit here and more on the museum's mission here). 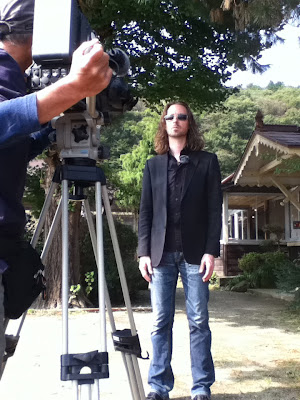 The second segment we filmed was with author and cancer-survivor Fujita Katsuko at her beautiful home in the mountains. Katsuko-san wrote an inspirational book about her fight with cancer. Cancer-free for over 15 years now, she is more active than ever- playing tennis, taking art and tea ceremony classes and hiking in the mountains every week! 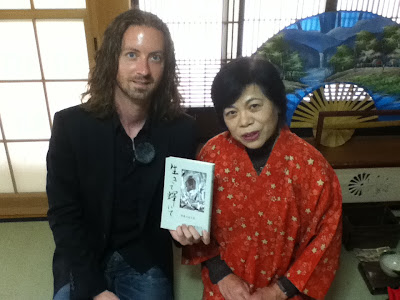 After the interview, Katsuko-san honoured the four-person film crew with a traditional tea ceremony in her garden overlooking the beautiful rice paddies and mountains of Nakagawa Town. 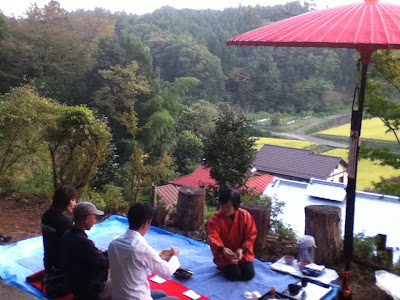 I am already looking forward to next month's escape to Tochigi to film with more beautiful people in the gorgeous countryside.
"The Fallout"

This week's recommended reading on the nuclear situation here in Japan is this article from the New Yorker (via @HirokoTabuchi). Please lick on the article to go the New Yorker website to read the article and see the accompanying photo essay. 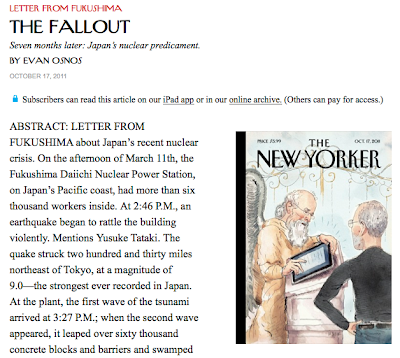 This week's recommended viewing is this video called "Nihon Jin" (The Japanese People), a ten-minute documentary about Japanese people working for Honda at their facility in Alabama (via @hikosaemon)

Posted by Ian Thomas Ash at 6:47 pm No comments:

In the Radiation Zone: Revisiting Minamisoma (part 2 of 3)

The title of this article in yesterday's Mainichi sums up my feelings after visiting Minamisoma last month (click the headline for the full article):

I have just posted part 2 of "In the Radiation Zone: Revisiting Minamisoma". In it, I interview people who have recently moved from evacuation centres into temporary housing.
Full recovery from this disaster was never going to happen in seven months. I just pray it doesn't take seven generations.
Posted by Ian Thomas Ash at 8:30 am No comments:

It was a three-day weekend here in Japan, with Monday being a national holiday. I have kept busy working on the plan for film festival submissions for my new documentary and also editing the three-part "Revisiting Minamisoma" series I am doing for my YouTube channel (here). I have just finished Part Two and am doing the compression now, so I will upload that in the morning (if you haven't already seen it, Part One is here).

I will be going to Tochigi tomorrow (coincidentally, just south of Fukushima) to film an episode of the monthly documentary series that I am doing for a cable TV station there (more on that here). This is the 6th episode we have filmed and there will be three more in series one. It is in Japanese, but here is the page for the program: 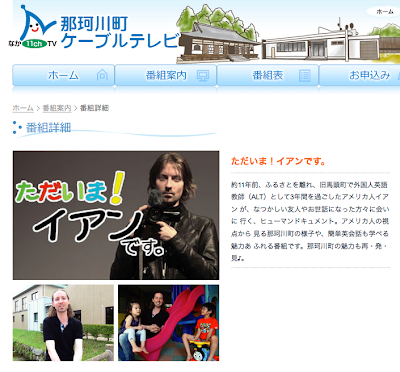 Posted by Ian Thomas Ash at 8:32 pm No comments:

In the Radiation Zone: Revisiting Minamisoma (Part 1 of 3)

I've been silent for a couple weeks as we have been nearing the end of post-production on our (still un-named) feature documentary about the children living in the 20-30 km zone around the damaged nuclear power plant in Fukushima.

Producer/ cameraman, Colin, and online editor, Ed, (both from the UK) joined me in my Tokyo studio last month as we fine-tuned the film. The next step is the online/ colour grade and sound mix, and then we will start film festival submissions.

Meanwhile, Colin and I traveled again to Minamisoma last month (six months after the nuclear meltdown and five months after we filmed the documentary there) to see how the city is getting along now.

Here is part 1 of 3 that update, In the Radiation Zone: Revisiting Minamisoma
Posted by Ian Thomas Ash at 1:25 pm No comments:

One of our biggest fears for the children living in the radiation zone around the damaged nuclear power may be becoming reality. More tests need to be conducted, but thyroid abnormalities have been found in some of the evacuated children. 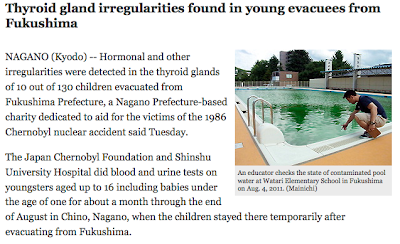 (Thank you to @44de256 for bringing this article to my attention).
Posted by Ian Thomas Ash at 2:37 pm No comments: