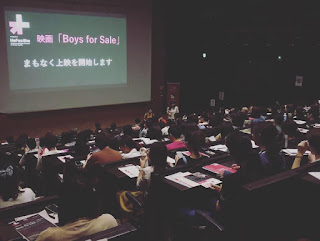 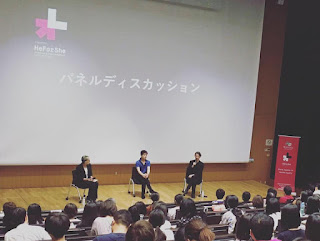 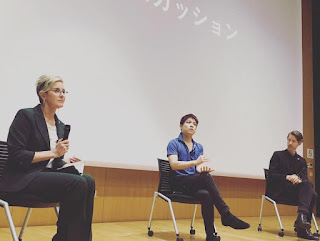 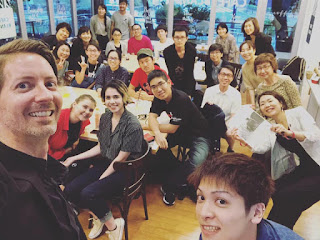 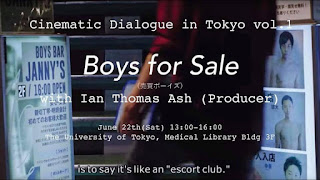 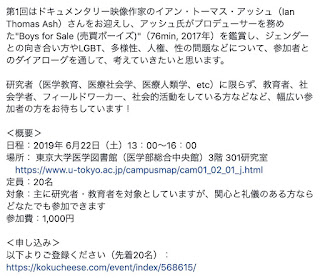 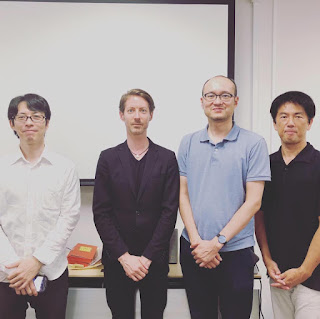 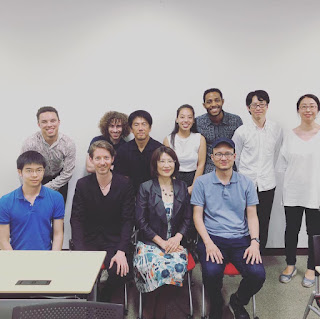 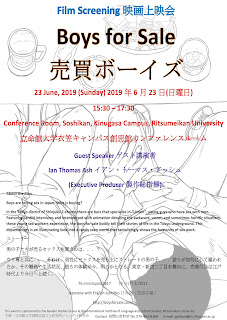 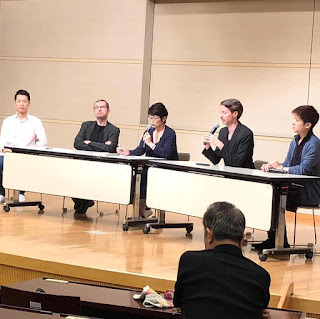 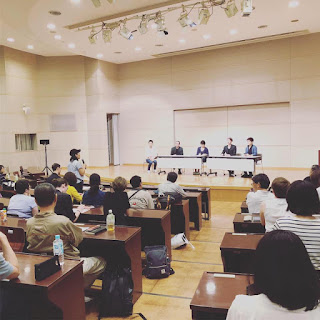 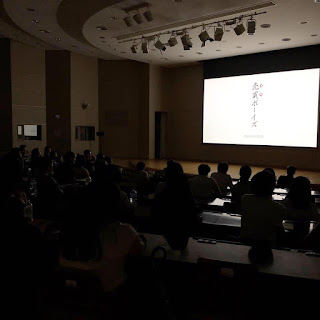 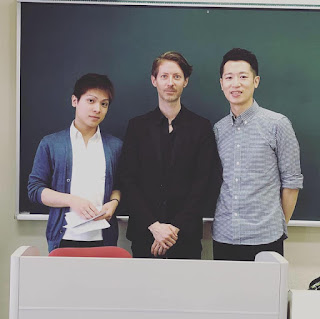 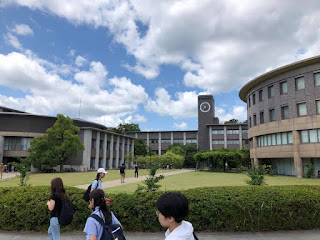 "Sending Off" awarded at World Premier in Germany

After spending the weekend before last outside of Berlin on the farm of dear friends for some much-needed rest and relaxation, last week on Monday I flew to Trier, Germany, to attend a screening of 「売買ボーイズ」"Boys for Sale" at the Universität Trier (INFO) where the post-screening discussion was lively and went late into the night. 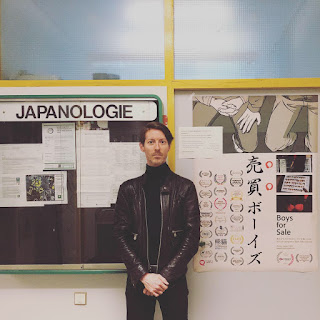 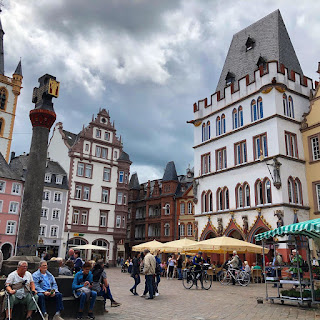 On Tuesday, I moved on to Frankfurt to attend the 2019 Nippon Connection Film Festival where the World Premier of my new feature-length documentary「おみおくり〜Sending Off〜」(WEBSITE) was to be held.  I was joined in Frankfurt by my father and Dr. Kaoru Konta, the physician whose amazing home care practice I documented. 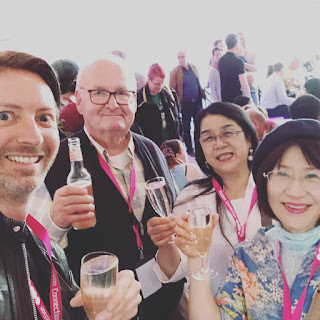 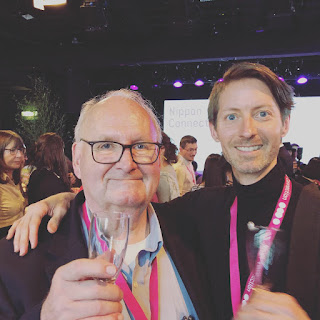 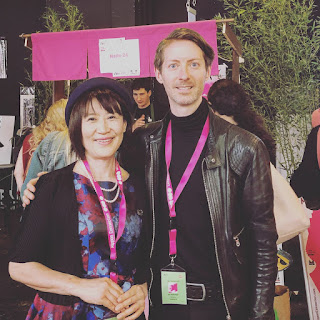 During the week at Nippon Connection, I tried to see as many of the films in the newly established Nippon Docs competition as possible, and it was a fascinating look at the styles, trends and topics covered by some of the biggest documentaries coming out of Japan this year.  One of the most impressive was "Tower of the Sun" by director Sekine Kosai, a spectacular big-budget extravaganza about the artist Okamoto Taro co-produced by documentary giants Parco and Spoon.  Another was a beautifully researched historical film called "Boy Soldiers: the Hidden War in Okinawa" by directors Mikami Chie and Oya Hanayo produced by the powerful entities Documentary Japan and Tofoo Films and which has been a massive commercial hit in Japan.


In between watching the documentaries, I also enjoyed some narrative features in the Nippon Visions program, mostly films by young up-and-coming directors. One particularly impressive film was "Sea" directed by Takahashi Kensei. The film stands on its own as a startling and beautiful debut, but when you learn that Takahashi is a 23 year old student and that this was his graduation film, you have no choice but to be in awe. And it is no wonder that at the closing ceremony Takahashi was bestowed with the Nippon Vision Award by the jury.

Screening more than 100 films, Nippon Connection is the largest festival of Japanese film in the world- including Japan! And attending Nippon Connection is a kind of homecoming for me; I had the honour of attending the festival in 2013 with my documentary "A2-B-C" (for which I received the Nippon Vision Award STORY), and in 2015 with my film "-1287" (for which I received the Nippon Visions Audience Award STORY).  I also attended in 2017 with 「売買ボーイズ」"Boys for Sale" on which I served as producer (STORY).

The screening of 「おみおくり〜Sending Off〜」took place on Friday afternoon (INFO) and the post-screening discussion with the audience was electric. While film festival audiences often have the opportunity to hear from filmmakers, it is rare for them to be able to ask questions directly to the people whose stories have been documented, so having Dr. Konta present made the screening particularly special. We recorded the Q&A, and I hope to be able to find some time soon to edit and share it.

In the meantime, I will share the interview I did for the festival blog, called Guest in Focus: Ian Thomas Ash, The Balance between Observation and Empathy while filming Death (STORY). 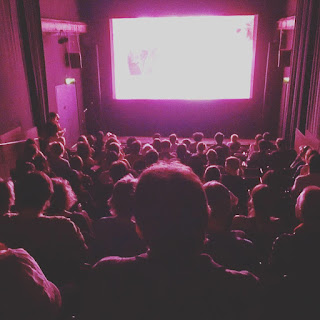 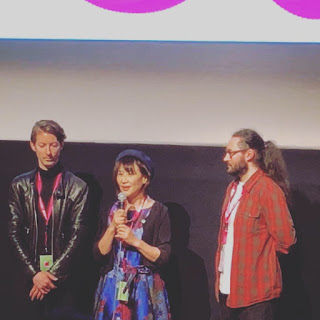 On Saturday morning, the attending filmmakers had their individual portraits taken as well as a group photo outside the Naxoshalle theatre, one of the charming festival locations that provides a place for Nippon Connection's warmth, energy and hospitality to flourish.

In the afternoon, I had the great honour of speaking on the panel "Outlaws and Outsiders in Japanese Cinema"  led by moderator Luk van Haute (INFO) alongside legendary film directors Nobuhiro Yamashita and Shinya Tsukamoto, who was at the festival to receive the Nippon Honour Award (a lifetime achievement recognition). 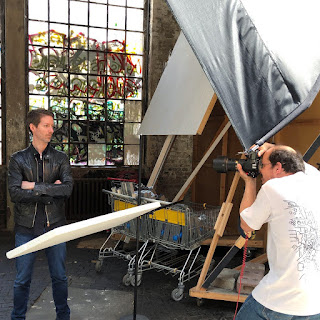 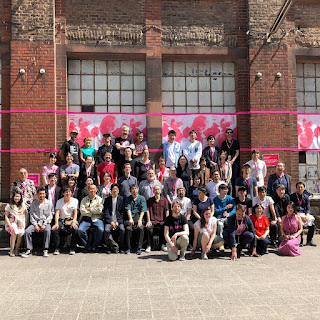 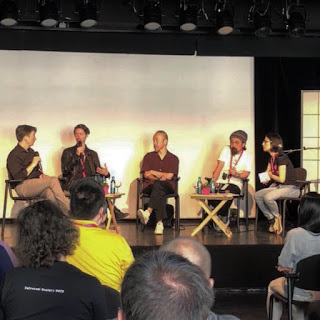 Last night was the closing ceremony of the festival where the recipients of the awards were announced.  In addition to the Nippon Visions and Nippon Cinema awards, this year was the first time for documentaries to be in a separate competition.  But rather than being decided by a jury, the winner was determined by popular public vote with theatre-goers scoring films after the screenings, making the prize an Audience Award (more on the description of the category and award from the Nippon Connection website is below).

When 「おみおくり〜Sending Off〜」was announced as the recipient of the 2019 Nippon Docs Award, I was grateful, thrilled and humbled.  And the responsibility I felt for securing a wide release of the film and to ensure that it is seen by as many people as possible so that Dr. Konta's story can inspire people all over the world was redoubled.

My only regret is that Dr. Konta herself could not be present as she had returned to Japan that morning to continue her important work caring for patients. 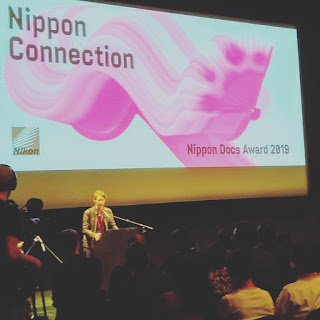 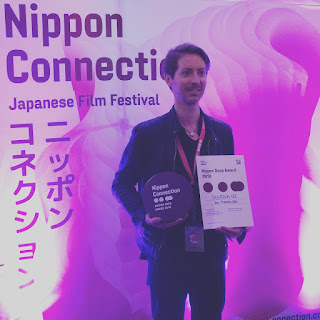 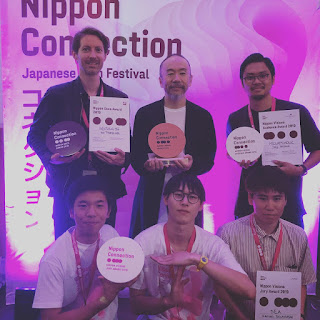 Today, my father and I have flown to Krakow, Poland, where we will stay for several days.

Thank you all so very much for your support and encouragement over these years.


Should documentary be considered its own genre? Is there a clearly-defined boundary between documentary and fiction film? Among film scholars, questions like these can be discussed almost without end. In any case, documentary films broaden our horizon, they take us to foreign cultures or to social environments that we hardly ever get to see. Yet, they can also bring us closer to people like the ones we meet daily, so that we will discover something new in the familiar or start reflecting on old habits. The NIPPON DOCS section gathers a series of Japanese documentaries on various topics of high social relevance.

For the first time, the NIPPON DOCS section will have its own audience award this year. The NIPPON DOCS AWARD is endowed with 1,000 €. (LINK)