I have just received word from the Nachtschatten Film Festival about their 2018 Awards (unfortunately, I had to leave before the festival ended to attend the conference here in Tokyo on Saturday).  "Boys for Sale" received the award for Best Feature Film with the jury citation "for giving us insight into a world of sexworkers that share their experiences and dreams with us."

As the executive producer of the film, and on behalf of our entire team, especially director Itako, DOP/ producer Adrian "Uchujin" Storey, illustrator N Tani Studios and music composers Kazaguruma, I am extremely honoured and would like to thank the festival, their audiences and all of our supporters. 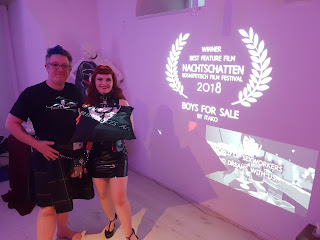 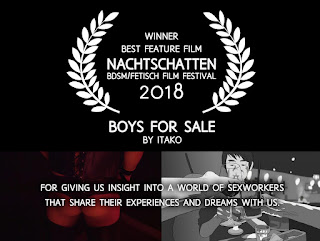 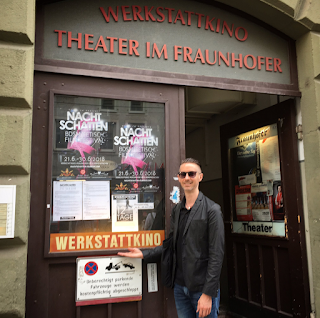 It was a wonderful homecoming of sorts as well, as the Werkstattkino held an Artist in the Focus series of several of my films over a week in 2015 (STORY) under the direction of programmer and dear friend Doris Kuhn.

While I was in Germany, the award we received for Best Feature Documentary at the 2017 Queer International Film Festival Playa del Carmen (STORY) arrived via Berlin (long story), so we promptly posted that to the social media of the film as well (TWEET). 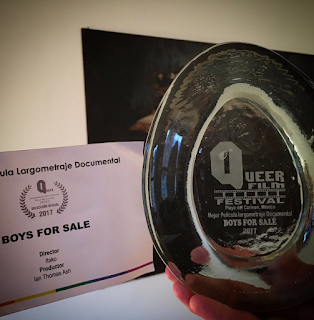 And with no rest for the wicked, today I presented a lunchtime talk at the 22nd Annual Asian Studies Conference Japan at the invitation of Sophia University's Professor David H. Slater (PROGRAM).  Presenting clips from "Boys for Sale"and speaking about possible uses of the film in universities, this event was held ahead of our screening at Sophia University on July 6 (INFO). 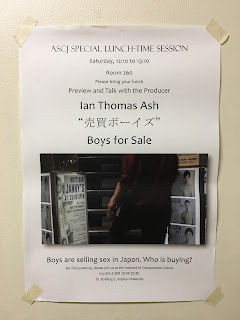 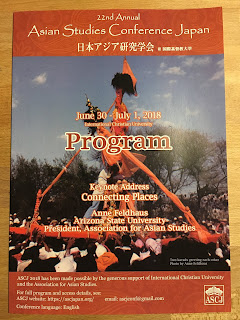 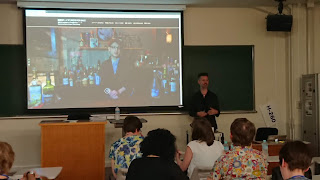 In the evening, I stopped by a restaurant popular with foreign visitors to have dinner with friends where I spotted the July issue of Metropolis.  I had heard they were featuring the July 6 screening of "Boys for Sale" at Sophia, but I had not seen it yet (below).  Metropolis published a four-page feature about all of my film work this past December (READ). 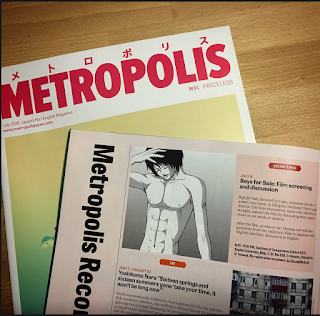 This will be the only the second for this Japanese documentary to be screened here, so not only are we looking forward to it, but we are hoping to secure some form of wider distribution as well.

Thank you all so much for your continued support! 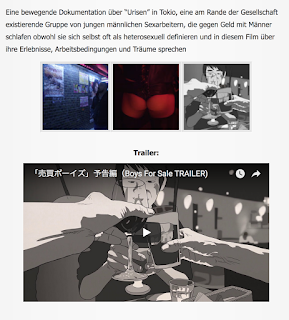 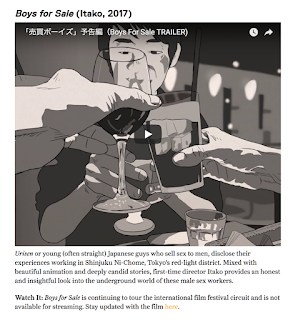 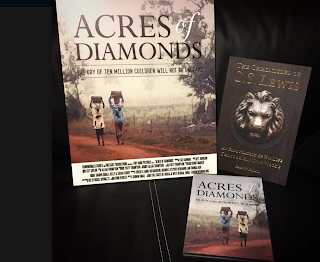 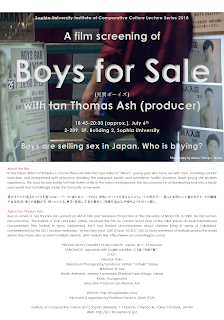