A dying father reunites with his son, two years later

It is hard to believe that it has been two years since Mr. Hata died.

I first met Mr. Hata in the autumn of 2016 while working on my documentary "Dying at Home", and over the six months that followed, I formed a deep friendship with him and his wife.  During the time I spent with Mr. Hata, I learned so much about family, love and loss, and I shared one of these lessons with the world via Twitter when just weeks before he died Mr. Hata reunited with the son he had not seen in 30 years.

I first published that story with photographs live on Twitter as the father and son reunited and then archived it a few days later on Storify with the title "Mr. Hata and T: a father and a son: a dying father reunites with his son after thirty years" (BLOG).  I then published two follow-up stories, one when Mr. Hata died three weeks later (BLOG) and then when he was buried (BLOG).  A few months later I was invited to write the cover story for the December issue of Number 1 Shimbun, the magazine of the Foreign Correspondents' Club of Japan (READ), where I was able to more objectively reflect on the experience of documenting such an intimate and personal story in real time.  To mark the first year after his death, I published Mr. Hata's story in Japanese (BLOG).

This weekend will be the 2nd anniversary of Mr. Hata's death, and I am traveling to Fukushima today to attend the ceremony and visit his grave where I will remember all of the important lessons I learned and which continue to influence me. 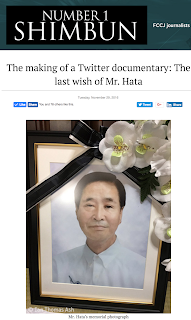 Recently I learned that Storify will discontinue its service.  As I hope the story of Mr. Hata will be able to continue affecting and moving people, I have added a page on my website where these photodocumentaries will be archived.  The first three (all about Mr. Hata + the first one in Japanese) can now be found under the PHOTO DOC tab (HERE), where I plan to publish more when the right story calls out to be told in this format. 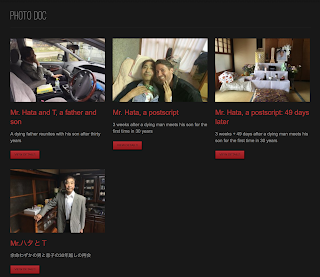 Thank you all for accompanying me on this journey.
Peace,
Ian
Posted by Ian Thomas Ash at 11:20 am No comments: 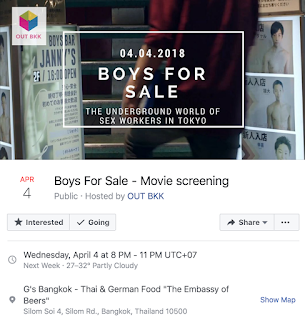 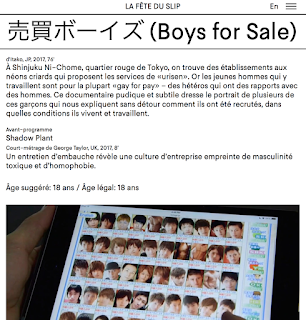 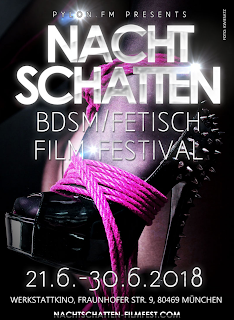 It has been almost a year since "Boys for Sale" held its World Premier in Germany (STORY).  Thank you all so much for your support and encouragement over this year!
Posted by Ian Thomas Ash at 3:55 pm No comments: