Especially today I remember the disaster and the impact it has had on so many peoples' lives.  And I am profoundly humbled to have had the honour of helping to record some of their voices (READ).

It was an honour to be invited to attend yesterday's performance of the musical "Life for Tomorrow" (complete with English subtitles) to mark 7 years since the March 11, 2011, disaster.  昨日の公演に行かせて頂きました。感動しました。「被災地から未来へ、いのちの伝言“いのちてんでんこ” 2018年鎌倉芸術館 公演。」

‬The producer of the musical, Jujiro Maegawa, interviewed more than 70 people who had been displaced by the tsunami and were living in temporary housing.  It was these interviews that formed the story of the musical which was first performed in 2013.  More information about the show is HERE. 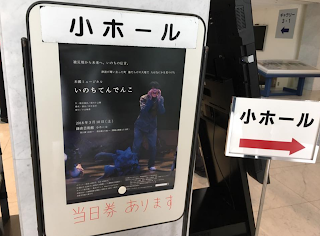 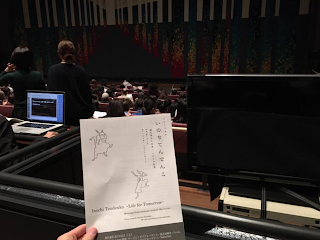 Today,  March 11, trains were stopped at 14:46, the time the Great Eastern Japan Earthquake struck 7 years ago to observe a minute of silence. 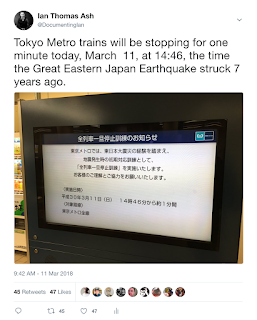 Posted by Ian Thomas Ash at 9:54 pm No comments: