The CMS Vatavaran Environment and Wildlife Film Festival in New Delhi in one word: BREATHTAKING.

Walking through the gate of Ignca Lawns it is hard to believe that a green paradise like this exists right in the centre of India's Capital.  The events at CMS Vatavaran, which is in its 7th year, are split into 6 different themes (INFO) that take place in separate areas of the 27-acre Ignca Lawns.

Environmentally-themed films, photo exhibitions and events amid such natural beauty is truly inspiring. 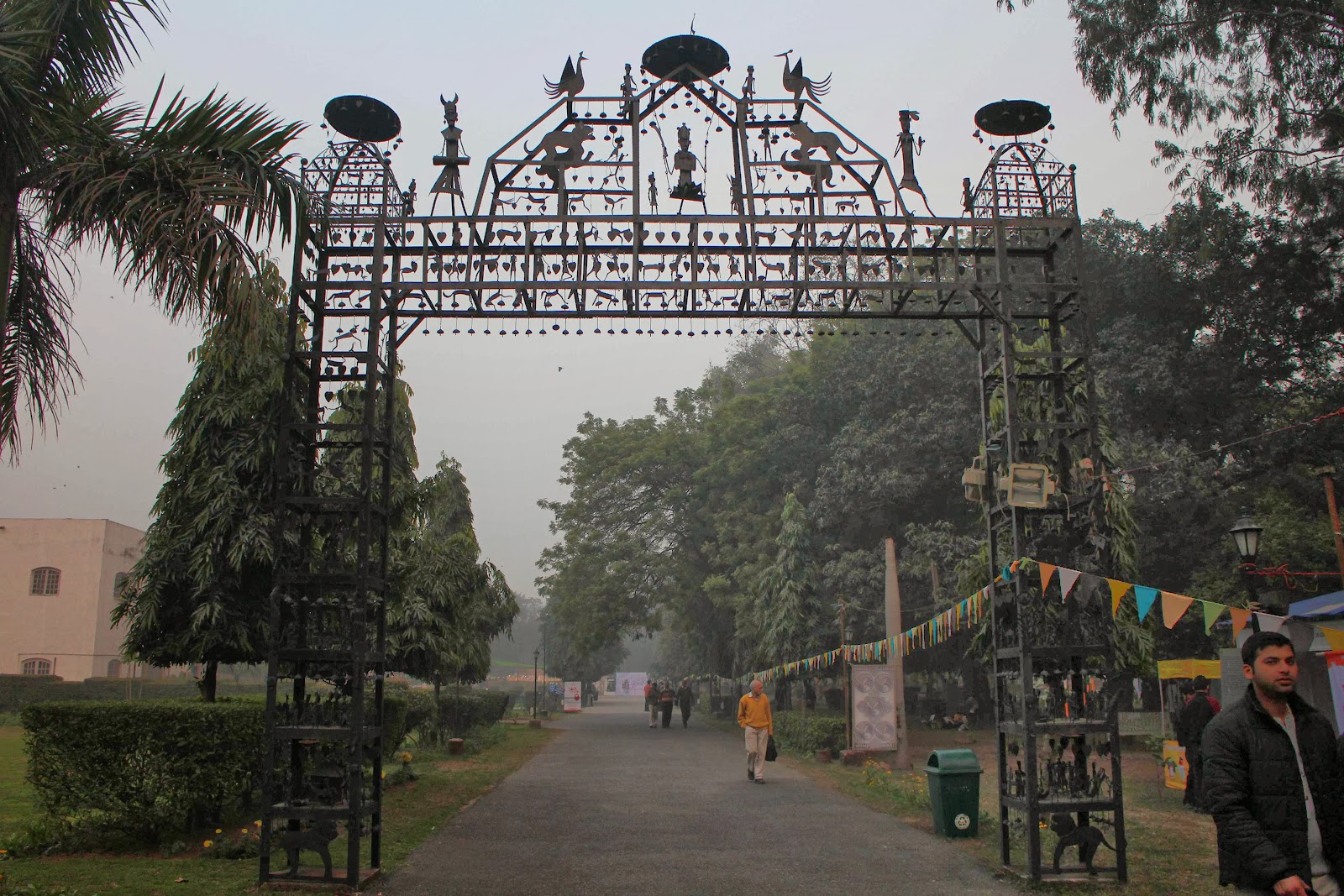 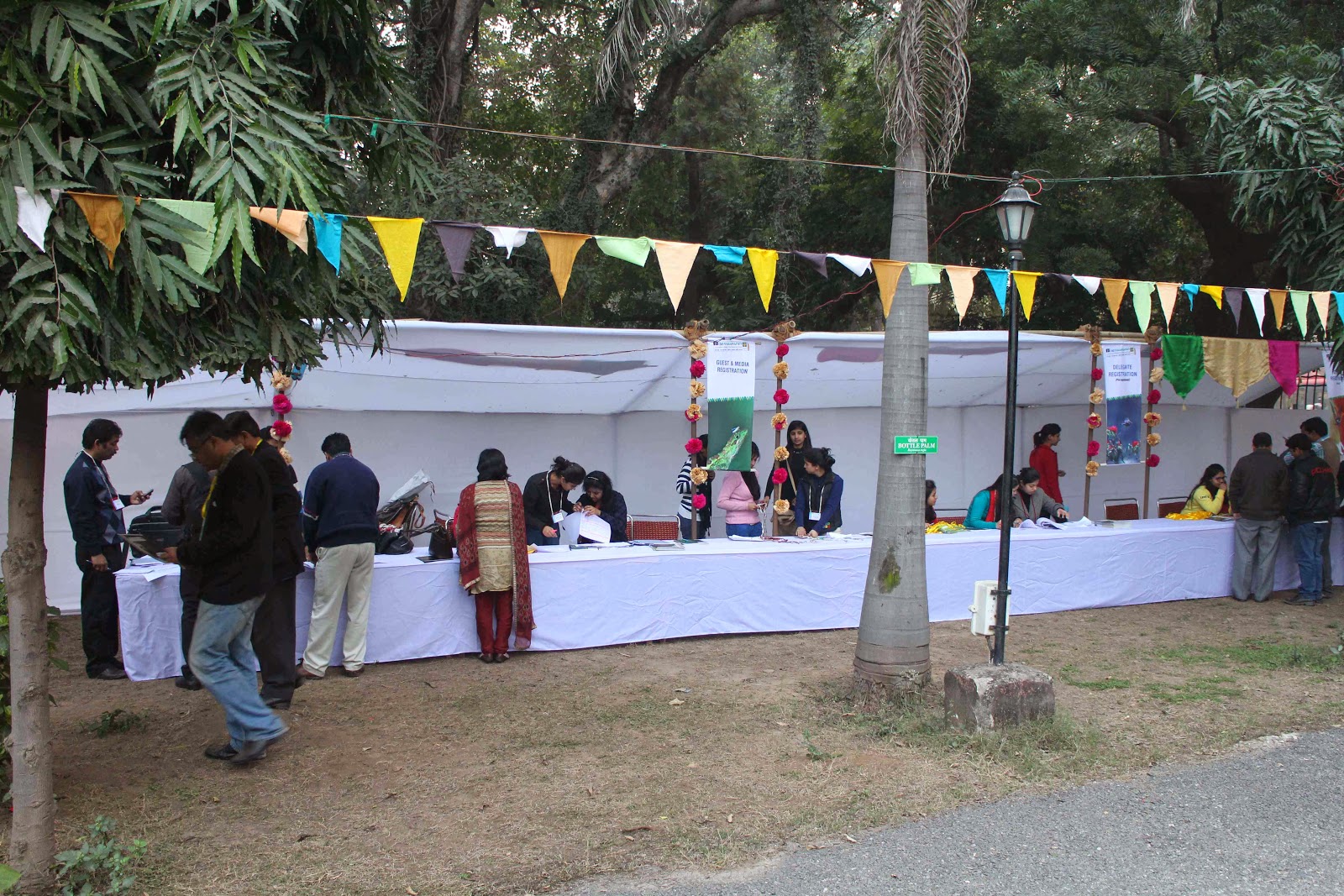 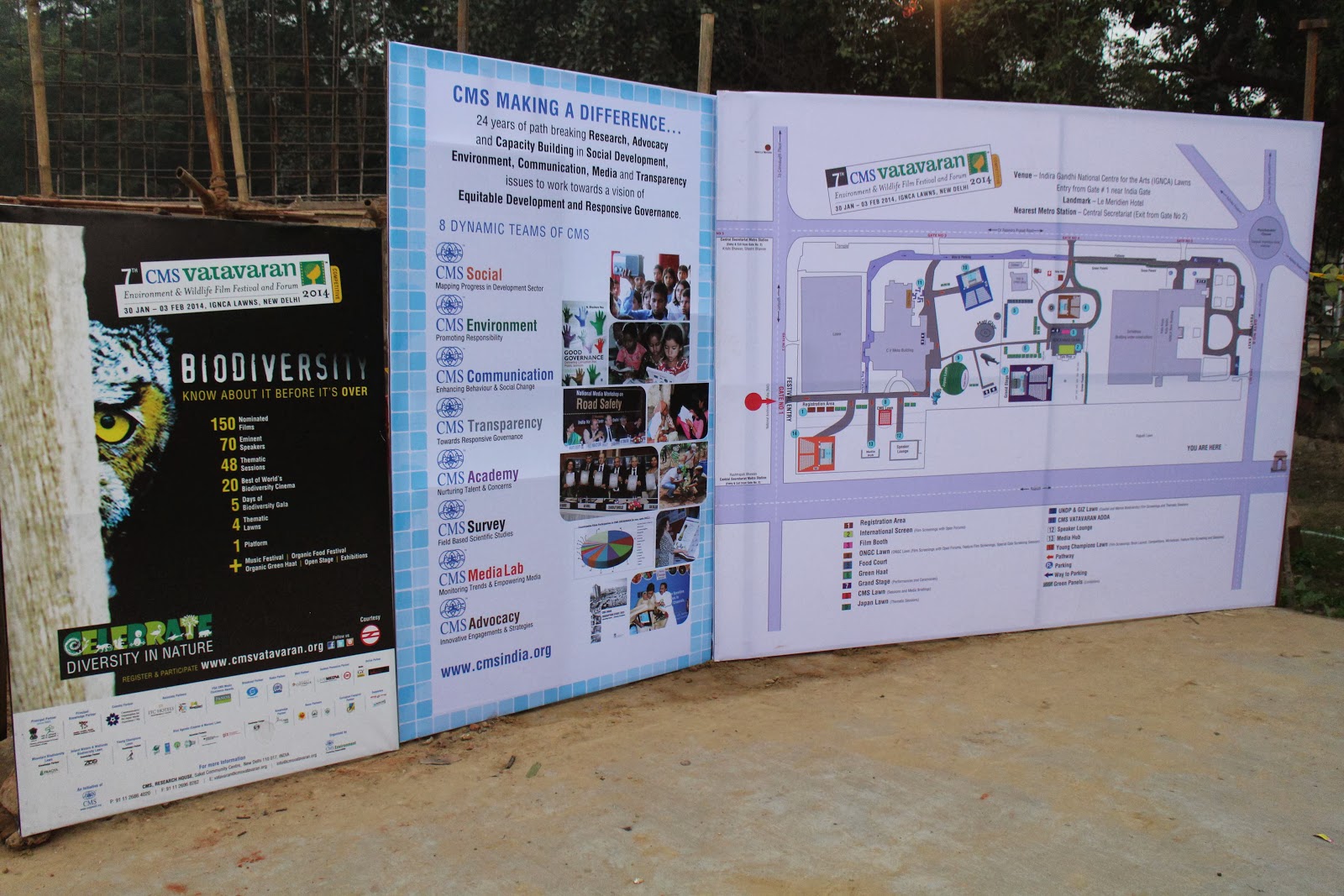 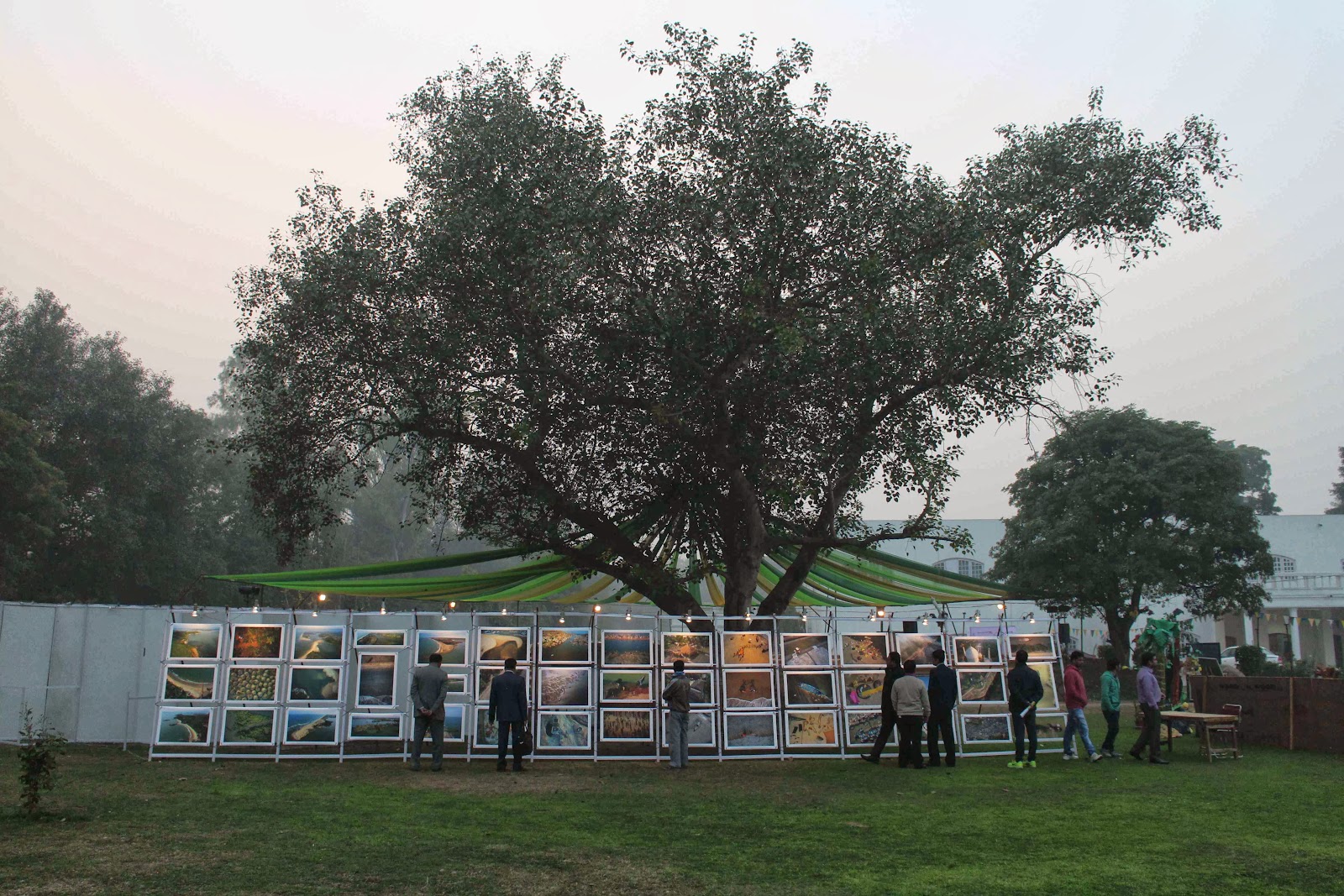 The opening ceremony was held this evening on the Grand Stage, and some of the festival's major award recipients were honoured.  Documentary filmmaker Vijaya Mulay was given the Lifetime Achievement Award, which was presented by Dr. Karan Singh, the president of the Indian Council for Cultural Relations.  During her acceptance speech, the 92-year-old denied that her work was worthy of such recognition.  She then reminded the audience, "it is not only important to watch these films (about environmental issues) but to act upon them."

In his key note address, Dr. Mula reflected on the recently increasing number of environmentally-themed films.  "Awareness has become so prevalent," he warned, "because our behaviour has become so destructive." 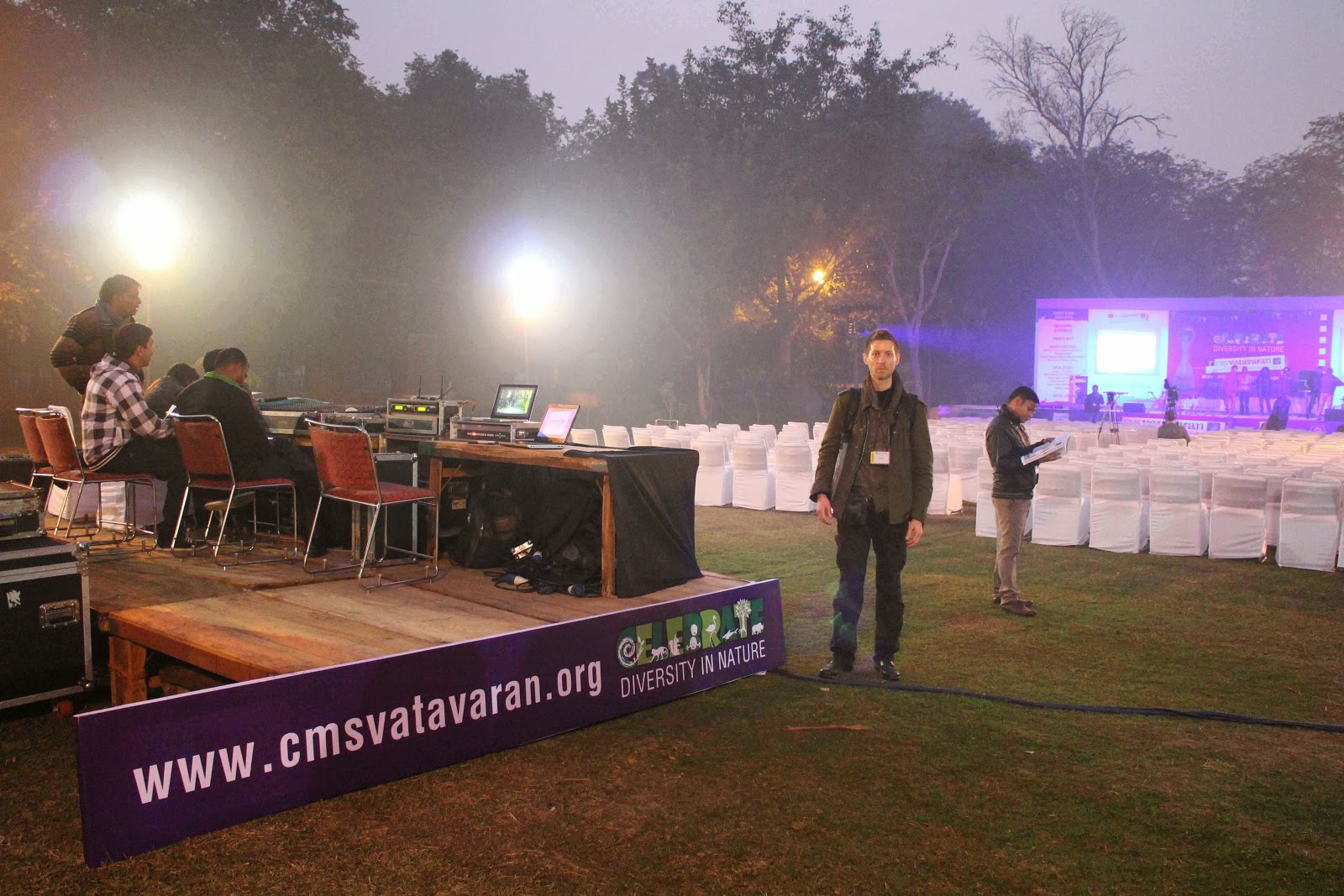 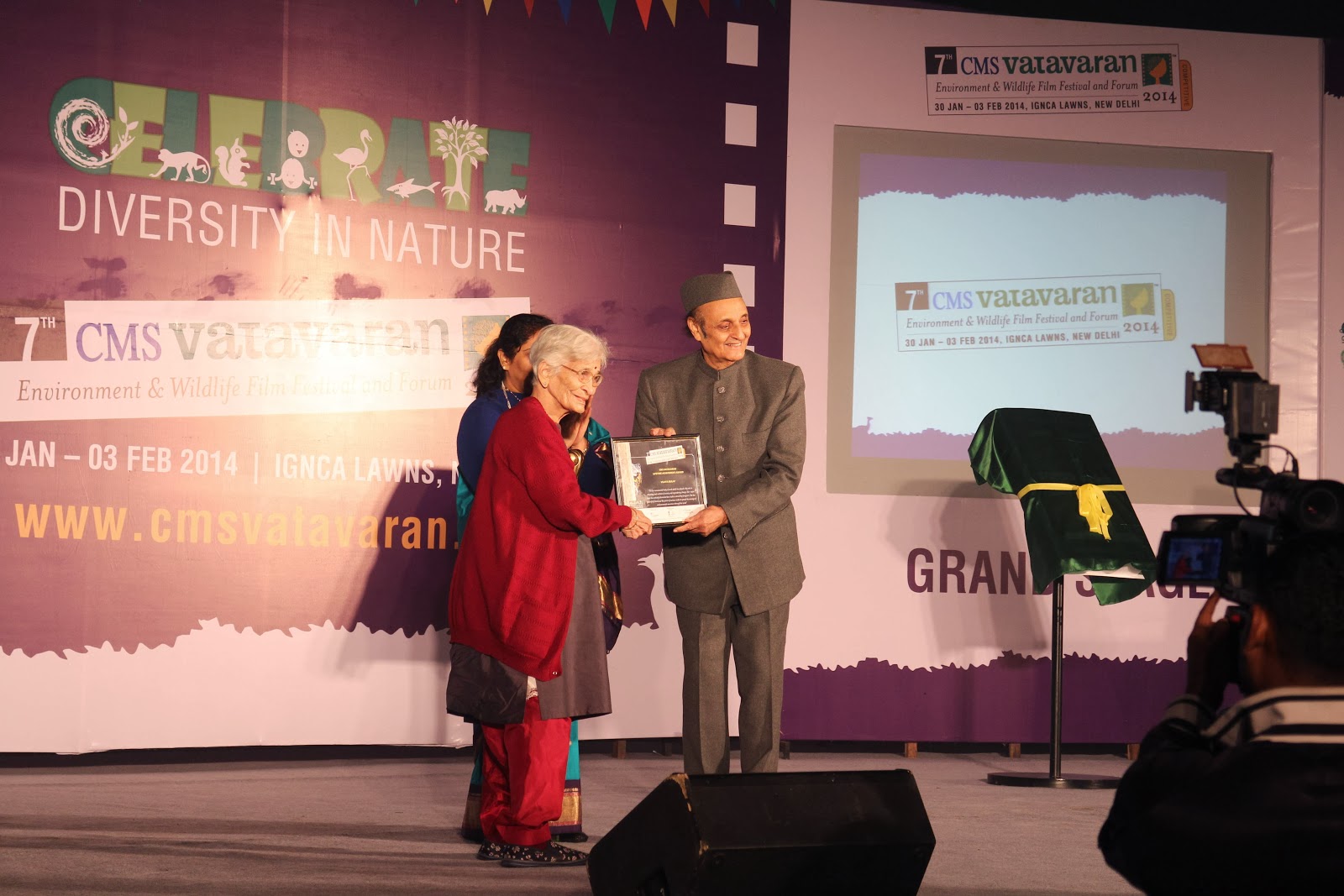 Following the opening ceremony the party began as the crowd was treated to a performance by a traditional bamboo band and local delicacies were served in the food court. 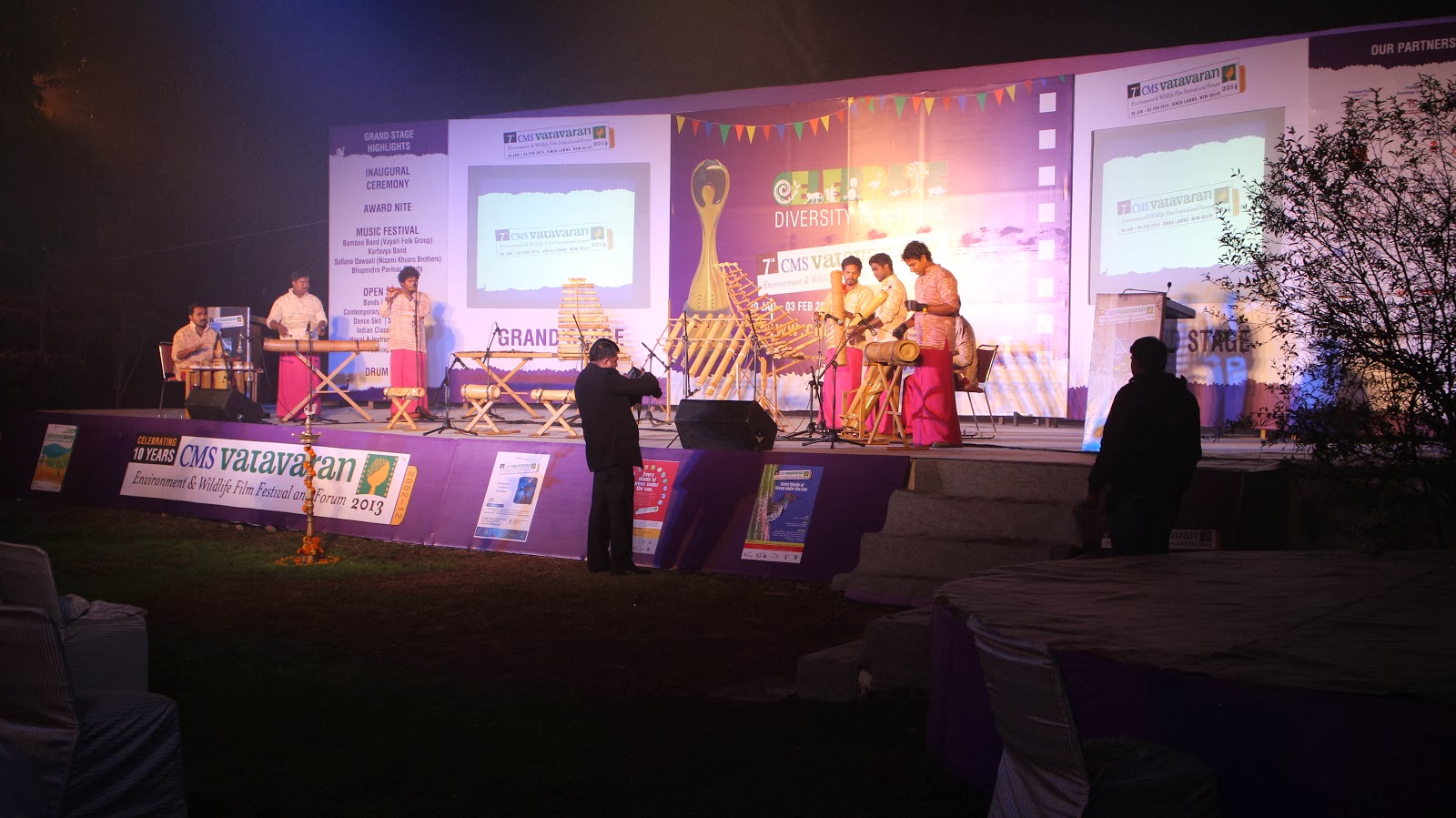 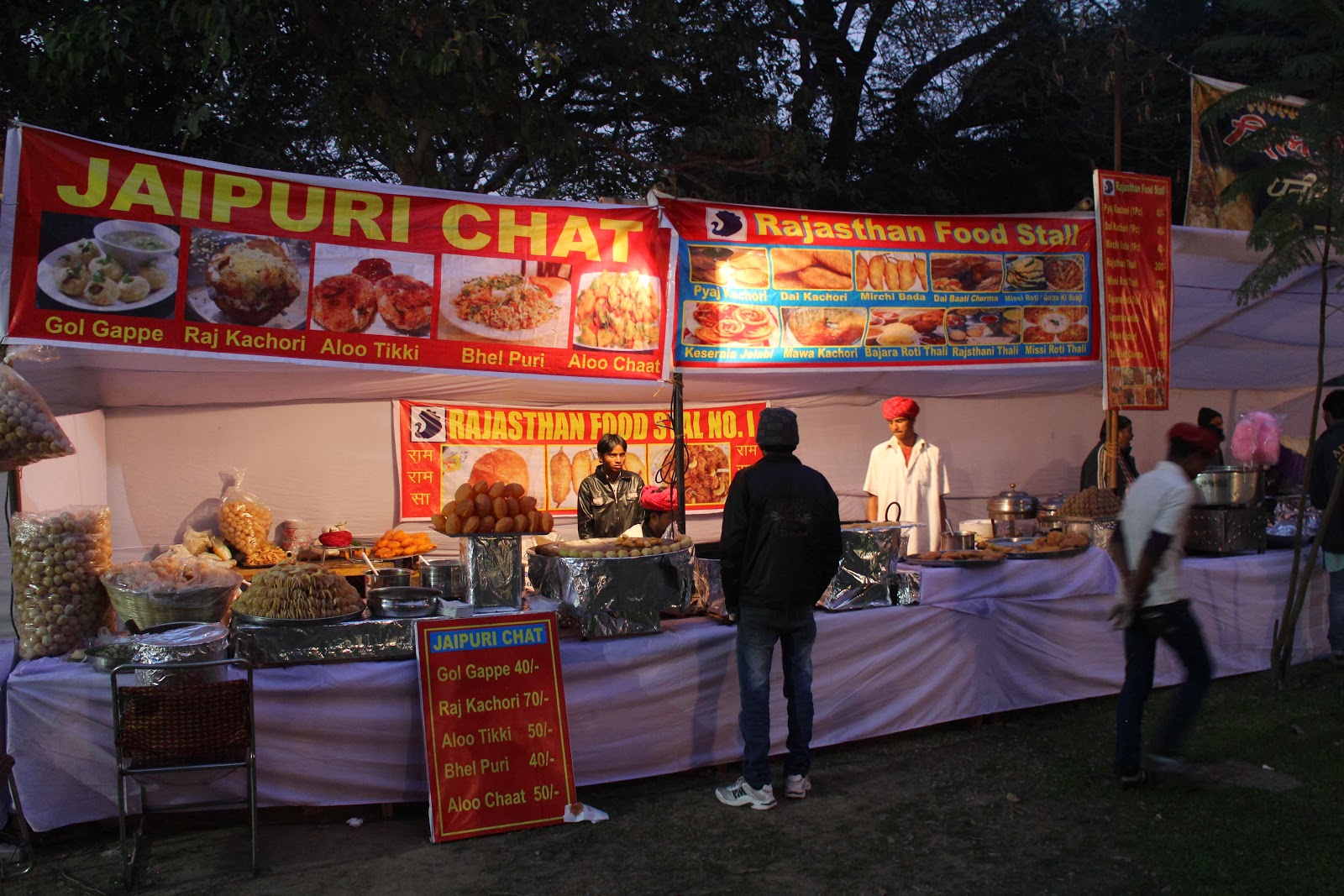 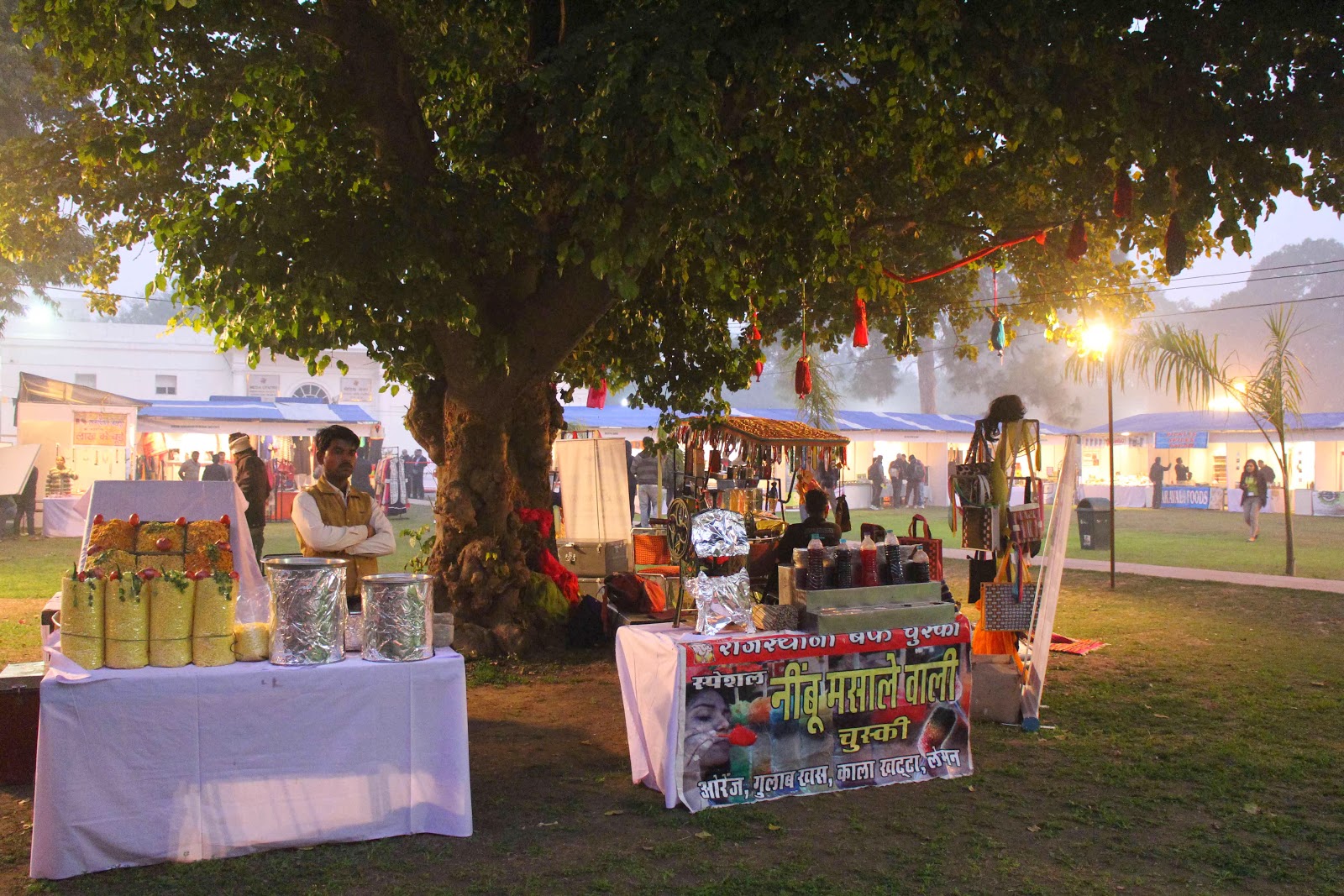