Another year, another anniversary

As events marking the 5th anniversary of the March 11, 2011, disaster continued, last Sunday I was honoured to be invited to participate in a symposium organized by NPO Chikurin-sha (INFO).  Other panelists included two people who had evacuated from Fukushima to the Tokyo area and two whom have not been able to evacuate. 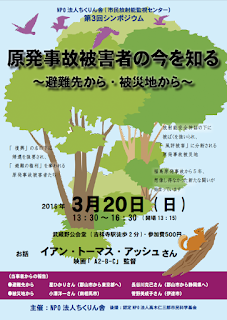 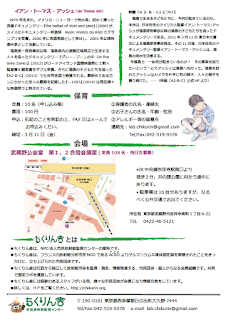 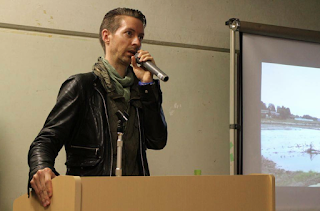 To represent those who had not been able to evacuate was Mrs. Sugano, who attended the conference with her husband and children.  The Sugano's are one of the main families documented in my film 'A2-B-C' (website), and it is always wonderful to see them. 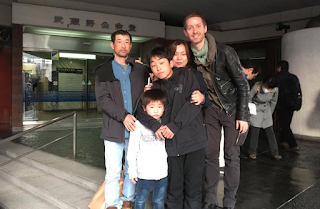 With the recent stepping down (firings?!) of some major broadcast journalists (news story HERE) and the outrageous statement of Sanae Takaichi, Japan's communications minister, about the "possibility of shutting down television companies that flout rules on political impartiality" (news story HERE), on Thursday I attended the press conference "Japan's Journalists Speak Out" at the Foreign Correspondents' Club of Japan (INFO). 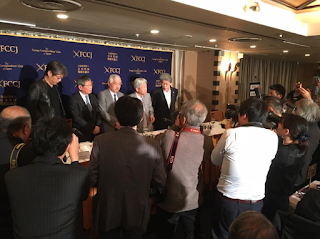 The journalists were resolute in sharing their thoughts and even felt comfortable enough to debate with each other about what they see as the root of the problems, including if the pressure was external (by the government) or self-inflicting (self-censorship).  Some quotes I found particularly interesting:

Shigetada Kishii: "Journalism is here to check and criticize the government.  If we can not do that, then the media is dead."

Akihiro Otani: "NHK is  not present today.  The foreign media is here, but not the national broadcaster.  This demonstrates the problem here today.  This (control of the media) is something that is unthinkable in (other democracies).  This is something that should only happen in an extreme dictatorial state."

The entire press conference can be seen on the FCCJ channel, HERE in English, 日本語ここ.

Today, I spent the day in Gifu at the beautiful Entokuji Temple  where a conference was held by the Preserving Deciduous Teeth Network (PDTN). Following the Fukushima nuclear disaster, this group is working to create "a nationwide network of people contributing their children's shed deciduous teeth. The collected teeth will be examined to determine the concentration of Strontium-90 deposited within them" (INFO).  I was invited to attend the conference by Dr. Ichihara, whom I had met in Berlin last month when screening the rough cut of my latest documentary about Fukushima (STORY). 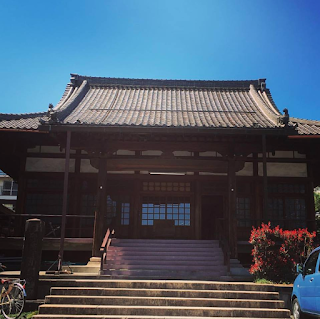 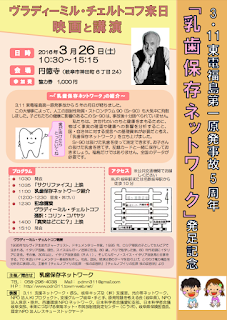 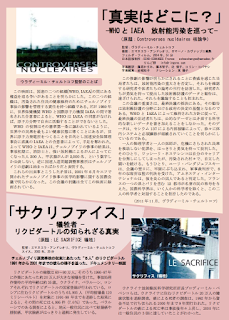 When I arrived, I was happy to also see Dr. Matsui and his wife, whom I had last met nearly two years ago when Dr. Matsui led the post-screening discussion of the final cinema showing in Tokyo of my film 'A2-B-C' after the theatrical run in the capital (STORY).  I had first met Dr. Matsui several months earlier in Germany while attending THIS IPPNW conference about Chernobyl and Fukushima.

At the conference in Gifu, two amazing films by Wladimir Tchertkoff about the disaster at Chernobyl, 'Le Sacrifice' (2003) and 'Controverses Nucléaires' (2003), were screened accompanied by a talk given by the director himself.  For anyone interested in nuclear issues, these two films are essential viewing. 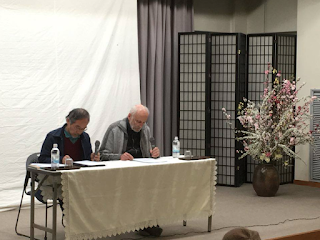 Now, as April approaches, I wonder how many people are still thinking about Fukushima.  "Will it take another year, another anniversary for people to remember?" I wonder, as I head back into the edit suite to finish my new documentary about children living amid contamination...
Posted by Ian Thomas Ash at 5:25 pm