I have been busily working on the PAGES of notes I have received from Colin, my producer in the UK. This is the stage where we start turning the 'rough cut' of our documentary into a 'fine cut'. The story of the film is now solid and we are working on the transitions between scenes and the overall pace of the film. Also, we are securing an artist to do an animated sequence and a composer to score the film. That is about all the news on our documentary.

Meanwhile, in Japan there has been LOTS of news. Or was that just lots of prime ministers? Yes, our 6th prime minister in the past 5 years (!). Yes, really. This is a great example of "truth is stranger than fiction".

Speaking of news, I will end this post with a couple of articles. The first is about a group of moms in Yokohama (south of Tokyo) who have formed a group to monitor the radiation level in their children's school lunches. 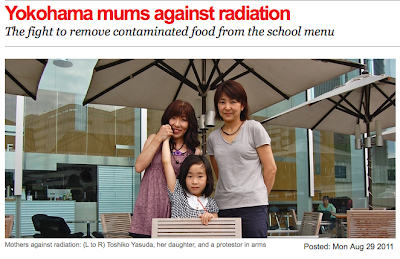 And here is an excellent article by David McNeill for the independent. 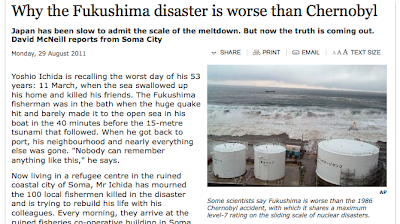 I hope Toshiko Yasuda and friends succeed with their campaign. It is heart rending to read of the struggles, frustration and confusion of the people left to deal with the aftermath of the Fukushima explosion. In their place I would find it very hard to believe anything the government or scientists were saying. It is heart breaking for all those people who are losing their homes and livelihoods.

Ian, have you a photo blog? If so you may be interested in linking with http://ourworldtuesdaymeme.blogspot.com People around the world participate with all types of photo's and themes, yours could be quite telling and keep up the awareness, just photo's with minimal text . Take a look.

Thank you so much for your comment and for your continued support and encouragement!

And thank you for the information about the photo blog... unfortunately, would you believe that I don't generally take photos?! In fact, I don't even have a proper stills camera! It's on my list of this to get.