On Friday, the International Physicians for the Prevention of Nuclear War (IPPNW)-organized congress, "The Effects of Nuclear Disasters on the Natural Environment and Human Beings" (INFO), came to a close at the Protestant Church in Hesse and Nassau's Martin Niemoller Haus (Arnoldshain) Conference Center.

The night before, Dr. Siedentopf had asked me what the conference participants had said during the interviews I was recording for a documentary about the event; Dr. Siedentopf was writing the press release about the congress with the IPPNW Press Officer and a representative of the Protestant Church in Hesse and Nassau, and was looking for quotes to include.  Reviewing the footage, I found several quotes that I felt really spoke to what was at the heart of this event.

During her closing remarks, Dr. Siedentopf read three of the quotes from my interviews, beginning with this one: 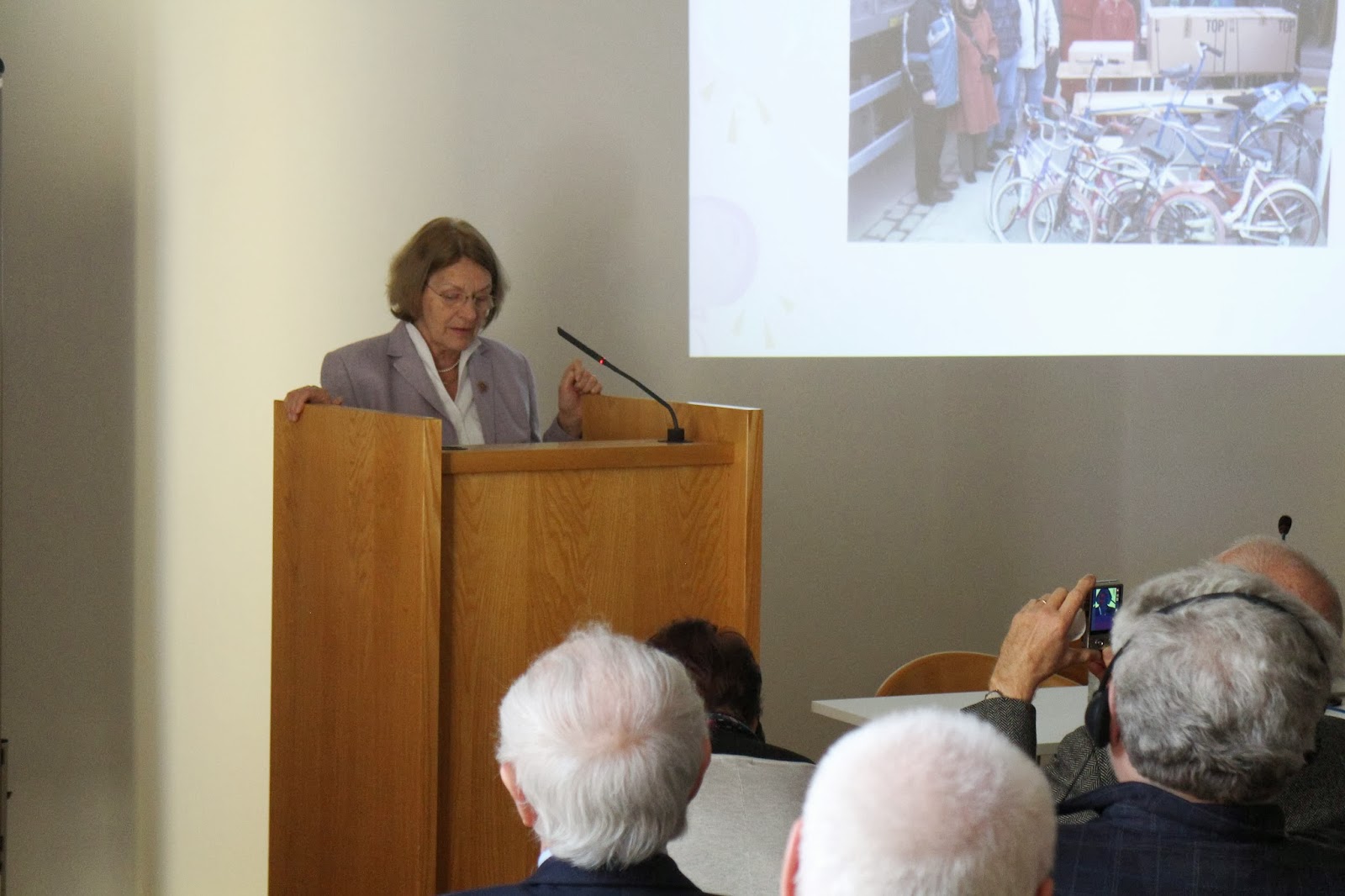 Following the closing remarks at noon (and a quick photograph with friends and Fukushima physicians Dr. Taneichi and Dr. Konta, BELOW) I rushed to the airport in Frankfurt to take a flight to Zurich where 'A2-B-C' was screening that evening (Zurich screening INFO). 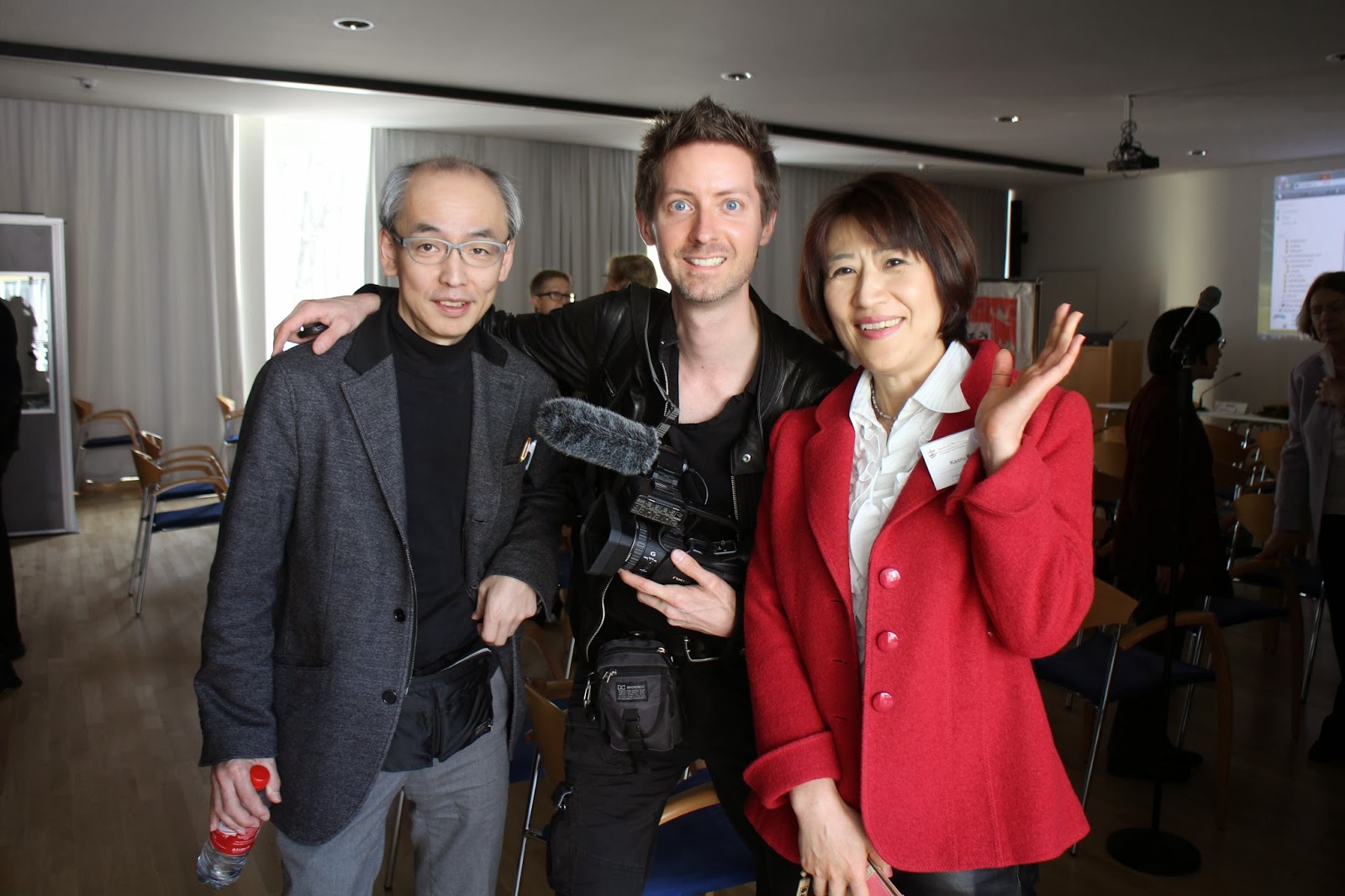 After arriving in Switzerland and with a few minutes to spare before the screening at the famous Rote Fabrik, I stood on the shores of the gorgeous Lake Zurich to breathe in the air. 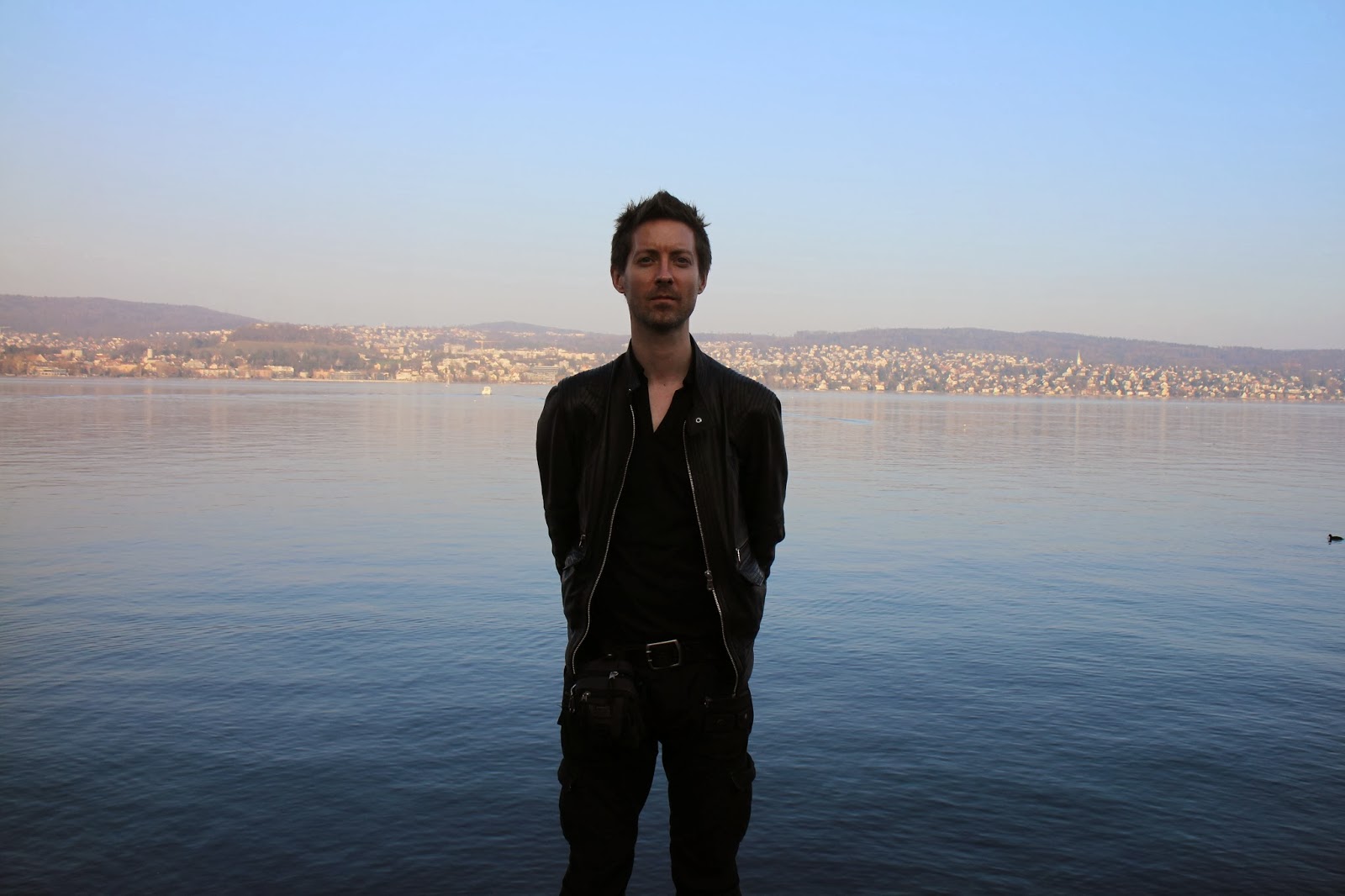 The screening was followed by a Q&A led by event organizer and filmmaker/ curator Beatrice Jäggi. I was then extremely honoured to take part in a wonderful panel discussion with Dr. Martin Walter (medical internist) and Dr. André Herrmann (nuclear expert) led by Martin Läubli (journalist with Tages-Anzeiger). 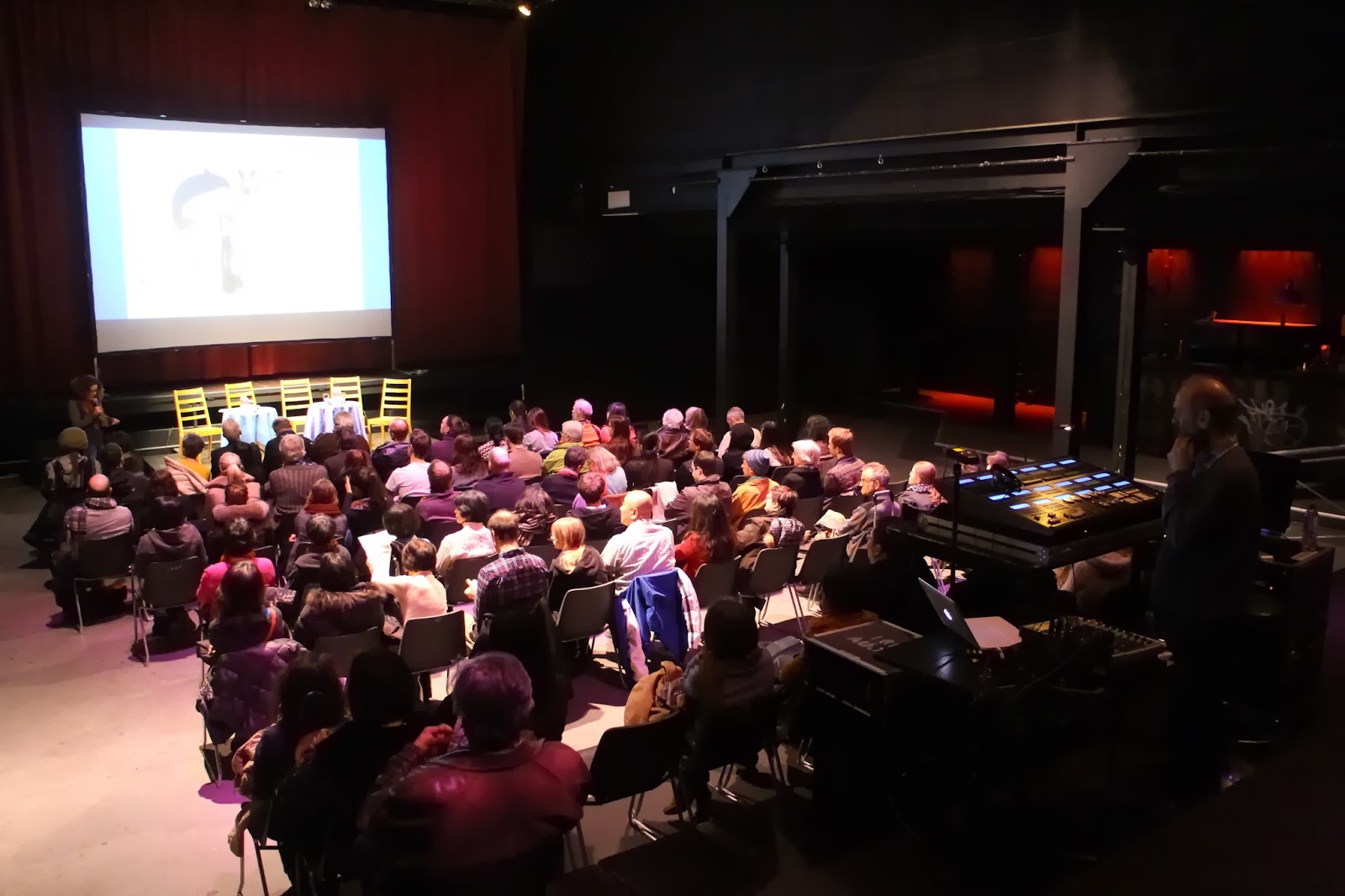 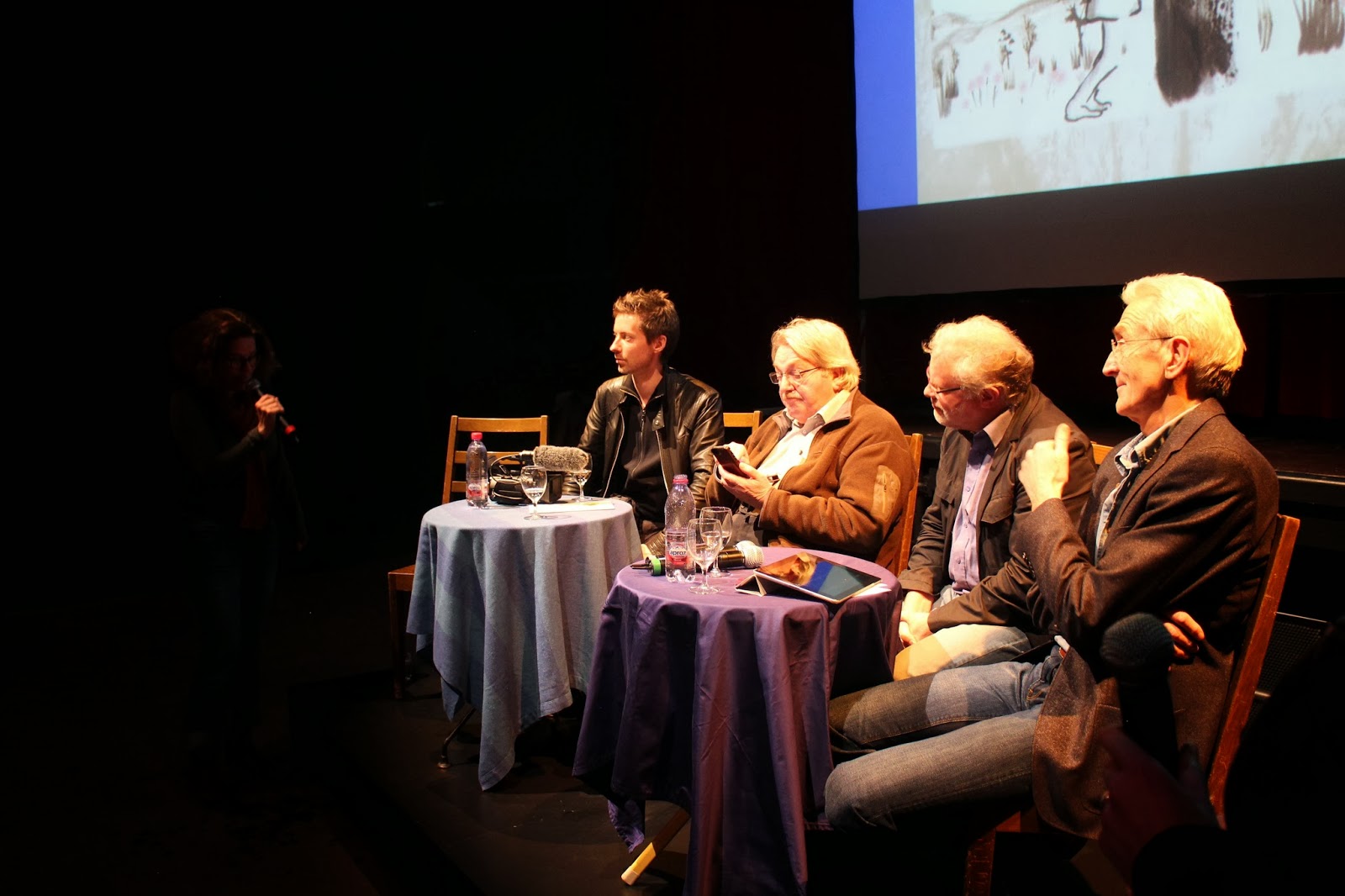 After the event (and a quick drink), I laid down for a few short hours before I was off again to the airport for a 7AM flight back to Frankfurt (!) where a public screening of the film was held last night (Frankfurt screening INFO).

Back in Germany, I headed to Dr. Siedentopf's home where I arrived so early I was invited to the breakfast table.  We then headed out to the picturesque town of Zeligenstadt for some sightseeing with some of the Belorussian guests who were in town for the conference.  After visiting the church and cloister built in 830 a.d. (!) we stopped for a glass of carrot juice in the town square. 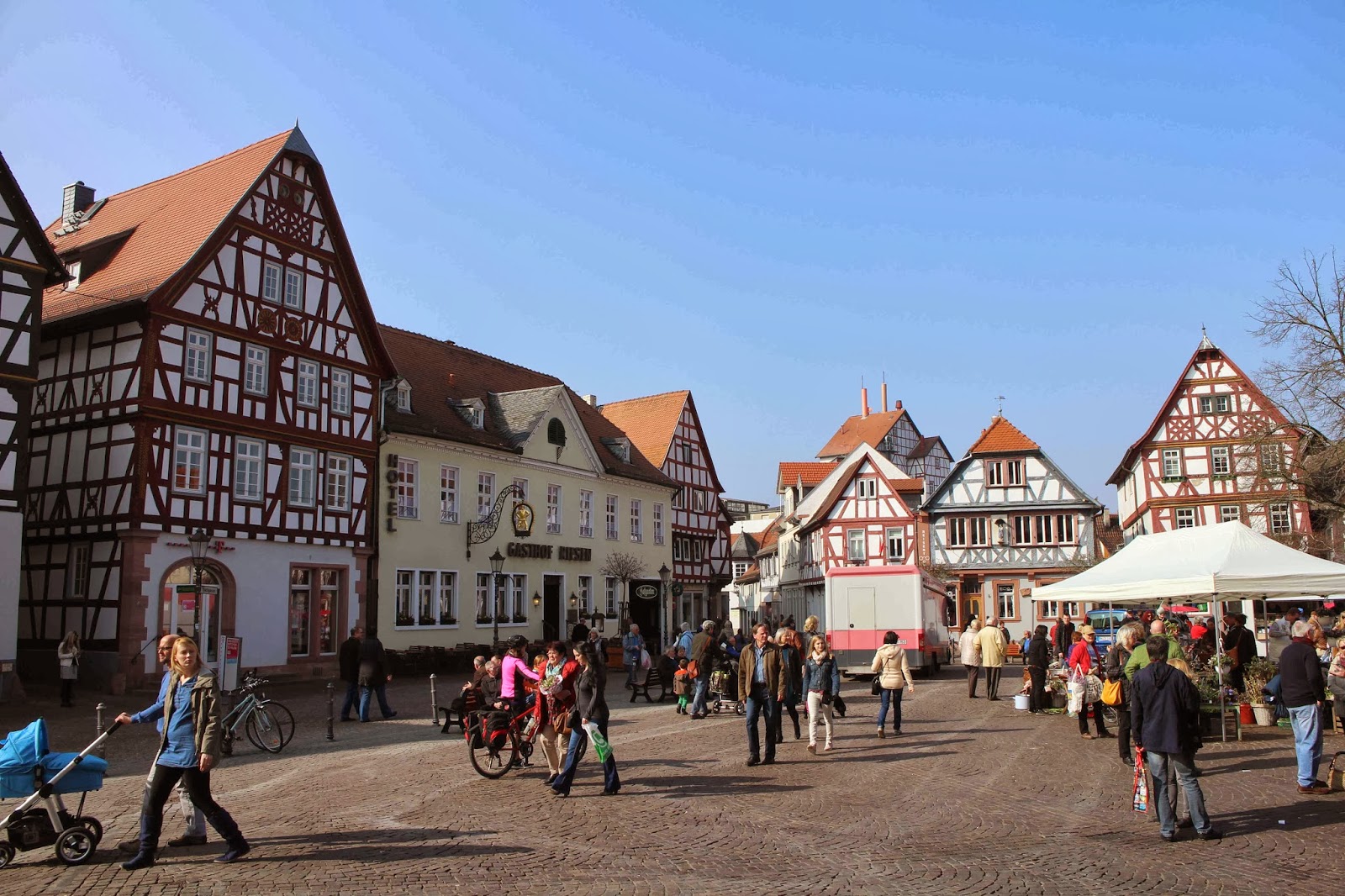 Meanwhile, an interview that was filmed during the congress for German TV station WDR aired (video available HERE for one week from March 8, 2014). 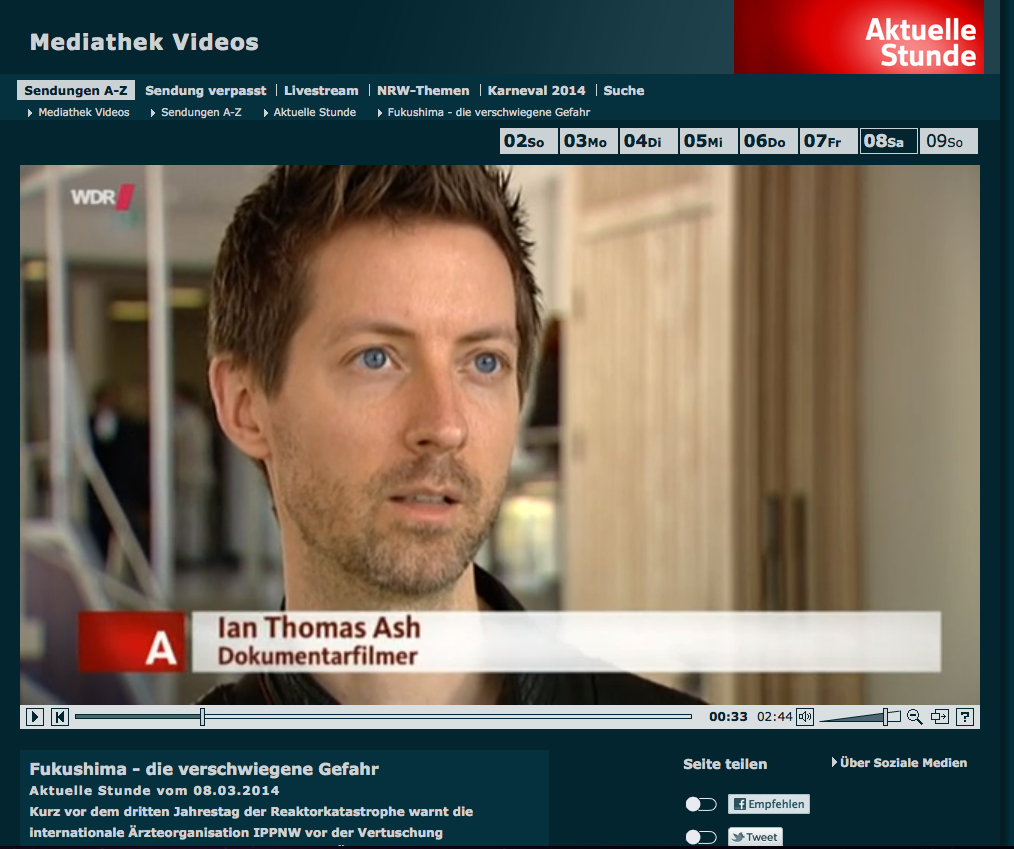 In the evening, I headed to Frankfurt for the public screening of 'A2-B-C'.  This was a kind of homecoming for me as this screening was arranged by Nippon Connection, the festival that had held the World Premier of 'A2-B-C' last June and awarded the film its first major prize (INFO).  It was an honour and a great pleasure to again meet Marion Klomfass (festival director) and other Nippon Connection staff and volunteers.

With the 3rd anniversary of March 11 quickly approaching, there were more screenings this weekend  in Europe than I could attend in person.  Last night, 'A2-B-C' was also screened in Amsterdam (info HERE).  Luckily, the screening in Amsterdam began 30 minutes before the one in Frankfurt, so I conducted the post-screening Q&A with the Dutch audience from the projection booth in Germany while the film was still screening.  Then, with the screening just about to end, I quickly ran down to the theatre where a Q&A with the Frankfurt audience was held.  With two Q&A's back-to-back, there were a few times I wasn't sure if I was repeating myself or not, and at one point I had even forgotten what country I was in (!).

After I bid farewell this afternoon to my new Belorussian friends and to the kind and generous Siedentopf's, I again found myself at the airport in Frankfurt, this time on my way home to Japan.  Typically before I fly, I try to relax and focus myself as I change gears in preparation for wherever I am headed; but after checking in for my flight, I rushed to the toilet where I conducted yet another Q&A via Skype, this time with an audience in Poland who were about to see the film (Warsaw screening info HERE).  This was both my first pre-screening discussion (arranged such because of the timing of my flight), and the first Q&A I have conducted in a toilet (!). 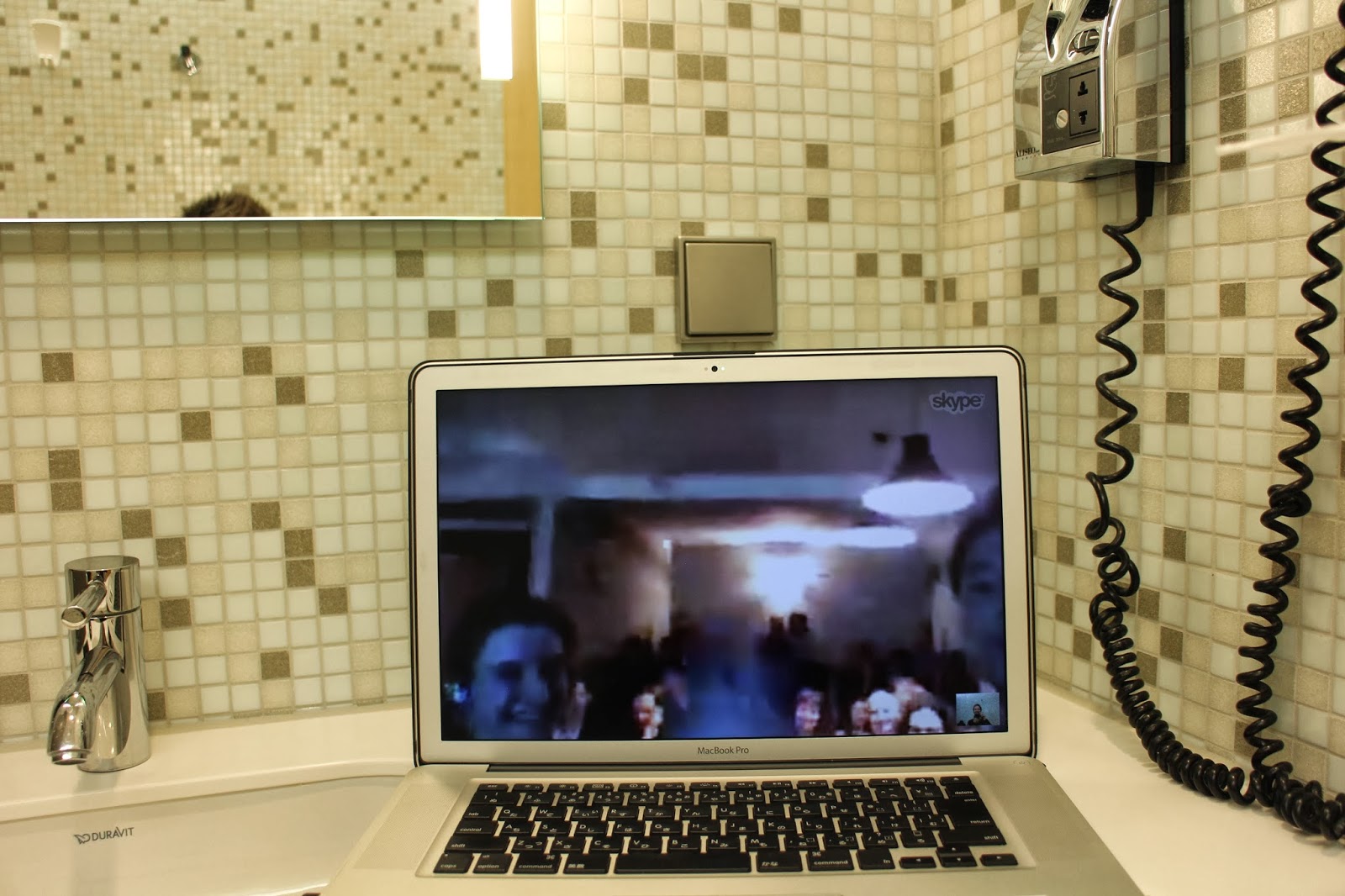 Now, I am about to board the plane heading home...

Thank you all so very much for your support and encouragement over these past three years.

With Gratitude and in Peace,