Arriving in Frankfurt at 5:30am (!) this morning, I had breakfast with Dr. Siedentopf, a member of the International Physicians for the Prevention of Nuclear War (IPPNW) and organizer of the conference I am here to attend, "The Effects of Nuclear Disasters on the Natural Environment and Human Beings" (INFO), which begins tomorrow.

Some of the conference participants, including doctors and scientists from Japan, Belorussia and Germany, were then given a tour of JUWI (WEBSITE), one of Germany's leading companies in harnessing renewable energy.  JUWI's goal is to have 100% of the power used in Germany to come from renewable energy such as wind, solar and bio sources by 2020.

Our tour included seeing some of the company's wind turbines.  This was the first time for me to not only see one of these great machines up close, but to actually have a look inside as well.  And it felt like being inside of a lighthouse. 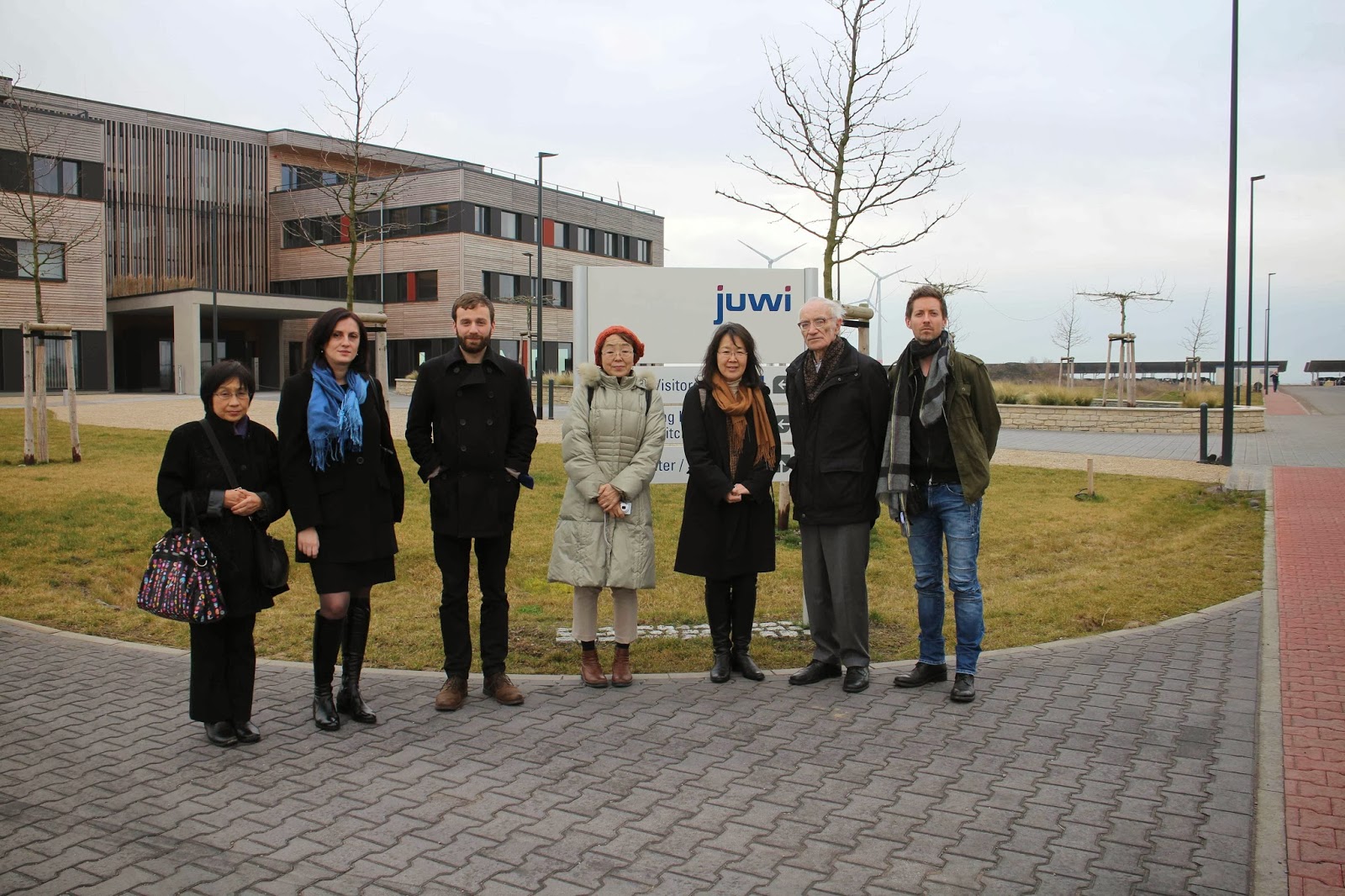 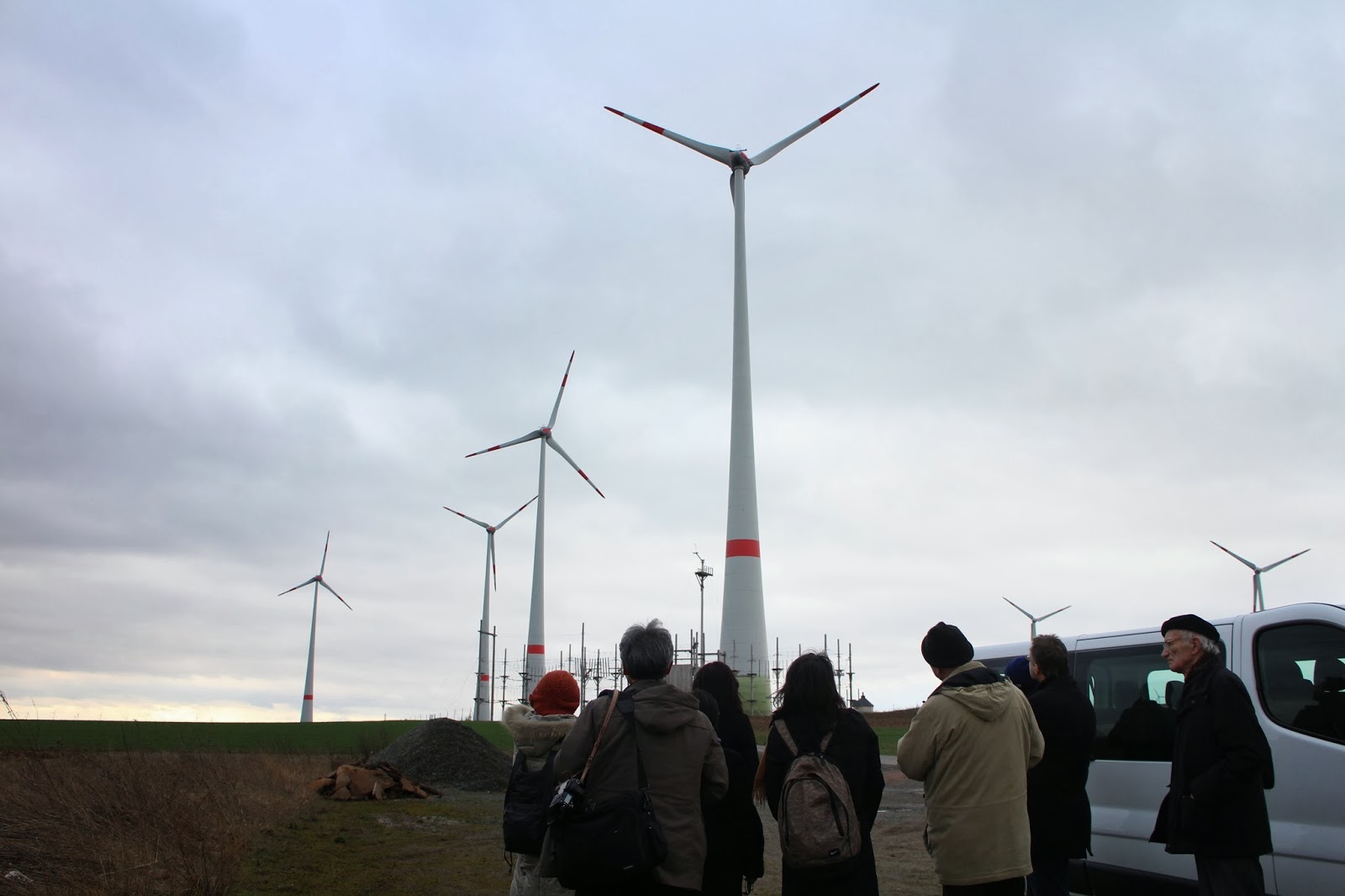 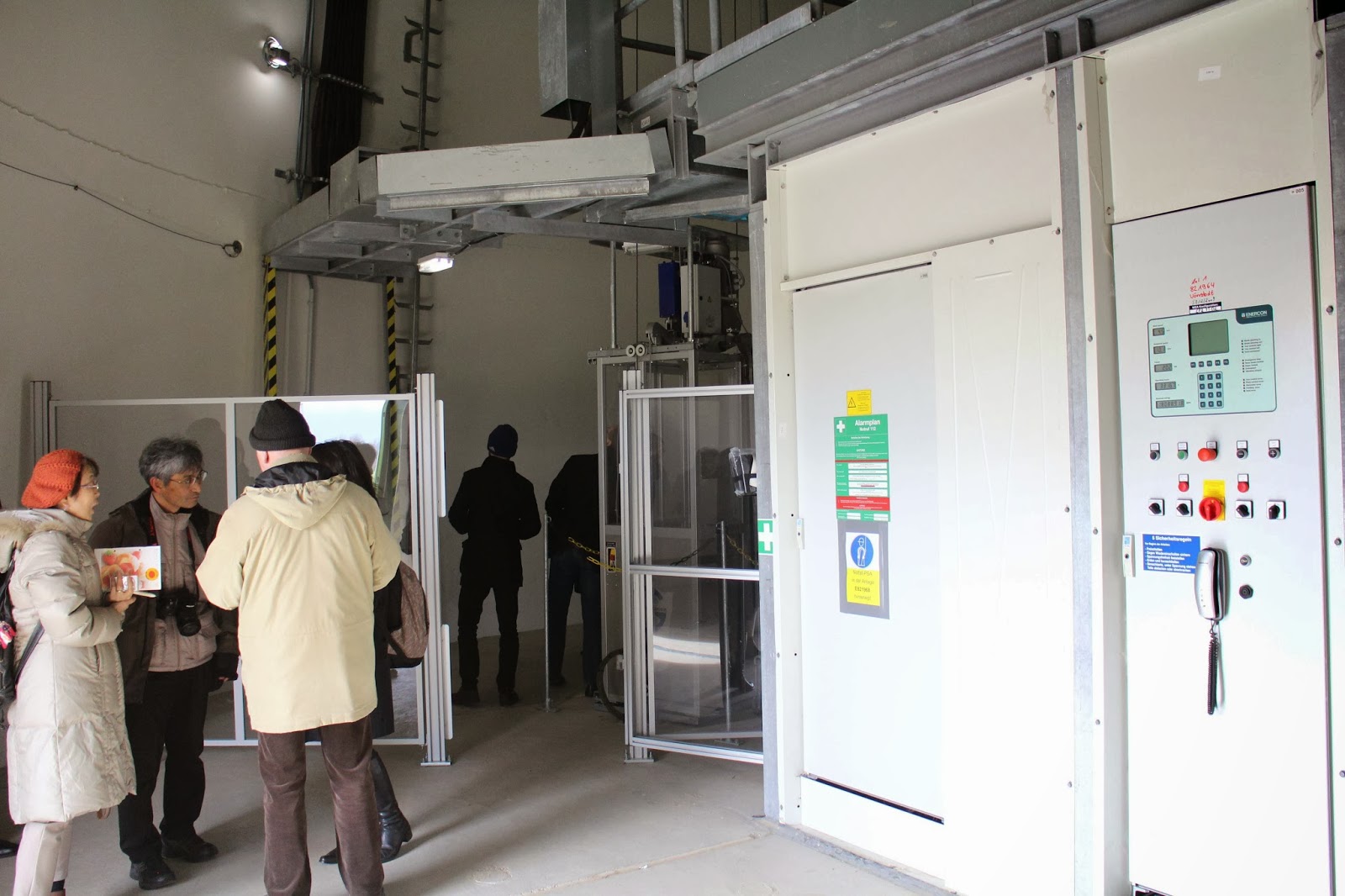 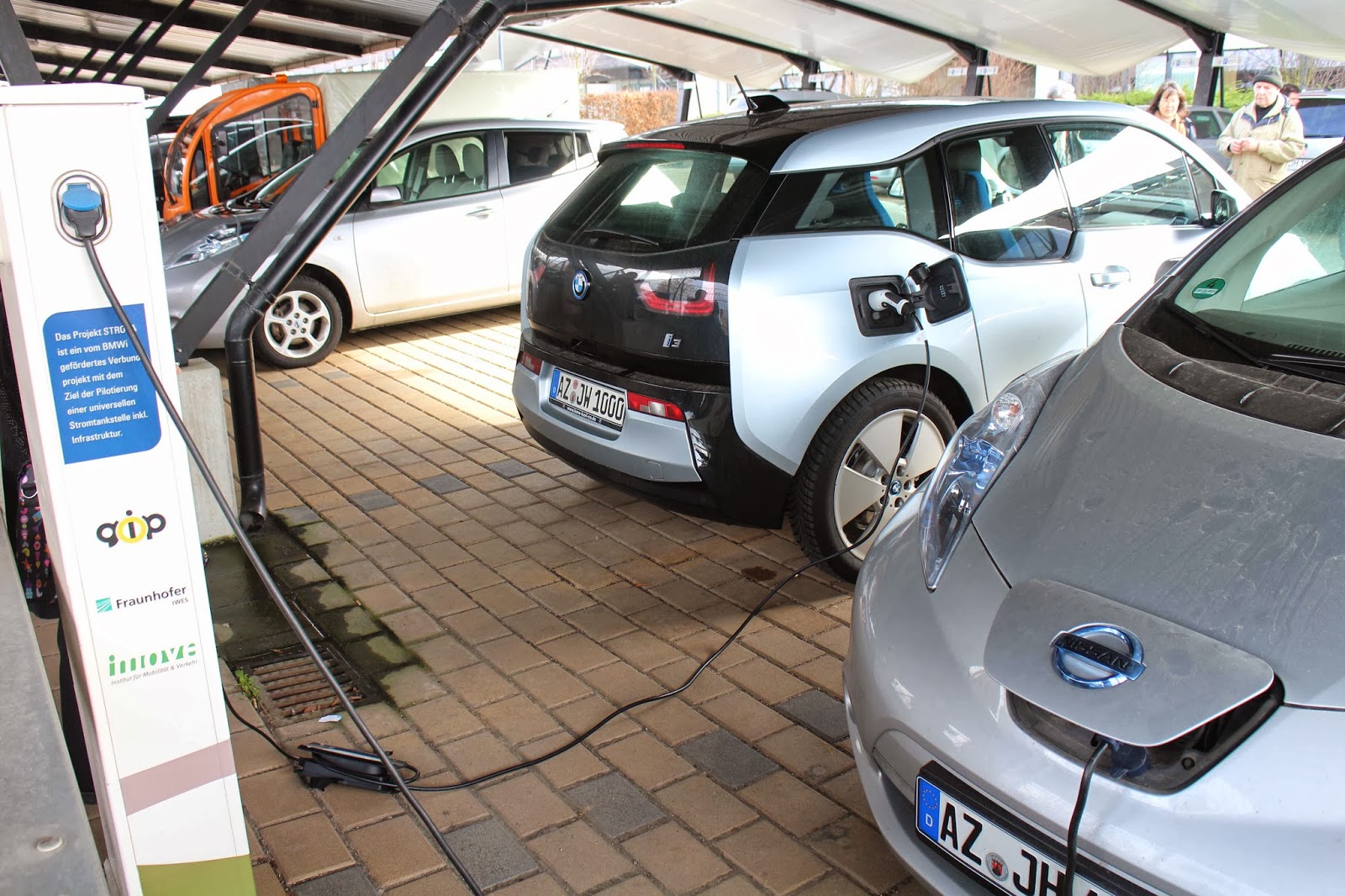 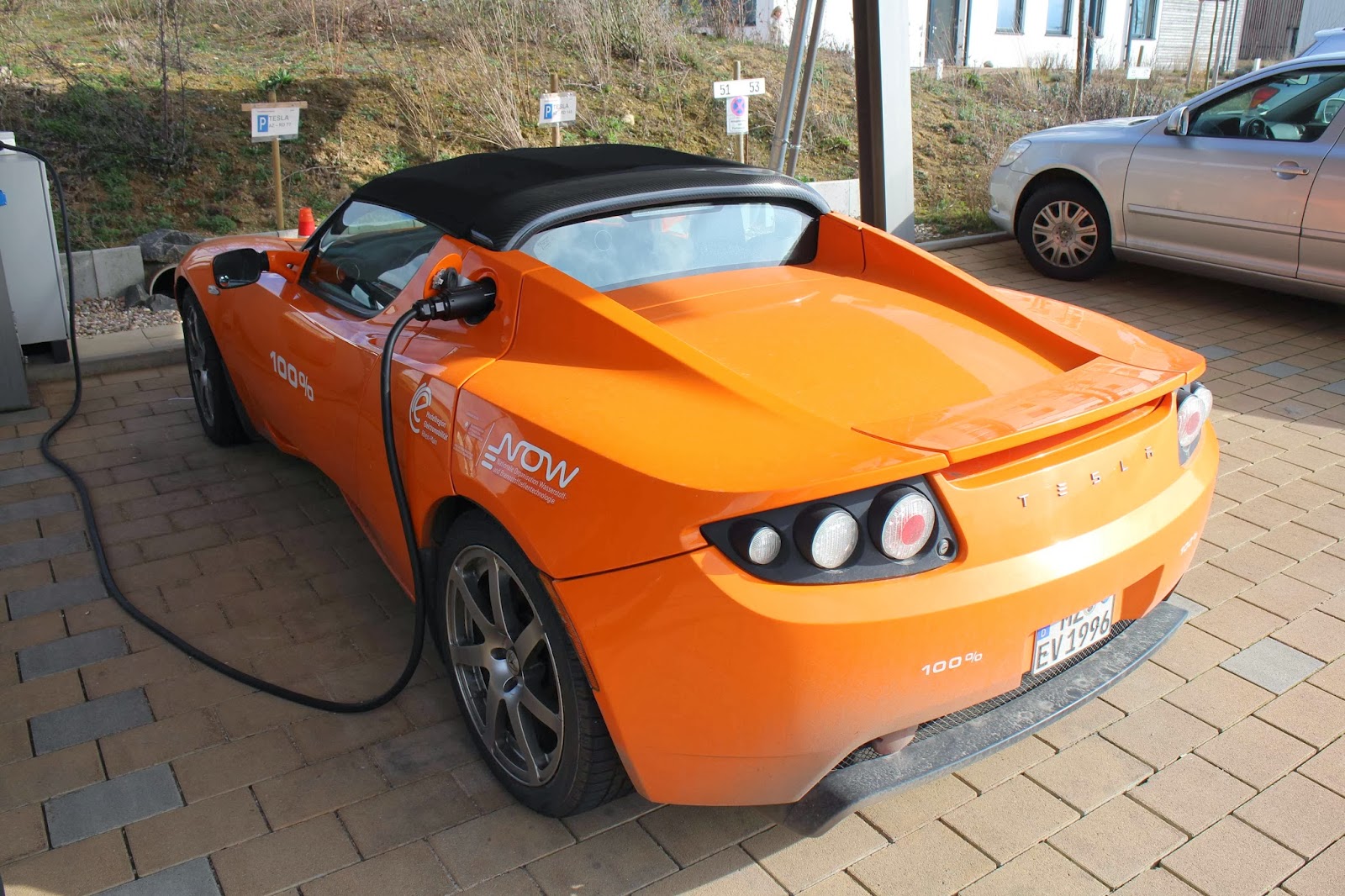 In the evening, we attended an anti-nuclear protest that has been taking place in the town of Langen every 1st Monday since the nuclear meltdown in 2011.  Several of the Japanese guests who are in Frankfurt to attend the IPPNW conference also took part in the demonstration. 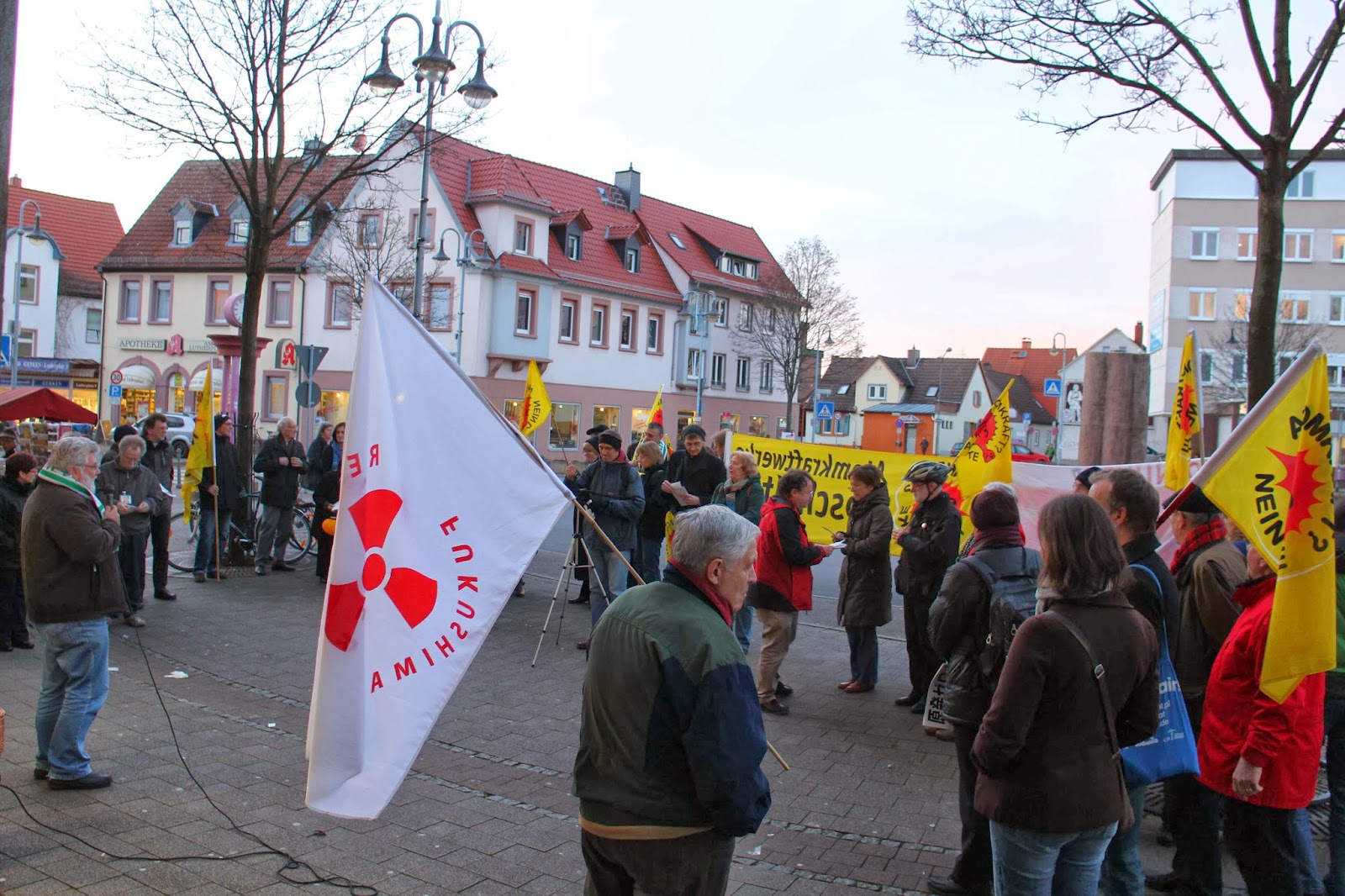 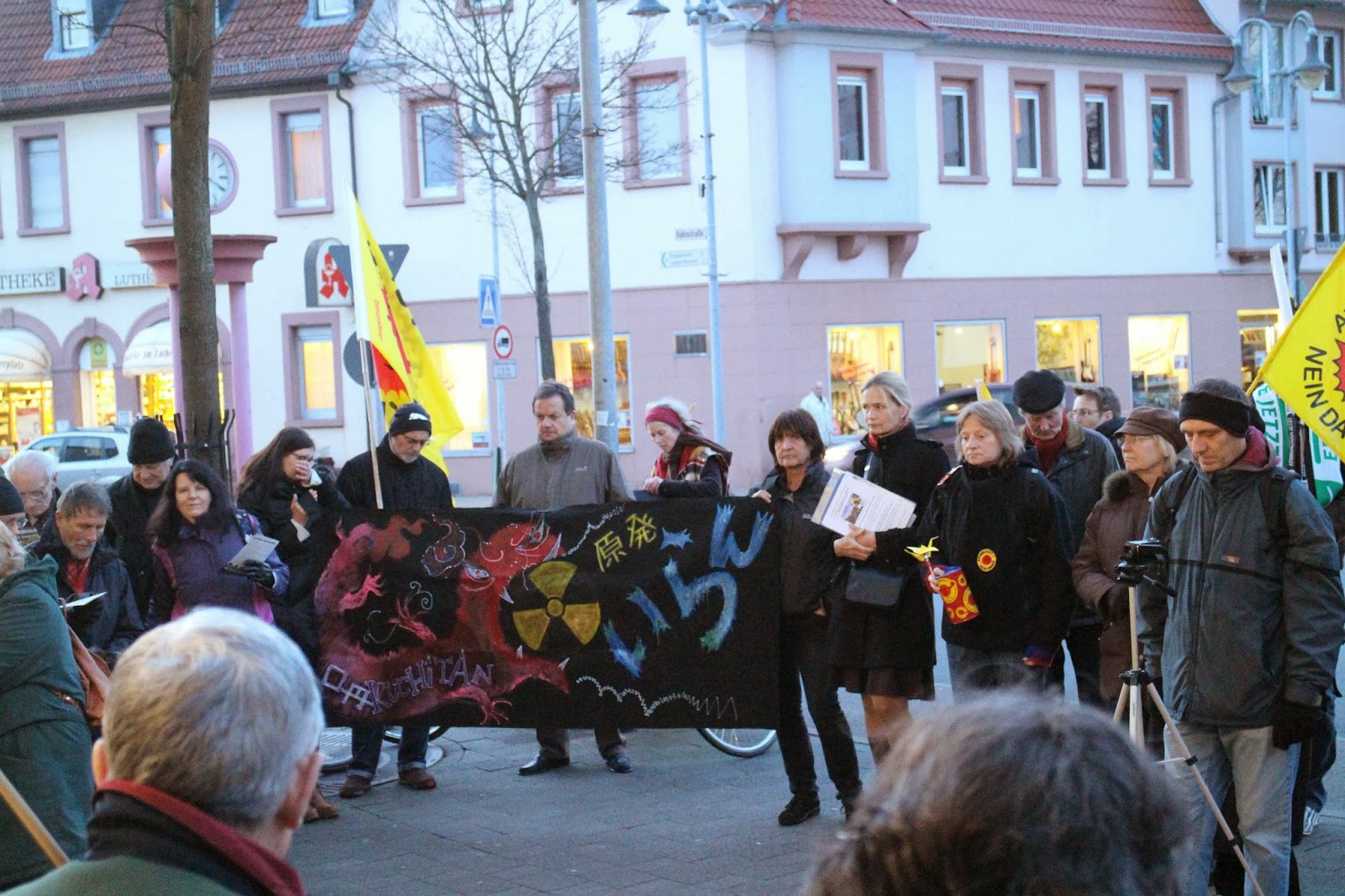 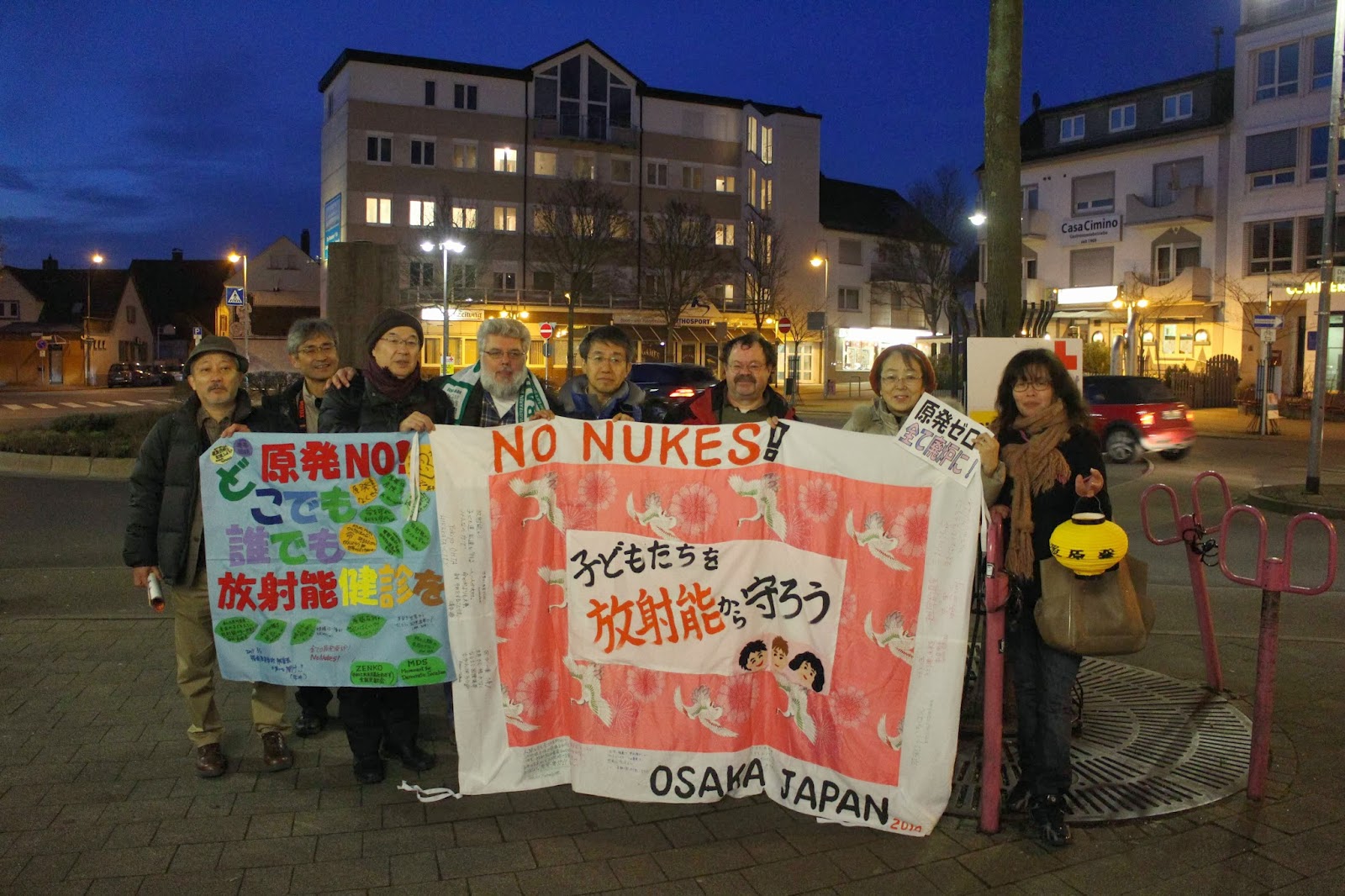 After the protest, I was invited for dinner at the home of Dr. Siedentopf and her husband Hans, a retired gynecologist.  Joining us was Dr. Mikhail Malko, a scientist from the National Academy of Sciences of Belarus, who is also in town for the conference where he will present his research about the nuclear disaster in Chernobyl. 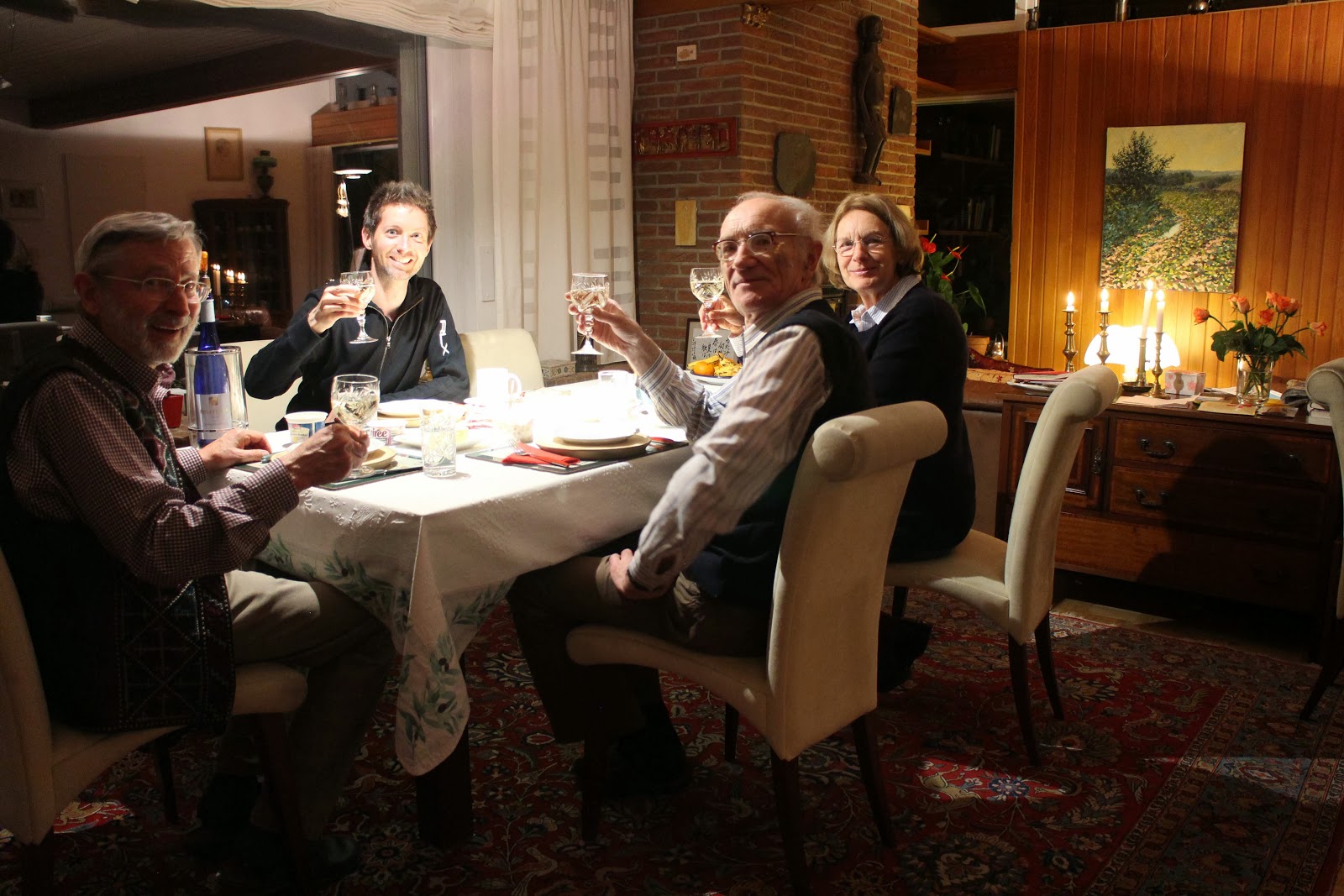