It's been pretty quiet this week as the Obon Holidays in Japan (INFO) are a time when many Tokyoites return to their hometowns in the countryside and many businesses close.  The holiday has also brought a lull in the screenings of my documentary 'A2-B-C' (website ENGLISH/ 日本語), which will start picking up again next week (SCHEDULE 日本語).

Quietly in the background I have been working on a new documentary called '-1287' (WEBSITE), pronounced "minus-one-two-eight-seven", which I wrote about most recently in June (HERE).  Although the news was still under press embargo at that time, we had just received several positive responses from film festivals based on the rough cut, and this helped give the post-production team and me an extra push as we were in the final stages of putting the film together.  The film wasn't even finished yet, and we were already receiving offers to screen it!

Today, the Asian Premier of '-1287' was officially announced by the Taiwan International Documentary Film Festival (News Release HERE), and so I can finally talk about it.  And stay tuned, because there is even more good news on the way! 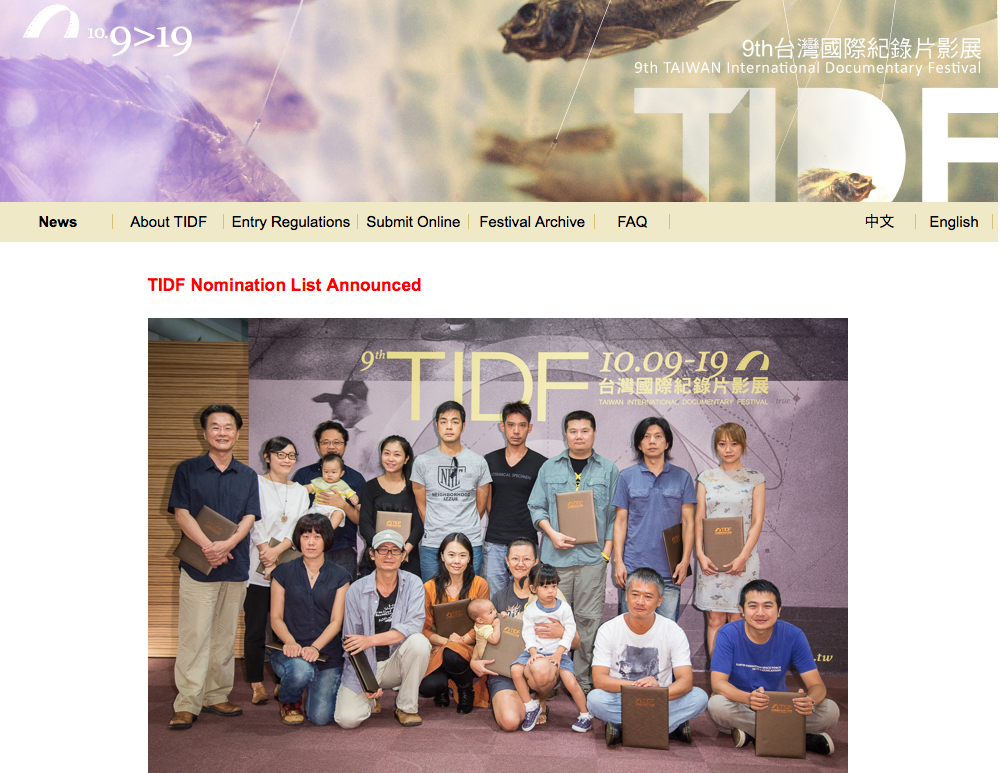 It is a huge honour to screen in Taiwan, a country that over the past six months has become a kind of second home to me (highlights HERE and HERE), and it is extremely humbling that '-1287' is one of the 15 films selected for the International Competition category.

Thank you all so very much for your support and encouragement!
Posted by Ian Thomas Ash at 8:29 pm