I traveled to San Diego with Kazumi Watanabe, whose NPO 'Mommy'z Tummy' (WEBSITE) has previously sponsored several screenings of 'A2-B-C' (website ENGLISH/ 日本語), and third year medical student Yo Konta, whose parents are both doctors in Fukushima.  Our plane landed at sunset, and the view, the weather and the air were perfect.

We were met at the airport by Yuko Hanaoka, Kazumi's sister.  Yuko works for Hanaoka Enterprises (INFO), the sponsor of the screening of 'A2-B-C' in San Diego (INFO), and we headed from the airport directly to their main restaurant "Hanaoka" for dinner and a meeting about the event.  We were joined by Nao Kabashima, the director of the Karen Organization of San Diego (INFO) which aids Burmese refugees living in the area, and her husband Fe.  Nao was to be the MC/ interpreter for our event.

Dinner at Hanaoka's was awesome and included sushi rolls that although I have never seen in Japan, I am sure would be extremely popular, especially among young people!  These included the spicy Fire Dragon topped with jalapeno peppers (!) and the Protein Roll made with no rice (PHOTOS below). 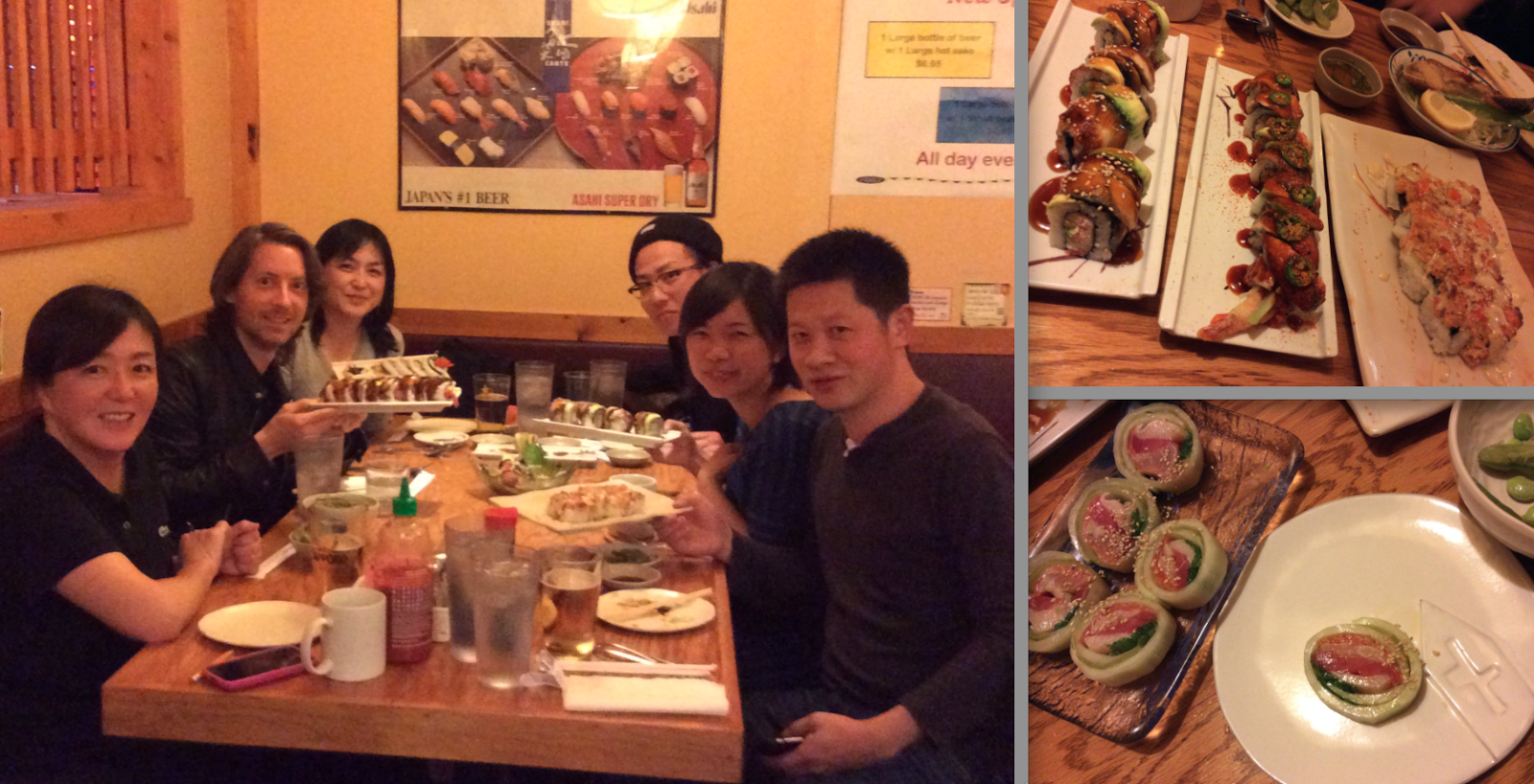 The screening took place this morning at the Museum of Photographic Arts in the gorgeous Balboa Park (INFO).  In addition to sending out information about the screening to the more than 20,000 people on their mailing list, Hanaoka Enterprise's owner and chef Jun Hanaoka was at the park bright and early handing out flyers. 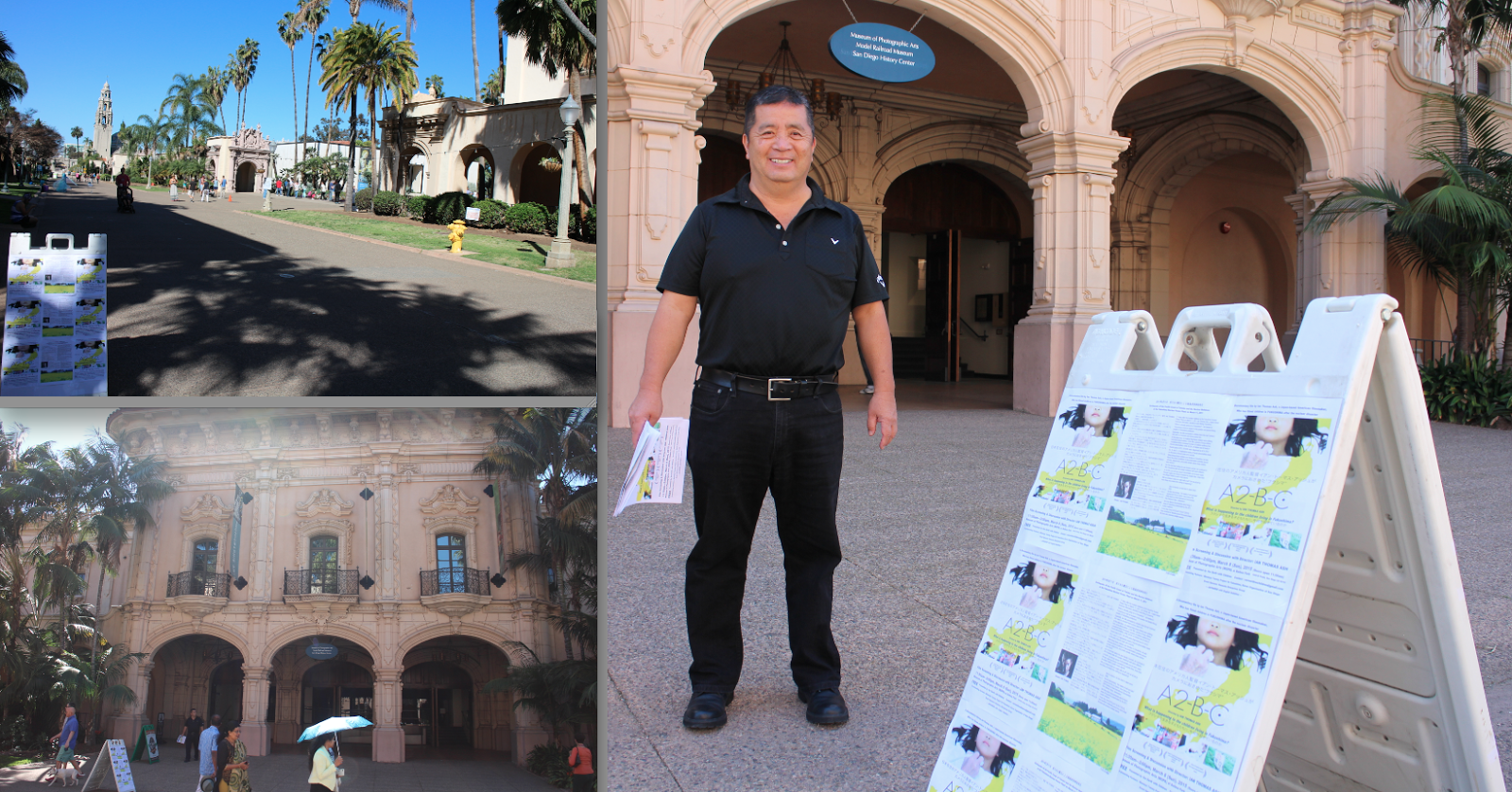 The screening room in the museum was beautiful, and I was floored when we arrived to find thirty young people who had volunteered to help with the event waiting for us.  Many of the volunteers were from Burma and were there through their connection with Nao's NPO. 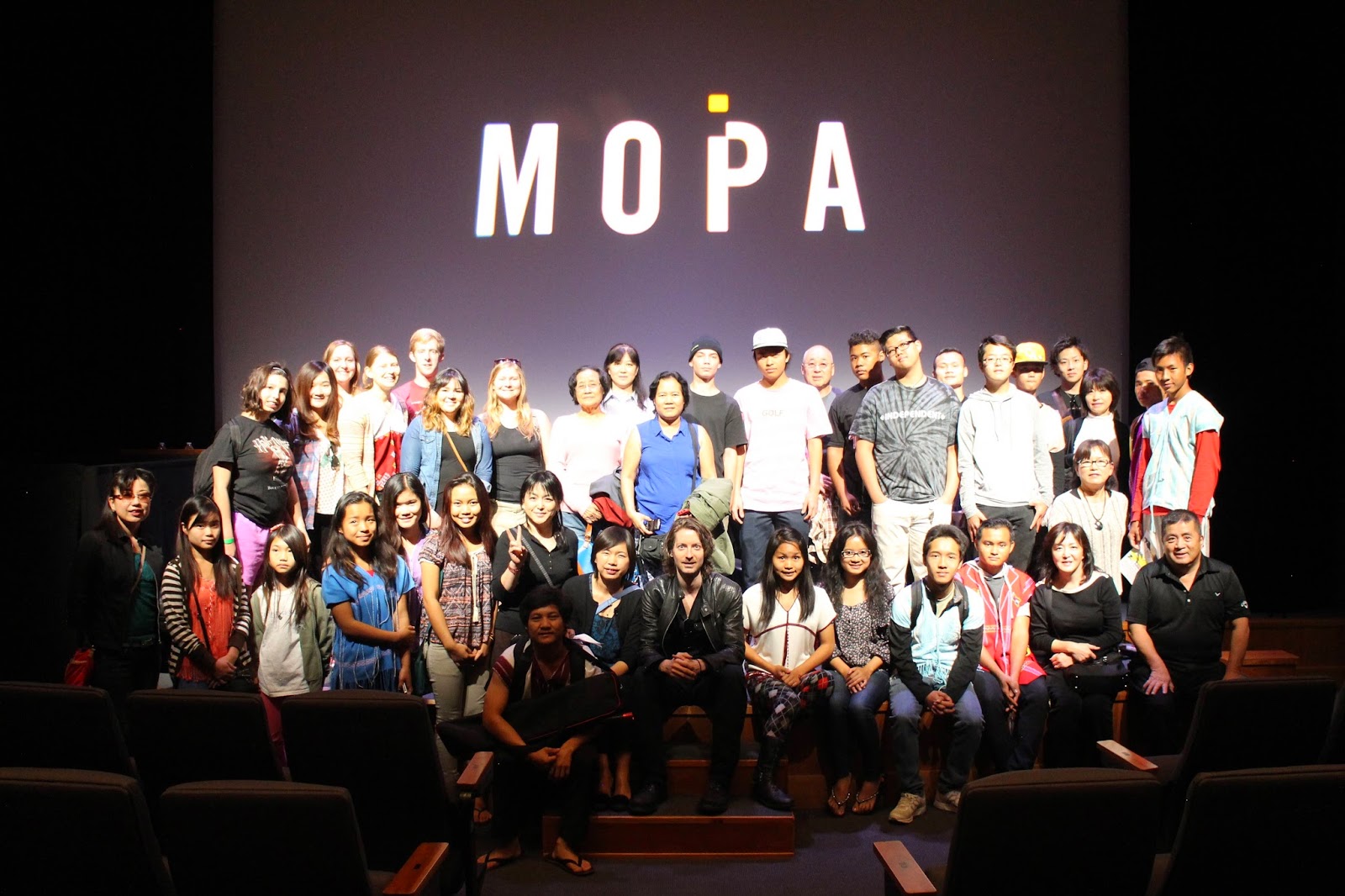 Although no one knew how many people to expect at a screening that was to be held on a Sunday morning, 169 people were in attendance!  The volunteers joined the screening after the start of the event, making it a total of 199 people who saw the film!  We were all so grateful to be able to share this story with so many people of differing ages and backgrounds.

During the post-screening discussion, Ms. Watanabe and I answered questions about the current situation in Fukushima and about the work we are each doing now.  We were asked about the number of children now known to have thyroid cancer (over 100), and about the government's policy regarding the return of evacuees to their homes in areas that are deemed to have been decontaminated.  The most difficult question I was asked was about the cancellation of the March 1 screening that had been arranged by Ms. Watanabe (STORY) and about why a Disclaimer Statement had suddenly been published on the Japanese website of 'A2-B-C' (STORY).  Although I was able to explain the facts of the situation to the audience, that is to say to re-cap what I written on my blog and to read the Disclaimer to the audience, I apologized for currently not being at liberty to explain the matter any further.

The highlight of the event was when we called Yo up to the stage, and he shared about the nuclear disaster from his unique point-of-view: Yo's parents are both medical doctors in Fukushima, and he himself is a third-year medical student.  Yo had not seen the film before and he said that there were many things in it that he had never seen or known about, despite being from Fukushima. Sharing that he has friends who are doing decontamination work, Yo expressed sadness that many young people are in a situation where they are forced to risk their future health in exchange for money because there is not much other work and jobs in decontamination offer relatively good pay. 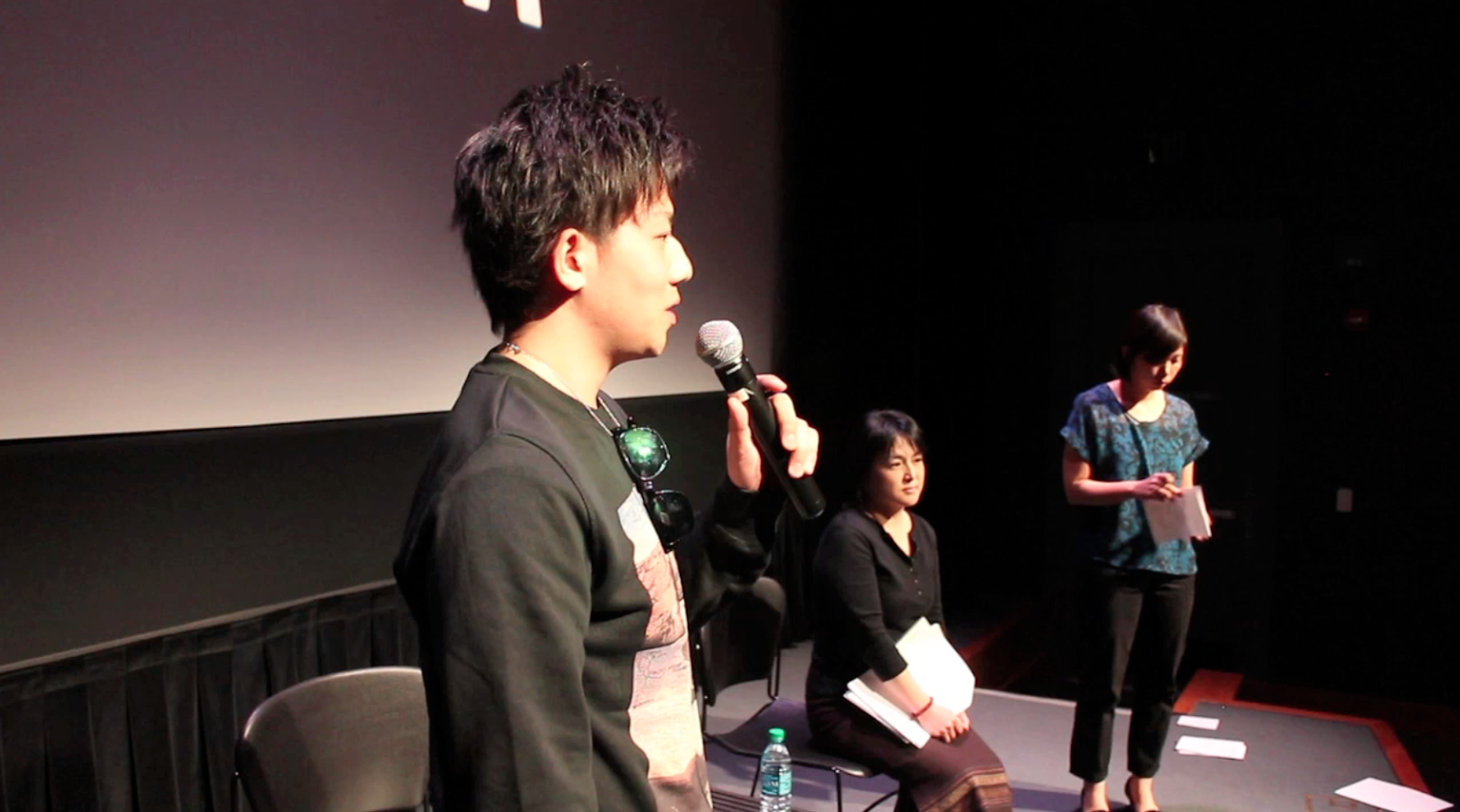 Immediately after the event, Mr. Hanaoka drove me to the airport so that I could catch a plane to Vancouver where 'A2-B-C' is screening this week in a symposium about the 3.11 Disaster at the University of British Columbia (INFO).  In the car, we talked about the interesting paths that our lives have taken: Mr. Hanaoka, originally from Japan, has lived more than half of his life in the US, and in just a few years, I, too, will have lived over half of my life abroad.  Having arrived with just $300 when he was 24, Mr. Hanaoka now owns multiple restaurants, the profits of which he is using to help support and raise awareness about issues that he cares deeply about.  These include programs as varied as the Karen Organization, and screenings like the one held today to help raise awareness about Fukushima, which through Mr. Hanaoka's support, was free and open to the public.

I am so grateful for the encouragement of so many people over the past four years, and ask for your continued support as the 4th anniversary of March 11 is marked this week and the 5th year is entered.  I will be documenting the situation in Fukushima for as long as I feel this is my calling and for as long as I am permitted to and am able.

And now I will close, having safely arrived in Vancouver in the middle of a crisp and clear night, the sky full of stars.
Posted by Ian Thomas Ash at 11:30 pm

I was lucky to attend your event at Balboa Park. I have been telling everyone about it. When is the full version going to be available for the public to see or purchase? A youtube trailer of A2-b-c said May 10th 2015.
I truly hope it happens soon so the world knows this information.
Great job Ian.

thank you for your message and support. I'm not sure where the impression that the full version of the film was going to "go public" today came from, but unfortunately, that is not correct. As explained here (http://ianthomasash.blogspot.tw/2015/03/a2-b-c-screening-committee-dissolved.html), a DVD/ internet release of the film is currently not possible.

Thank you for your continued patience, support and encouragement.