Needing to believe it is safe (part 1)

I have been in the city of Minamisoma this week. It has been six months since the events of March 11 and five months since we filmed our documentary about the children returning to school in the radiation zone 30 km from the damaged nuclear power plant.

Because of the airborne radioactive particles and 'black rain', in April there were strict rules- especially regarding the school children. Children were to wear long sleeves, hats and face masks. The children were to wash their hands and change their clothes immediately after coming in from outside.

The danger from the radiation and its unknown consequence was constantly in the minds and on the tongues of the all the people we met.

This week, however, we saw a very different mood in Minamisoma.

We were struck by the school children walking around freely without masks and in short sleeves and shorts in areas that were recently deemed so dangerous that the people living there were under orders to stay indoors. Although the children were not to play outside, we saw two little girls playing outside and bouncing a ball between them... their unmasked faces breathing in the potentially radioactive dirt their ball kicked up.

And because of the heat, the doors and windows of the elementary school were wide open, allowing the breeze- and anything it carried- to blow freely through the corridors and classrooms. 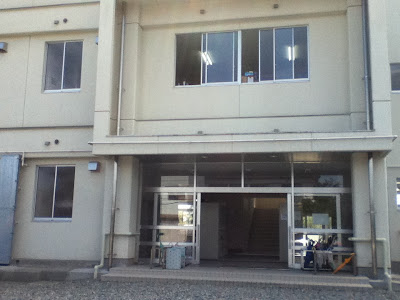 The doors and windows at the elementary school are wide open. 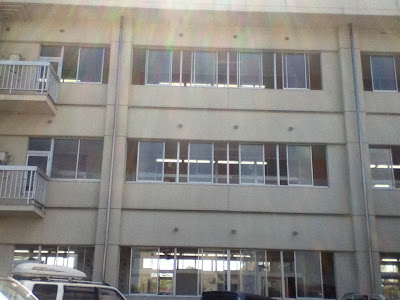 The windows in all the classrooms are open. 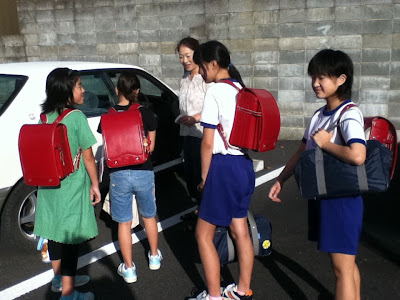 Though these children are still driven to school, they go without masks and in short sleeves/ shorts.
At first, I couldn't understand how people who had been so concerned in April about how much danger their children were in could be seemingly so oblivious to the potential threat in September. But as one parent I talked to put it:

We can't live in a constant state of fear. We need to believe that it is safe and that everything will somehow be ok.