"In the Grey Zone" to screen in Nepal

My documentary "In the Grey Zone" will screen at the Nepal Human Rights International Film Festival in Kathmandu this weekend.

"In the Grey Zone" (WEBSITE) was filmed in Fukushima in April of 2011, one month after the nuclear meltdown, as the local government was preparing to re-open schools just outside the 30 km radiation zone.

Where "In the Grey Zone" asks the question "what will happen to the children of Fukushima?", my new documentary, "A2" (WEBSITE), attempts to begin to answer that question.

With all recent developments involving "A2" (HERE), as well as the upcoming 2nd anniversary of March 11, I am unable to attend the screening in Nepal, but I am very grateful to Purna Singh Baraily, the Chairperson of the Human Rights Film Center in Kathmandu (WEBSITE), for giving my film this opportunity. 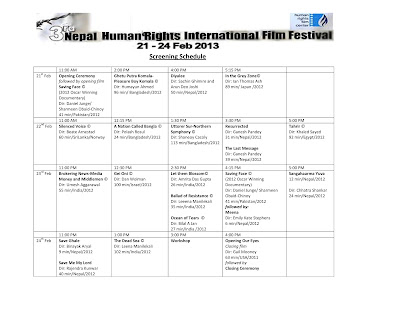