While it was an honour to hold the World Premier of '1287' (WEBSITE) in London's Raindance Film Festival last week (INFO), it was also a time for reflection.

Although '-1287' is about so much more than breast cancer, I did think that the coincidence of the World Premier falling on October 1, the first day of Breast Cancer Awareness Month, would help in getting the word out about the screenings.  But despite contacting dozens of local cancer charities, religious organizations, Japanese programs at local universities and many of my fellow filmmaking friends from my days of living in the UK, neither of the screenings of '-1287' were particularly well-attended. 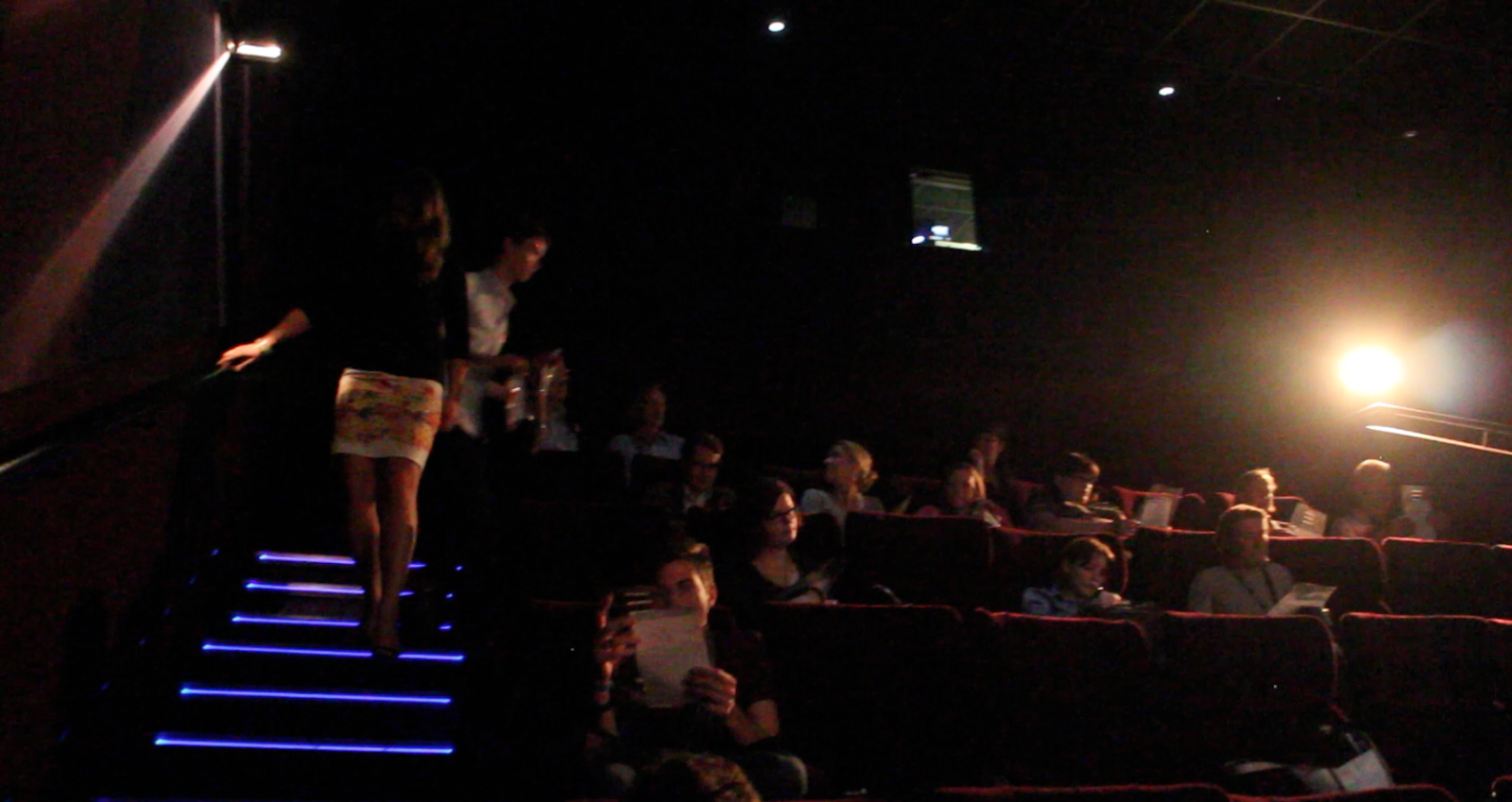 There were certainly many factors that contributed to low attendance, including the unfortunate (and reductive) description of '-1287' that appeared in the catalog.  A film documenting "the heartbreaking countdown to day zero: the end of 66-year-old Kazuko’s life" (full description HERE) doesn't exactly sound like an uplifting story.

Perhaps a larger social trend is also affecting the number of cinema-goers in general: it is becoming increasingly more difficult to coax people to get out of their bathrobes, leave the comfort of their homes and spend money to see a film.  When I tell people about an upcoming screening, I often hear "When is it going to be on Netflix?", along with the even worse "Are you putting it on YouTube?", and these two questions show complete apathy toward-- if not total ignorance about-- what it means to take part in the sacred and collective experience of viewing a film on a large screen in a cinema full of people.

Ah, I wanted to go, but I only attended a single Raindance film (on a Sunday) because the festival fell right into the middle of the opening weeks of uni term. All I was doing was teaching workshops those weeks (clashing with screenings). I actually had a Raindance pass (I write for their catalogue) but I passed it onto a friend, because I knew I would not be able to attend anything (he did go to one of your screenings btw).

I've lamented low attendance numbers myself before, I don't think it's Netflix / Youtube necessarily, but, at least in London, people don't seem to go to the cinema unless it's a Hollywood film with some really famous people. Plus, aversion against subtitles. I've seen amazing films with only 5 other people in a room for a 100!

Too early! My brains not working yet.

I'm a fellow Brit living in Japan. I think the work you are doing is great, and the more people that are able to see your documentaries, the better. Keep up the good work. Comment is short as I am at work....

Alua, Thanks for letting your friends know about the screenings!

Dave, thank you for reading and for your support!