Back home in Tokyo, I am reflecting on the wonderful experiences I had attending the Taiwan International Documentary Festival (TIDF) this past week.  Being about much more than *just* film, the festival's success is rooted in its careful curation of spectacular films, its tremendous effort to invite the filmmakers from all corners of the globe, and the emphasis it puts on the post-screening discussions with the audience.  All that and the festival staff and volunteers are amazing. 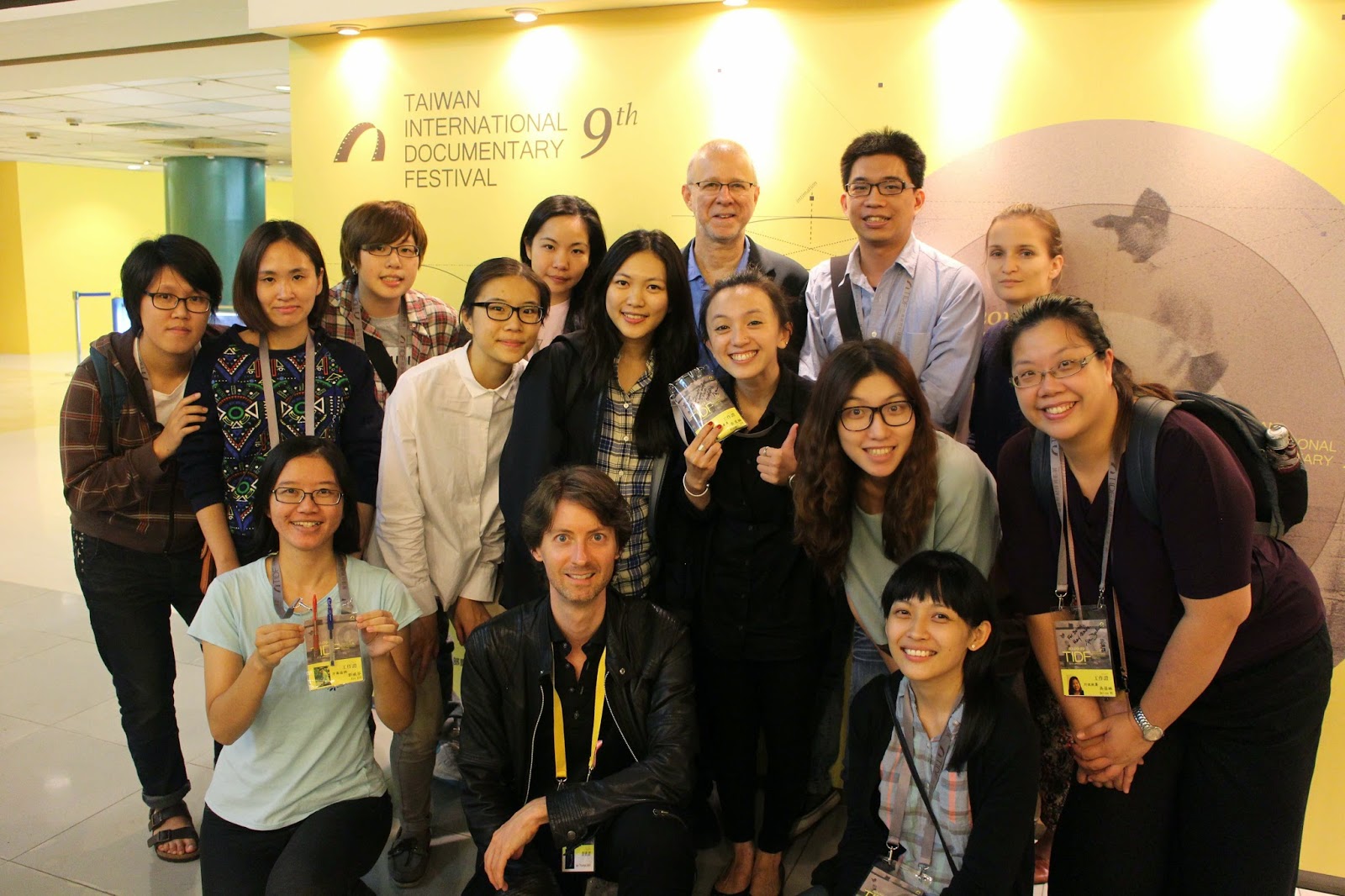 "Did you see anything good?" I am often asked after returning from a film festival.  Yes, I see many good films, but I find it hard to write about them; not only am I not a film critic, but watching sometimes as many as 5 feature films in a day plus attending industry gatherings, it's difficult to find the time to write about the films while they are still fresh in my mind.

From the past week, however, there are a couple of films that I would like to mention here.  "First Cousin Once Removed" (2013) WEBSITE, the newest film by iconic documentary film director Alan Berliner, about his cousin who is suffering from Alzheimer's disease, is absolutely brilliant and was screened before a sold-out crowd in the 400+ seat Shin Kong Cinema (photo BELOW).  This film IS documentary.  End of story. 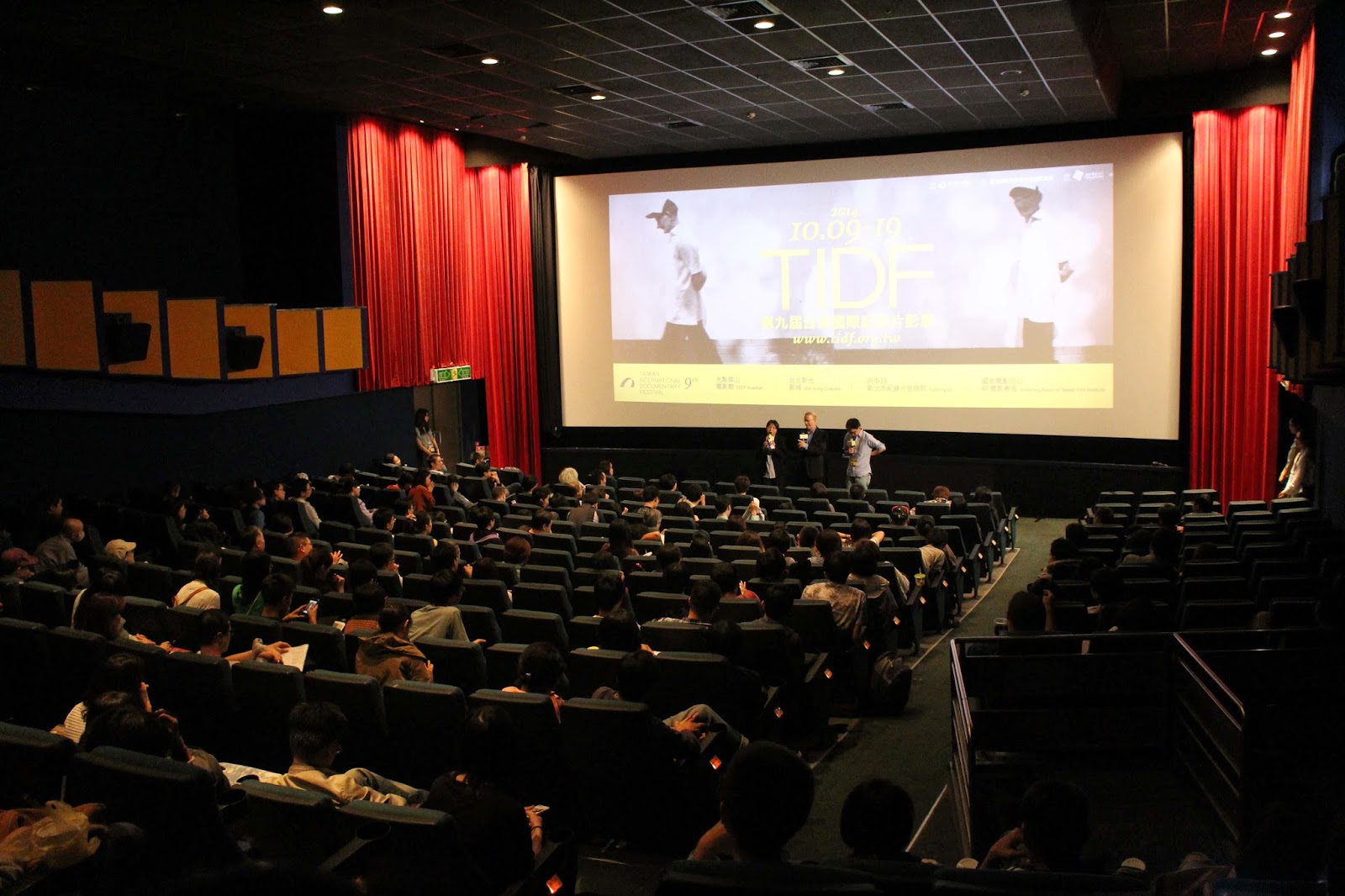 I was also captivated by the film "Amsterdam Stories" (INFO), about the 16 cities in the US named Amsterdam or New Amsterdam.  At a whopping 360 minutes, the festival only screened "Part 1: EAST" (95 minutes), but even on its own, it was intriguing!  I very much look forward to seeing the other parts of the film someday.

Returning to the work of Alan Berliner for just a moment, TIDF featured nine of the filmmaker's works this year (INFO), and it was a wonderful opportunity to see his masterpieces on a big screen, each followed by an in-depth Q&A.  "Nobody's Business" (1996) WEBSITE, "Intimate Stranger" (1991) WEBSITE, "The Family Album" (1986) WEBSITE, "City Edition" (1980) WEBSITE and others, are an absolute must-see for anyone interested in documentary film.

The week culminated in a standing-room-only masterclass (INFO) given by the director himself on Saturday.  Absolutely inspiring.

I am now home, but there will be no rest for the wicked.  I am catching up on work at my *new desk* this week (more on that later), and then the domestic screenings of 'A2-B-C' (website ENGLISH/ 日本語) continue.  Two screenings outside Tokyo in Chigasaki on Friday (茅ヶ崎上映 INFO 日本語), then flying down to Wakayama for screenings on the weekend (和歌山上映 INFO 日本語).  Then next weekend I will be flying to Kyushu for screenings in Fukuoka and Oita over the three-day holiday weekend (福岡市上映 INFO 日本語、大分市上映 INFO 日本語).  The full schedule in Japanese of domestic theatrical screenings, including the upcoming roadshow in Mie Prefecture can be found here: 三重県含め劇場公開 INFO and more about private screenings here: 自主上映 INFO.
Posted by Ian Thomas Ash at 7:53 pm