Camera Japan (CJ) is the only festival to have screened four (and with "Sending Off, now five) of my films (list below, which includes "Boys for Sale" on which I served as Executive Producer).  I attended the festival for the first time in 2017 where I had a wonderful time (STORY). 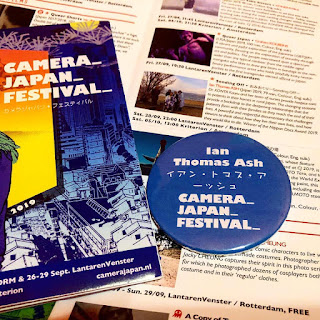 The post-screening Q&A was led by CAMERA JAPAN Festival’s Alex Oost.  I was thrilled that Leiden International Short Film Experience‘s Yara Yuri Safadi and Dianna Kasen were in attendance; they programmed my short documentary “The Father’s Love Begotten”「父なる愛生せば」and held the World Premier in April of this year (STORY).

I am so grateful for all of the support and encouragement from so many festival programmers, staff and audience members. 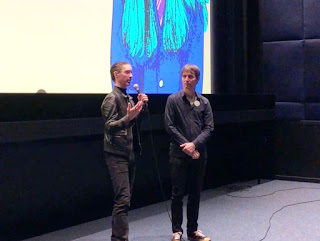 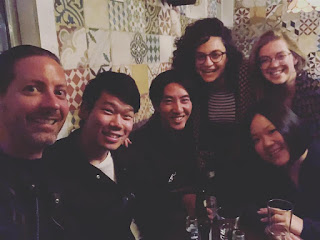 
"Emotionally charged... makes us question our own attitude towards death and aging."
"Takes away the fear of death." 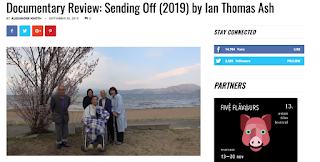 After counting all the votes in Rotterdam and Amsterdam, Fly Me to the Saitama stays at the top of the rankings ahead of Sending Off, a powerful and respectful documentary about the end of life from director Ian Thomas ASH.

Honoured to be in second place in the audience poll behind the big budgt and extremely well-supported blockbuster "Fly me to the Saitama". 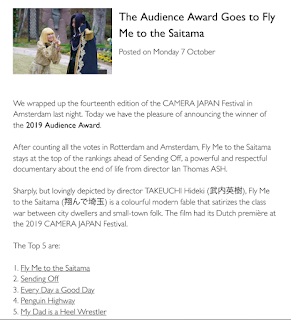