When I learned my new documentary “Sending Off” had been selected to screen in the Newburyport Documentary Film Festival, I was excited: screening my film “A2-B-C” there in 2013 (STORY) was a wonderful experience, and I was honoured to hold the North American Premier of “Sending Off” there this year.

While making travel plans, I decided to try to plan a layover in the DC area to see family either before or after Newburyport, which is outside of Boston. I asked my sister, Amanda, if she would be around during those dates, but she said she would be away to attend a religious conference. Disappointed, I asked where she would be.

“Boston,” she replied, asking “Where is the festival?”

Our mother had been a member of the The Society of the Companions of the Holy Cross for nearly 30 years until she died in 2008, and she had wanted half of her ashes to be buried at Adelynrood in the Pine Grove (the other half of her ashes I had interred in Wales in 2009, the year after she died).  Since 2008, my sister had kept the remaining half of her ashes in the teapot in which our mother had made tea every morning for decades, the delicate pattern on the handle worn from years of loving use but with a hairline crack that rendered it no longer suitable for making tea.

The reason we had not interred our mother's ashes for so long was because Adelynrood was far away (8 hours by car from my sister's home) and also perhaps because my sister had not yet been ready.  In the years since our mother died, Amanda had herself become a Companion, and this visit to the retreat center would be her first.  Things had come full circle and the timing seemed right, and so my sister began the process for arranging the internement.  The Companion in Charge decided it would be best to hold the burial on Thursday, September 12, and by coincidence, the Newburyport Documentary Film Festival, where the North American Premier of my film "Sending Off"ー about death and dyingー would begin the next day (INFO). 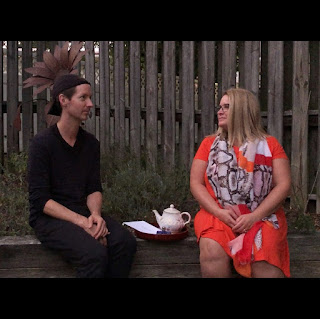 After arriving in Maryland, I asked Amanda if I could film our conversations about interring our mother's ashes and the preparations we were undertaking to do so.  I had filmed something with my father last year (READ), that while not exactly similar, I thought might be complimentary.  My sister and I had two days together to prepare everything, including answering an important question we both had had independently about our mother's ashes.  But I will wait to reveal what that was for the film...

We then packed up the car, including the teapot with our mother's ashes inside, and set off for Massachusetts.  Our last epic road trip with our mother had begun. 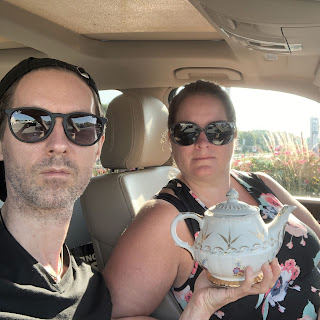 After arriving at Adelynrood, the retreat center for The Society of the Companions of the Holy Cross, we checked into our cottage, and my sister and I placed the teapot with our mother’s ashes inside on the fireplace mantel. 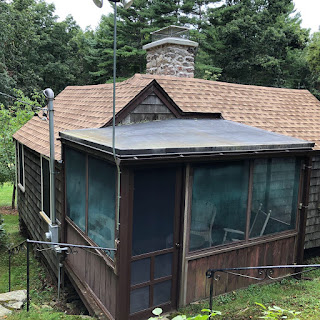 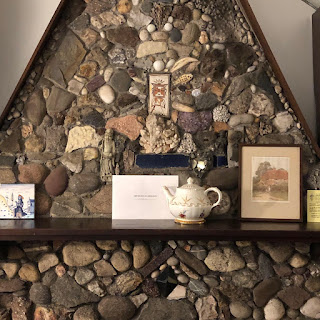 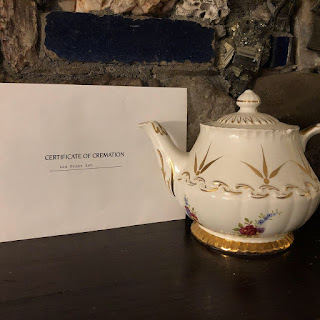 We attended chapel services three times a dayー Morning Prayer,  Noon Intercessions & Thanksgivings, and Evening Prayer.  The afternoon of the internment, Joy, from the chapel committee, came to the cottage to collect our mother’s ashes. 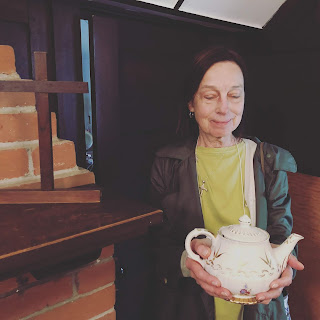 In the chapel, our mother’s ashes were transferred from the teapot where they have rested for the past eleven years into a lovely Shaker box. To my eyes, the box somehow looked somehow so Japanese. 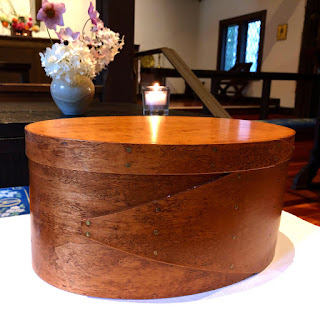 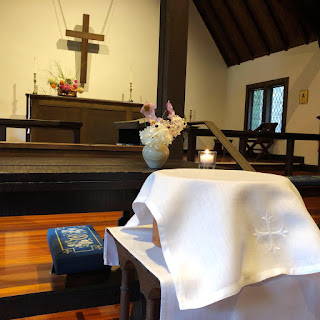 As the service began, I carried my mother’s ashes in the Shaker box covered with a white cloth as we processed from the chapel to the Pine Grove where the attending Companions had gathered for the internment. During the service, I placed the ashes from the box directly into the ground. Ashes to ashes, dust to dust. 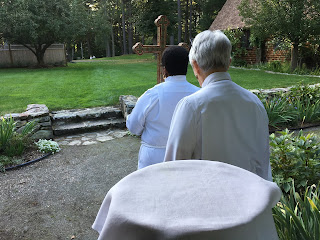 After the service, I filled the now empty teapot with water and poured it into a bed of purple flowers in the Garden of Forgiveness just outside the chapel, ensuring any ash remaining in the teapot was returned to the earth. 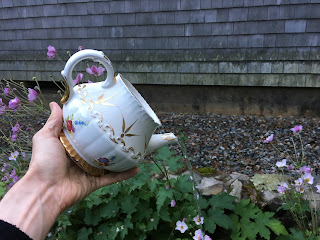 The day after the internment, my sister drove me the six miles to Newburyport to attend the film festival.  The timing was indeed poignant. 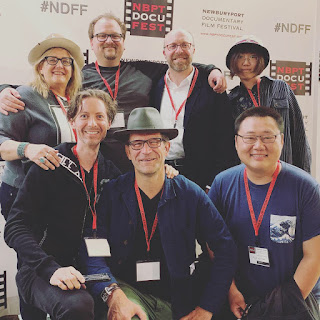 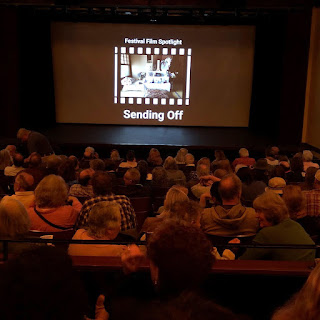 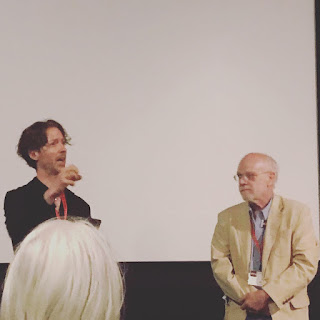 I was humbled by the wonderful audience and amazing Q&A following the screening of “Sending Off” and so grateful that my sister could be in attendance with 15 of her Companion friends, many of whom had been at the internment several days earlier. 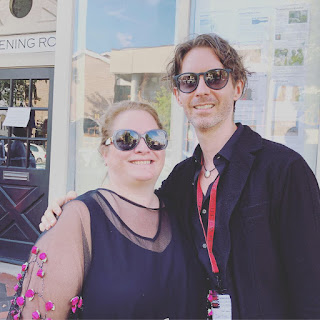 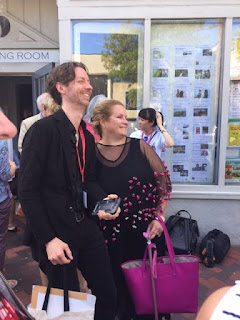 After the Newburyport Documentary Film Festival ended, I spent one last night at Adelynrood with Amanda. We attended Morning Prayer and Noon Intercessions & Thanksgivings, and then packed up the car, including our mother’s now empty teapot, setting off on the 8-hour drive back to Maryland.

"Sending Off" will be screening next week in Holland (INFO) and Austria (INFO), so while I have just returned home to Japan from the US, this will be a quick turn around: I have just under two days to prepare before leaving for Europe.

And meanwhile, the Guam Premier of "Sending Off" in the Guam International Film Festival has also just been announced (INFO)!

(This blog is expanding on THIS Twitter thread I posted last week).
Posted by Ian Thomas Ash at 11:30 pm

I am so moved by your story Ian. I know Amanda & Ernest, as Donna Freeland Shafer is my long time friend dating back to high school. We knew, and loved, each other’s parents. My mother passed 2 years ago at age 97. She had always longed to go to Africa as she loved zebras, lions, tigers, and everything related to that country. Well a dear friend of ours was taking another trip to Africa, & said she would love to take some of Ruby’s ashes with her. So now my dear sweet mom is finally in Africa. The ritual along with pictures of placing her ashes is a dream come true for my mom, and for me as well. Thank you for sharing your journey with Amanda.