Peace be with you.

My sister and her husband, Ernest, extended their coincidentally planned vacation last week for a few more days so that we could see each other.  But the coincidences didn't end there!

While Ernest was helping me establish a Facebook page ... yes, they are bringing me over to the DARK side...he saw a message from Shawn Small, the director of "Ru: Water is Life" (website), one of the films I blogged about yesterday.  It turns out that Ernest and Shawn know each other!  Amanda and Ernest joined me at the World Premier of "Ru: Water is Life" tonight. 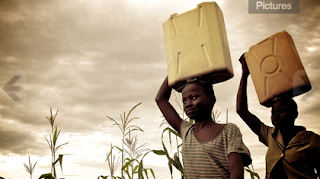 "Ru: Water is Life" is GORGEOUS.  Not only are the shots beautiful, but the narrative is so masterfully simple.  I'm not a film critic, so I'm not going to start writing a review here, but I will share with you that over beers at an Irish pub after the film, Shawn told us about the great and many places this film is going.  I am very much looking forward to following the path this amazing film takes and all of the much-needed attention it will draw to an issue that many of us never think about: clean drinking water. 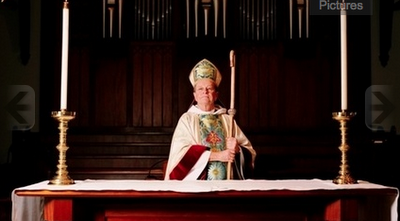 One of the other film screenings we attended last night was "Love Free or Die" (website), about the first openly gay Anglican Bishop, Gene Robinson.   This is an issue that has affected the church directly since Gene's consecration in 2003, and it is hard to believe that the church will be entering the 10th year of direct debate (although it has been an indirect issue for many, many years longer).   And this film serves an important historical document as to how the Anglican church has begun to address it.

From a filmic standpoint, "Love Free or Die" is skillfully-crafted, and I was particularly moved by the way the sensitive was in which it was edited.  An 'issue-based' film like this can sometimes feel very 'preachy' (pardon the pun), like it is 'preaching to the choir' (clears throat), but this did not.  The story was just allowed to unfold; aided, but not coerced by the filmmakers, like a book opening almost by itself with the words revealed for the reader not to be read to, but for the reader to read for him/herself.