MUST SEE movie about BREASTS!!!

Now that I have your attention...

My new documentary, '-1287' (WEBSITE) is about a lot of things: friendship, marriage, life, breast cancer, death.  It has been a long journey; filming began more than six years ago, although my friendship with Kazuko, the film's subject, began much earlier.

This film began when my friend Kazuko told me she was dying.  Her doctor had given her a timeframe of just three or four years left to live. We talked often during her final years, and I eventually asked her if we could film our conversations.

For nearly four years, we discussed love, friendship, marriage, raising children, money... and of course, life and death. While at times she seemed to struggle with knowing that she was going to die, she also knew that she had no time to waste.

I was intrigued by the ways in which Kazuko’s thinking and the way she described those thoughts changed over time.  And I was deeply moved when she shared with me what the process of making the film itself had meant to her, particularly in the last months of her life.  Shortly before she died, Kazuko whispered to me, “I never thought you would come this far with me.”

When I was visiting Kazuko, the filming gave us something to do together, to focus our energies on. Often when we are visiting someone in the hospital it can be uncomfortable because we don’t know what to say.  Conversations might focus on the weather or other inconsequential topics, as many times it’s easier to avoid the things that most need to be discussed.  When Kazuko and I filmed our conversations during these visits, something bigger than either of us was being created.  In retrospect, I think this must have been palpable to everyone around Kazuko, because although I never once asked permission to film in the hospital, no one ever questioned what we were doing or asked us to stop.

Immediately following Kazuko's death, I worked almost exclusively on editing the film. I found that the process of piecing together her story somehow helped me to sort through my difficult feelings of sadness.  I’ve learned so much through my friendship with Kazuko and through the making of this film. My hope is that it will hold deep meaning for those who watch it and that they, too, will learn something from Kazuko and her story.

The World Premier of '-1287' will be in London's Raindance Film Festival on October 1 (screening again on October 3, info HERE).  By complete coincidence, October 1 is also the first day of Breast Cancer Awareness.  As such, we felt it was appropriate to use the screenings as an opportunity to help raise awareness about breast cancer, and our efforts were led by the film's producer, Sarah Lushia.

In addition to curating a "Beyond" on the film's website (HERE), Sarah also led a team of volunteers to make pink ribbons to give out at the screenings.   And on the The Estée Lauder Companies’ Breast Cancer Awareness (BCA) Campaign, Sarah wrote about what meeting Kazuko through the film meant to her (HERE).  She even had a pin made for me to wear at the screenings (PHOTO below). 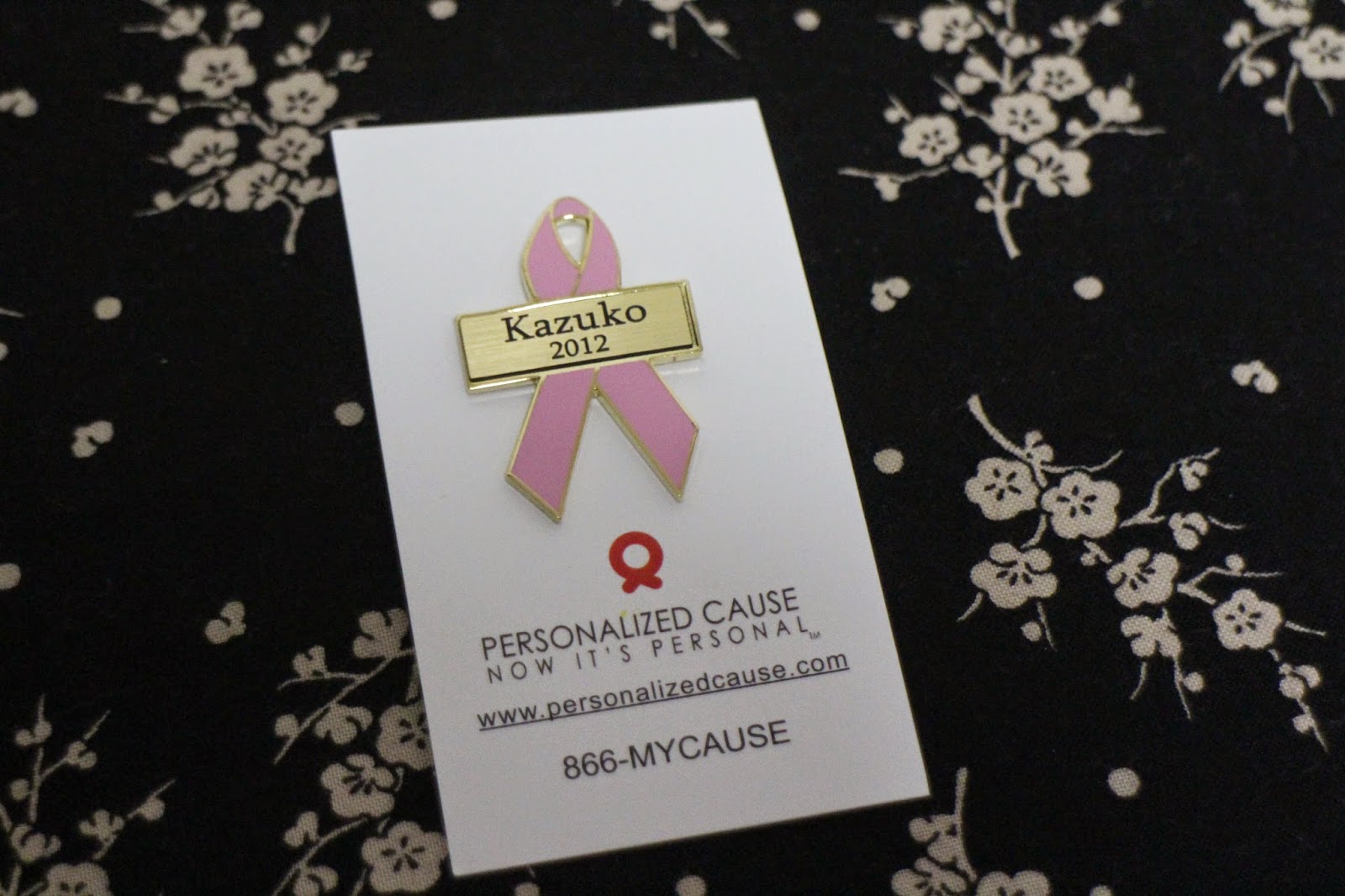 Certainly since my work documenting the situation for children living in contaminated areas of Fukushima, but really from my earliest films dealing with issues of drug abuse and homelessness, I have been seen by some as an activist filmmaker (which I also wrote about HERE)     I find myself repeatedly proclaiming "I am NOT an activist filmmaker".  And I'm not.  I'm just a really active filmmaker.

And as such, I will close this blog, just another in a long line of blogs I have written in the past year while at the airport waiting for a flight to a place where I am honoured to travel to and share one of my films.  More from London... 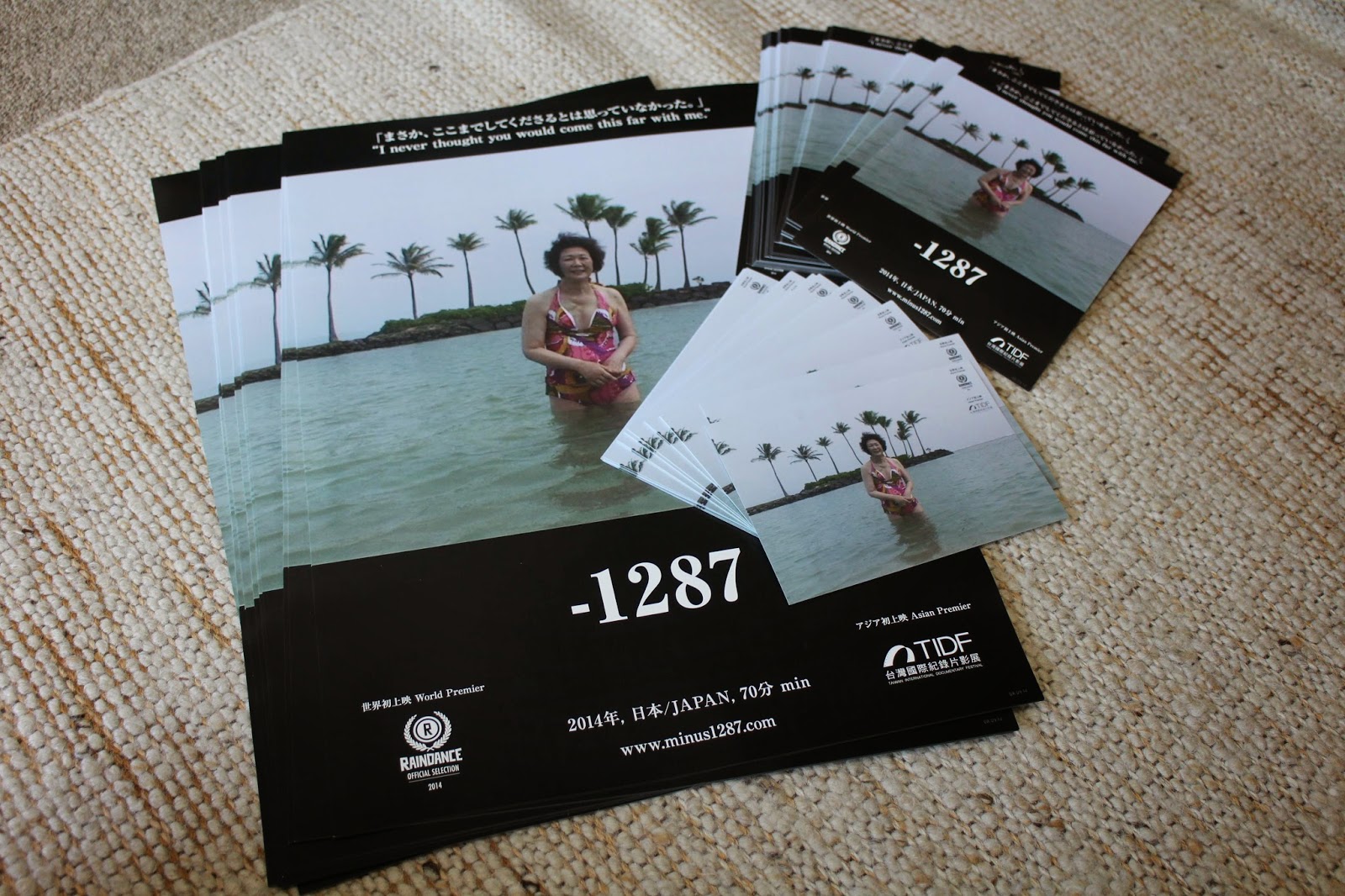