At the festival, lunch and dinner are served daily in the Speaker's Lounge, and the all-vegetarian dishes and freshly baked nan are amazing. 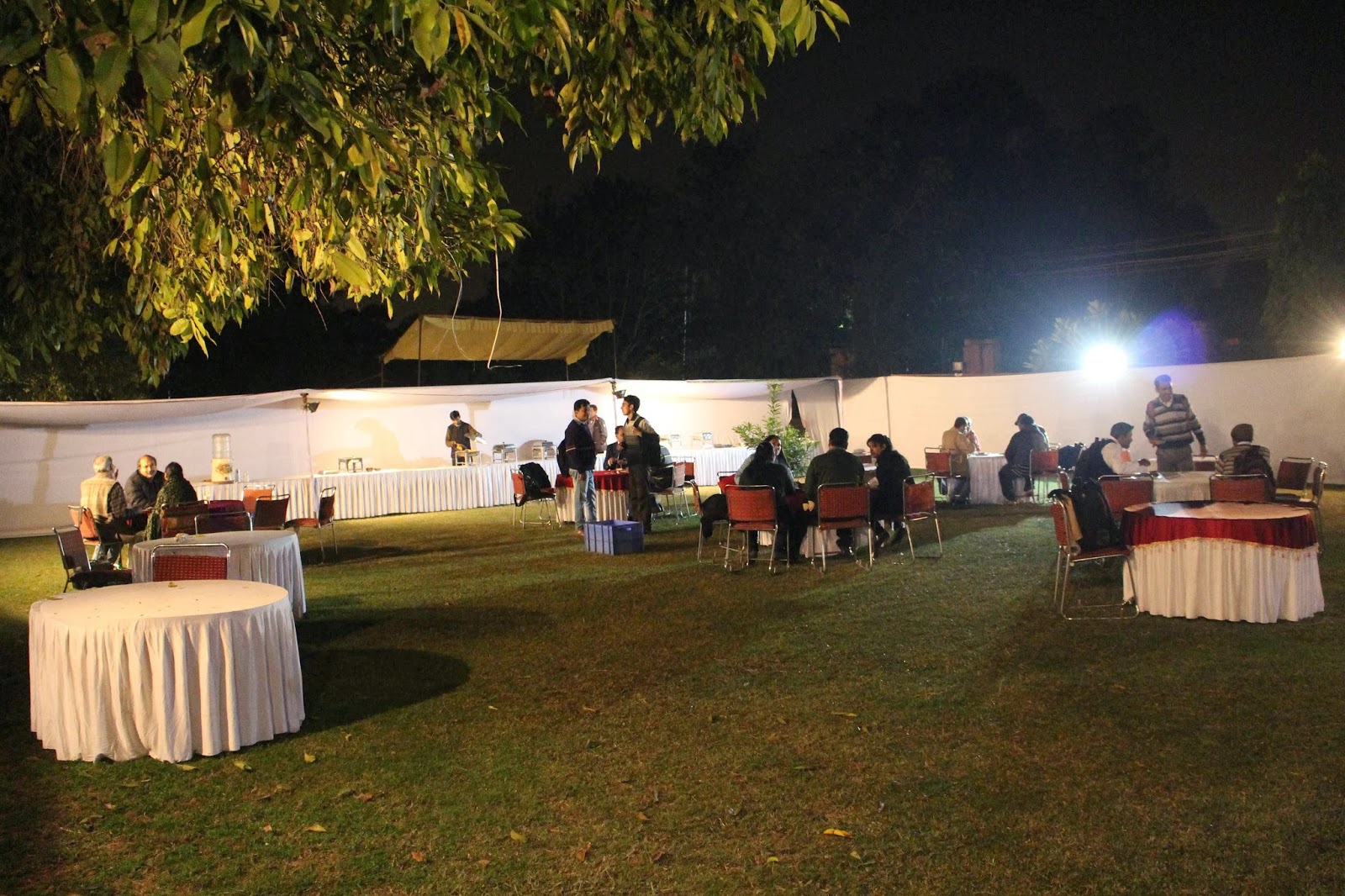 Walking toward the Speaker's Lounge for dinner on the first night, something had caught my eye: behind the curtain that separated the lounge area from the rest of the lawn was a group of men huddled around a fire laughing and smoking.

Passing by before dinner the second night, the men warming their hands against the chilly evening by the fire again caught my attention, and I just had to go over and see what they were doing.

When I reached them, I found that I was in the middle of an outdoor kitchen and these were the cooks that had been providing all of our meals.  They gestured for me to join them by the fire, and handed me a cup of spicy milk tea. 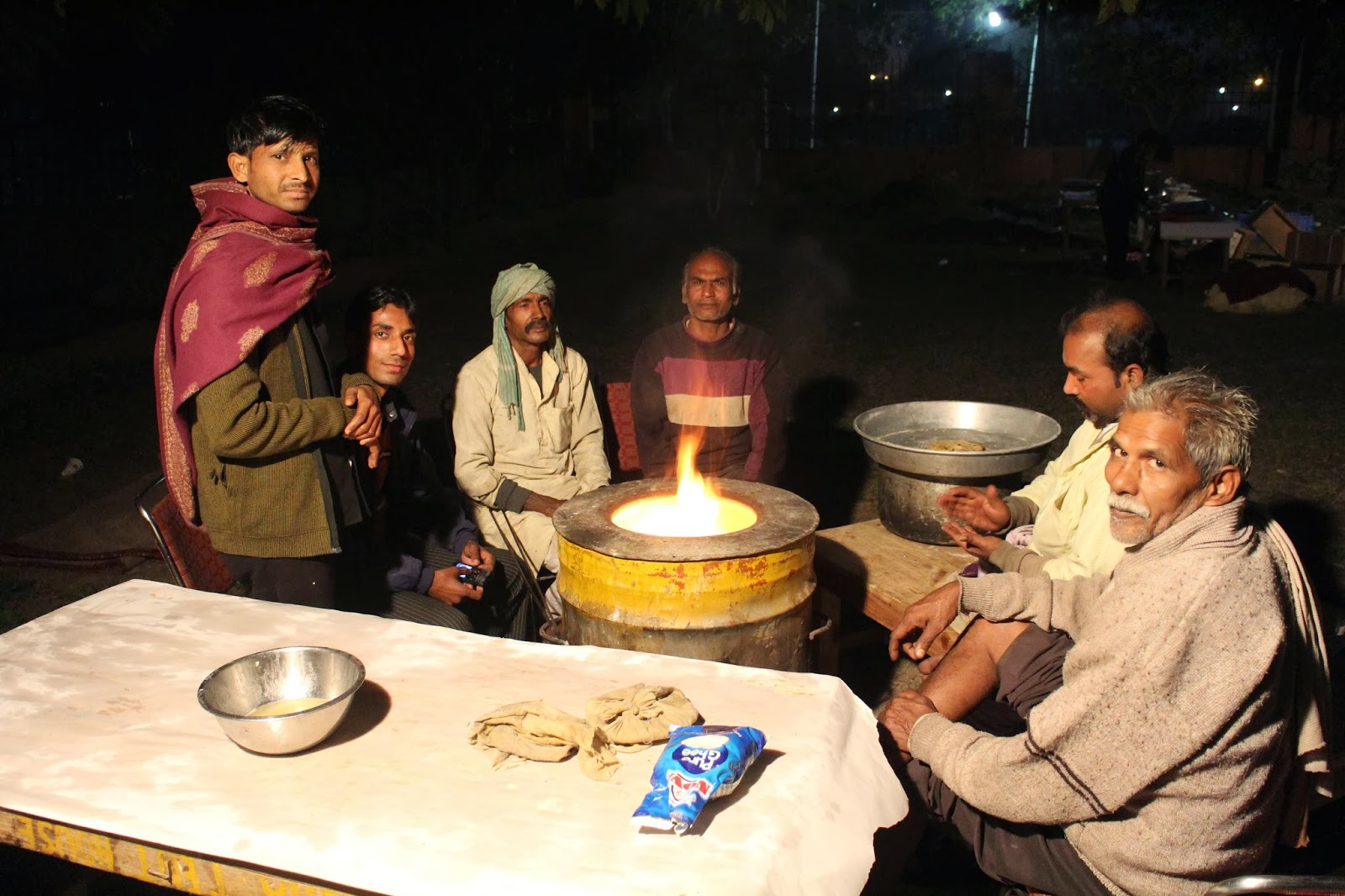 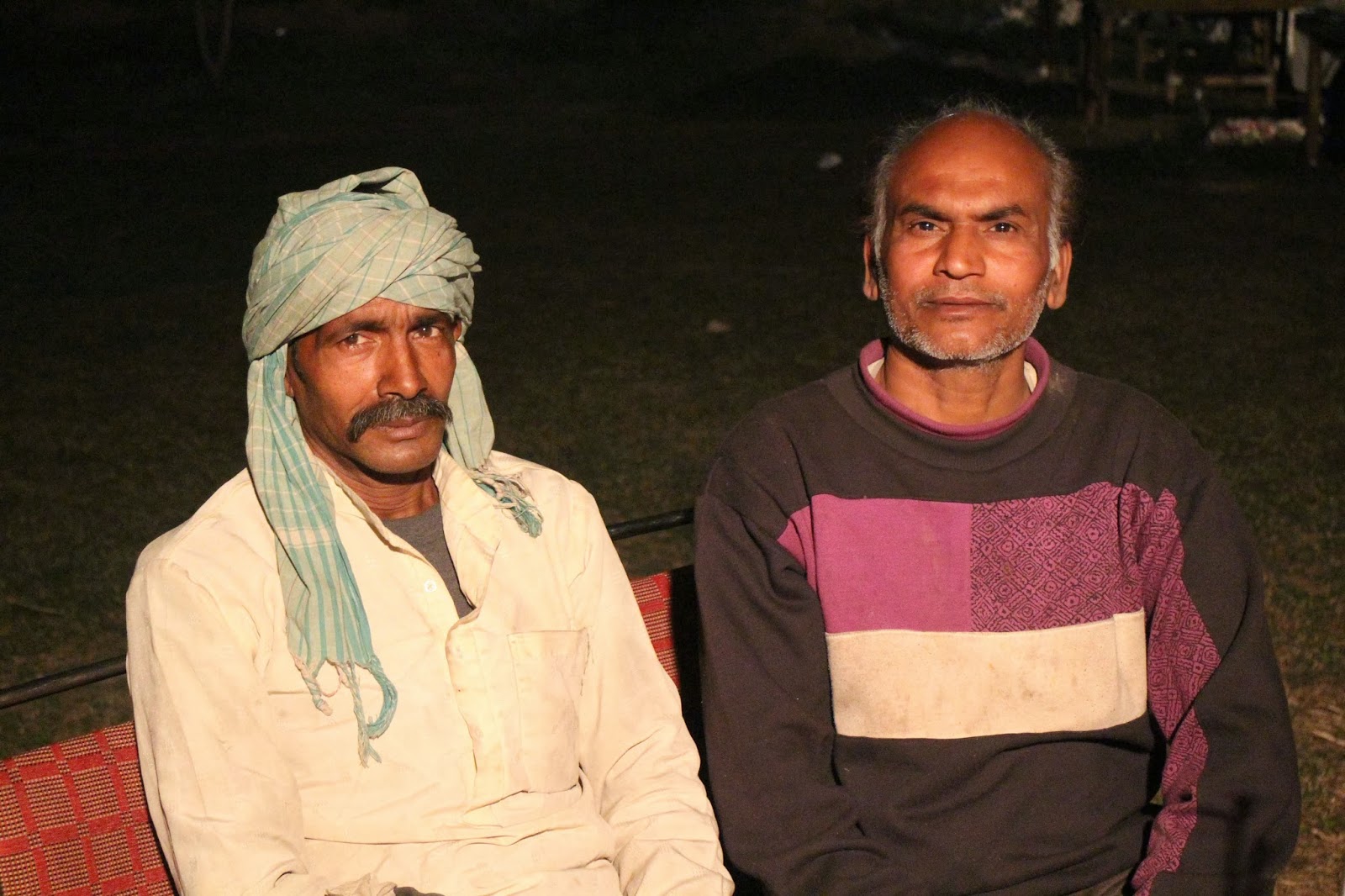 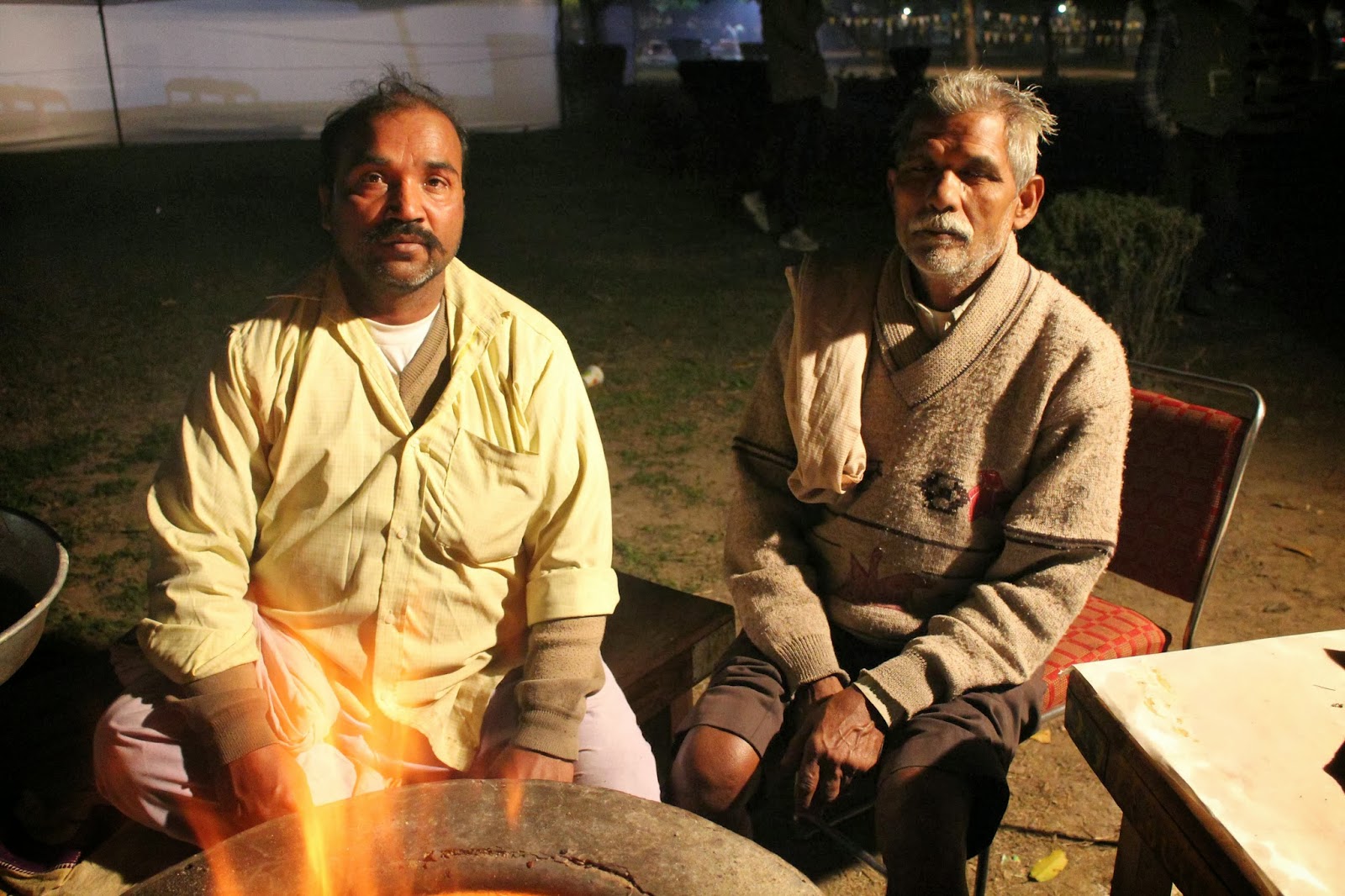 Soon, the men started moving about, and I realized it was almost time for dinner.  They worked in pairs, two of the older men heating various curries of bean, cheese and potato, while the two young men carried the food through the curtain into the lounge.  The other two men prepared the nan, revealing that what I had thought was simply a fire to keep them warm was actually an oven.

The men took turns rolling two kinds of dough into balls which they then flattened.  Using a wooden paddle, they flung the dough onto the inside wall of the oven where it stuck.  When it was done, they peeled them off and stacked the freshly baked nan onto a tray which one of the young men brought to the waiting film directors and dignitaries who were dining inside the lounge.

One of the men gestured for me to put my camera down.  Worried I was getting in the way, I was relieved (and grateful!) when he placed a piece of nan right from the oven into my freed-up hands.  Mere seconds from the time it had left the oven until it was in my mouth, it was the honestly the best nan I have ever had. 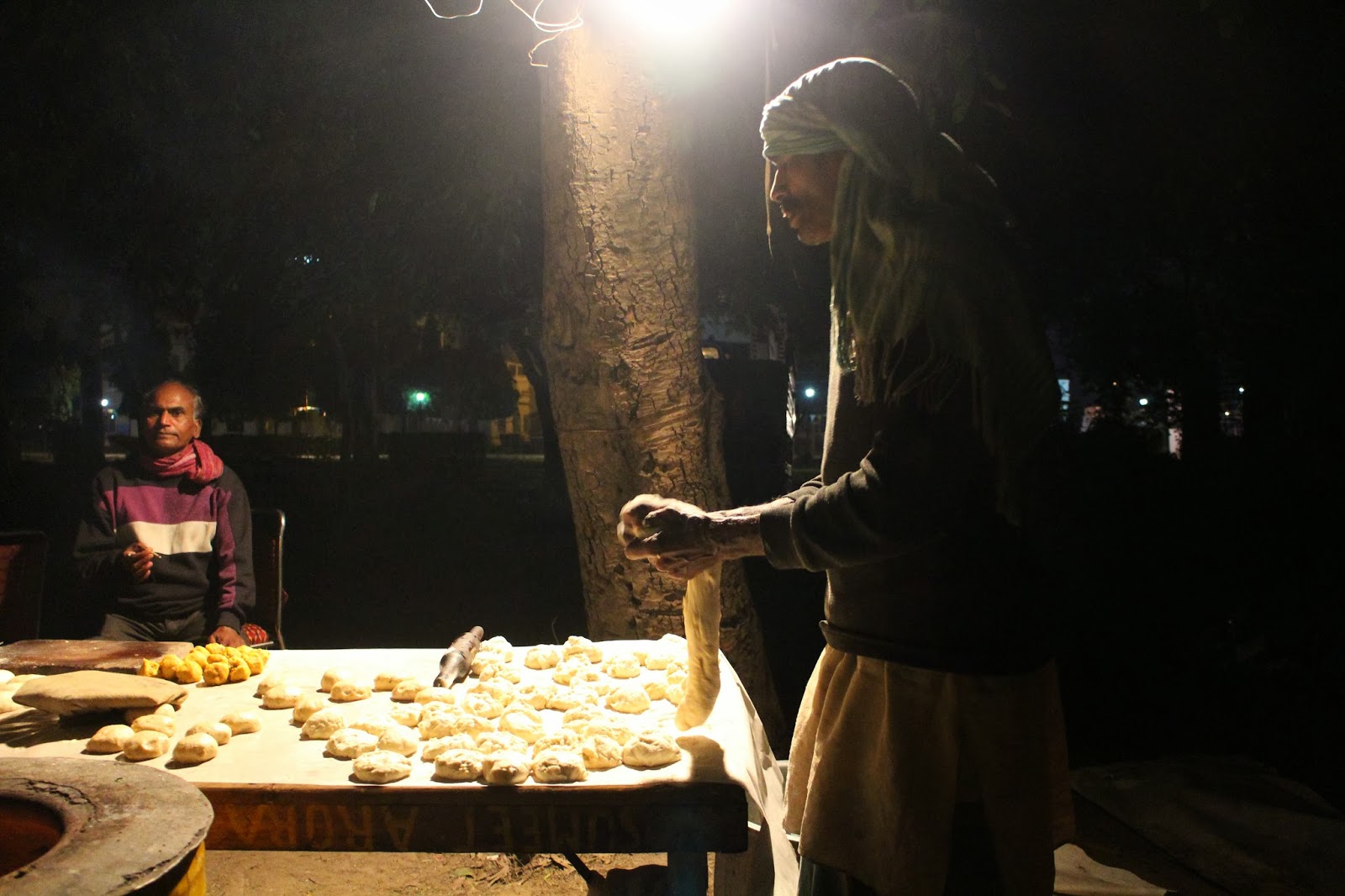 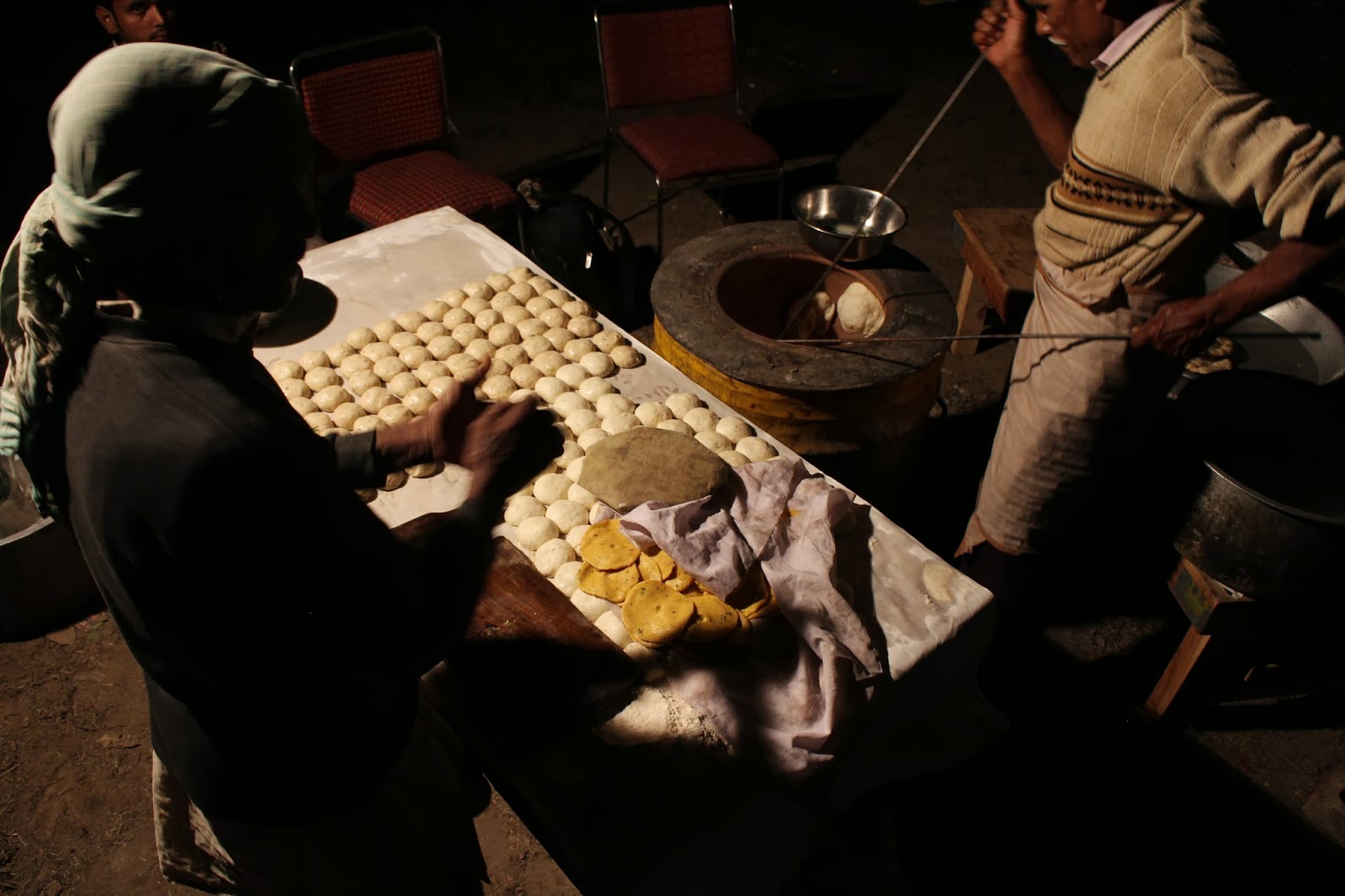 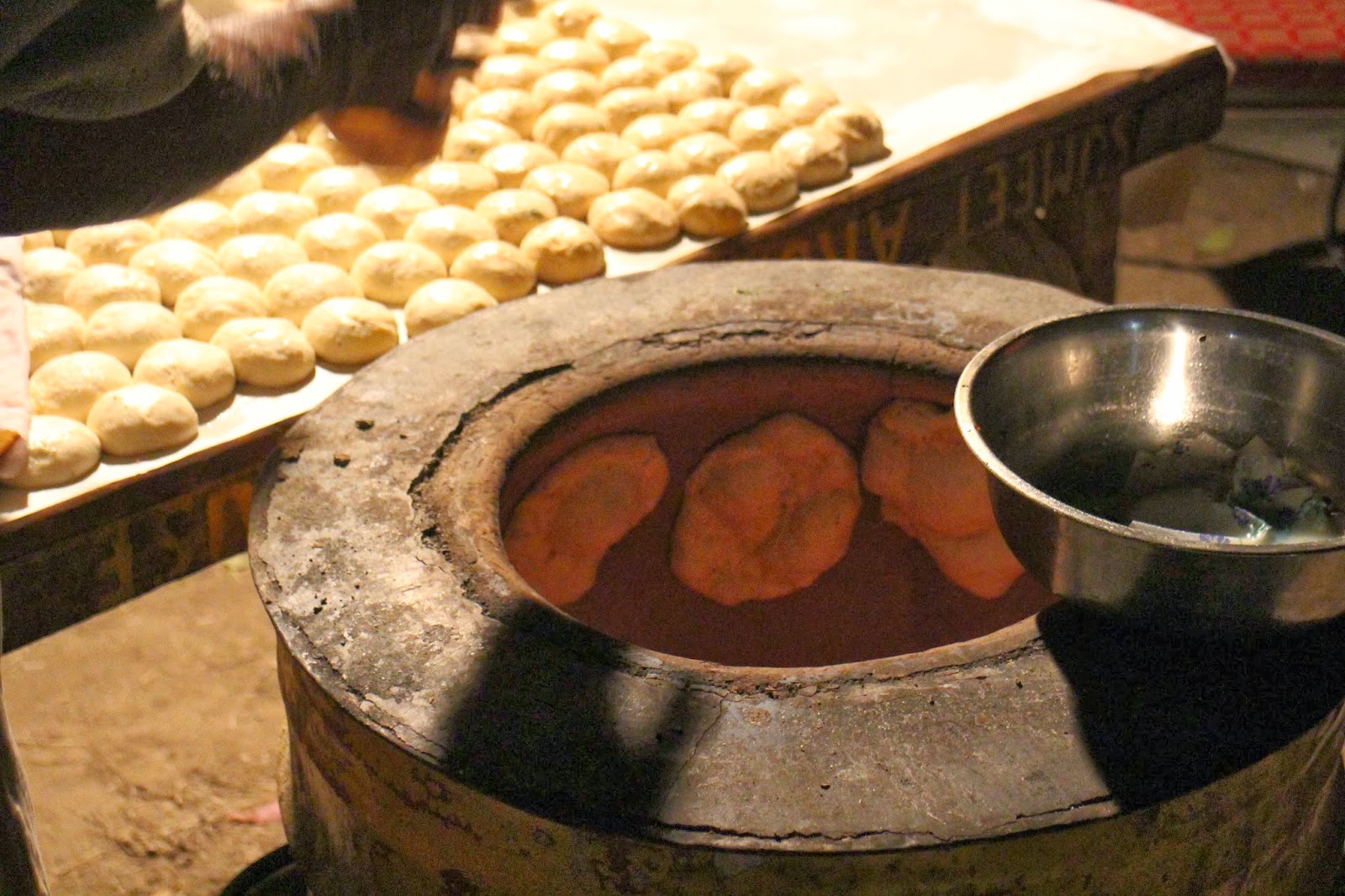 One of the men who was preparing the curries brought over little tins of the savory dishes which I gratefully scooped up with warm nan.  This was the same food that was being served on the other side of the curtain, but somehow it had never tasted so good, so real as it did right then from the seat next to the oven surrounded by the men who were working together to provide this feast. 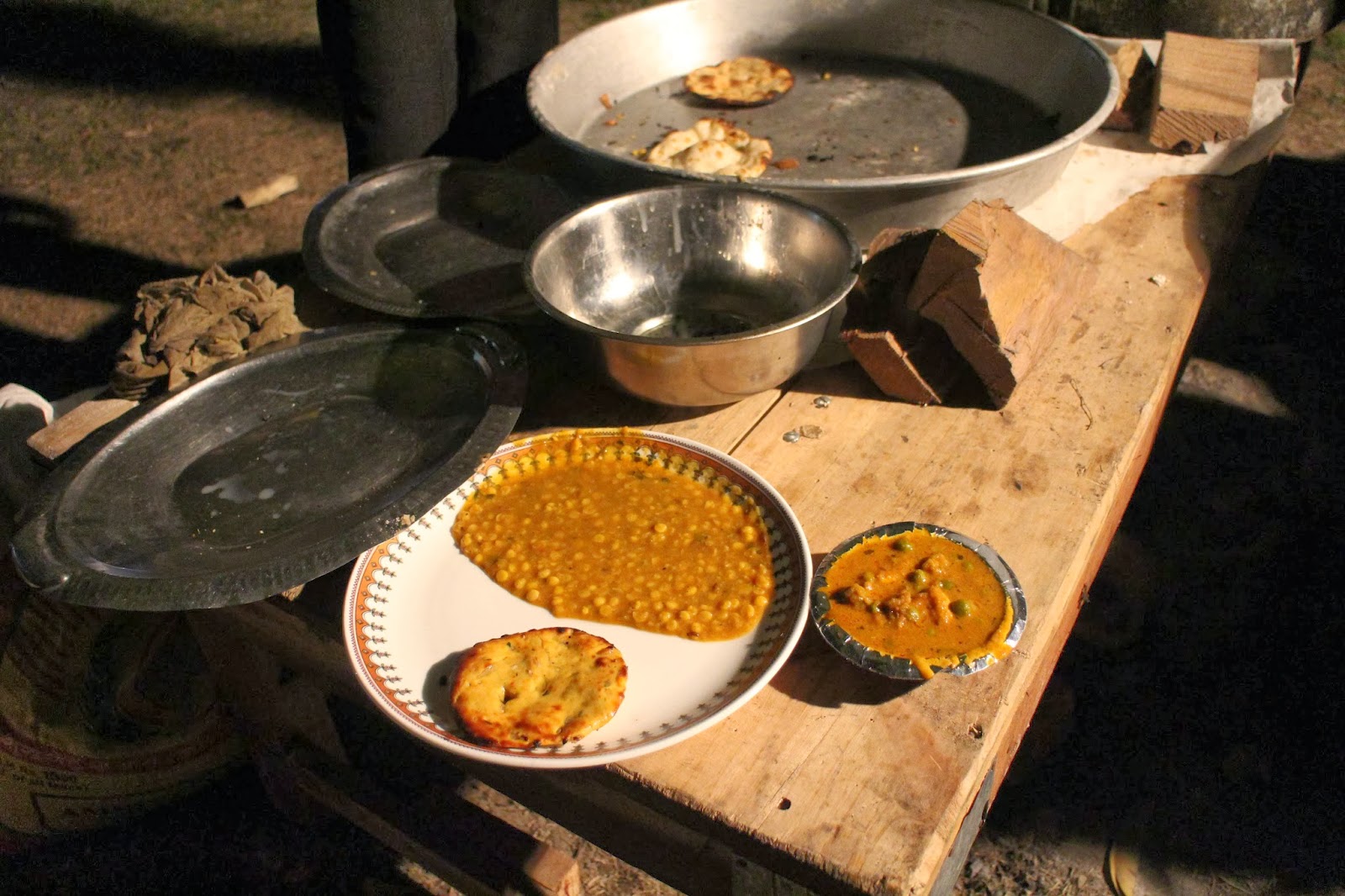