Fukushima to Chernobyl and back again

There was a single purpose in coming to Kiev: to visit the Chernobyl museum.  Driving to the museum on the way from the airport, it is clear that one could spend weeks in this gorgeous city with its majestic churches and amazing architecture, and still not be able to see it all.

The Chernobyl Museum (WEBSITE) is located in a former firehouse, although I would have said it had once been a church, even more so after entering. 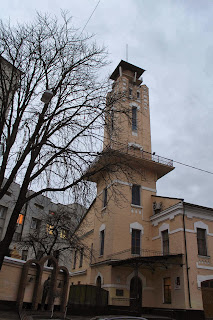 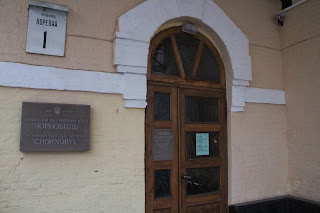 Once inside, the first exhibition that visitors encounter depicts the nuclear tragedy in Fukushima.  This is where I met Anna Korolevska, the scientific director of the museum.  Anna guided me through the exhibition, drawing connections between the two nuclear disasters of Chernobyl and Fukushima, and why it had been so important to her to create this exhibition.  Some of the exhibition depicts the struggle to maintain festivals and handcrafts from the Fukushima area; this struggle to retain one's cultural identity in the wake of a nuclear disaster is one that continues for the people evacuated from the Chernobyl area.

(A 3D tour of the museum, including the exhibition that was previously displayed in this space, can be found HERE.) 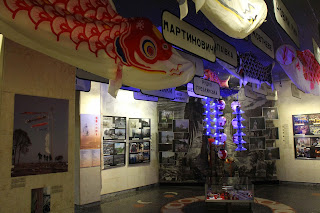 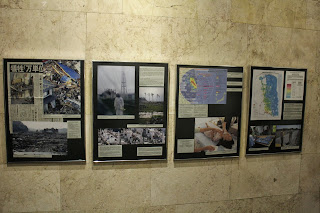 The exhibit about Chernobyl itself is housed on the second floor of the museum and is separated into three main parts.  The first tells the history of the accident, including the story of the "liquidators" and so-called "biological robots", the men who did work in an environment so harsh that even robots could not survive. 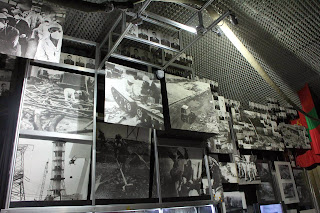 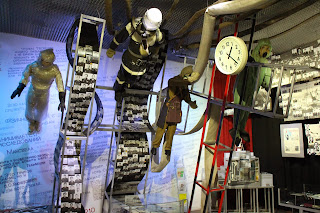 In the next room, there are several artistic interpretations of the Chernobyl disaster.  One that particularly struck me was of a withered apple tree, a few photographs clinging to its branches and the rest scattered around its base.  Anna explained that the apple trees, symbols of life, had been destroyed by the radiation, and the photographs represent the lost and misplaced generations of the people from the Chernobyl area. 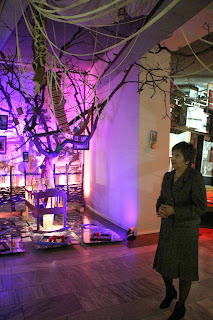 The affect that the Chernobyl accident has had on the international community is felt in a display that holds messages of support and peace from friends all over the world.  Prominently displayed is a Peace Pole, with the words "May Peace Prevail on Earth", created on initiative from the World Prayer Peace Society in Japan.  It was installed in the museum on the eve of World Peace Day, April 22, 1996.  To the right of it can be seen the display about the atomic bombings in Hiroshima and Nagasaki. 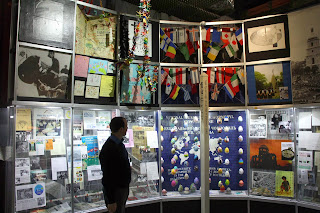 The main exhibition hall feels more like a house of worship than a museum.  There is a peace that is within this space.  When I remarked on this, Anna said that many religious leaders from various religions come to the museum specifically to be in this room to sit and reflect.

I was particularly drawn to the icons that watch over the entrance to this space. 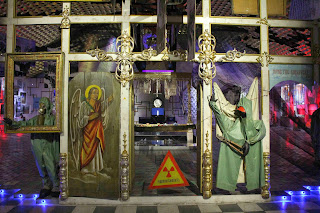 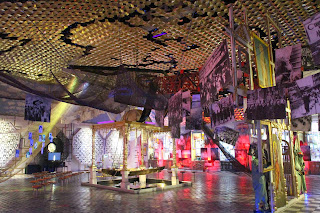 At the back of this sanctuary is an over-whelming shrine to the children who are the victims of Chernobyl.  The impact of Chernobyl, and of Fukushima, will be felt for generations. 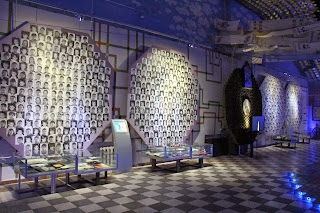 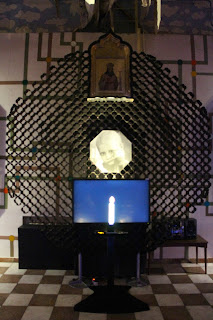 Since the beginning of the disaster in Fukushima, the focus of my work has been on the children.  Before I came to Kiev, I sent Anna a copy of 'A2-B-C'.  She wrote back, accepting my request to meet, and honoured me with the following words about the film:

I was watching the film very carefully, came back and watched some fragments again and again.  I think that your film is very important for the Japanese, and for the citizens of all countries of the world.  This problem has no borders, it is relevant today for all the inhabitants of the planet.

Anna is in the process of planning a new exhibition about Fukushima and has asked for my films and photographs.  It is with great humility that I have gratefully accepted this honour.

Leaving the museum, I walked back through the Fukushima exhibtion and was suddenly struck by a branch of cherry blossoms.  The apple blossoms and the cherry blossoms: both symbols of life and its fragile beauty.  We are the same people, sharing the same planet home. 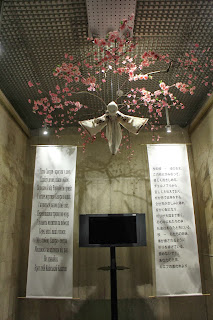 It is now night at the Chernobyl museum, and a mother and child are keeping watch nearby. 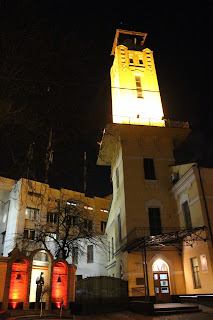 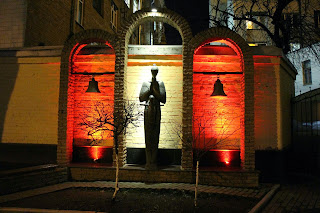