Back from the second leg of the world tour of 'A2-B-C' two nights ago, I had just enough time to grab some clean clothes (and a warmer jacket!) before I took a bullet train yesterday morning to Nagoya for more domestic screenings of the film.

The PIA Film Festival, during which the Japan premier of the 'A2-B-C' was held in September (INFO), goes on tour to cities around Japan with a selection of films from the main program, and this week it is playing in Nagoya (INFO).

There was a great turnout for the screening today which took place at the Aichi Prefectural Arts Centre.  It was wonderful to see festival director Keiko Araki, to whom I am extremely grateful for the support, advice and encouragement she has given to me since the film's world premier in Germany nearly six months ago (INFO).

Perhaps I was more jet-lagged than I realized as during the post-screening Q&A, I was less than articulate at times, and at one point Araki-san even gave me a friendly jab, saying, "What is wrong with you today?" 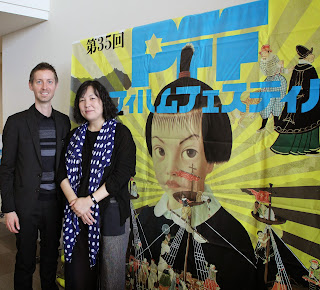 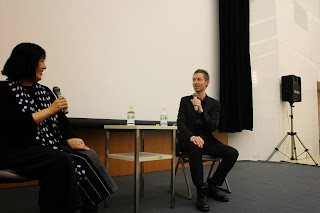 Following the screening, I was interviewed by a group of students from the Nagoya Visual Arts School for a class project.  It was exactly 10 years ago that I was working on my MA in filmmaking, and seeing this fresh-faced group of young filmmakers in action gave me a wonderful feeling of nostalgia.

The students asked me if I had any advice for them, and I struggled to give them an answer.  I certainly don't have this "filmmaking thing" all figured out, and I wasn't really sure what to say.  In the end, I simply said, "Listen to the voice in your heart." 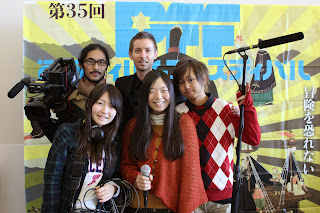 In the evening, I had the honour of speaking at Nagoya University at the invitation of Professor Hideaki Fujiki, whom I had the pleasure of meeting during last month's Yamagata International Documentary Film Festival (INFO).  The Visual Studies Network event (INFO) was attended by students from various departments, including film studies and philosophy, as well as several members of the public.

During the interview portion of the event, Professor Fujiki asked wonderful questions that caused me to think about my work in certain ways for the first time.  The floor was then given over to the attendees to make comments and pose questions, and the discussion that followed was lively and eye-opening.

For a filmmaker, there is perhaps no greater honour than to have an audience fully engage with his or her work, and I am extremely grateful for the opportunity that this experience gave me to think about what I do in different ways. 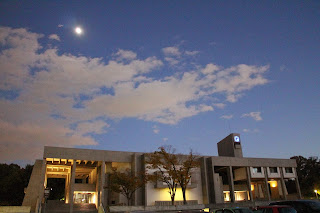 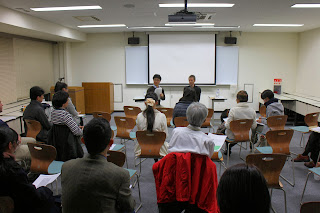 Back on the bullet train this morning, I looked out the window: there was Mt. Fuji steady and still, as each of us, speeding past, headed somewhere. 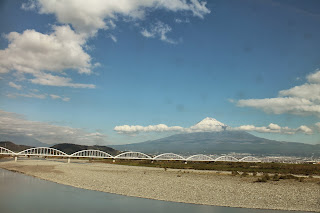