On Thursday evening, ‘A2-B-C’ (WEBSITE) was screened for the first time in Fukushima, for an all-invited audience of the participants in the film, along with their extended families, friends, and a handful of journalists.  For the first time ‘A2-B-C’ would be screened in Fukushima, and it was so important to be able to share the film with the families on a big screen in a proper cinema.  This screening was realized through the generosity of film distributor @Entertainment (photo with staff, directly below) and through the support of Tohoku University and of Forum Fukushima Cinema’s managing director, Mr. Abe Yasuhiro (photo, second below). 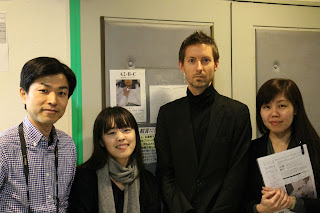 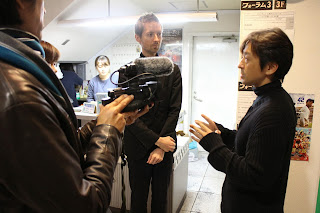 Following the screening, I had prepared a surprise: a 12-minute collection of the video messages from people around the world who had felt moved to offer words of support to the families affected by this disaster after seeing the film in one of the many festivals in which it has been screened.

Since returning from Raindance Berlin just two days earlier (INFO), the editing of this special program came down to the wire, and the first time that any of the staff involved in the event saw it was when it was screened in front of the packed cinema.

The reaction was intense and the sounds of crying echoed throughout the theatre as the words of support from people around the world were heard:

“You are not wrong to worry about your children.”
“You are in our hearts.”
“You have not been forgotten.”

It was an immense honour to present to the families these messages with which I had been entrusted, and later they told me how much the messages had meant to them, how knowing that there are people in the world who are thinking of them had given them strength.

The mothers had a surprise for me as well.  Mrs. Shima presented me with a pair of handsome cufflinks from the mothers, and then Mrs. Sugano spoke about what the experience of taking part in the film had meant to her and her family, and how she had put her faith in me and allowed me into their lives at a time when she no longer trusted the media.  I was completely over-whelmed. 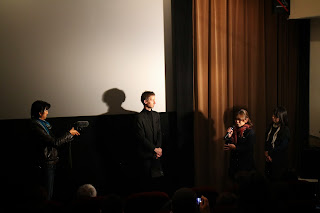 In the lobby after the screening, I was able to offer my personal gratitude to each of the people who appeared in the film, and to ask them for their continued trust as I continue the work to which I am called. 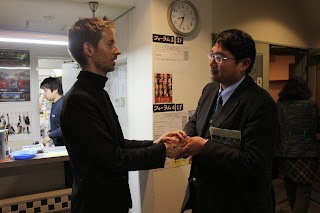 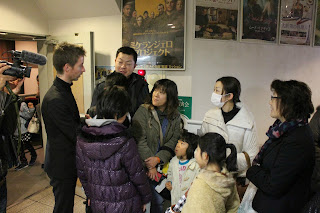 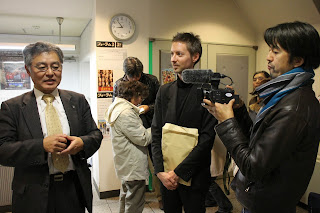 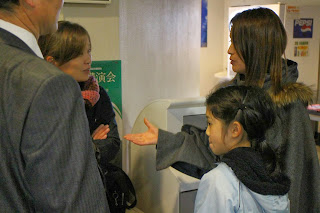 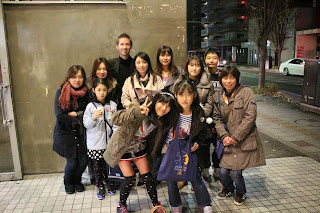 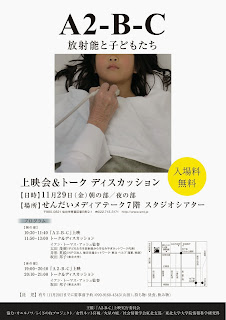 Each of the screenings was followed by a “talk session”.  During the first one, I was honoured to join panelist and Baptist Minister Rev. Hanae Igata, who offered her reaction to the film as well contextualized some of the issues raised in it by speaking about her own experiences with volunteer group Tohoku HELP.  Also on the panel led by Professor Sakata was Mr. Shigeki Ota, a representative of the Miyagi network to protect children from radioactivity and the Marumori and Mountain Farm & miso studio SOYA. 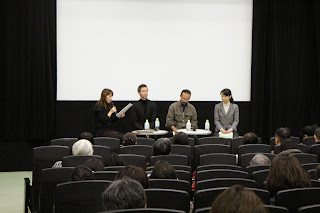 While many of the questions raised by the audience during the two sessions were interesting and relevant, I must admit that I have often been surprised by some of the clearly unrelated comments offered by people at screenings in Japan.  It is as if they have prepared ahead of time questions relating to a personal agenda that they are determined to ask after the screening whether they are relevant or not.  Are these people actually watching the film or are they just rehearsing their question over and over in their heads for 71 minutes?

During the de-briefing with the event staff later that night, I mentioned my confusion at the seemingly disproportionately unrelated things people say during the Q&A’s following domestic screenings.

“In Japan”, I was told by one young mother and event volunteer, “normal people are too worried about what others will think of them to ask a question.”  She then explained that anyone in Japan who quickly raises their hand when you ask if there are any questions is, by nature, “different” and that this accounts for why many of their comments can sometimes be so “individual”.

The people who truly engage with what they are experiencing are too afraid to speak up and the ones controlling the conversation have their own agenda.  Perhaps there are some parallels here to the problems that this country’s government is facing post-Fukushima.

May more of the people like the mothers of ‘A2-B-C’, those with the good questions and many of the answers, have the strength and the courage to start raising their hands, their voices.  And may the ones who have been speaking until now have the awareness to listen.  Amen.
Posted by Ian Thomas Ash at 2:31 am