It was a humbling experience to screen my Fukushima documentary 'A2-B-C' (WEBSITE) in Hiroshima, a city with its own terrible nuclear history.

"I am simply a messenger," I told the audience.  "The message I have is from the Fukushima mothers, and I am delivering it to you through this film." 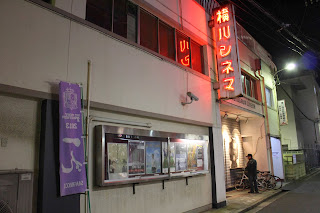 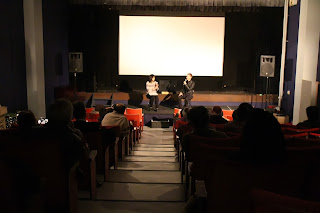 On Saturday I attended the screening of "X nen go (X Number of Years Later)" directed by Ito Hideo (WEBSITE).  The documentary follows the story of a high school history teacher as he tries to track down and document the surviving fisherman of the "Lucky Dragon 5" incident, in which hundreds of Japanese fishing vessels (and not just the "Lucky Dragon 5", as is incorrectly believed by some) were exposed to fallout from nuclear testing by the US.

For anyone who is concerned about Fukushima and the effects of radiation on people's health YEARS after exposure, this film is a MUST see.

Later in the afternoon, I had the honour of sitting on a panel with Mr. Ito (photo below), along with other film directors and the organizers of the Hiroshima Peace Film Festival. 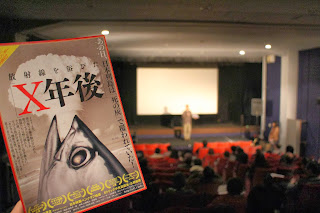 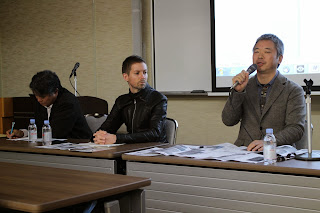 Today, the closing day of the festival, the screenings were held in festival organizer Aohara Satoshi's family's temple, and it was a beautiful atmosphere for watching films about peace and awareness.

I also remarked on how many of the films that were screened this year at the Hiroshima Peace Film Festival were somehow related to Fukushima.  I wondered out loud about what films the festival, which is held every two years, would have been screening had the 2011 disaster in Fukushima not happened.

"If we were to find true Peace," I said, "the need for this festival would no longer exist." 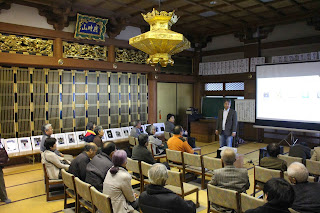