Borrowing this Earth, our island home

Shortly after 'A2-B-C' was screened in Taiwan in October (INFO), I was extremely honoured to receive the following e-mail from Dr. Jen-Ping Chen, National Taiwan University Professor in the Department of Atmospheric Sciences at National Taiwan University (NTU) and the current director of the Global Change Research Center (GCRC) at NTU, in which he asked to screen 'A2-B-C':

As a leading academic organization based in NTU, the GCRC supports cutting-edge environment-related researches and education, and promotes latest green-friendly information to the Taiwan society. One of our regular activities is to play environment-related movies or documentaries in NTU during the academic semester. After each movie or documentary, we also invite experts to lead discussion on the film subject to generate awareness in environmental and ecological issues among students and faculty members.

As you may have known, the nuclear energy issue has raised great concerns not only in Japan but also in other part of the world. Surly Taiwan is no exception.

After explaining that the 'A2-B-C' would also be screening in the GCAA Festival in Taipei in November (INFO), I humbly accepted Dr. Chen's subsequent invitation to visit National Taiwan University, the oldest and most comprehensive university in Taiwan, to speak with the students directly. 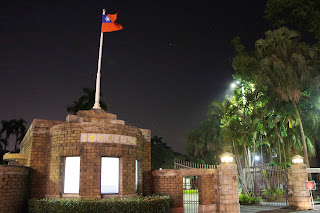 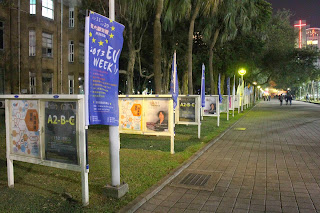 The screening took place this evening in Shih-Liang Hall, located in the Center for the Advancement of Science Education (MAP) and was preceded by a delicious buffet of traditional Taiwanese foods and sweet tea. 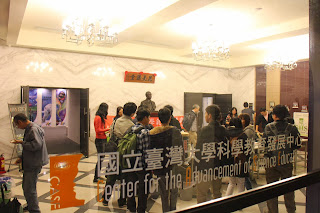 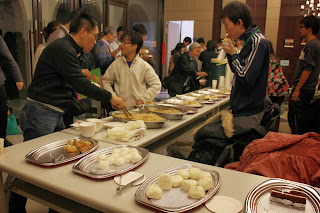 The post-screening discussion was led by Dr. Shiuh-Shen Chien, associate professor in the Department of Geography, and while speaking with Dr. Chien prior to the event,  we discovered that we had both been studying in the UK at the same time several years ago.

In addition to questions taken directly from the audience made up of students and the greater campus community, those in attendance could also write down their questions and submit them to an usher.

Did you meet any difficulties from the government while filming this work?  Has there been any response from the Japanese government since this film has been shown?

At this time, I also asked the GCAA's festival coordinator Mr. Shr-Tzung Tsai, who had accompanied me along with other GCAA members to the university, to explain their position on the threatened cancellation of yesterday's screening of 'A2-B-C' (INFO). 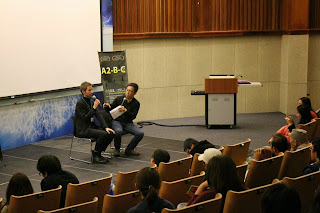 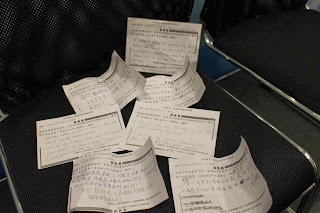 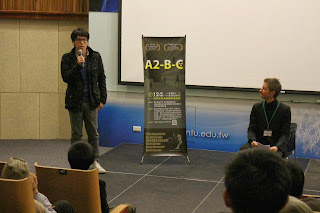 To close the session, Dr. Chien asked the final question:  As someone who has lived, worked and studied in several countries, do you have any advice for the students?

I told the students that in my life I have experienced many problems, and then I asked them, "Of all of the obstacles I have encountered in my life, which do you think has been the biggest one I have had to face?"

The answer?  The biggest obstacle I have ever had to face in my life has been me.  How many years have I spent blaming others for my problems, never accepting any of the blame myself, only to realize later that the cause had been me all along: I had not made enough effort, did not have enough confidence, did not listen to the advice for which I had asked, and the list goes on...

"Don't be your own worst enemy.  Get out of your own way, and you will succeed." 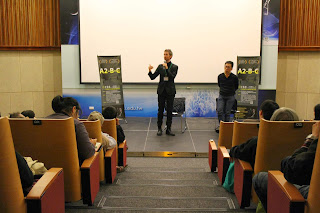 After the Q&A, I was honoured to receive a gift to commemorate my visit to National Taiwan University from Dr. Chen and Dr. Chien, and then we all gathered for a group photo. 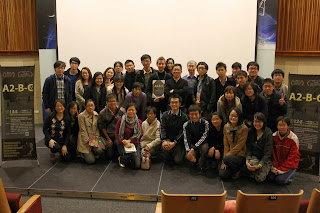 These are the best and brightest students in Taiwan, and it is this generation from which we adults are borrowing this Earth, our island home.

Young people of Taiwan, you are the ones who must decide what is the right nuclear policy for your country as you move forward, for it is you and your children who must live with the consequences. 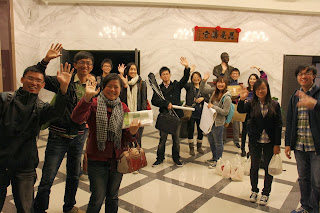 Thank you for coming to NTU !
Both A2-B-C and the talk are brilliant !