The South American Premier of 'A2-B-C' was last night during the Uranium Film Festival in Rio de Janeiro (WEBSITE).

Taking place in the screening room of the film archive at the Modern Art Museum, shortly before the screening, I noticed a plaque outside the theatre (PHOTO below).

The Film Archive of the Museu de Arte Moderna... (is) to serve as a space for debates by the civil society and for the International Film Festival regarding the pillars of Sustainable Development: economic growth and environmental protection.

A perfect place to hold the Uranium Film Festival... 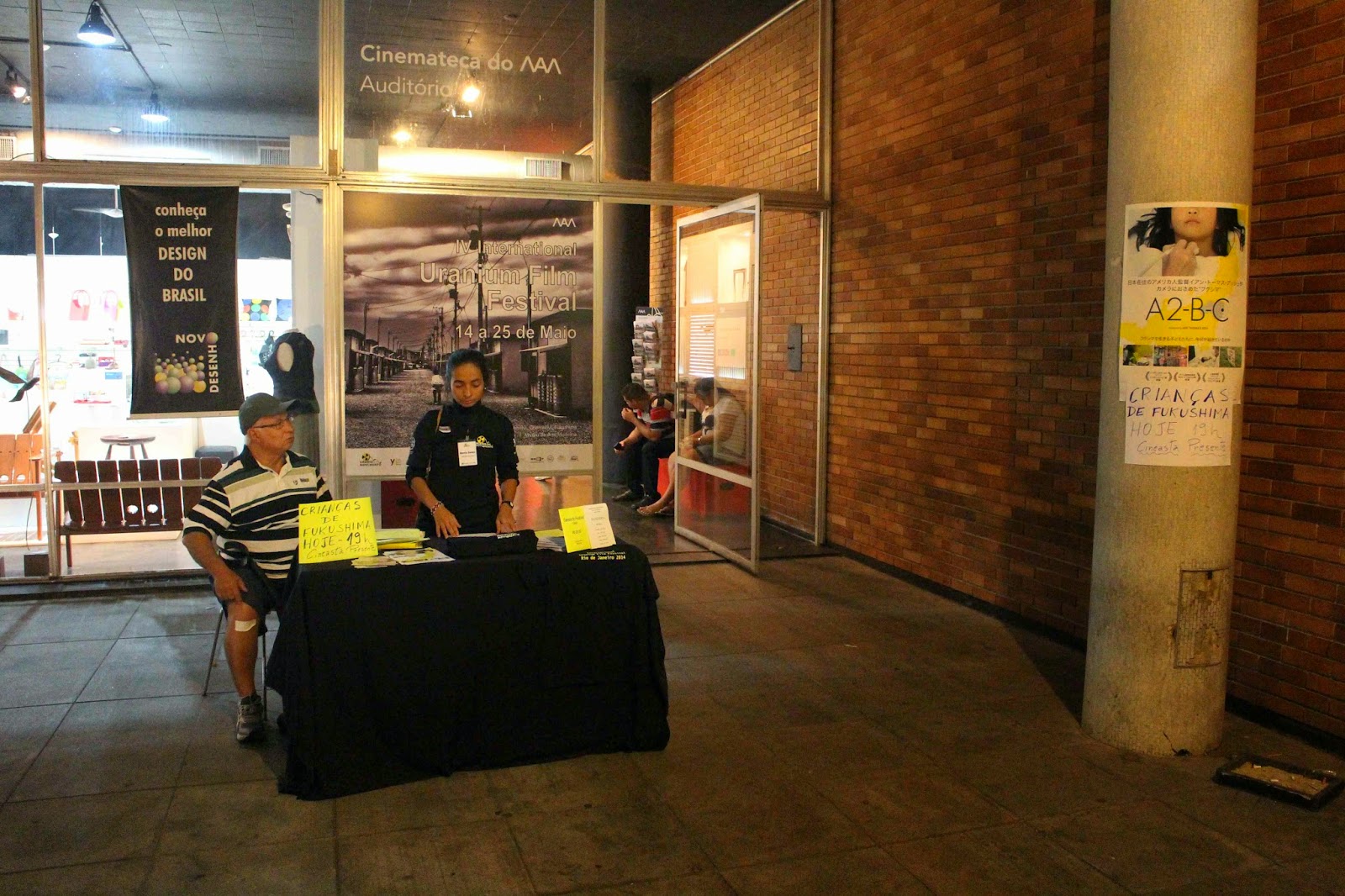 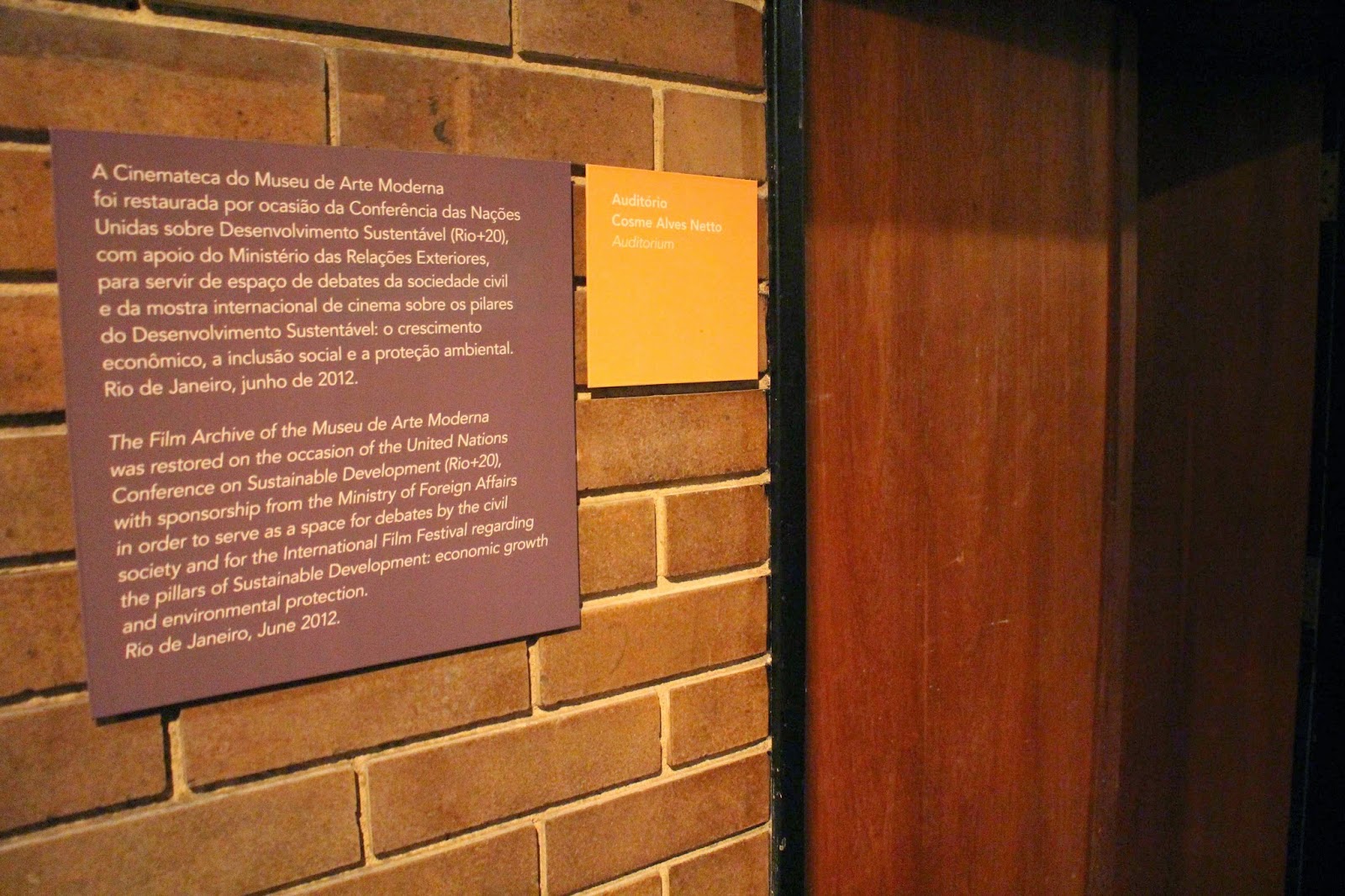 Following the screening, Marcia Gomes de Oliveira, Executive Director, apologized to the audience for not having Portuguese subtitles for five of the Japanese films (including 'A2-B-C') as had been hoped.  The Japan Foundation of Brazil (WEBSITE) had agreed to sponsor the subtitling of the films, but then they had a sudden change of heart at the last minute and rescinded their offer of sponsorship.  The festival organizers were crest-fallen, as were the cinema-goers, and it is justifiably assumed that the Japan Foundation's actions were politically motivated.

Despite this barrier, the screening was well-attended, and I was delighted to see many young people and families in the audience.  The post-screening discussion, led by Norbert G. Suchanek, Festival General Director, covered issues affecting both people in Fukushima and here in Brazil, where there is a strong debate surrounding the building of a third nuclear reactor.

As always, after the Q&A I filmed messages of support for the families in Fukushima from the people who saw the film (recent message compilations HERE). 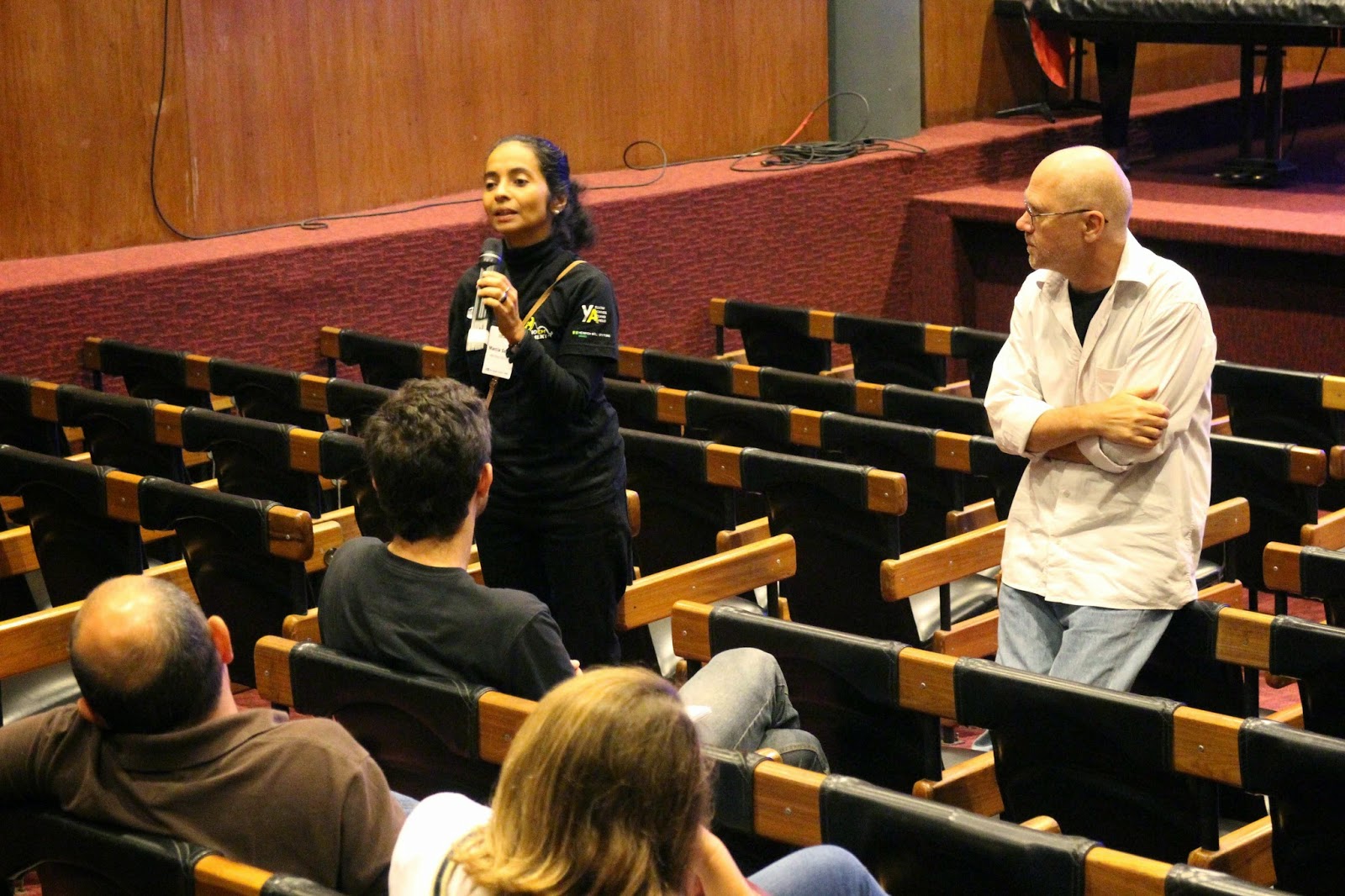 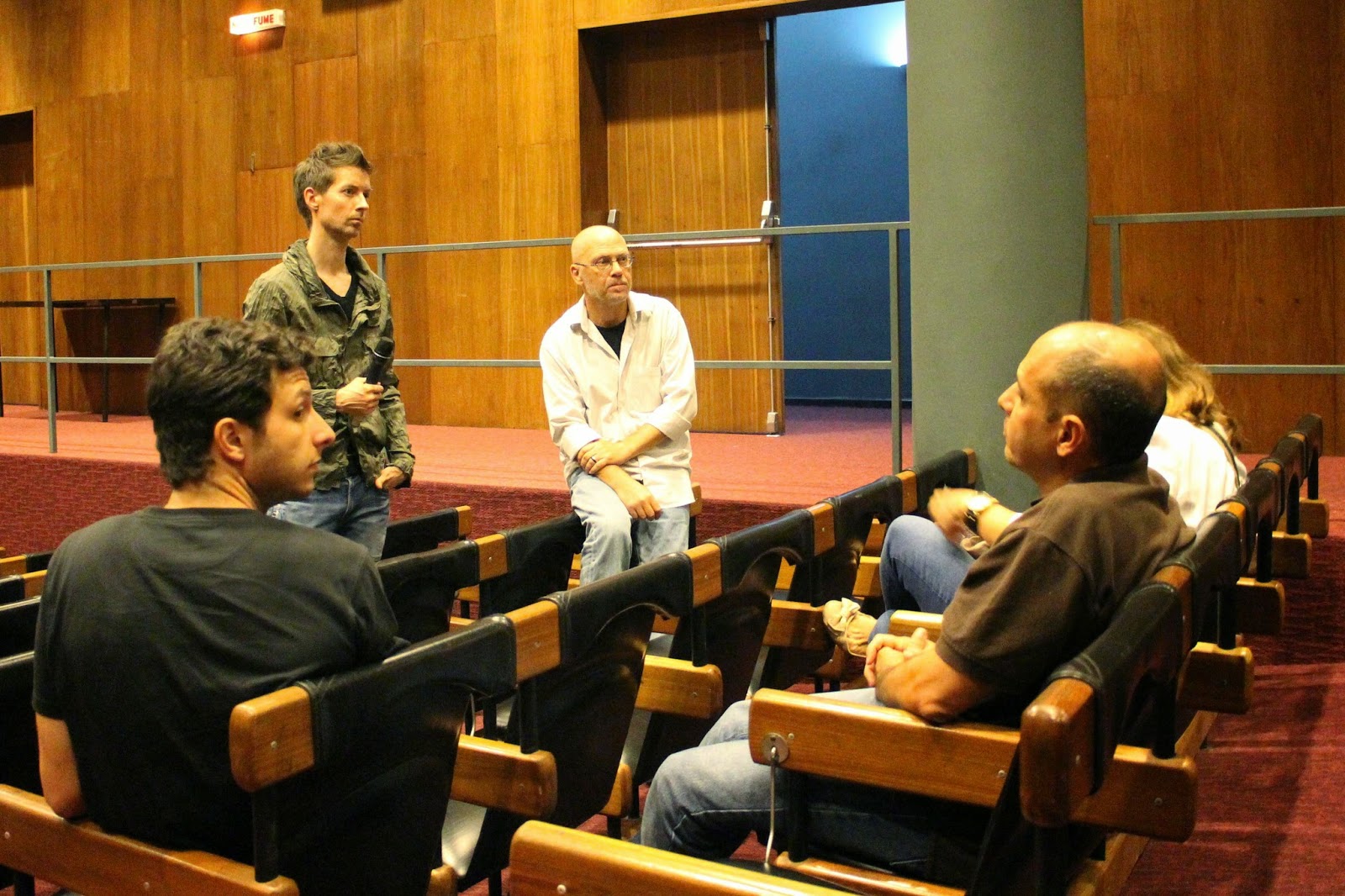 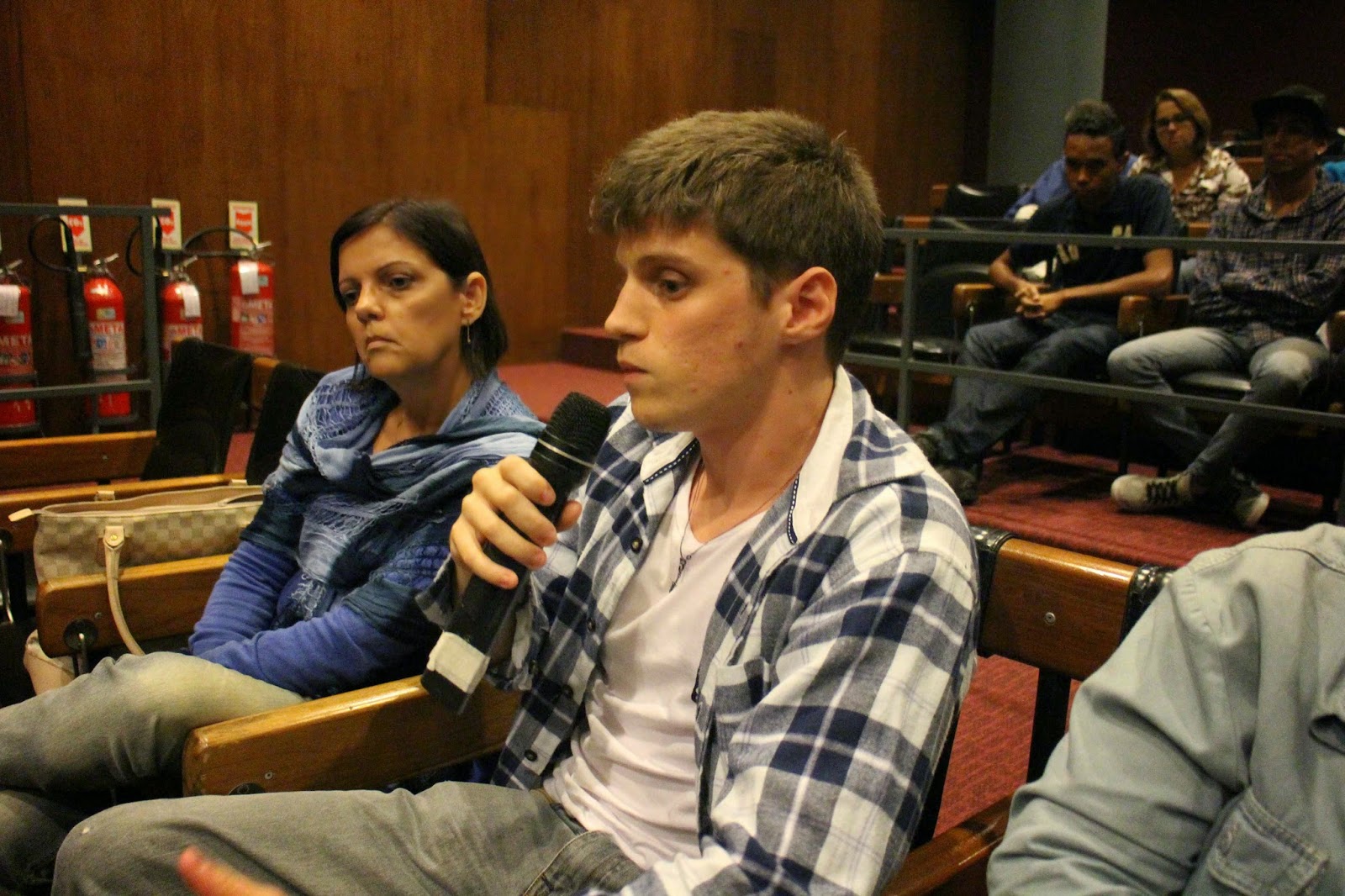 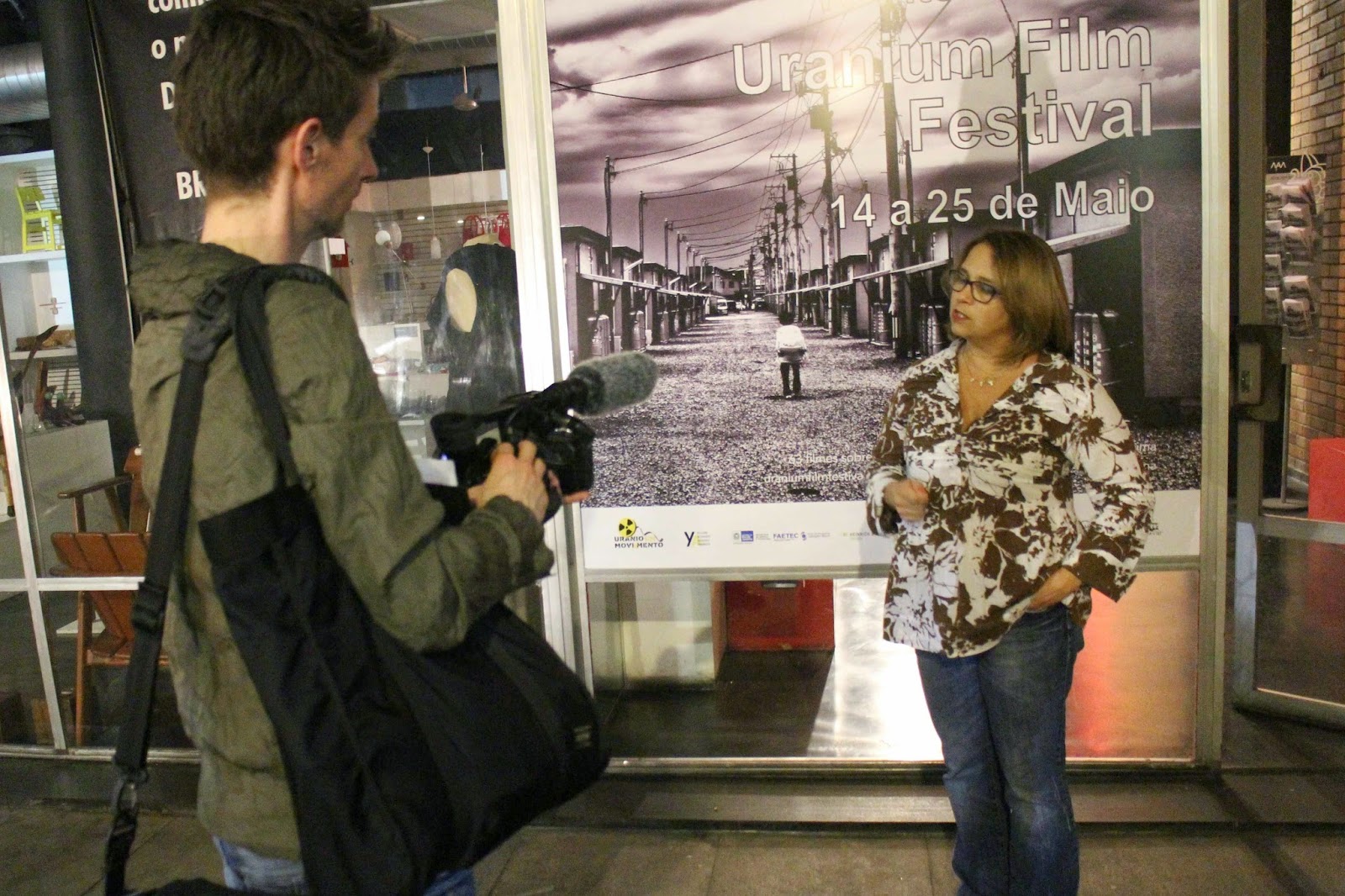 Well, I know what a language barrier is - my English isn't perfect, therefore usually I don't write comments here. However read from a long time. Your blog touches my heart and moves my soul.

I'm Polish, but living in Japan since 2011. Soon the movie will be presented again in my homeland (June 6, Gdańsk) - thank you very much for this. I'm impressed by your goodness and steadfastness.

Thank you so much for your comment. I am so honoured to be able to present 'A2-B-C' in Poland again next month!

Thank you for your continued support!